A Gun Goes Off During Jan and Chloe’s Struggle — Plus, Ben’s Arrival Sets the Cabin on Fire With Claire Inside

Thursday, June 3, 2021: Today on Days of Our Lives, Jan has demands for Philip, Ben puts Claire in more danger, and Chanel presents a surprising plan to Abe. 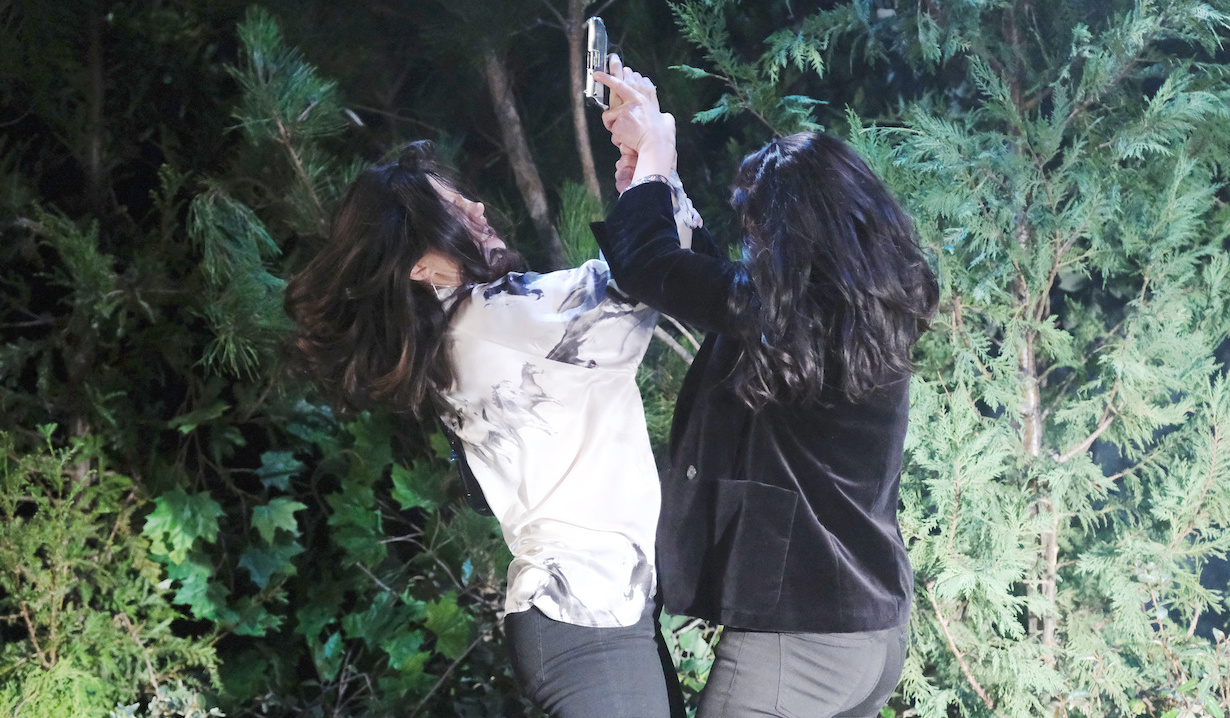 Abe finds Paulina talking to herself about her mysterious plans for the Square. She covers by saying she was giving herself a motivational speech. Abe thinks Tom and Alice would have loved what she is trying to do. Paulina mutters that she isn’t so sure. He says he convinced the city council to change the zoning rules so they can create one big marketplace. To attract new tenants, the council will offer tax breaks (which Paulina loves) and free rent to qualified applicants for the first year (which she does not). Paulina reminds him she won’t make money that way. After they debate it, he explains the city will pay the rent so she’ll still get her money. She complains it will at a lower rate. She wishes she had been informed of this altruism before she invested her money. Abe retorts she should have been more above board about her plans. Paulina’s a little disappointed but believes they can make it work for both of them.

Chanel finds Lani enjoying the cookies she made at home. Chanel calls them “Sweet Bits”. Lani tells her cousin she knows she saw Eli in the buff the other day. Chanel gushes over his impressive physical attributes. Lani calls Chanel disrespectful for objectifying a man, or anyone, like that. Chanel promises not to talk about Lani’s husband that way anymore. Lani brings up Chanel’s job and living prospects. Chanel shares she’s going to apply for Abe’s business initiative. She wants to open a bakery. Lani is supportive, thinking her owning a business will help repair her relationship with her mom. Chanel is scared she’ll screw up but likes the idea of being an independent woman.

Chanel finds Paulina and Abe in the Square. Mother and daughter have a tense reunion. Chanel puts a stop to their bickering and sincerely apologizes. Paulina isn’t receptive at first but eventually apologizes as well. Chanel then gives Abe her application and a business proposal for his program. Paulina gives her daughter a concerned look. 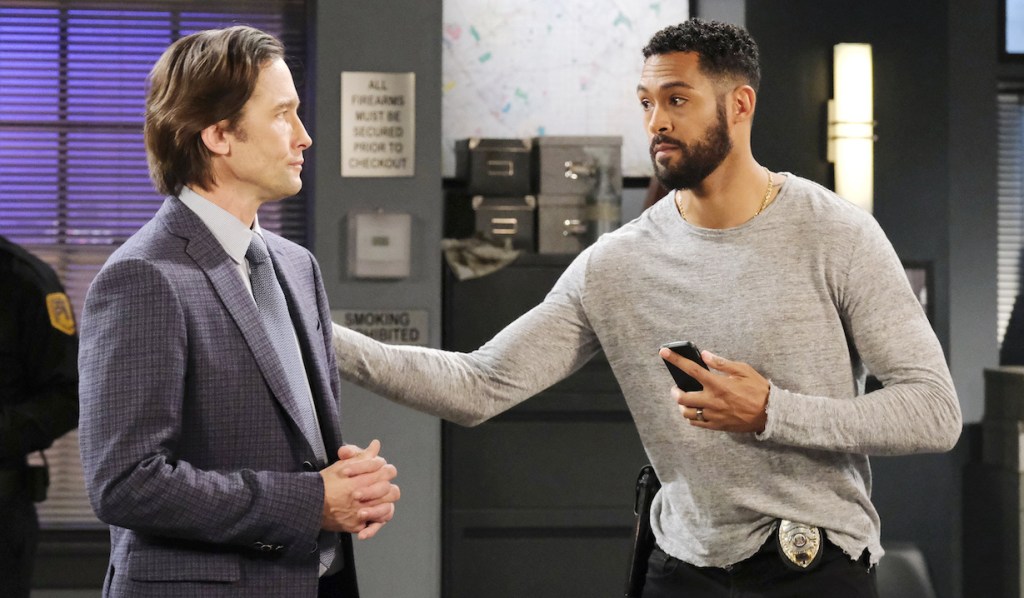 At the SPD, Philip fills Eli in on Belle’s plan to free Claire from Jan and worries about what she’ll do to Chloe. When Eli prods, Philip shares that Chloe is the first and maybe only woman he’s ever loved. He never got a chance to tell her how he feels and now it might be too late. Eli promises they’ll find Chloe and walks away to take a call.

Jan points a gun at Chloe who drives a car. Over the phone, Jan tells Shawn she left Claire in the cabin where she tried to torch Ciara. She’s still alive but she won’t be by the time he gets there. She hangs up. 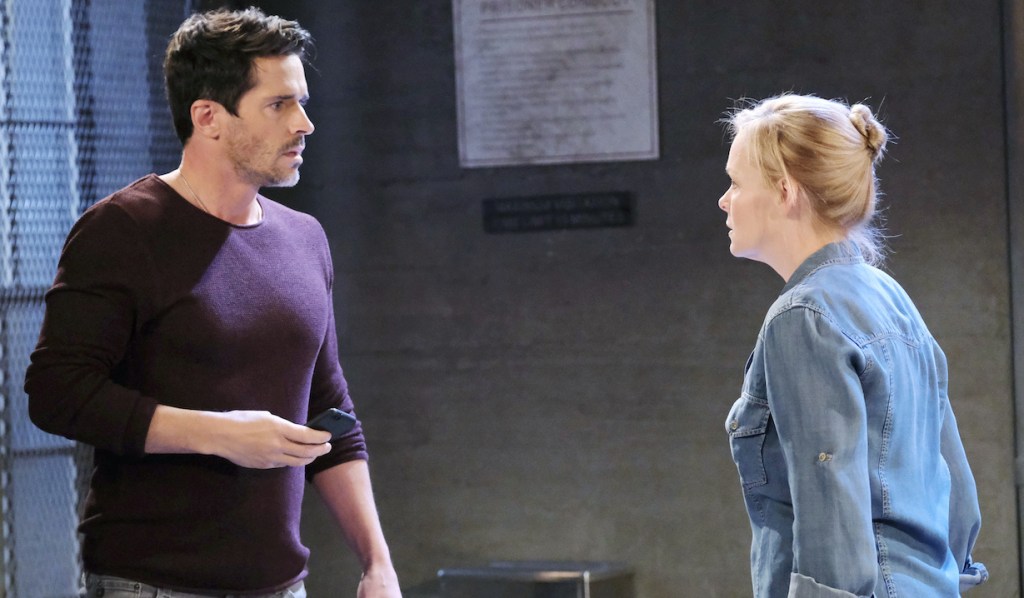 In the prison visitors’ room, Shawn vows to Belle he won’t let Claire die. He kisses her and runs out. Belle sinks down onto a chair in tears.

Jan leads Chloe at gunpoint to the airfield. She’s going to give an unlucky soul the chance to save her… but who? She calls Philip and demands money, a jet and a lot of gummy bears for the flight. Philip agrees. Eli returns to Philip at the station. Eli relays that they know where Claire is but there’s no word on Chloe. Philip thanks him and abruptly leaves. 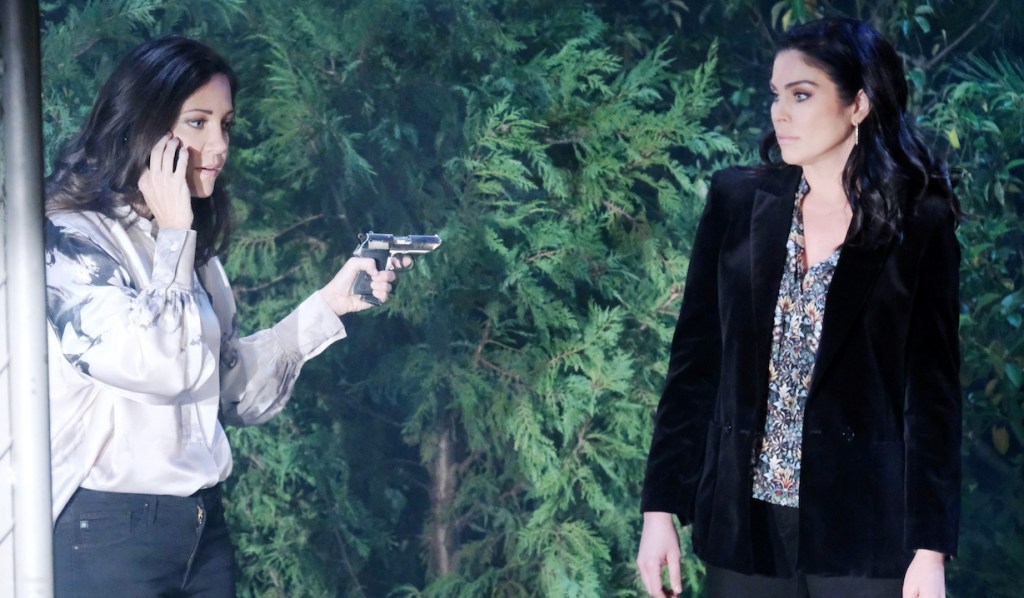 Philip arrives at the airfield but he won’t release the money to Jan until she lets Chloe go. Jan says she’ll release Chloe when she gets to her destination. Chloe elbows Jan. They struggle for the gun. It goes off. 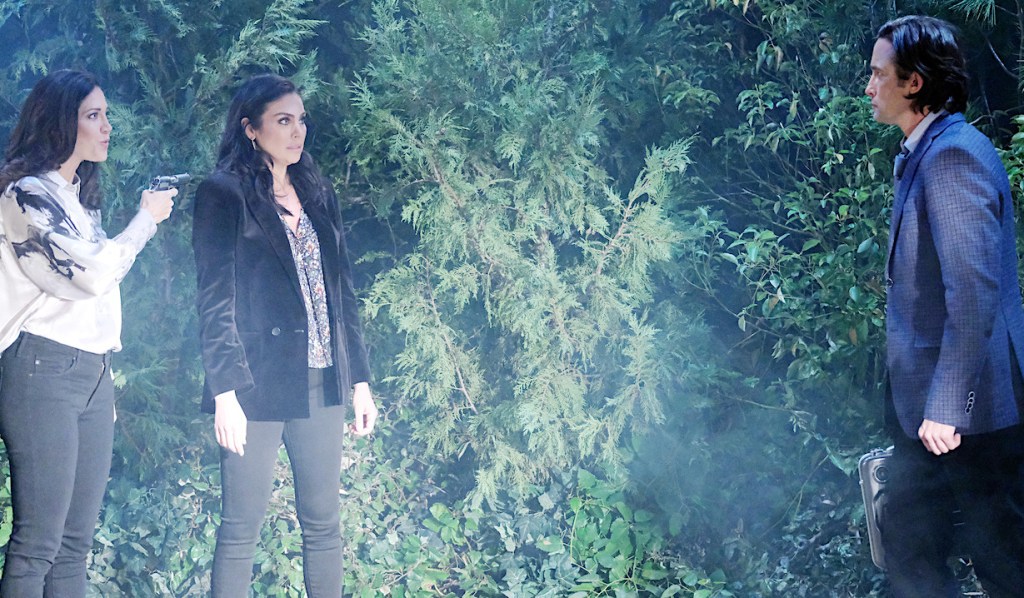 When Ben enters the cabin, he knocks over the lantern Jan placed directly in front of the door. Fire lights up the trail of gasoline on the floor. Claire struggles to break free of her restraints as Ben frantically puts out the fire. Ben frees Claire while blaming himself for her predicament. He mentions manifesting Jordan out of guilt. She blames herself for kissing him. Ben doesn’t think now is the time to talk about him and gets her to open up about her ordeal. Claire beats herself up for what she did to Ciara in that cabin. Ben hands her the locket he found with Claire and Ciara’s childhood photos in it. She misses when they were that close.

More: Sami gets a surprise visit from EJ next week

Shawn arrives and embraces his daughter. They fill him in on what happened. Shawn realizes Jan wanted him to be the one to open the door and set the cabin on fire. Ben hangs back as Shawn leads his daughter away. Alone, Ben pulls out the divorce papers but he can’t bring himself to sign them.

Shawn brings Claire to the prison. He smiles as Claire runs into Belle’s arms. 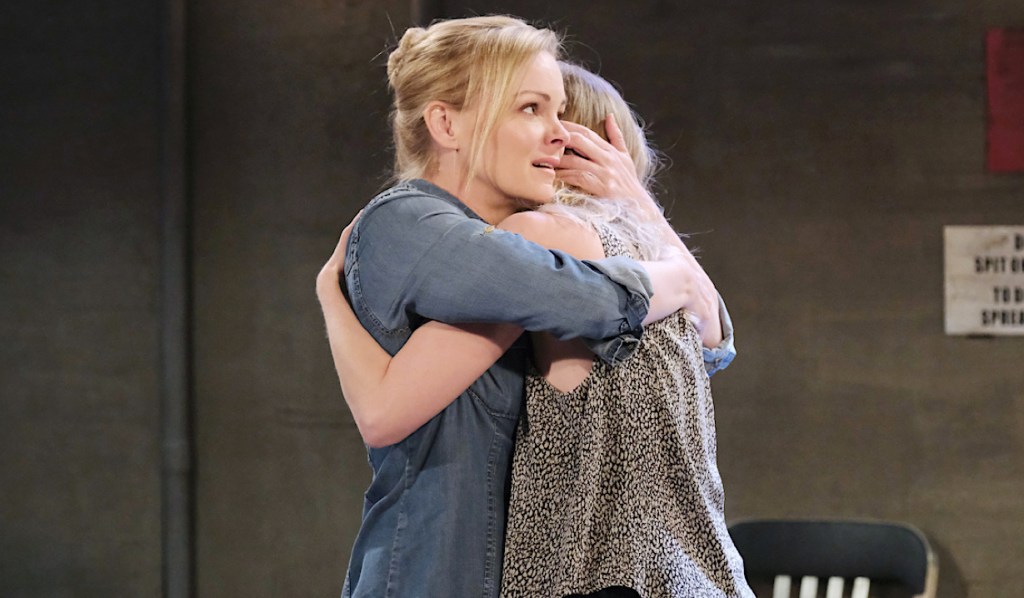 Next on Days of Our Lives: Chanel makes Allie an offer and Tripp gets suspicious of Dr. Snyder and Gwen.

Look through 5 reasons Chloe and Philip should be together in our photo gallery below and then get your free daily soap-opera fix for Days of Our Lives — and all of the other daytime dramas — delivered straight to your email inbox by signing up for Soaps.com’s newsletter. 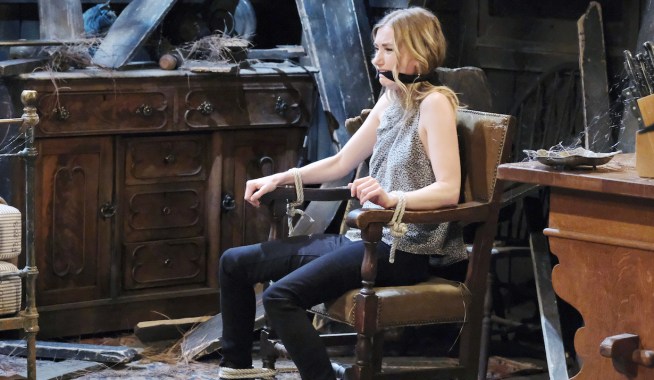 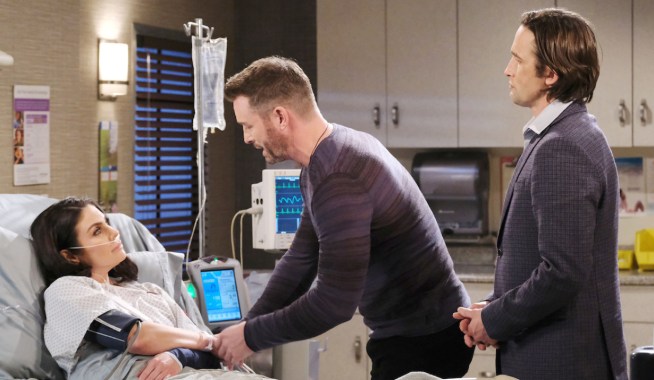