Tuesday, May 11, 2021: Today on Days of Our Lives, Xander continues his drunken spree, Jake makes a confession, and Ava and Rafe go on a date. 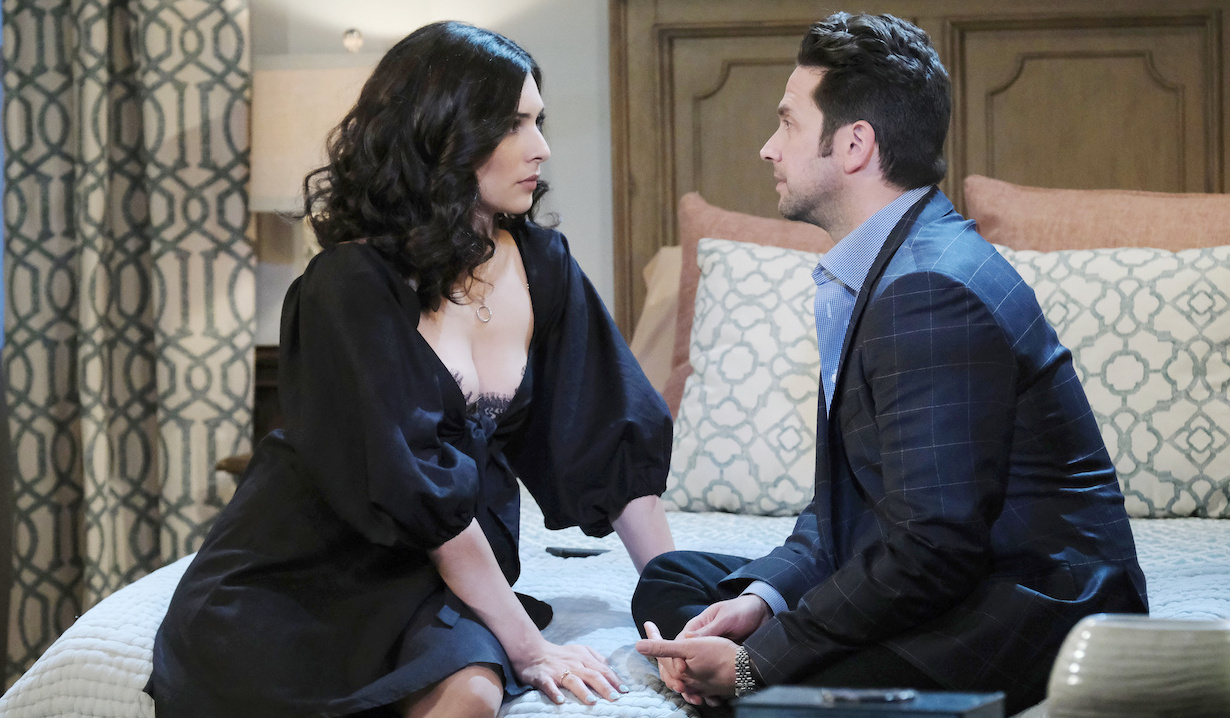 In Nicole’s apartment, she puts on a big smile as she helps Ava pick out a dress for her date with Rafe. When Ava steps away to try one on, Nicole’s smile fades. She thinks of Rafe and pours herself a drink. Ava returns in a low-cut red dress and asks if Nicole is okay with her going out with Rafe. Nicole pretends she is and then ushers Ava out when Eric calls.

Nicole yells at Eric on the phone about him not coming home. She says she needs him there and hangs up on him. He calls back but she ignores it and pulls. Nicole calls Rafe but gets his voicemail. She hangs up and leaves. 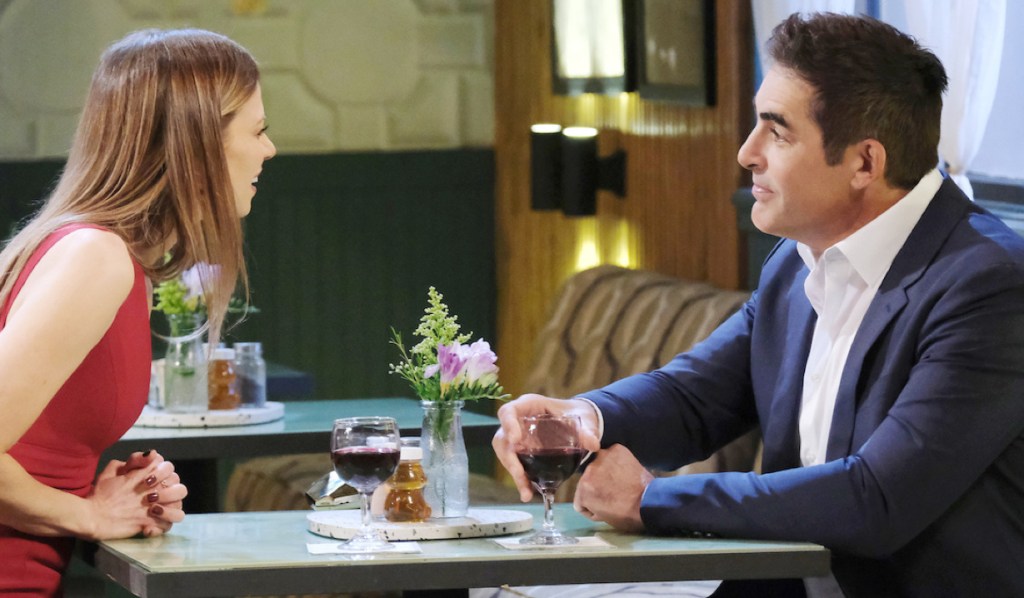 Ava meets Rafe at Julie’s Place. Rafe confesses he’s nervous because it’s been a long time since he’s been on a date. Ava doesn’t think she’s ever been on a proper one. Rafe suggests they forget about the past and focus on each other. After dinner, Ava steps away to freshen up. Rafe pulls out his phone sees a missed call from Nicole. He sighs.

A call from Philip interrupts Gabi and Jake as they almost kiss in her bedroom. Philip needs Gabi to come to the office to handle a Gabi Chic emergency. Gabi reiterates to Jake she won’t be Kate’s sloppy seconds and leaves. 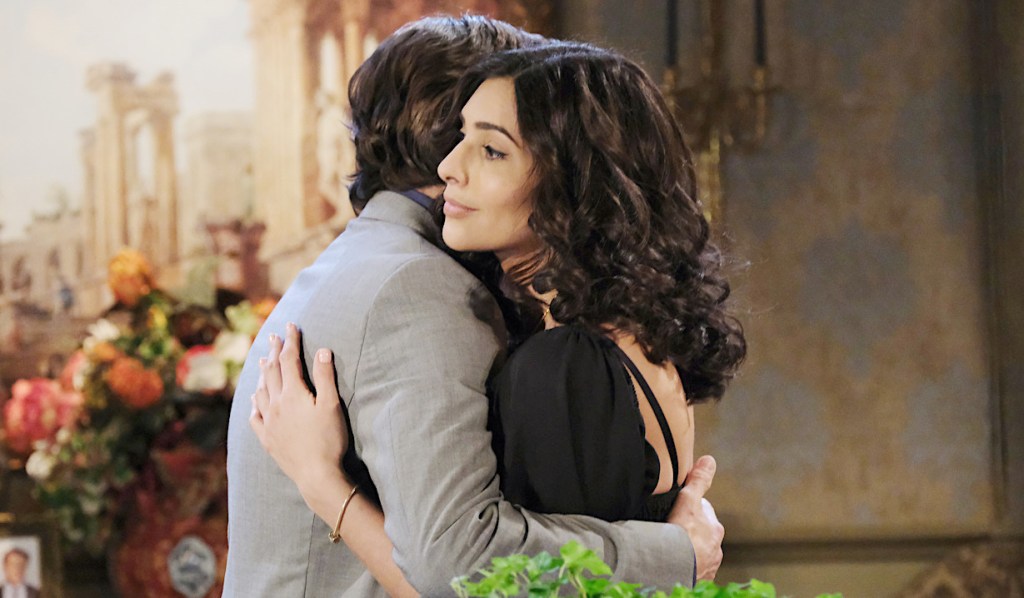 At Titan, Gabi learns the measurements on her dresses got screwed up. Instead of adult clothing, her shipment consists of miniature outfits. However, she thinks they can sell them as doll clothes so they don’t take a loss. Philip loves it and hugs her. He pulls back believing she’s thinking about Jake. Gabi insists she’s over him but relays Jake’s claims that Kate is missing. Philip will make some calls and lets Gabi get back to her evening.

After getting hauled into the police station for drunkenly trying to sell his diamond ring in the Square, Xander stumbles into Brady’s Pub. He sits at the bar with Jake. Xander notes Jake is drowning his sorrows over a woman. Jake corrects him, “Two of them actually.” They toast to “the women who ain’t here no more.” Jake admits he belongs with Gabi but he blew it. Xander says they need to stop pretending to be something they aren’t. They are bad boys, he declares and suggests Jake hurt “her” before “she” has a chance to hurt him. Jake calls it good advice and walks out. 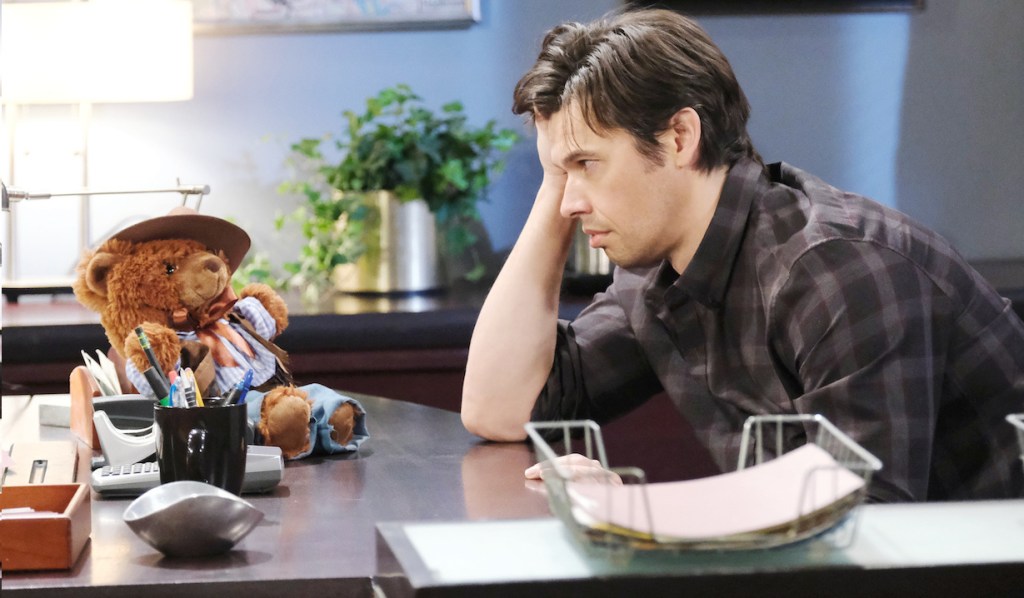 Nicole enters the Pub and sits at the bar. After sniping at each other, Nicole and Xander commiserate over heartbreak. Xander tells Nicole they need to re-embrace their dark sides. Nicole doesn’t know about that but she does need to embrace another drink.

Gabi returns to the mansion. Jake downs his scotch and tells Gabi she was right. He wants to be with her. She says she wants him too. They grab each other and kiss hard, making their way upstairs to the bedroom. They passionately make out while taking off their clothes. Jake picks Gabi up. They land on the bed and have sex. 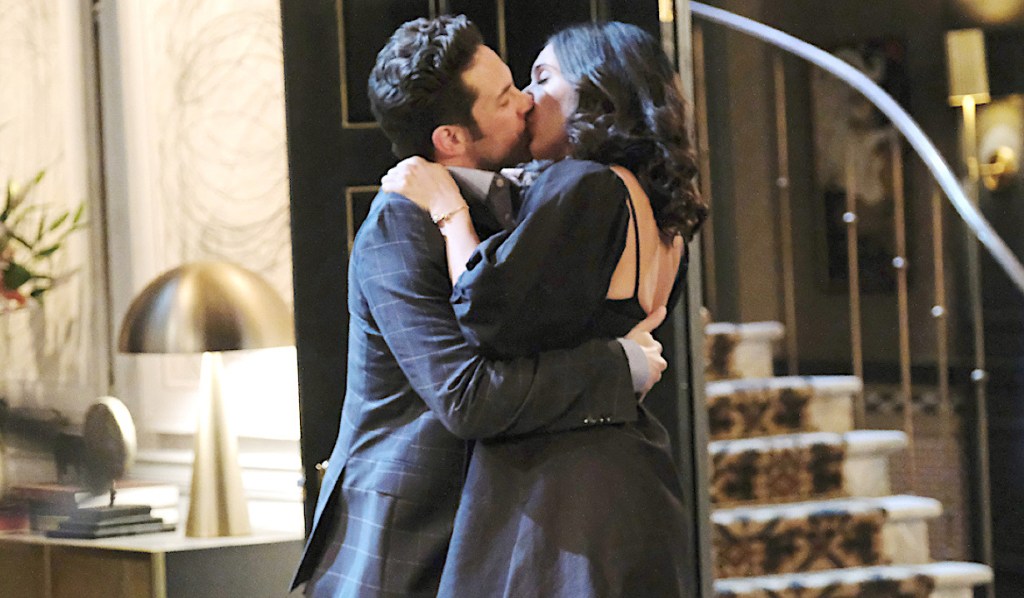 Brady wakes up to Chloe sitting by his hospital bedside. He struggles to say that Kristen is not Kristen and passes out. “Kate” enters. She frantically asks if he’s going to be okay. Chloe asks why “Kate” is there. “Kate” says she thought Brady was her son. “Kate” wonders why Chloe isn’t with Lucas herself. Chloe says, “My place is right here with Brady.” “Kate” glares at Chloe reminding her Lucas has a tumor. Chloe declares Lucas isn’t dying and refocuses her energy on Brady.

In the lobby, Sami and Lucas wonder why Kate blew Lucas off. Sami muses that “Kate” is really Kristen, who reappears. Sami and Lucas confront “Kate” about being Kristen. “Kate” lashes out and stomps off. Sami is convinced that was Kristen but Lucas wonders if that was Kristen, where the hell is his mother? Sami suggests Kristen kidnapped her and urges Lucas to call his mother. She leaves to find John and Marlena to tell them about Brady.

Back in his room, Brady wakes up. Chloe asks what he was trying to say about Kristen. He can’t form words and closes his eyes again. Kristen enters dressed in scrubs and a face mask.

After getting cut off at the Pub, Xander invites Nicole up to his room to indulge in the minibar. Sami walks through the Square and sees them enter the Salem Inn. She says to herself, “What the hell was that?”

Next on Days of Our Lives: Nicole confides in Xander, and Steve reacts to Rafe and Ava’s date.

Look through our photo gallery of funny outtakes from soap star photo shoots over the years. Then, get your free daily soap-opera fix for Days of Our Lives — and all of the other daytime dramas — delivered straight to your email inbox by signing up for Soaps.com’s newsletter. 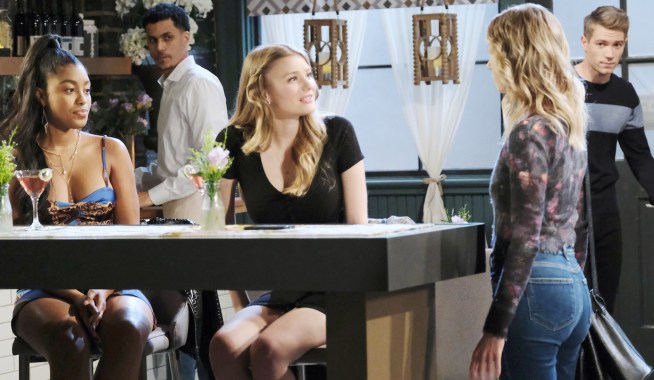 Chanel's Outburst Leads to an Unexpected Moment for Tripp and Allie — Plus, Kristen's Antics Result in Brady Flatlining 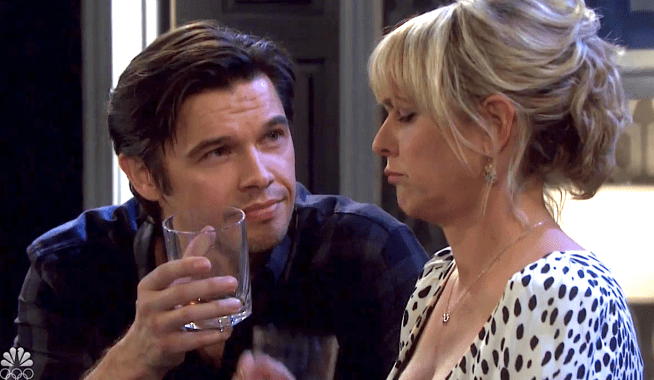