A Drunken Xander Gets Down on One Knee With Claire — Plus, Belle Has an Epiphany About the Wannabe Mrs. Jan Brady

Wednesday, May 5, 2021: Today on Days of Our Lives, Shawn pokes holes in Belle's theory, Xander feels sorry for himself, and Chanel finds a place to land. 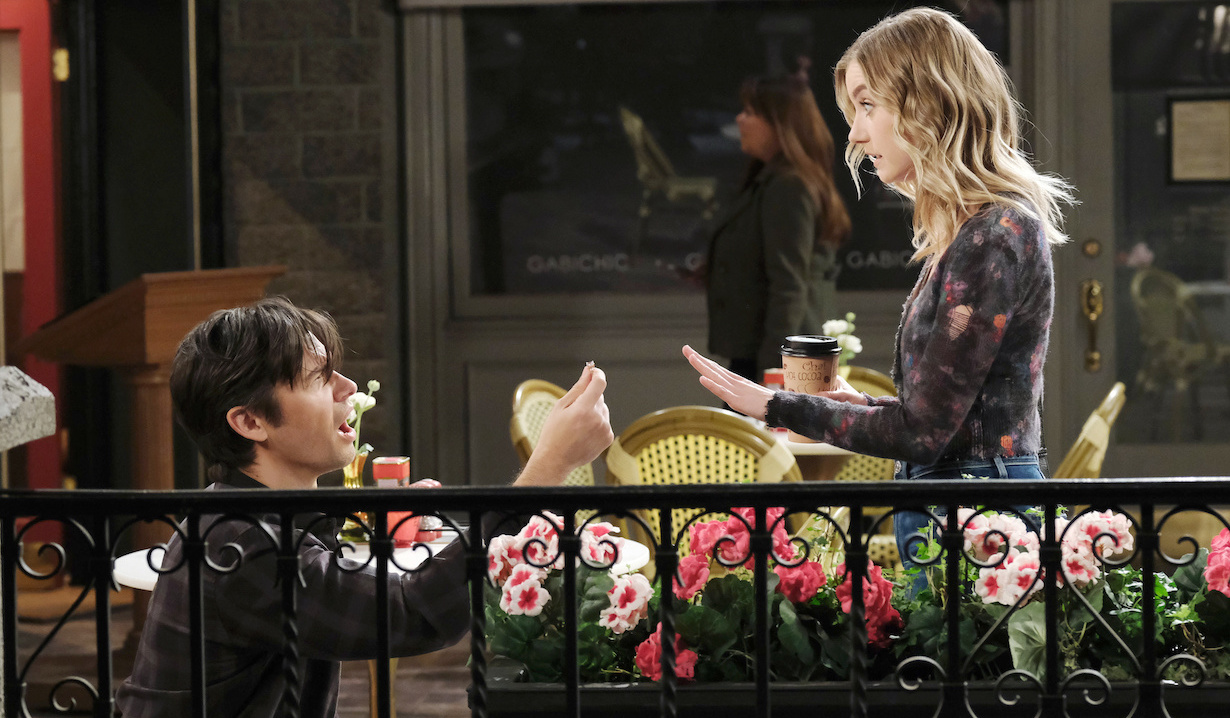 After Bonnie drowns his breakfast in hot sauce at Brady’s Pub, Justin gets called away on business. As Bonnie reads from her tablet about Belle’s arrest, Jan sits across from her. Jan lets slip she knows about John’s recording. Suspicious, Bonnie wonders how. Jan responds that Belle is her mortal enemy so she’s been following the case very closely to make sure she fries. Bonnie mocks her for still wanting Shawn. She laughs when she realizes if they married, her name would be Jan Brady. Jan retorts that Bonnie is a poor man’s version of Justin’s dead wife. Bonnie warns Jan not to underestimate Belle and walks out. 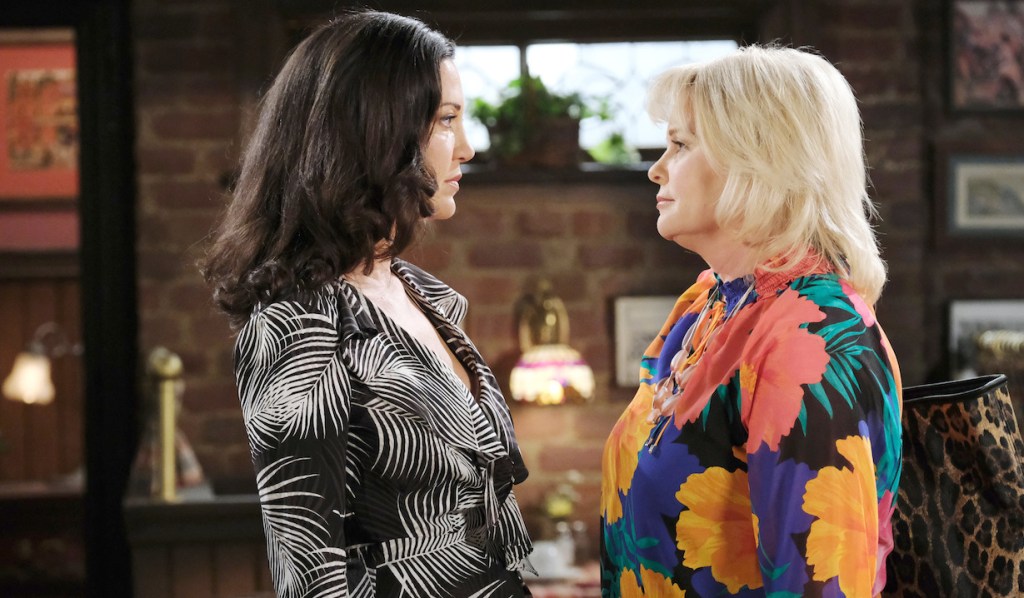 Shawn and Belle visit Marlena at home and learn John has been called back to the police station. He’s being threatened with obstruction of justice regarding his statement about Charlie’s murder. Belle knows he’s protecting her and wants to be there as his lawyer. Shawn thinks that’s a bad idea. Besides, Marlena tells her Justin is representing him. They wonder how the police got the recording of his hypnosis session. When Marlena recalls that Jan showed up, they realize she could have been the one to tip off Trask. Belle goes so far as to assume Jan set everything up from the beginning. It would make perfect sense if Jan killed Charlie so Belle would take the fall. Shawn reminds her Jan was in a coma when Charlie was murdered. 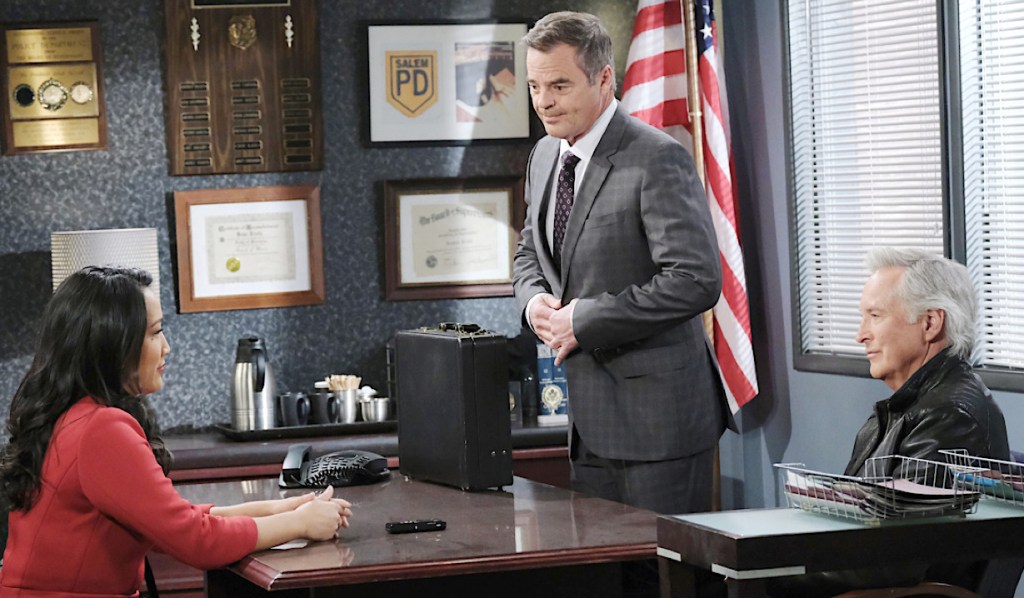 At the station, Trask plays John his recording of saying Belle shot Charlie. She won’t let him stonewall her like he did Detective Hernandez. She wants a statement corroborating what he said on the recording. John won’t say anything until his lawyer gets there. Justin enters and instructs John not to speak. Trask declares Belle will have to answer for John’s recording one way or another.

Alone, John worries to Justin that the recording won’t be thrown out in court. He won’t be the one to put his daughter in prison. They have to figure out who’s framing Belle before it’s too late.

More: The soap couple we didn’t know we needed 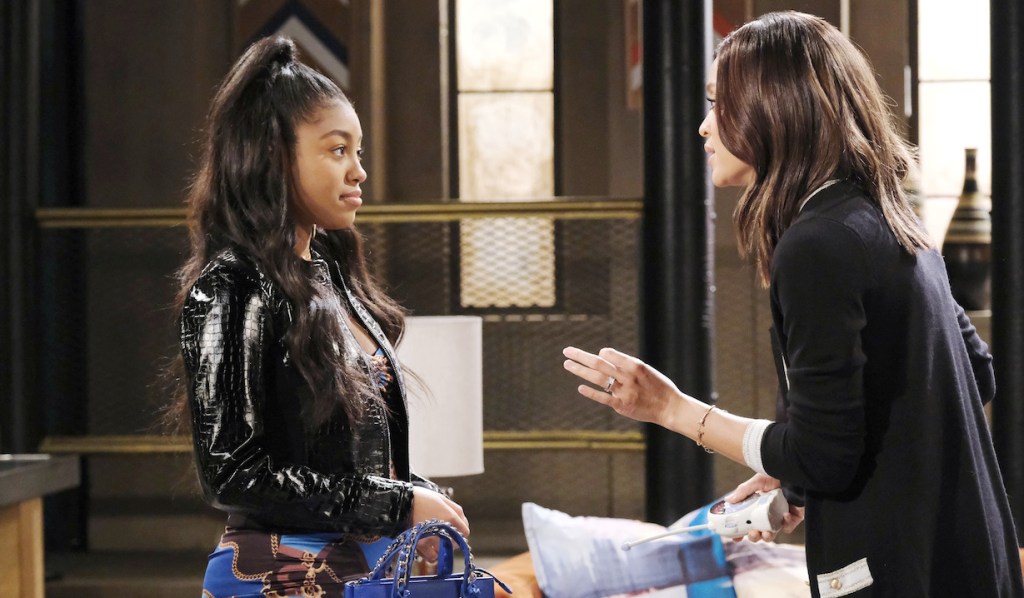 Chanel shows up on Lani’s doorstep with her luggage. She was hoping she could move in with her and Eli because she has nowhere else to go. Lani says even if she could help her, she’s not sure she should. Chanel knows she was an idiot for marrying Xander and thinking she could fool her mother. She’s all alone now though since Paulina hates her and Theo moved back to Johannesburg. Lani won’t let her move in but offers to help her find a job, maybe at the police station. Chanel could never work for the cops. Lani suggests she be her nanny instead. Chanel calls it a demeaning domestic job that doesn’t fit her lifestyle. Lani reminds her without a job she’ll end up on the street. When Chanel appeals to her again, Lani offers to let her stay on the couch while they figure out something more long-term.

More: Will Grey’s Anatomy’s Japril reunion lead to a return? 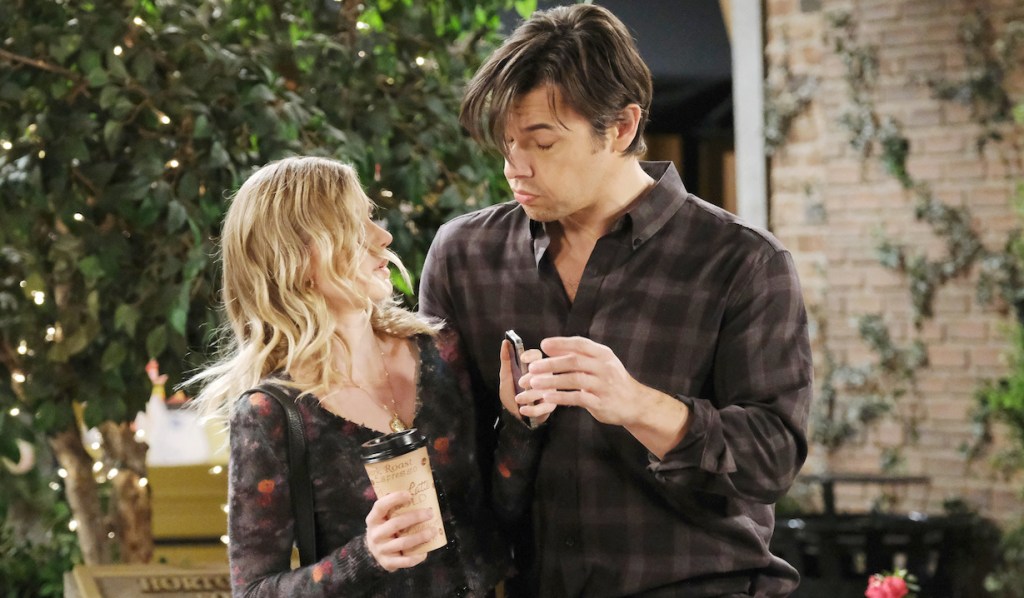 Claire literally bumps into a very drunk Xander in the Square. When she realizes he’s not only drunk but heartbroken, Xander declares he worked hard to be better. Sarah had no right to walk out of him. Claire tells Xander to pull himself together and move on. Xander says he tried to with Chanel but she was just using him for money. Claire can’t believe he married her. Xander looks through his pockets and finds Sarah’s engagement ring. He gets on one knee to pick it up after it falls. Xander holds it out to her and starts to ask a question. Claire says, “You have got to be kidding me,” reminding him they’re related. Even if they weren’t, she wouldn’t marry him. Xander is appalled. He wasn’t proposing. He just wondered if she’d buy the ring from him. “Hard pass,” she says. Xander admits to Claire he’s never been so down and it’s all because of the love of a good woman. Claire tells him to stop wallowing and do something about it. 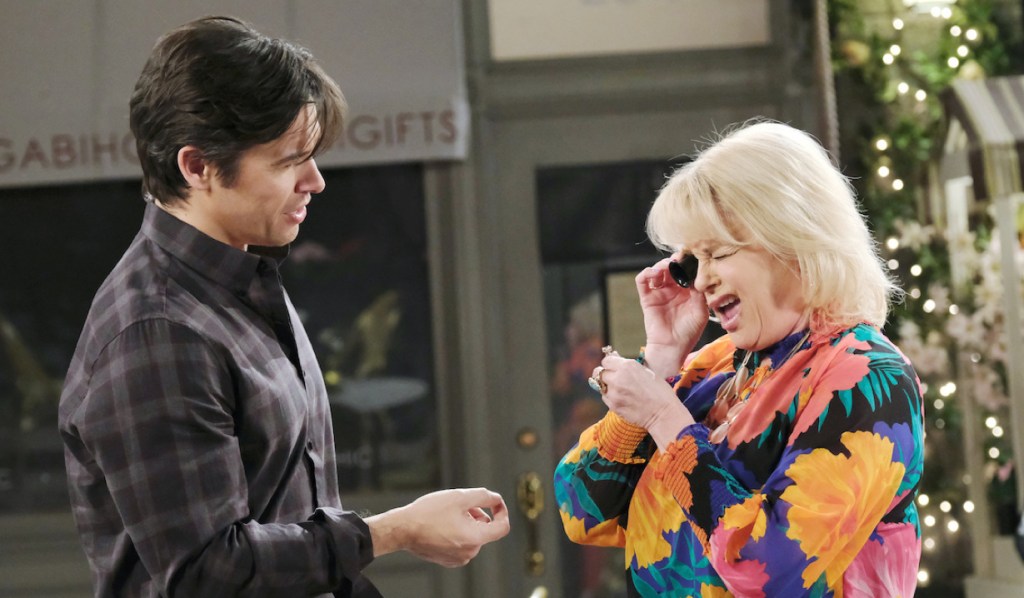 After Claire has left the Square, Xander sees Bonnie walk by. He asks if she’d like to buy his ring. Bonnie inspects it, impressed with the clarity. She’ll tell Justin about it in case he wants to propose to someone special.

Claire enters Brady’s Pub and hears Jan say, “I don’t care what Bonnie says, by the time this is over, I am going to be Mrs. Jan Brady.”

Next on Days of Our Lives: Allie runs into an old friend.

Judi Evans is just one actress to play two characters in one show. Look through our photo gallery of more actors who’ve taken on dual roles on the same soap and then get your free daily soap-opera fix for Days of Our Lives — and all of the other daytime dramas — delivered straight to your email inbox by signing up for Soaps.com’s newsletter. 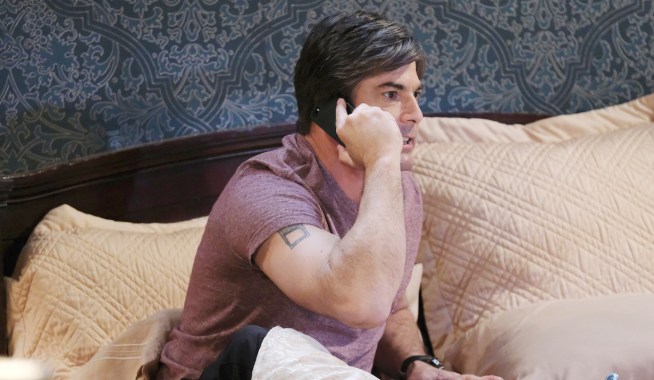 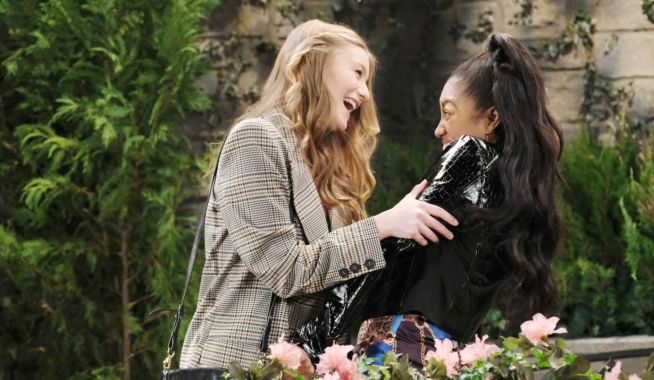