Tuesday, April 27, 2021: Today on Days of Our Lives, Belle has a realization, Ciara says her goodbyes, and Ava comforts a disappointed Rafe. 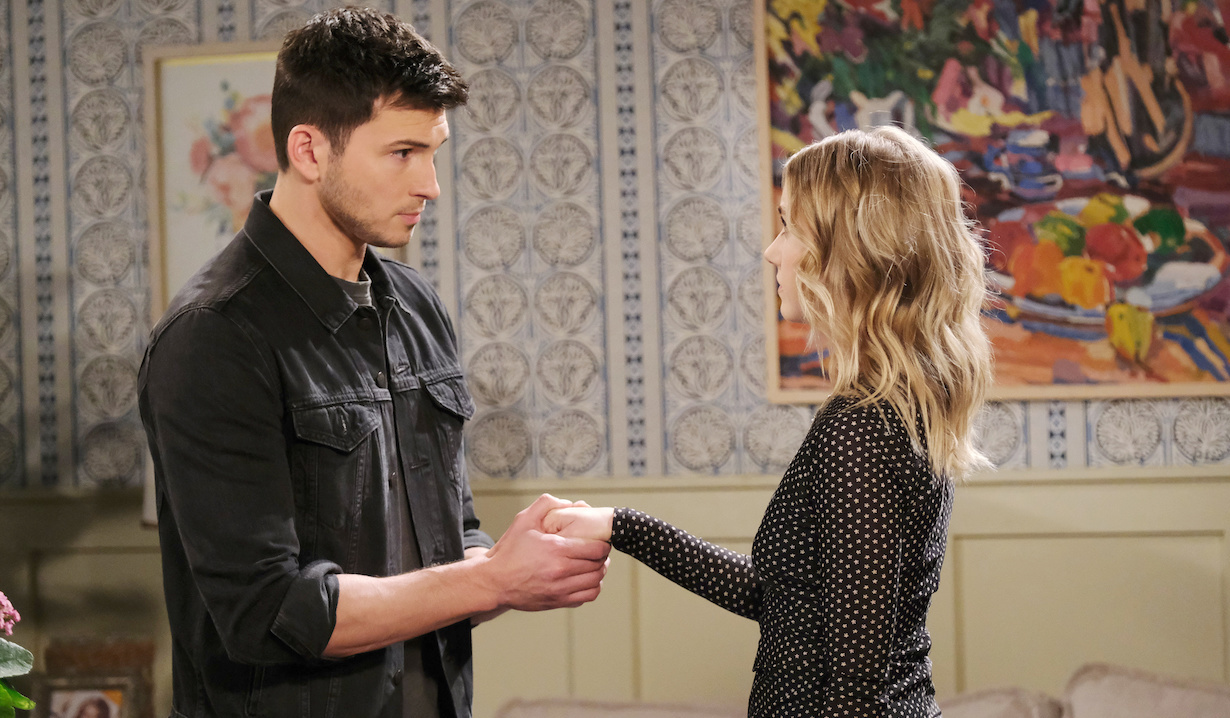 Jan walks by Nicole in the Square as she reads about Belle’s arrest on her tablet. Jan says, “Shocking. Isn’t it?” After the women snark at each other, Nicole says it doesn’t seem like something Belle would do. Jan says the evidence laid out in the article suggests otherwise. Jan thinks Charlie got what he deserved after terrorizing Claire. She felt like she could have killed him herself… but she was in a coma. After Nicole gets in digs about Jan being in love with married man Shawn, Jan shoots back that maybe a married Nicole is in love with Rafe. 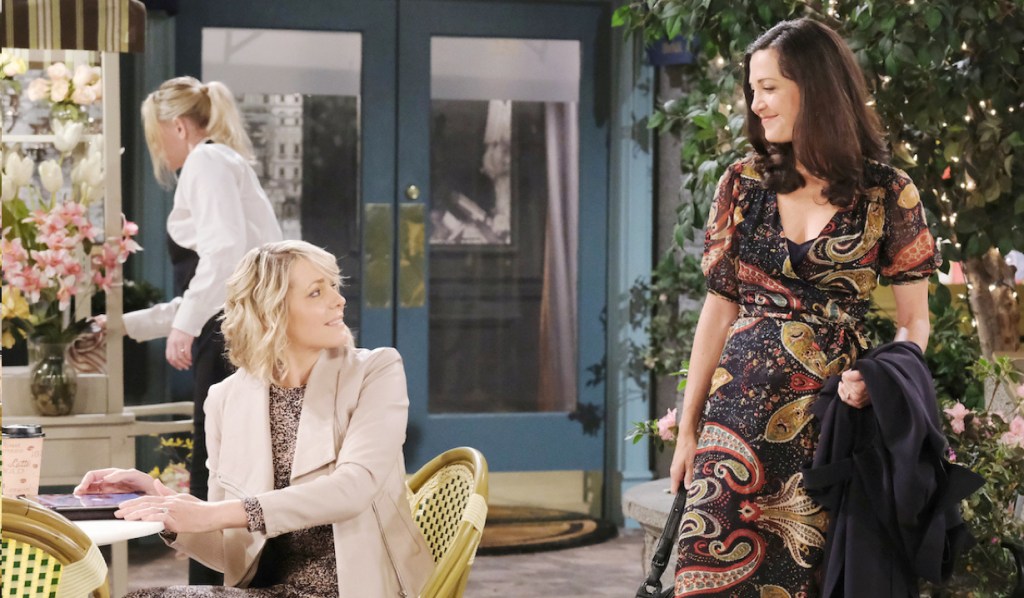 More: Missed opportunities and anticipating what’s ahead on Days

Claire runs into Belle’s arms when she comes home, out on bail. She blames herself for her mother’s arrest and urges her to talk about Charlie’s murder. Belle insists she didn’t do it and has no idea how her button landed at the crime scene.

Belle pays her parents a visit at home. As they talk about the case against her, John confesses he saw her shoot Charlie. Belle can’t believe what she’s hearing. John explains what he saw while under hypnosis. Belle shouts it wasn’t her and asks if he saw her face. John admits he didn’t. They deduce someone else was at Charlie’s apartment, in her coat, to set her up. Belle wonders who could possibly hate her enough to frame her, then has a realization. 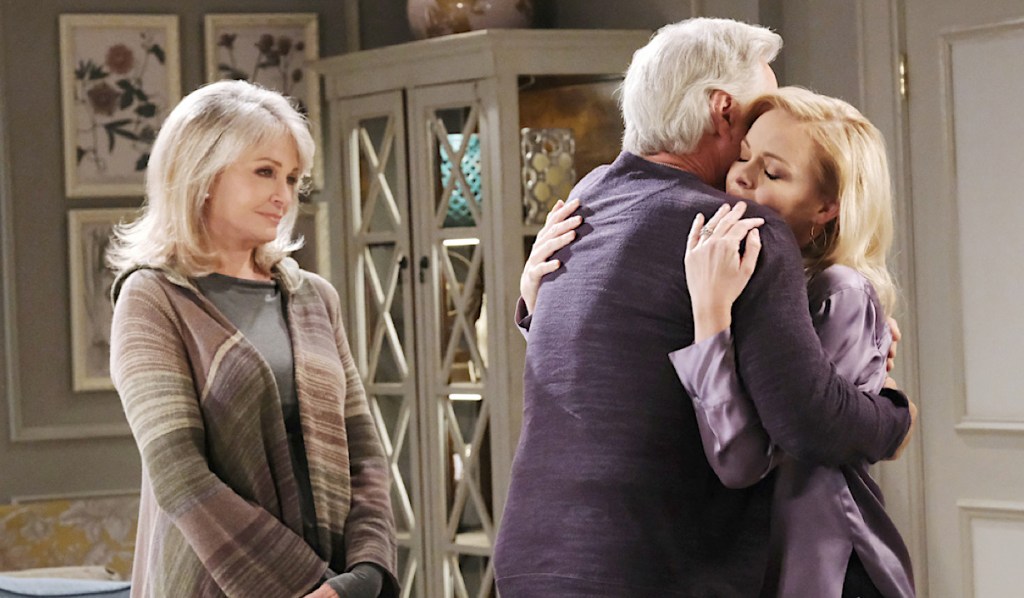 Theo runs into Ben when he gets off the hospital elevator. Ben begs him to not leave town with Ciara. Theo reminds him Ciara doesn’t remember him. He’s only scaring her. Ben promises if Theo gets her to stay in Salem he will stay away. He just can’t have her living in another part of the world. Theo points out it’s Ciara’s choice to go. He’s not about to talk her out of it. Ben asks to give him a few days to wrap his mind around it then. Theo thinks if Ben loves Ciara as much as he says he does, he will get out of her way and let her go.

Shawn tells his sister, still in her hospital bed, that he found their mother. Hope is in Morocco and is on her way to the airport right now. She’ll be in Salem tomorrow. Ciara tells her brother she won’t be there tomorrow — she’s leaving today with Theo. Shawn doesn’t think it’s a good idea and starts to defend Ben. Ciara rants about how she doesn’t feel safe. She needs to go somewhere where Ben can’t see her whenever he wants. Ciara asks Shawn to call Hope to meet her in Johannesburg instead. She can’t risk being attacked again by Ben. After learning what Ben tried to do with the syringe, Shawn understands why she’d want to put distance between them. However, he’s going to miss her more than he can say. After more begging, Shawn agrees to call Hope to change her travel plans.

Ben drops by Claire’s place. He wants her to call Theo over to give him time to kidnap Ciara and take her to the cabin. He clarifies that it’s more like tricking her into meeting him there. He’s sure it’s the way to jog her memory. Claire won’t let him do this. Ciara will be traumatized. Ben thought Claire was his friend. He’ll just do it on his own.

At home, Rafe learns from Doug over the phone that Hope is coming home. Ava enters the kitchen and hears the news. She wonders how Rafe feels. He’s excited but recounts how things ended for them and explains he hasn’t heard from her. However, he’s happy for Hope and Ciara. They move on to talking about Charlie’s murder. Rafe isn’t convinced Belle did it. 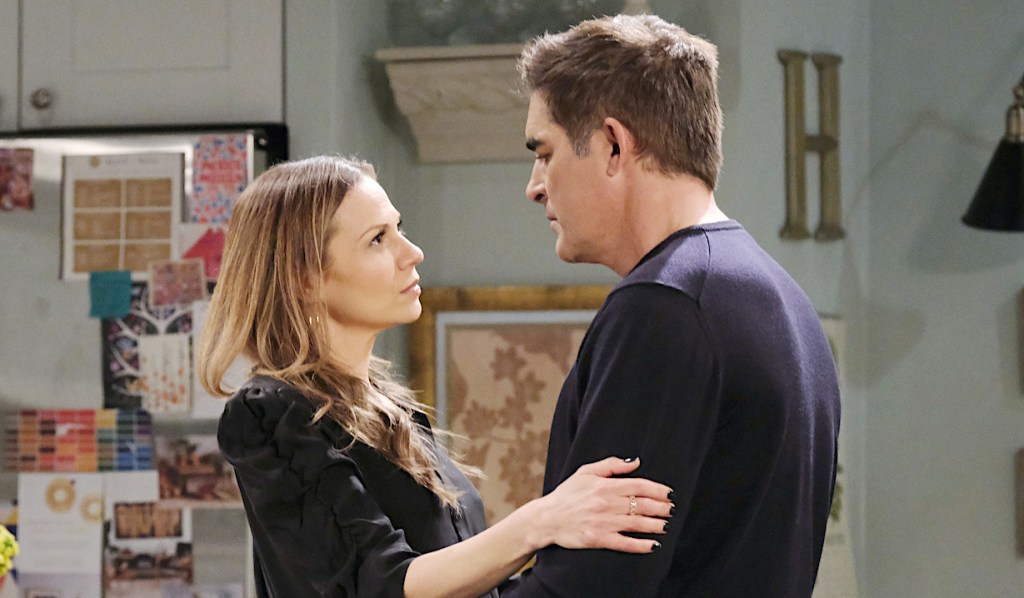 Ciara calls Rafe to say goodbye. She explains Hope will meet her in South Africa. She promises to keep in touch and tells him how much she’ll miss him. Rafe reciprocates the sentiment and makes her promise to text when she lands. After hanging up, Ava asks if Rafe is okay. Rafe insists he’s fine but Ava says he doesn’t have to pretend with her. Rafe says this is the way it always is with him and Hope. Something always gets in the way. But he can’t be upset that it’s Ciara. Ava calls him a good man as she hugs him. Hope was a fool to let him go. When Ava pulls back from the hug, she and Rafe kiss.

Back at the hospital, Theo tells Ciara that if there’s “someone else” she needs to say goodbye to, they can always leave next week. She insists they go now, but as they’re about to leave the hospital — and Salem — the elevator door opens. They find themselves face to face with Ben.

At the police station, Shawn looks up to see Jan enter. 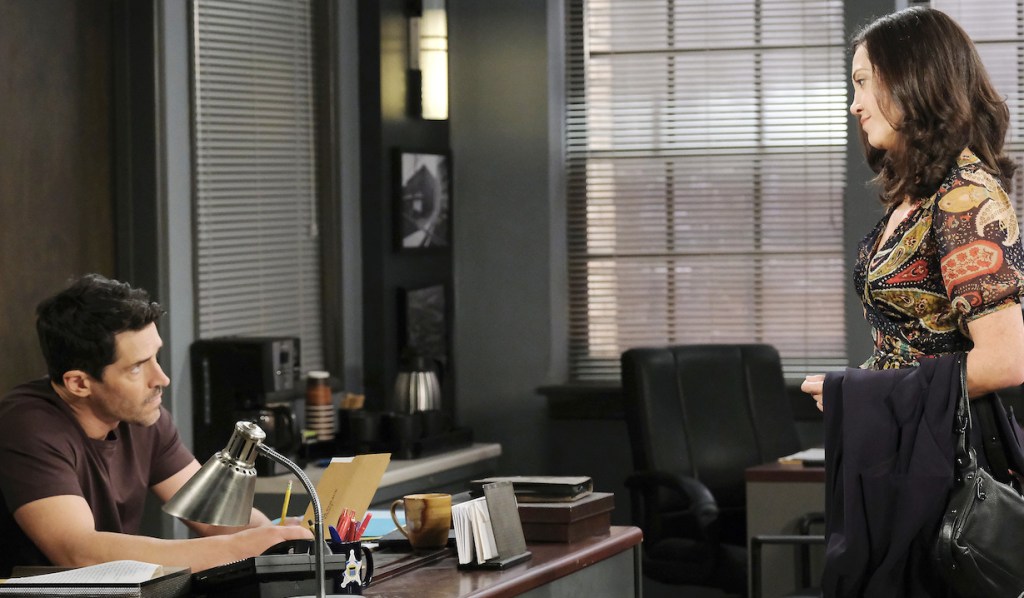 Next on Days of Our Lives: Belle makes a wild accusation against Sami and Ben’s decision surprises Ciara.

Relive happier times for Ben and Ciara in our photo gallery below. Then, get your free daily soap-opera fix for Days of Our Lives — and all of the other daytime dramas — delivered straight to your email inbox by signing up for Soaps.com’s newsletter. 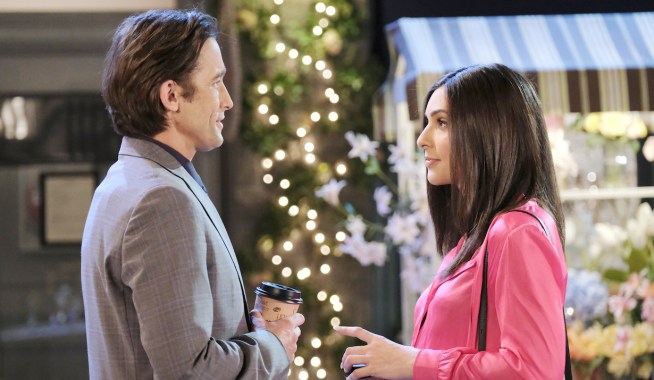 [Spoiler] Leaves Town With a Secret — Plus, Philip Takes Gabi Home and Makes Her a Promise 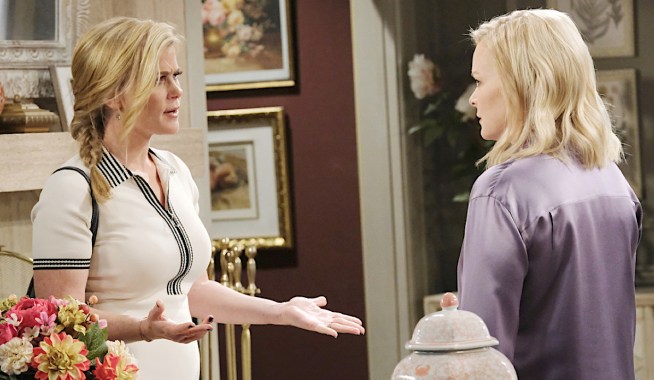