Wednesday, April 21, 42021: Today on Days of Our Lives, Xander and Chanel work toward the same goal, Ben has one more thing to tell Ciara, and Abigail tries to control her anger. 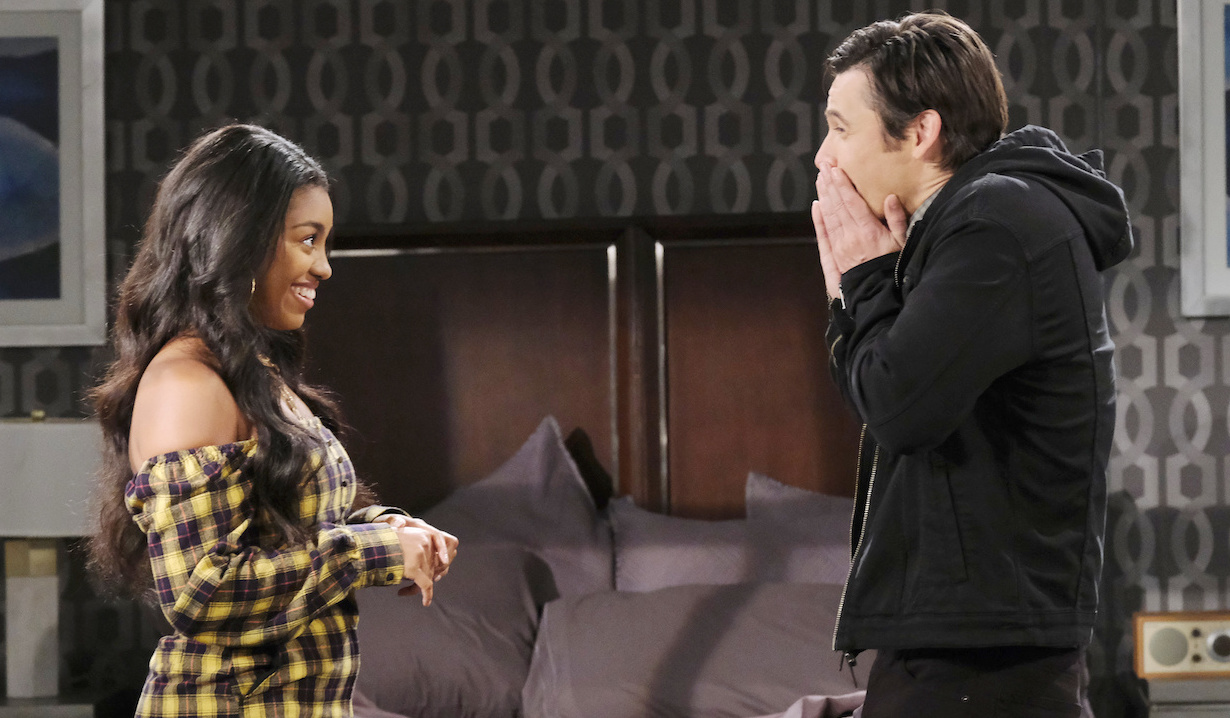 At Lani’s, Paulina begs her niece for help with Chanel. She believes Chanel will listen to her because she’s a good role model. She’ll watch the kids while Lani goes to her cousin.

At the Salem Inn, Xander tells Chanel he’s not interested in ending their unholy union now that he knows how loaded her mother is. Realizing they both want the same thing — no marriage and to be rich — he says if he gets a payout they’ll split it 50/50. 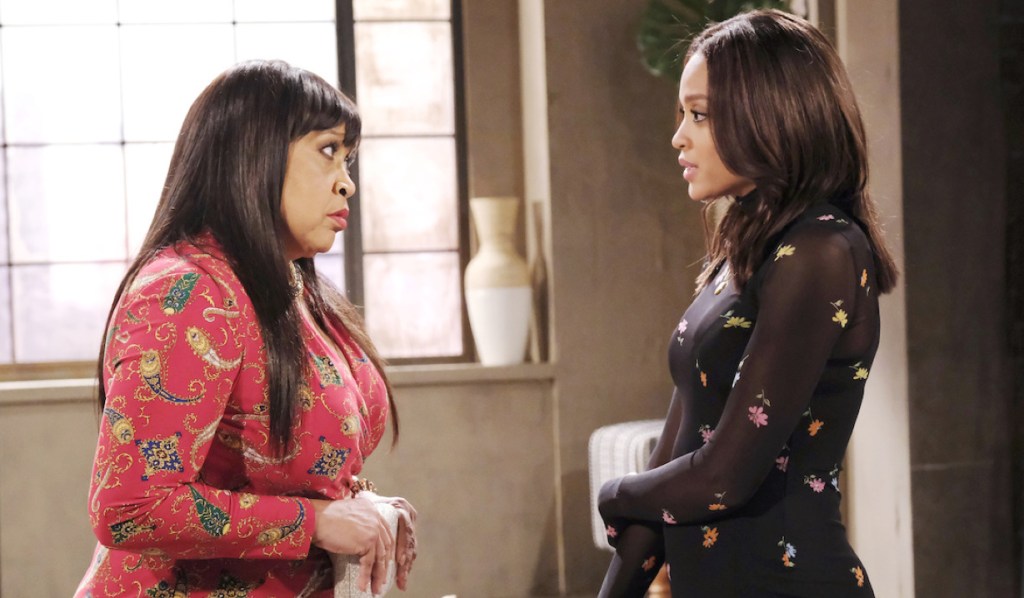 Lani knocks on Xander’s door. After Xander has fun acting like the doting husband, Lani asks to speak to her cousin alone. Xander leaves. Lani says she knows how smart and strong Chanel is. She doesn’t need a man or her mother to help her create the life she wants to live. Chanel thinks maybe Lani is right. She lays it on thick about learning her lesson but says Xander won’t divorce her without a payout. However, she can’t crawl back to her mother and have her pay for another of her mistakes. Lani offers to do it for her. She wonders how much Xander wants. 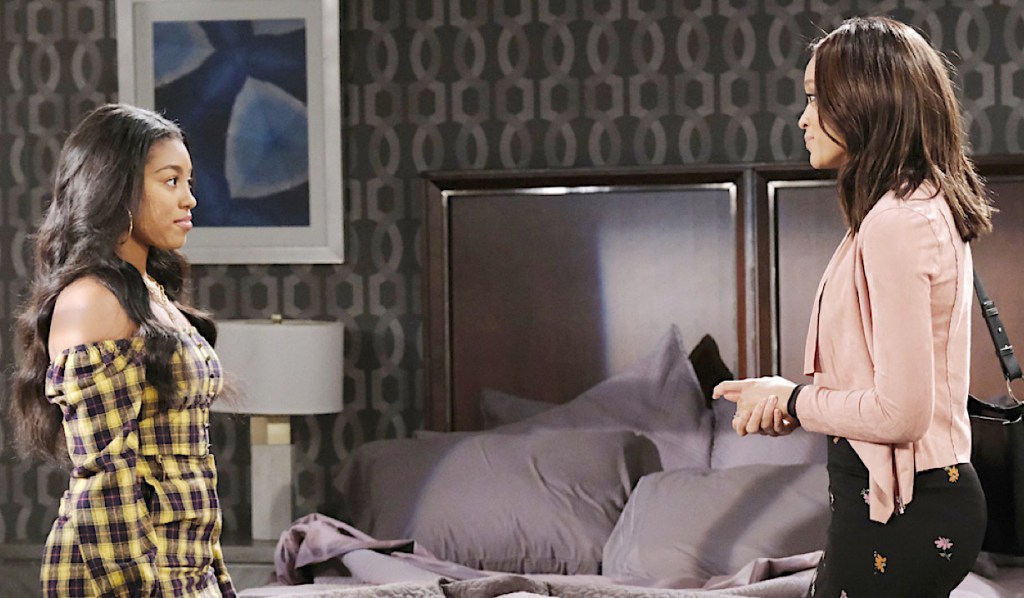 More: Banus, Godfrey, and more stars with their sisters

Lani returns to Paulina and tells her Xander wants a payout. Paulina opens her checkbook but stops in shock when Lani says he wants ten million dollars.

When Xander returns to the hotel, he learns the huge number Chanel asked her mother for. She says she married him for richer or richer and if all goes according to plan… that’s what they’ll be.

Kayla brings Abigail to her office to talk about Gwen’s appointment. She can’t give out private information but vows to support her in any way she can. Abigail sighs. She’s not sure how she and Chad can move past a living reminder that he cheated on her. Abigail tears up as she expresses how much hate she has for Gwen. The ways in which she imagines vengeance are out of control. Kayla encourages her to tell Chad how she’s feeling. To be brutally honest. If she trusts their love, she’ll find a way to heal.

Gwen enters the DiMera mansion and confirms to Chad that she’s pregnant with his child. She’s keeping the baby. Chad wonders why. Gwen cries as she explains she wants to give it all the love she was desperate for but never got. Chad knows her choice will have a profound effect on them all but it is her choice to make. Gwen doesn’t expect him to be part of the baby’s life but he assures her he will be. 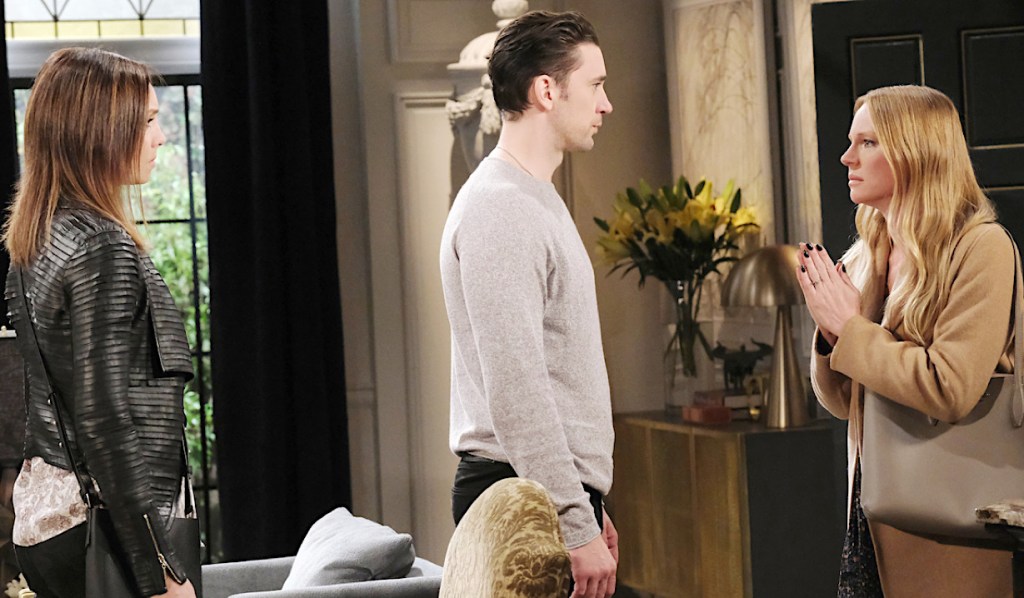 Abigail walks into the DiMera mansion and glares at Gwen. She knows Gwen is pregnant and keeping the baby. Chad tries to intervene but Abigail won’t hear him. She congratulates Gwen on succeeding at ruining her life and walks out.

Theo stops by with flowers in Ciara’s hospital room. He brings up their kiss, reminding her she’s married to Ben. Ciara goes on another rant about how awful he is. Theo points out Ben changed. Ciara isn’t fazed. She thinks she and Theo got another chance to be together but Theo worries he’ll get hurt if she remembers her love for Ben. Ciara understands his fears but doesn’t think her feelings for Ben will ever change. Ben scared her with that syringe. Why would she ever go back to him especially when Theo has always made her feel safe. When Theo continues to hesitate, Ciara suggests they just be “them” and see where things go. 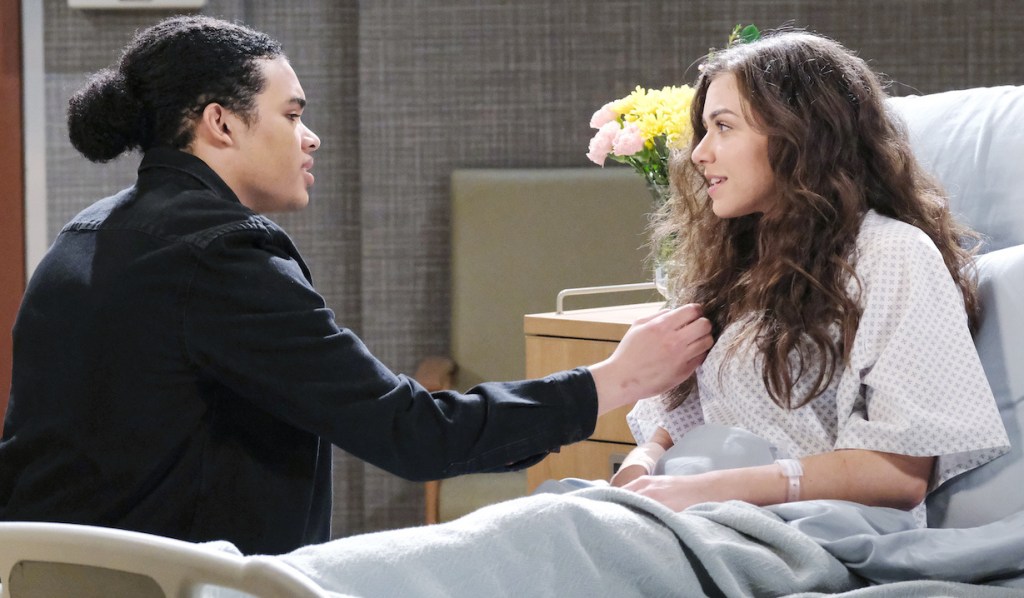 In her living room, Ben tells Claire about trying to inject Ciara with Rolf’s serum. He adds that Theo is always in between them. It’s like he wants to keep Ciara all to himself. Claire says, maybe he does. She recounts how she asked Theo if he still had feelings for Ciara and he avoided the question. Ben wants to go straight back to Ciara to remind her why she belongs with him and no one else. Claire urges him to back off, confident Ciara will eventually remember him. She’ll even talk to Theo to get him to give Ciara space. Ben agrees to do the same but first, he needs to apologize to Ciara. After Ben leaves, Claire calls Theo to come over.

Ben enters Ciara’s room. He apologizes for trying to force the drug on her and promises to stay away. He knows she’ll get her memory back and they will be together again. She says that will never happen because she’s leaving Salem. 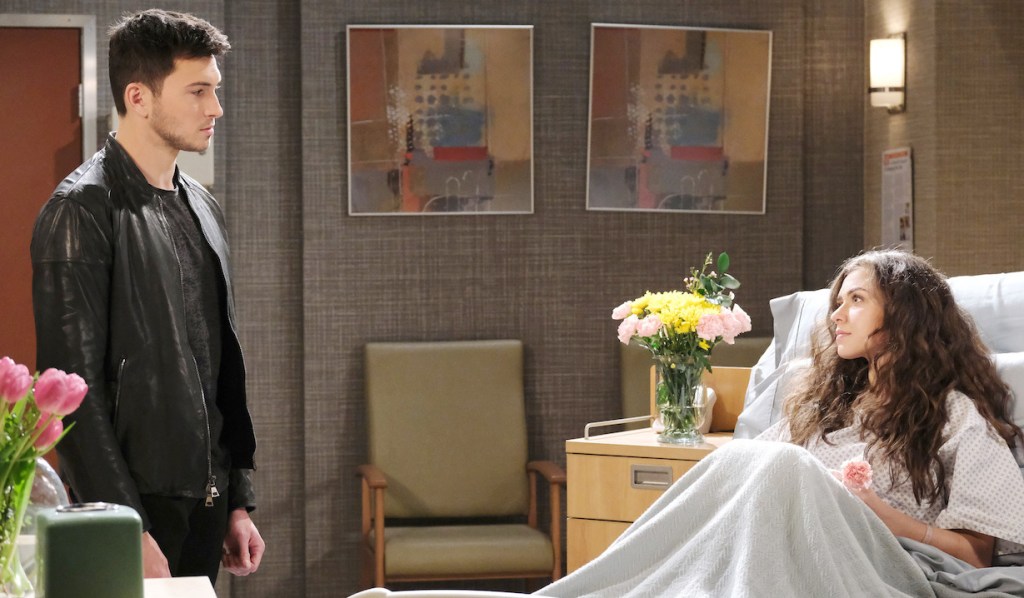 Next on Days of Our Lives: Brady confesses his feelings.

Jan and Kristen are currently wreaking havoc in Salem but find out which Days of Our Lives evil-doer topped our list of daytime’s greatest villains in the photo gallery below. Then, get your free daily soap-opera fix for Days of Our Lives — and all of the other daytime dramas — delivered straight to your email inbox by signing up for Soaps.com’s newsletter. 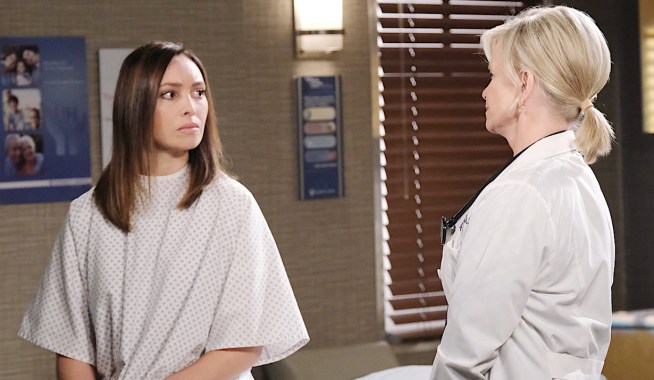 Brady Confesses His Feelings to Chloe, and Ben Begs Ciara to Stay in Salem 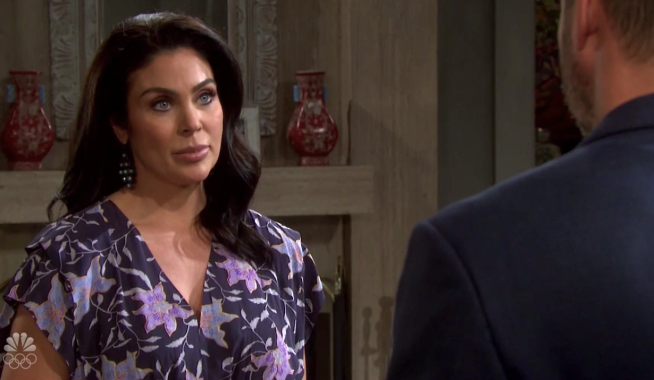