Wednesday, April 14, 42021: Today on Days of Our Lives, Abigail clues Chad in, Justin tries to explain to Ciara, Jake helps Ben, and Philip asks Gabi out. 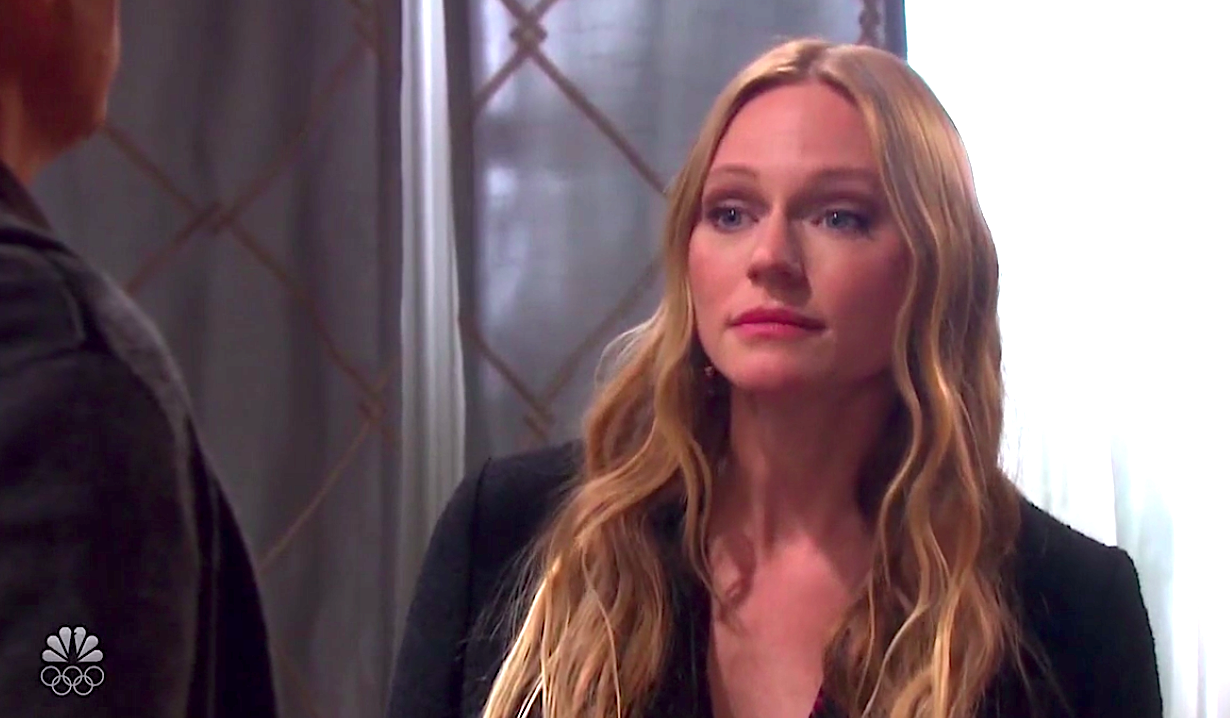 A stunned Abigail enters the Horton living room as Gwen talks to Jack about being pregnant with Chad’s child. Gwen confirms it’s all true but Abigail assumes it’s a lie. Jack backs up Gwen’s claims which infuriates Abby. Gwen insists all she wants is to have a relationship with Abby as sisters. Being pregnant with Chad’s child is the last thing she wanted. Abigail tells her to terminate it then. After ranting about how Gwen ruined her life, Abigail tells her “sis” she better damn well get an abortion and leaves.

More: The shocking move that could redeem Gwen

Jack tells Gwen there was no good way for Abigail to hear the news. Gwen agrees. Jack knows this will be difficult and complicated but tells Gwen it’s her decision to make. Abigail has no right to make that decision for her. No one does. However, he’ll be there for her every step of the way if she does decide to terminate the pregnancy. Gwen says it’s kind of him… and then trails off. Jack asks if she wants to have the baby. Chad’s thrilled to see Theo waiting for him in the main room at the DiMera mansion. They play chess as they catch up. Chad confesses he slept with Gwen when Theo asks how Abigail is. Theo, in turn, tells his brother about his ex-girlfriend and admits his feelings for Ciara. However, he knows she’s married. Chad definitely thinks he’s better for Ciara than Ben is but he doesn’t want to see him get hurt.

More: Could this be Abigail’s ultimate revenge?

After Theo has left, Abigail stomps into the mansion and pours herself a drink. Chad wonders if Gwen threw up on her again. Abby says she did something much worse than that. Chad reminds his wife she’s not supposed to be drinking on her meds. Abigail just keeps sipping. Chad says she’s scaring him and demands to know what’s going on. Abby tells him Gwen is pregnant with his baby and walks out of the room. Chad looks dumbfounded. Gabi enters Philip’s office to talk Gabi Chic business but he brings up their kiss first. They talk about how much fun it is to mess with Jake and Kate. Philip wants to celebrate DiMera losing the Horton Square storefront and suggests dinner. She asks if it’s business or a date. He says a date but she isn’t sure they should mix business with pleasure. Philip wonders if it’s really because she’s not into him or that she’s still hung up on Jake. Gabi admits a little bit of the latter but she doesn’t want to feel that way. She wants to get past it. Philip says the best way to do that is to start seeing someone else. Gabi thinks dinner is too much pressure and suggests lunch instead. She insists on no business talk though. Philip smirks and says, “Then, it is a date.”

Jake pays Ben a visit to his studio. He wants to know if Ben took his advice about Ciara. Ben relays what happened when he visited her and how she was hypnotized. Ben notes it only made things worse and fears he might have actually lost her forever. Jake suggests it’s time to try that serum but Ben loves her too much to risk her health. Jake reminds him he and Kate both experienced the drug and there were no side effects. Ben knows Ciara loves him and would want to remember what they had. Jake offers to help him get the serum if he decides to try it. Ben tells Jake to call Kate for help. 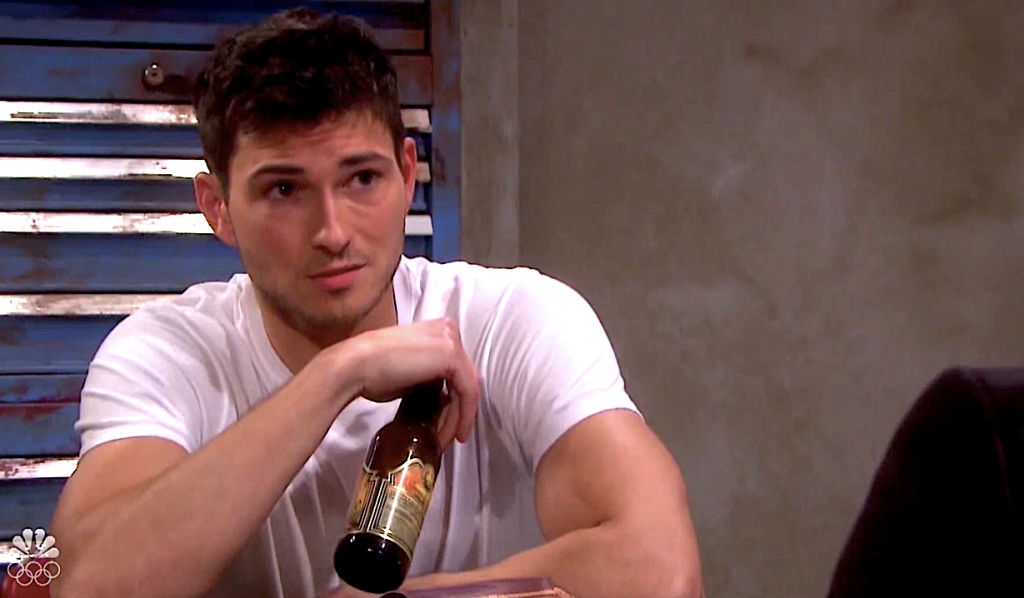 Jake bumps into Philip and Gabi in the Square. Gabi links arms with Philip and mentions they’re on a date.

Justin brings Ciara flowers to the hospital. There’s also a note from Victor who says not being able to remember Ben is the best thing that could happen to her. He references the bomb, which causes Ciara to press Justin for details. Justin tells her about Eve blowing up her and Ben’s wedding. Ciara goes off about Ben again, wondering how people who claim to love her were okay with her marrying a serial killer. Justin explains that everyone believed Ben turned his life around with therapy and his devotion to her. Ciara reminds Justin Ben killed three innocent people. She won’t be convinced someone like that can turn their life around. After she calms down, Justin tells her she is loved and leaves her to rest.

More: Will Xanel’s honeymoon be short-lived?

Ben sneaks into Ciara’s room while she’s sleeping. He pulls out a syringe and uncaps it. 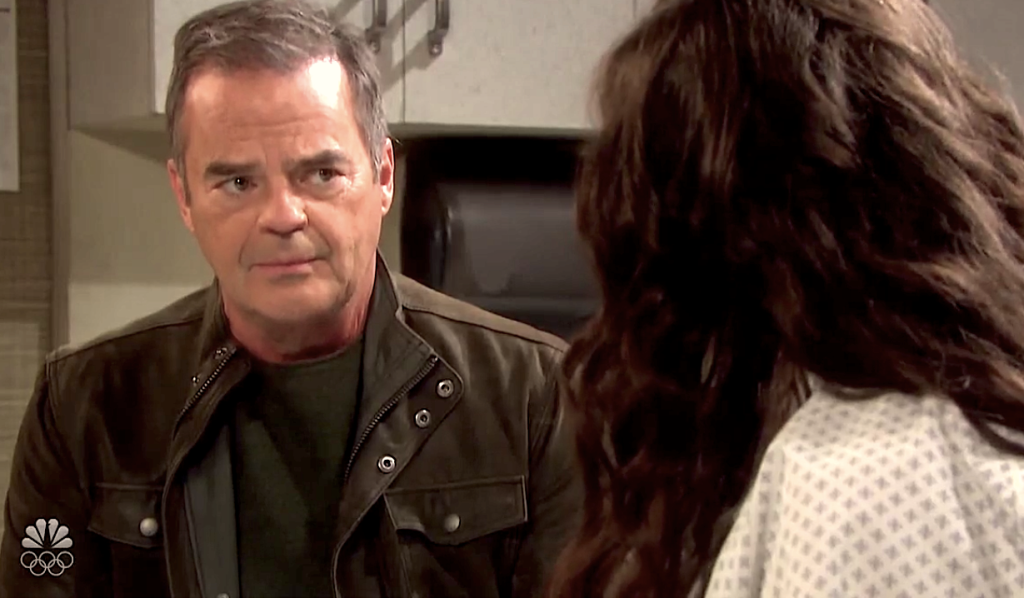 Next on Days of Our Lives: Ben makes a desperate move.

Look through our photo gallery below of actors’ roles before they became soap stars. Then, get your free daily soap-opera fix for Days of Our Lives — and all of the other daytime dramas — delivered straight to your email inbox by signing up for Soaps.com’s newsletter. 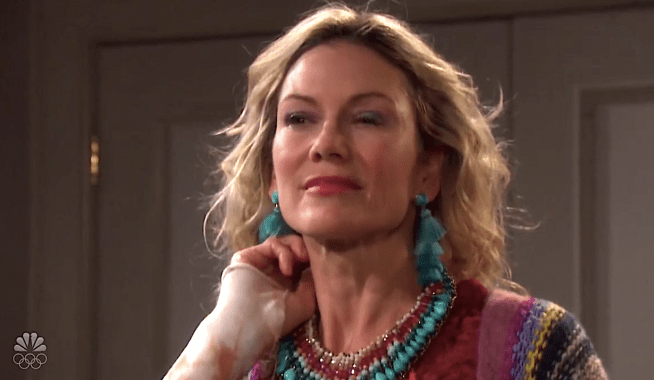 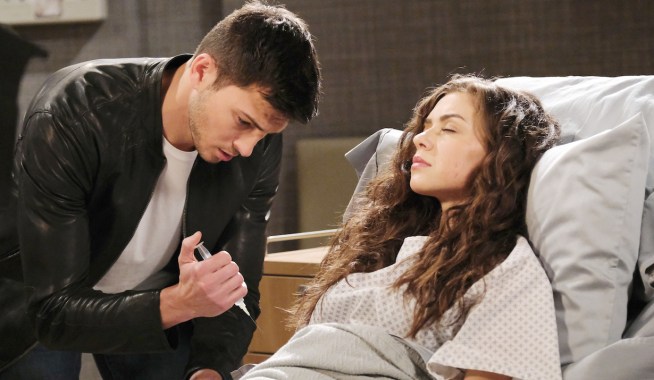