Sami’s Confession About EJ Leads to Much More With Lucas — Plus, a Piece of Evidence Incriminates [Spoiler] in Charlie’s Murder

Friday, April 9, 2021: Today on Days of Our Lives, Sami confides in Lucas, Tripp and Ava frustrate Rafe, and Belle offers Jan a deal. 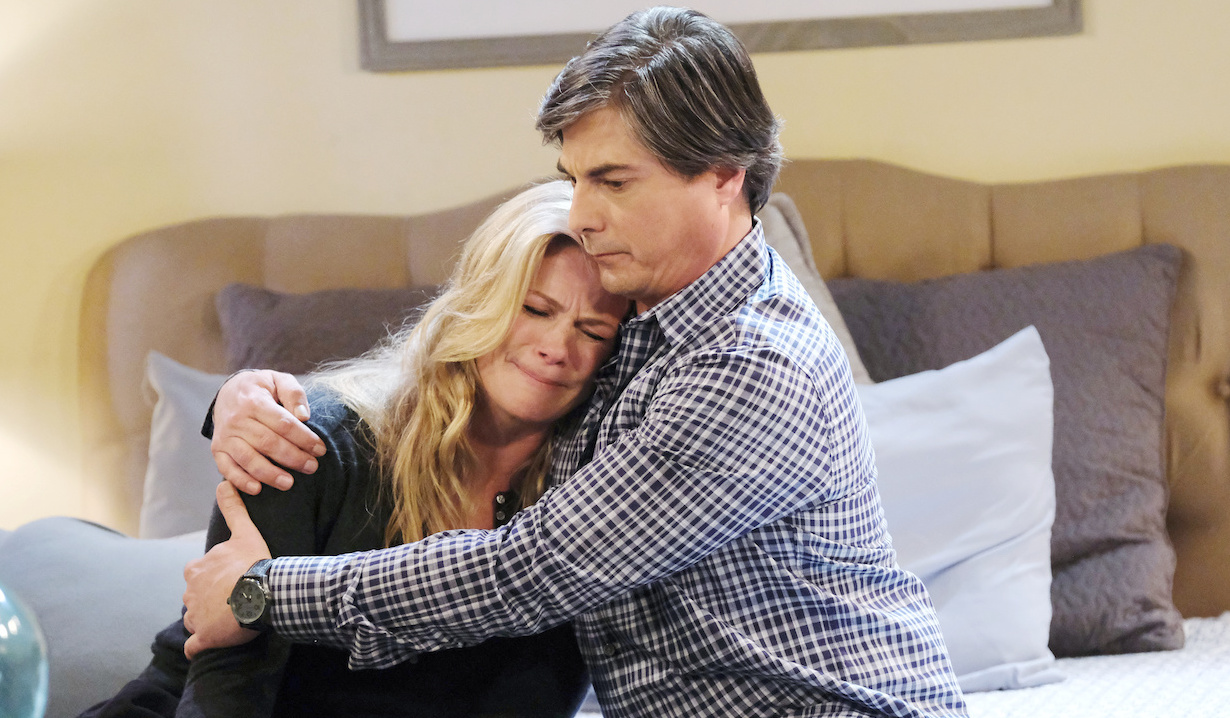 After “Susan” lets him in, Lucas drops by to see Sami in her room at John and Marlena’s. Sami pulls out a bag of chips, but Lucas suggests they go out for real food. Sami doesn’t want to see or talk to anyone about her arrest. Lucas is different though because he was there for her and she appreciates that. Lucas is happy he could help. He says he just came by to say goodbye assuming she’s going back to EJ. Sami sighs. She’s not sure she has anything to go back to in Italy.

More: EJ will look different when he returns 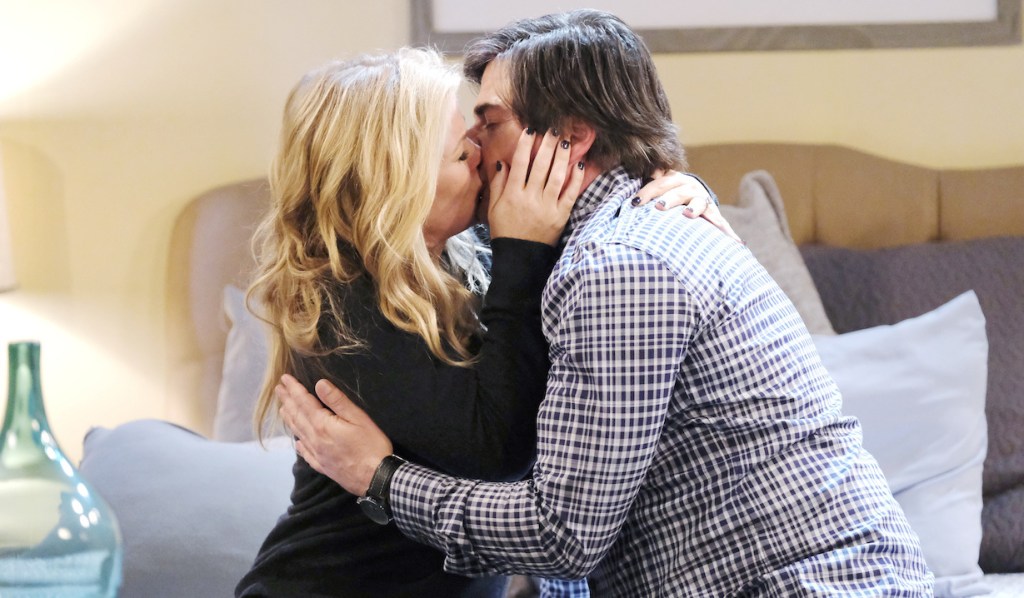 Sami tries to backtrack, but Lucas encourages her to confide in him. She admits helping EJ being EJ again is the most important thing she’s done in her life, but she’s not sure he’ll ever be himself again. He’s in pain and mad all the time. She has a hard time not taking it personally, but it’s like something got twisted up inside of him and now he pushes her away. Sami knows EJ’s ruthless, but when it was just the two of them she knew how much he loved her. Lucas points out she used the past tense. Sami admits he doesn’t love her or touch her anymore. Maybe she just has to come to terms with the fact that she’ll never be loved again. Lucas holds her as she cries. He tells her she is a wonderful woman and that EJ is lucky to have her. He leans in and kisses her. He pulls back and grins. “What are we doing?” Sami says, “I don’t know,” and goes in for another kiss.

Steve helps Tripp pack his things into boxes at Ava’s apartment. He’s moving back to Steve and Kayla’s place. As they talk about Charlie, Tripp admits he went to see his brother the night he was killed. Steve hopes Tripp isn’t confessing to the murder.

Still at his kitchen table, Rafe thinks there’s something Ava’s not telling him about Charlie’s death. Ava admits she saw Tripp leave Charlie’s apartment right before he died. She’s afraid Tripp killed him. Rafe says he has to question Tripp, but he will do everything he can to help him. Rafe suggests they go see him now. 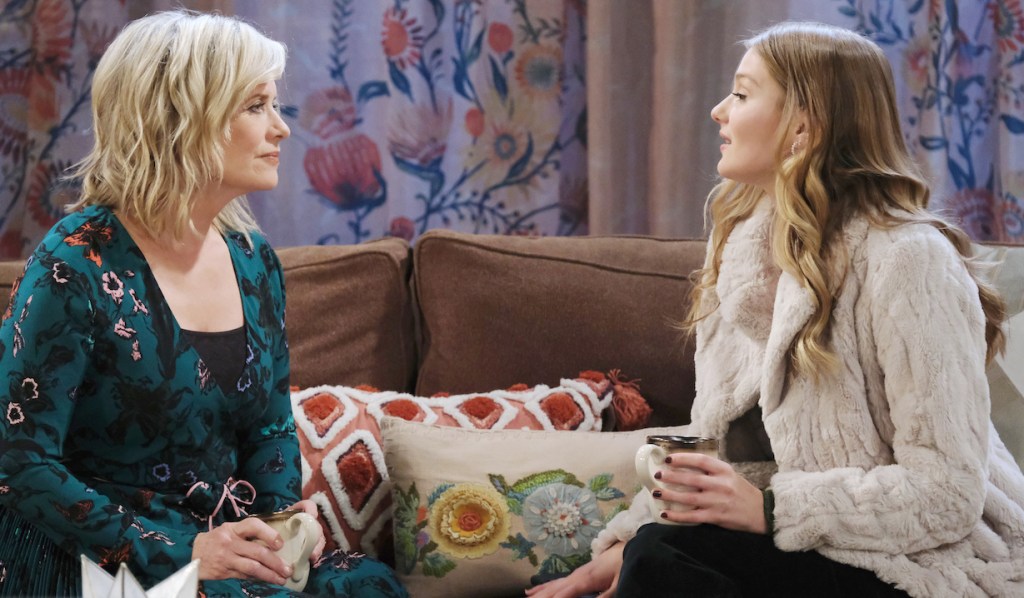 Allie comes to see Tripp at home. Kayla makes them tea as they wait for him to return. They talk about Henry and how great Tripp is with him. Kayla is happy they worked things out. Allie’s sorry for dragging her into the whole mess. Kayla just wanted the truth to come out, which it has. Now, they just have to get on with their lives.

Later, Kayla lets in Rafe and Ava who show up looking for Tripp. Allie texts Tripp not to come home, but it’s too late. Tripp returns with Steve. Ava tells her son she saw him leaving Charlie’s place and worries he killed his brother. Tripp explains Charlie never opened the door when he knocked, so he didn’t shoot him. Relieved, Ava hugs him. A frustrated Rafe yells at Ava and Tripp for lying to him about the case. If anyone bothered to tell him the truth from the beginning, he might have already found the killer. 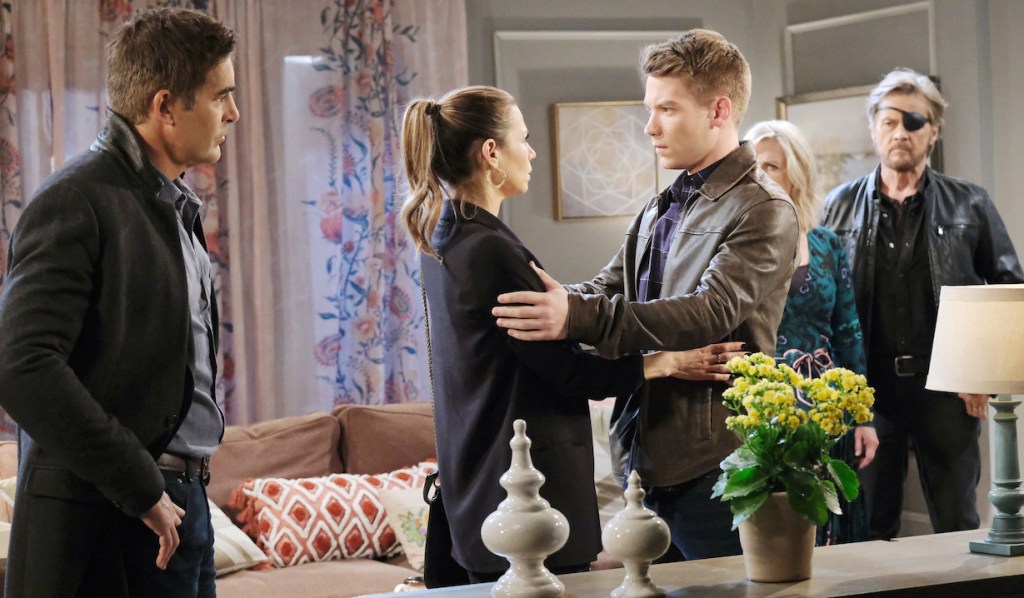 John enters Jan’s hospital room. She reaches for the call button, but he stops her. He wants to explain about the night he tried to strangle her and apologize. She believes he’s sorry, but warns if Belle insists on pressing charges, then they will both go to prison.

Belle and Marlena wait in the lobby for John. Marlena worries what John will do, but Belle says he hasn’t had any incidents lately so he should be fine. Marlena’s face conveys her doubts. John returns to reiterate Jan’s threat. Belle says that’s why she came prepared with a deal. John counters that Belle should call Shawn to arrest Jan and let the chips fall where they may. Belle tries to fight him on it, but John won’t back down. Belle pretends to go along with what her father wants, but heads into Jan’s room after he and Marlena leave. 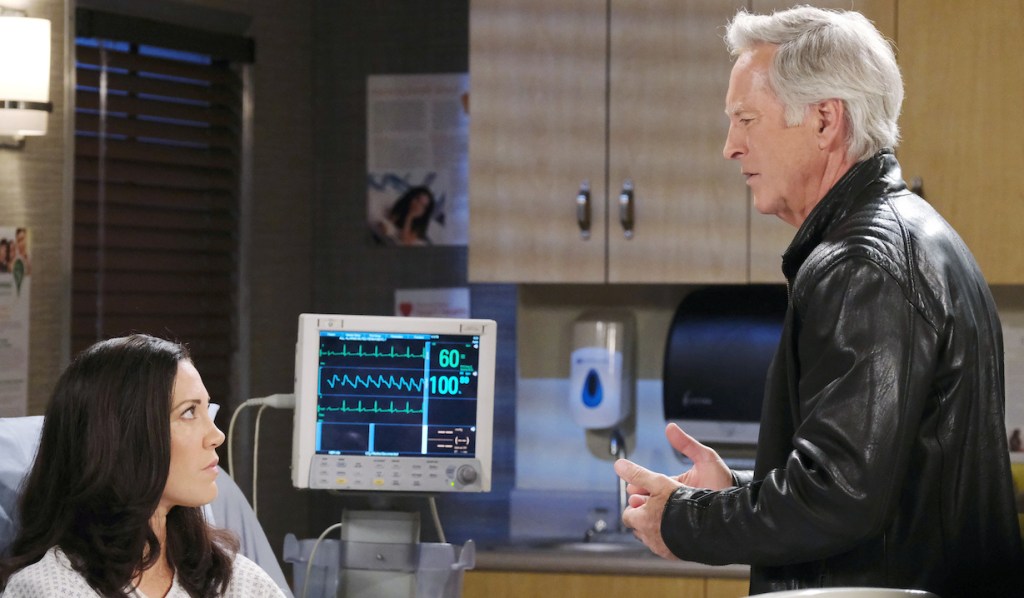 In Jan’s room, Belle tells her nemesis she can’t let her father go to prison. Which is why she is accepting Jan’s deal. Belle pulls out a legal agreement stating neither one of them will press charges. She hands Jan a pen to sign the paperwork. Jan refuses. Belle warns Jan will go to prison then and not a mental facility. Jan reconsiders and signs the contract. Before Belle leaves, Jan points out that Belle is missing a button on her red coat.

Back at home, Rafe rants at Ava. He’s done with lying witnesses. He’ll focus on the evidence from here on out. On the table, a red button is seen in one of the evidence bags. 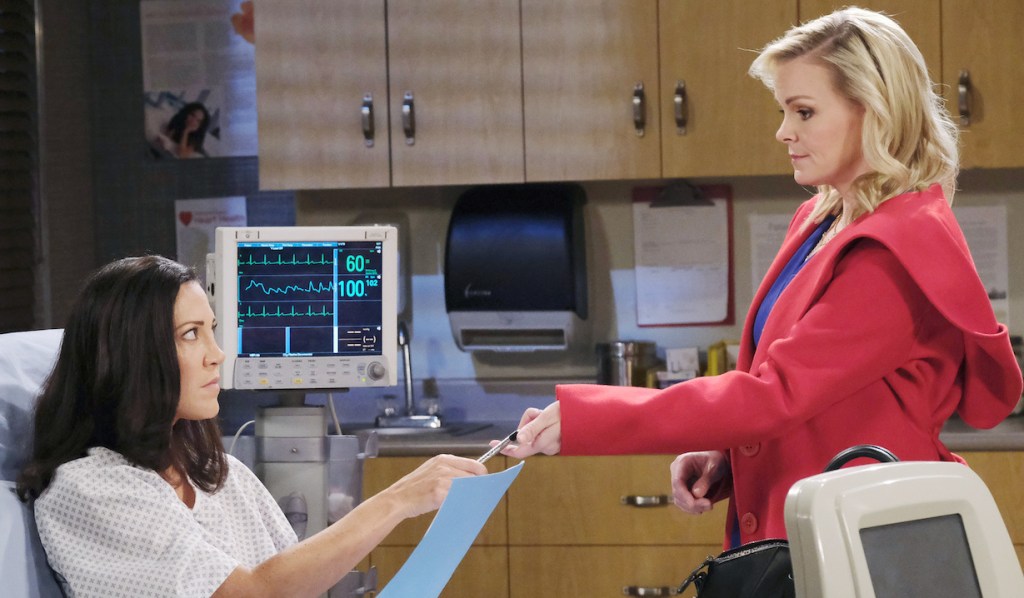 Next on Days of Our Lives: A hungover Xander can’t remember what he’s been up to.

Look through our photo gallery below of actors’ roles before they were soap opera stars. Next, get your free daily soap-opera fix for Days of Our Lives — and all of the other daytime dramas — delivered straight to your email inbox by signing up for Soaps.com’s newsletter.

Gwen Throws Up on Abigail as Jack...

Wearing Nothing but His Wedding...

Posted 22 mins ago
Posted on: Deadline