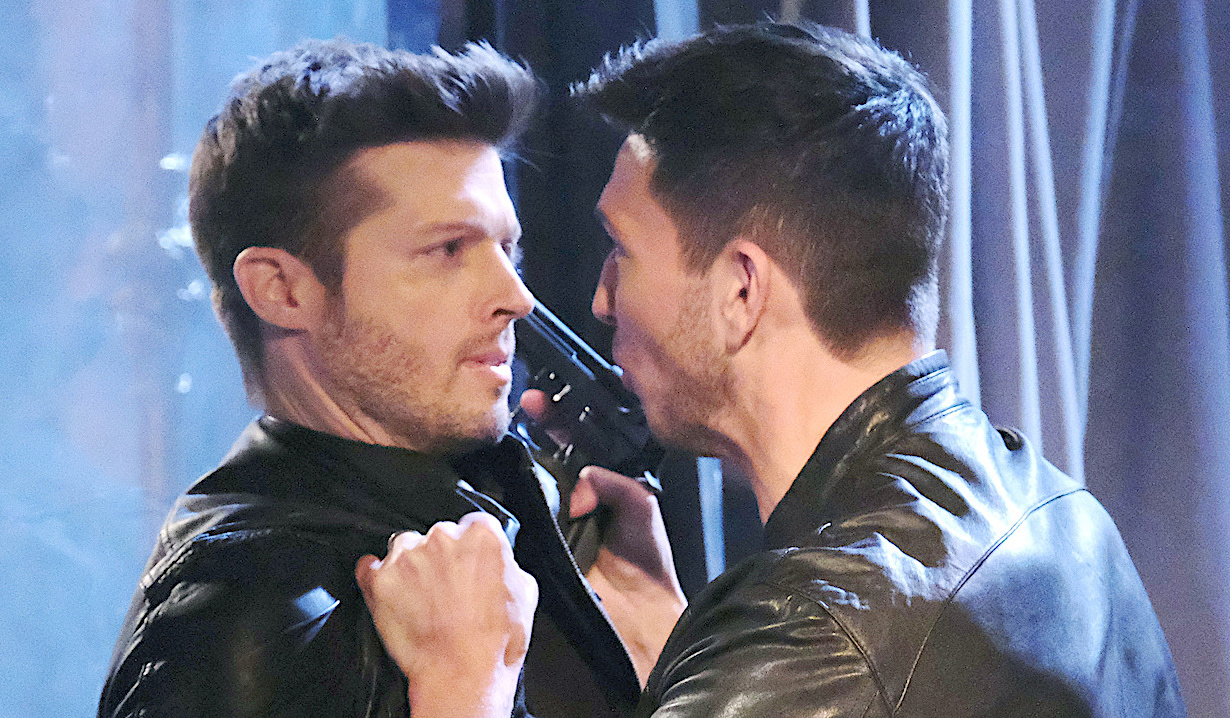 After finding Kristen at Basic Black, Sarah sees a wig on the floor. She realizes Kristen’s been pretending to be Susan. Kristen admits it and rants about Chloe going after Brady. She asks Sarah to keep her secret. The bride-to-be says she can’t. Kristen points out Sarah gave Xander a pass, but Sarah insists he’s changed. She knows he did terrible things, but he became a different person. Kristen says nothing changes the fact that he let her fall in love with a baby that wasn’t hers. Sarah won’t ever forget what Xander did, but she knows he did it out of love. 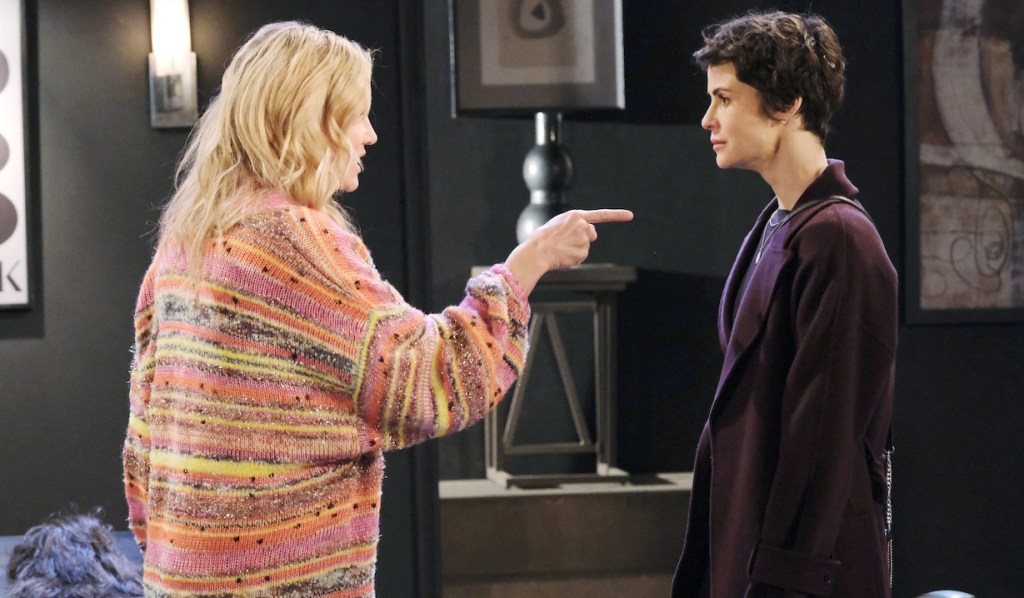 Sarah says she doesn’t have to explain herself, which she’s sure is something Brady understands. Kristen defends her own recent actions while appealing to Sarah’s maternal instincts toward Rachel. Sarah worries Kristen could get angry and end up hurting someone. She calls Brady, but Kristen knocks her out before she can say anything to him.

More: Mixing the fun with the drama for Xarah 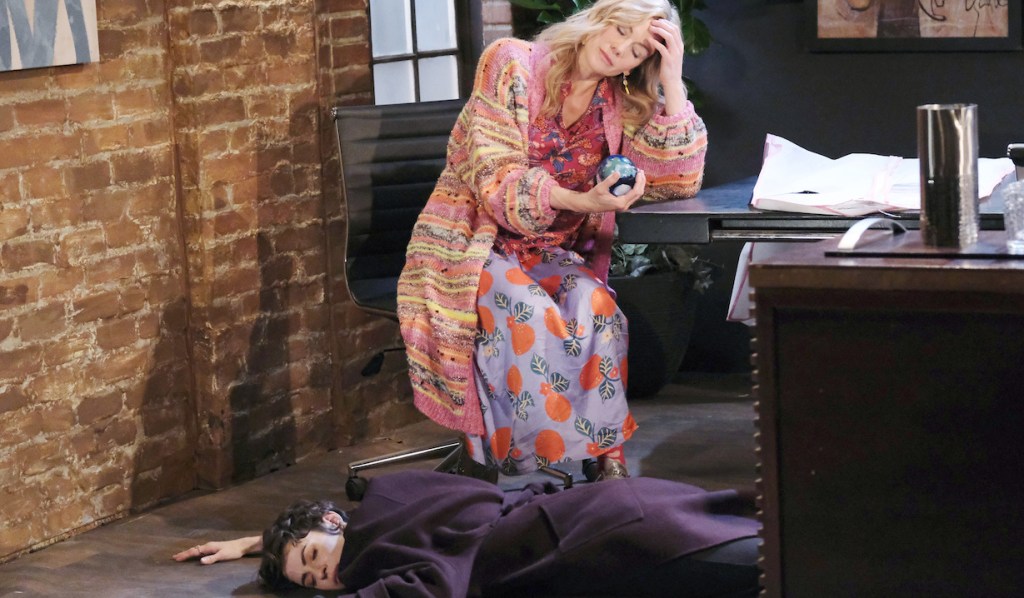 At Brady’s Pub, Chloe tells Brady “Susan” helped her admit something she wasn’t recognizing in herself. She flashes back to admitting being interested in Brady again. Brady urges her to confide in him. Just as she about to say something, Xander bursts into the pub with Jack, exclaiming he’s getting married. They stop by Chloe and Brady’s table, but the exes don’t care about Xander’s wedding plans. Brady motions for Chloe to leave. As they stand up, Chloe tells Xander to send her condolences to Sarah. 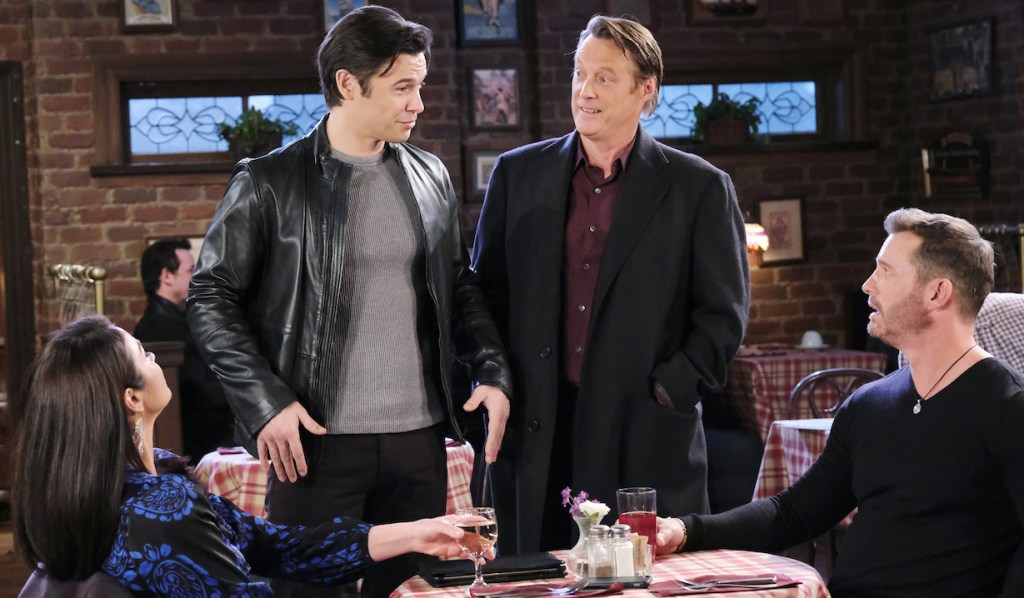 After Roman serves Xander and a reluctant Jack shots, Xander asks Jack to make a toast. Unprepared, Jack stammers, but then makes a speech about the grand adventure of love. It is a leap of faith, but with the right person, there is no fear. After they throw back another shot, Rex enters asking who the unlucky girl is getting hitched to Xander.

More: Can Marlena bring Gwen and Abigail together? 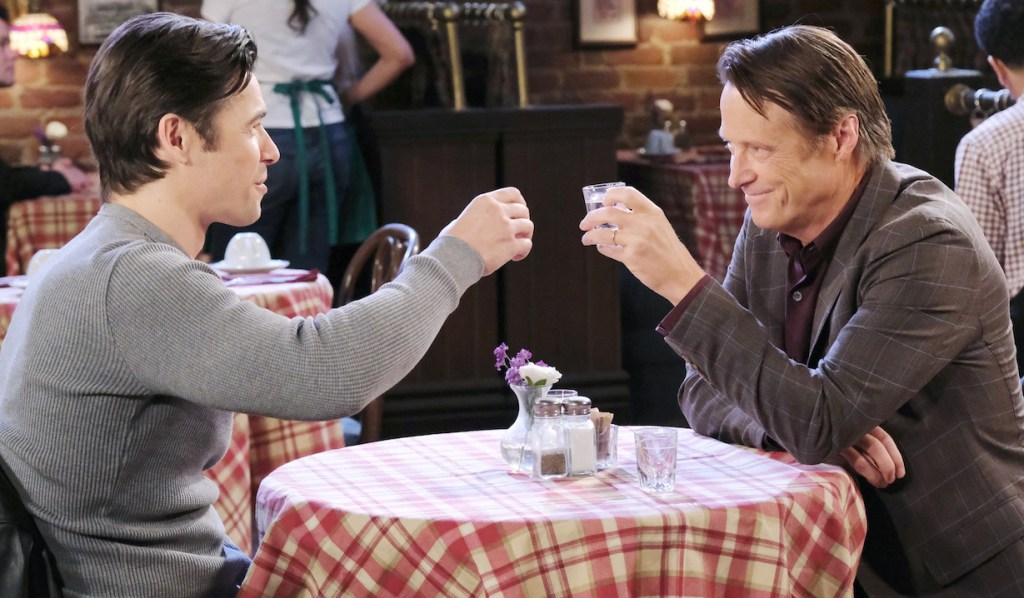 Roman greets his son, who came to surprise him. After Roman goes to make him something to eat, Rex returns to Xander. He needs to know what pathetic loser would choose to spend her life with him. Xander smirks and says, “It’s your ex-wife.” Rex can’t believe Sarah would do such a thing. The men sling insults until Xander says the best man won. As Jack pulls Xander away, Rex warns that Sarah still has time to walk away from him. 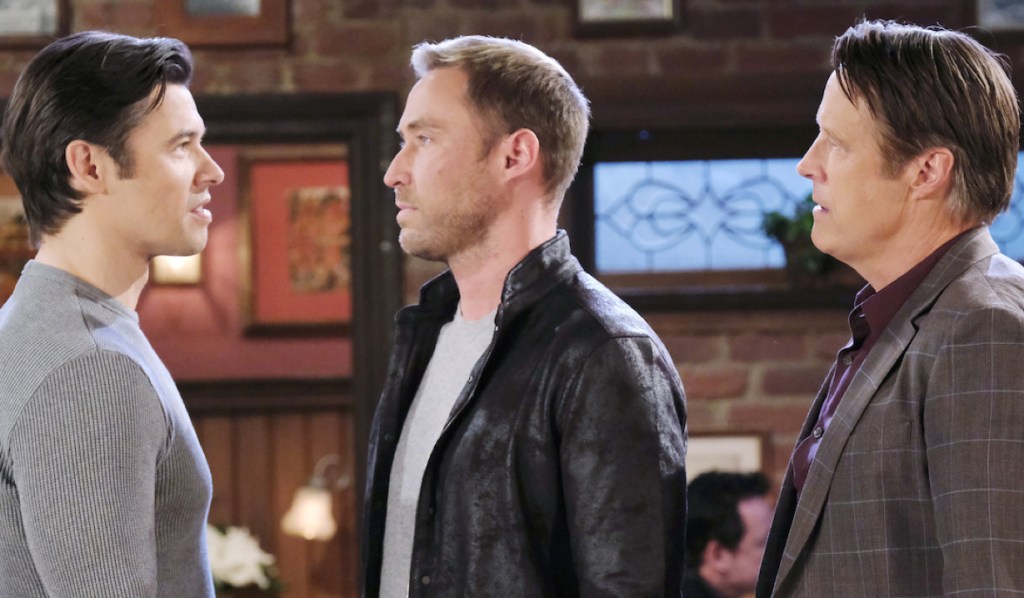 Outside the pub, Xander asks a relieved Jack to call a cab. Jack’s face falls when Xander says they’re going to another pub. As he eyes Rex inside the bar, Xander calls Sarah’s phone, but Kristen declines the call. Xander leaves a message declaring how happy he is that Sarah’s on life’s greatest adventure with him. He can’t wait until they become husband and wife.

After Chloe and Brady put Rachel to bed at John and Marlena’s, Brady talks about how much both he and Rachel miss Kristen. Later, Brady surprises Chloe with a sandwich and asks what she was going to tell him at the pub. Chloe just says she thinks Susan has a good heart. 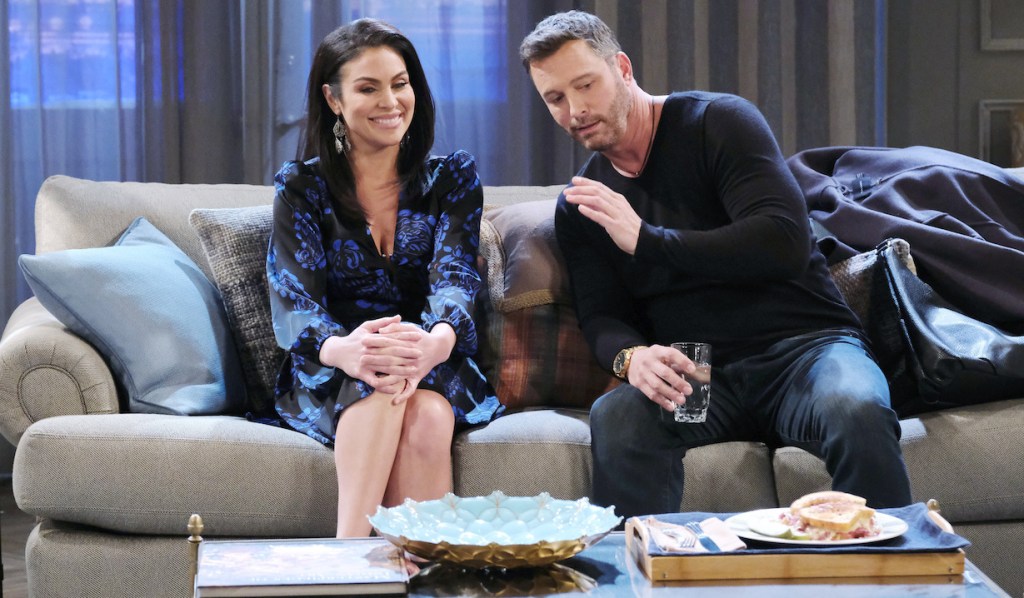 Ben looks in the glass cage and sees it’s been blown up. He points his gun at Evan and demands to be let in the room. Evan follows orders, but, sensing it’s an unsteady environment, suggests Ben come back another time for Ciara’s body. Ben clocks him out cold and says, “I’m not going anywhere without my wife.” Ben starts to dig through the rubble and finds the Through the Looking Glass book. 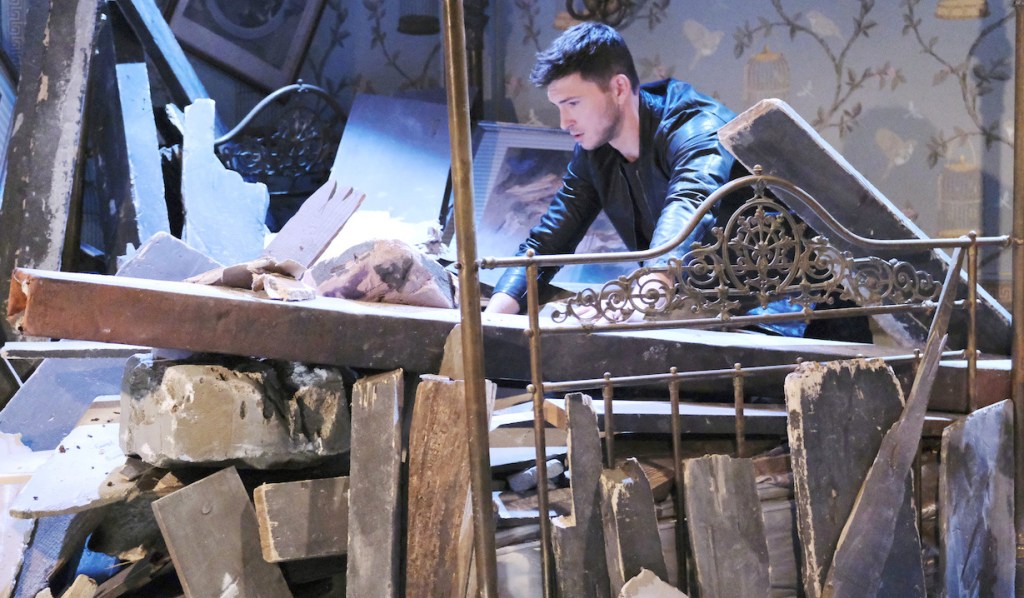 Ben chokes from the smoke as he lifts the mattress off the bed. He sees an unconscious Ciara under it. Ben sits down with her in his arms. He says, “I’m here, my love. I’m here.” Ben starts CPR when he can’t find a pulse. Ciara responds, but remains unconscious. When Ben starts to call for help, Evan leaps up and points a gun at him. Ben knows Evan won’t shoot them because that’s not how his and Ciara’s story ends. They’ve been through hell and back and nothing broke them. Evan mocks their “special connection,” calling their story a tragedy, not a fairy tale. He will shoot them and leave them to rot. Ben turns to Ciara, declaring he’ll never let her go. As Evan is about to shoot them, debris falls on him, causing him to collapse. 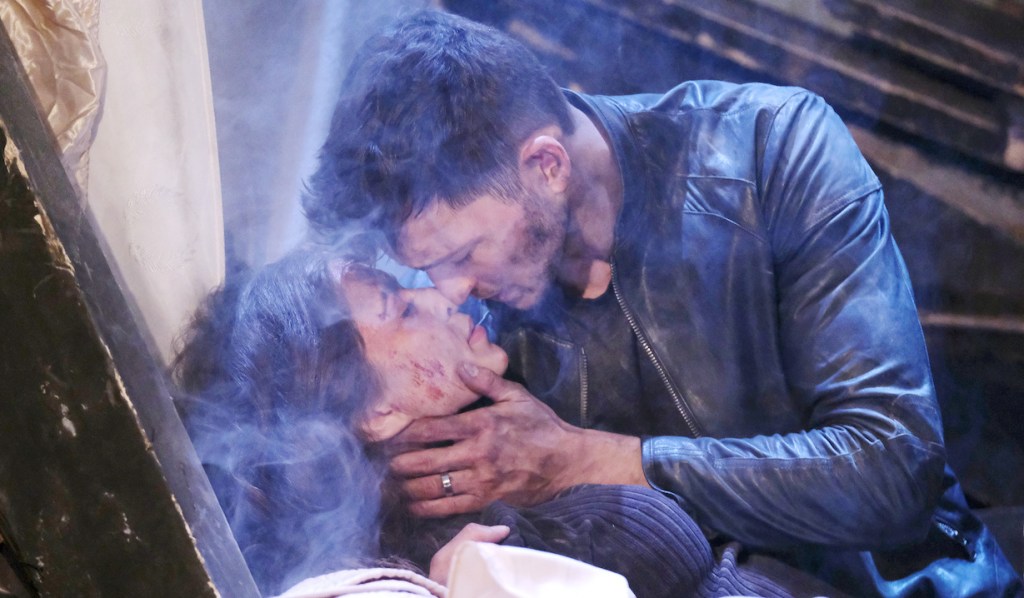 Belle meets Claire and Shawn at the hospital and learns about Ciara. Shawn wants to get dressed so he can help Ben find his sister. The women won’t let him get out of bed considering he was just shot.

As Claire calls Ben from the hospital lobby, she sees him walk off the elevator with Ciara in his arms. 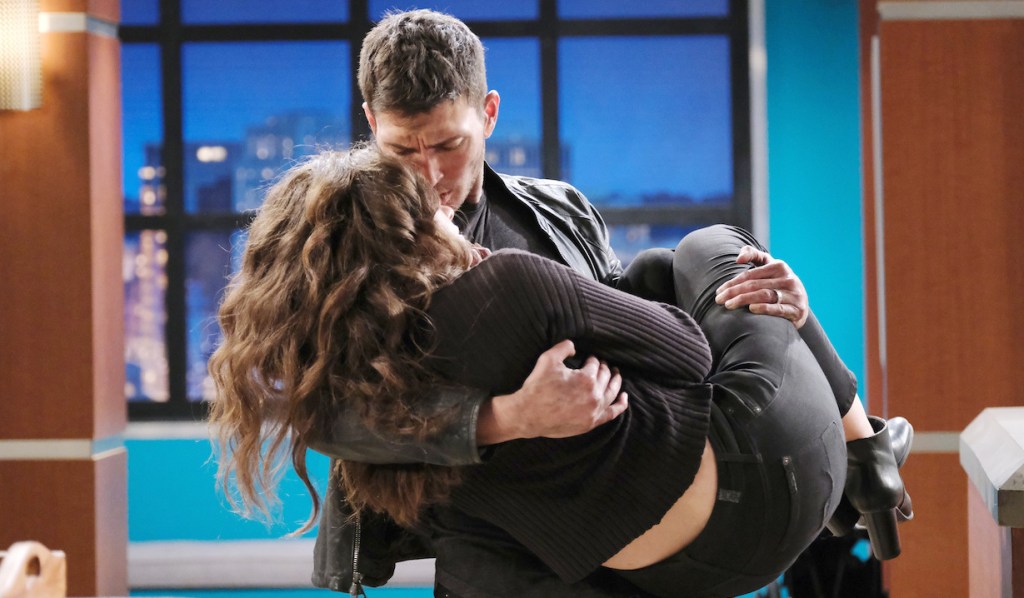 Next on Days of Our Lives: Xander searches for Sarah and Ben waits for word on Ciara.

Brady’s Pub chowder and Horton Christmas ornaments are just two of our favorite recurring bits on soaps. Look through our photo gallery below of more fun callbacks soaps have cultivated over the years and then get your free daily soap-opera fix for Days of Our Lives — and all of the other daytime dramas — delivered straight to your email inbox by signing up for Soaps.com’s newsletter. 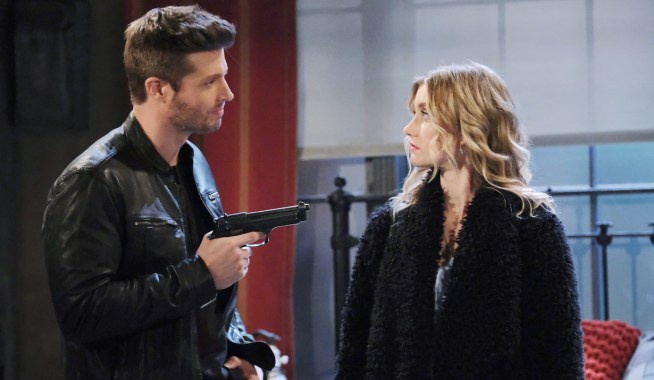 Someone Is Shot After Ben and Shawn Confront Evan — Plus, Sarah Finds More Than Her Dress at Basic Black 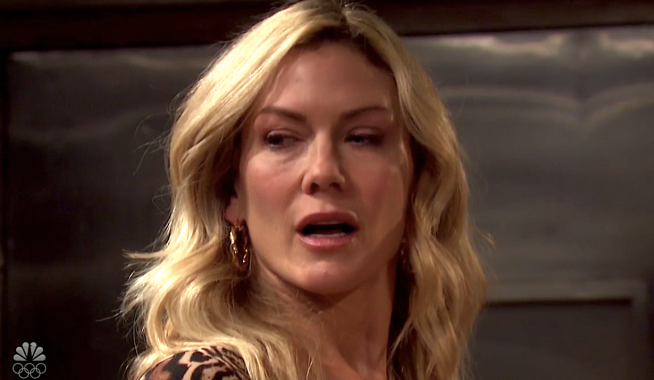