Someone Is Shot After Ben and Shawn Confront Evan — Plus, Sarah Finds More Than Her Dress at Basic Black

Thursday, March 11, 2021: Today on Days of Our Lives, Sarah gets a shock, Xander seeks a friend, and Ben hears Ciara's warning. 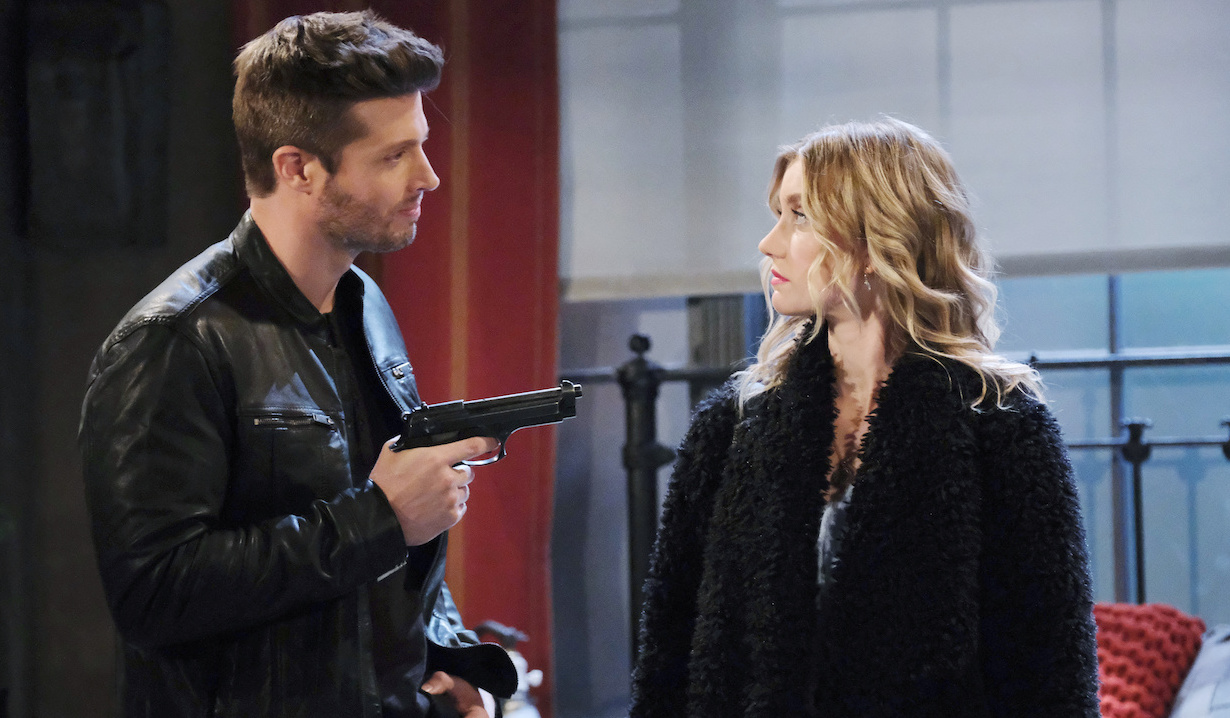 Worried about Evan killing Ben, Ciara calls out to her husband, warning he’s in danger. Desperate to escape, Ciara pulls a pipe loose. Gas escapes as she tries to break through the glass wall. She starts to cough and sinks to the floor.

Ben hears Ciara’s warning about Evan at the police station. He tells a dubious Shawn about it. They rush out to find Evan.

Claire begs Evan to let her go from Ben’s apartment. He says he can’t let her mess up his plans for Ben and puts a gun in her face. He says after he shoots Ben, he’ll put Ben’s head on a silver platter for Ciara. Claire is stunned to learn Ben and Susan were right about Ciara. After telling her the whole story, Evan says killing Claire will be an added dagger in Ciara’s heart. He cocks his gun at a teary Claire.

A gun-toting Shawn and Ben burst into Ben’s apartment. Evan grabs Claire and threatens to kill her unless Shawn hands him his gun. Shawn slides the gun to Evan, who still threatens to kill Claire. Shawn lunges at Evan. They struggle for the gun, which goes off. 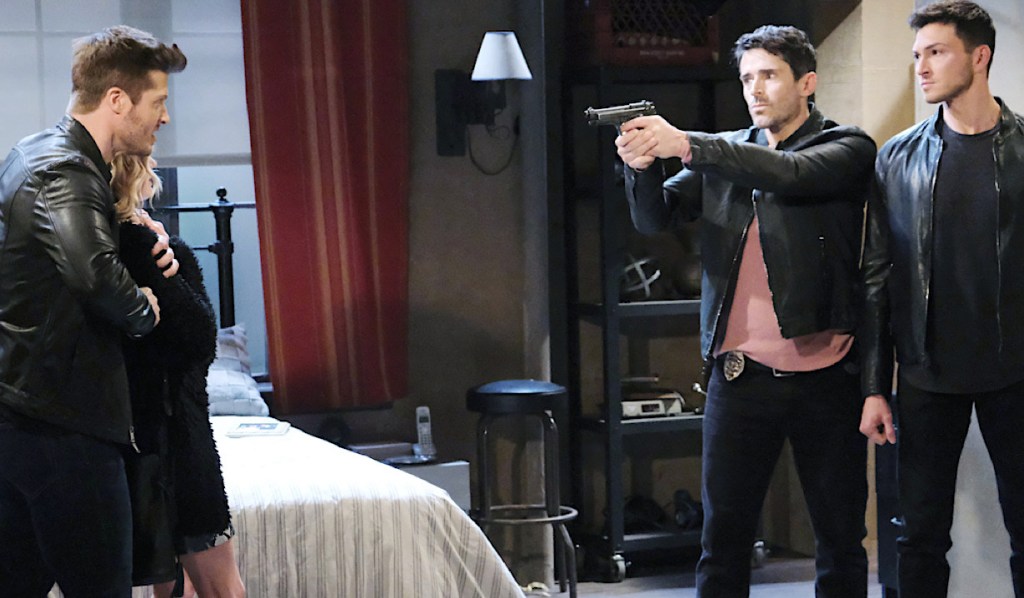 Ciara hears the gunshot in her cage and yells out for Ben. She wonders if it was in her head or if she really heard it. She slowly stands up and tries to break the glass again. As Ciara swings the pipe, it hits the metal bedframe, causing sparks to fly.

Back at Ben’s place, Shawn reels from a bullet wound to the leg. Ben gets hold of the gun and leads Evan out. Claire calls for an ambulance for Shawn. 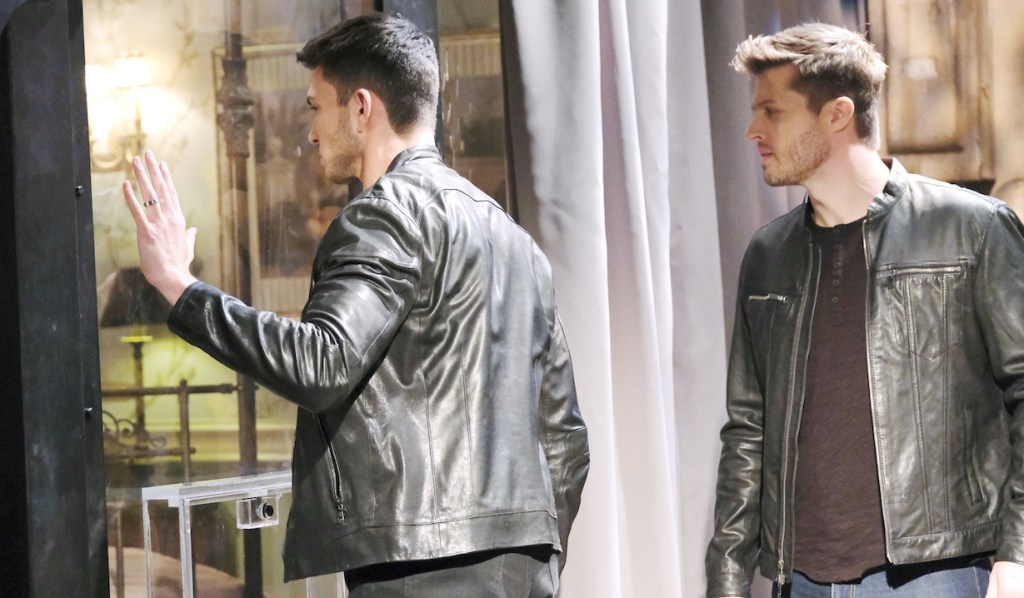 Ben forces Evan to take him to Ciara’s cage. When Evan draws back the curtain, Ben presses himself against the glass. Looking in, he says, “Oh my God.”

As Chloe texts Sarah about her wedding dress, “Susan” walks into Basic Black. She hands Chloe apology flowers. She feels responsible for not hearing the warning in her head about Brady’s shooting. That’s why she’s been hovering and blaming her. Chloe accepts her apology and they hug, but “Susan” fantasizes about stabbing her with a letter opener. “Susan” gets a “feeling” that Chloe is interested in Brady again and tries to goad her into admitting it. Kristen touches the letter opener as Chloe confesses she thinks about how good they were together and if they could be again. 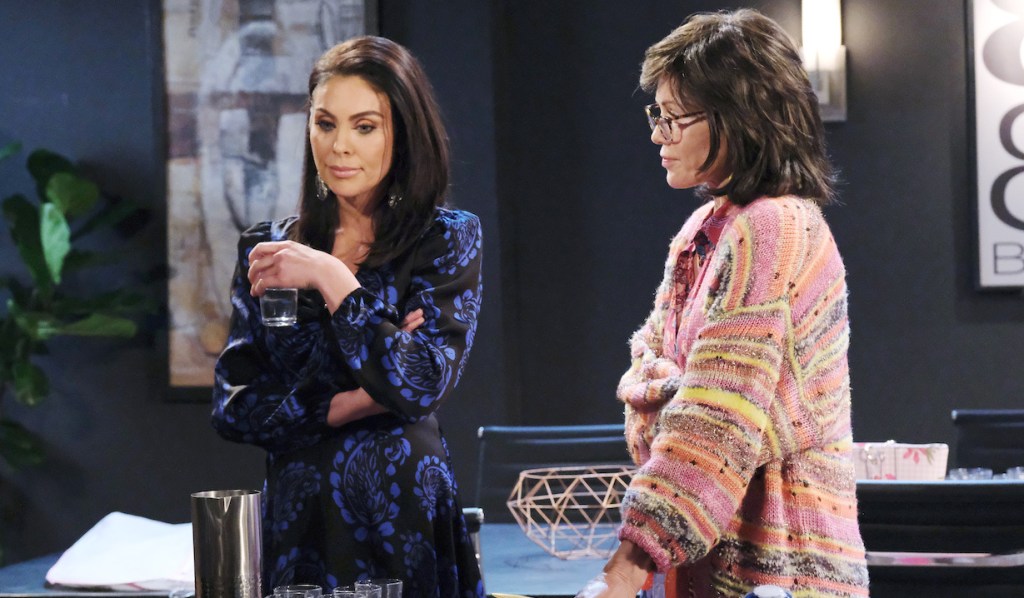 Brady calls to invite Chloe to dinner at the Pub. He wants to thank her for taking care of him. After Chloe hangs up, “Susan” reminds her that Brady is in love with Kristen. Chloe disparages Kristen, but is glad she and “Susan” are friends now. After Chloe leaves, Kristen throws something at the door and says she will kill Chloe before she lets her take Brady away from her.

Xander finds Sarah in her room putting on makeup. He draws her into his arms as they talk about their wedding tomorrow. Her phone goes off, but he asks her to ignore it this one time. They passionately kiss. Sarah grabs her phone and reads a message from Chloe, who has her wedding dress. Sarah tells Xander to go back to the Salem Inn because he can’t see her dress. Xander can’t wait to see her in her in it tomorrow right before he makes her his wife. 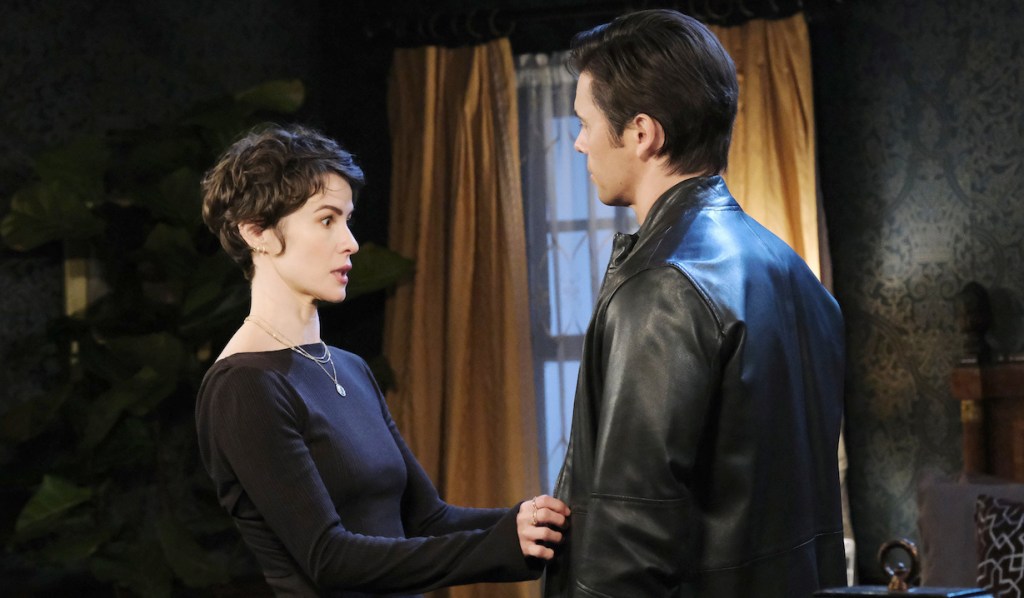 Justin and Bonnie stop by as Sarah wraps a gift for her groom. As her officiant, Justin asks if there’s anything she needs. Sarah can’t think of anything, but mentions her disappointment over Maggie not being her maid of honor. Bonnie offers her services. After a couple of beats, Sarah accepts. Bonnie grabs them drinks to toast and brings up Sarah’s past wedding to Rex. She asks if she ever hears from him. Sarah hasn’t, but notes he’s what led her to Xander. 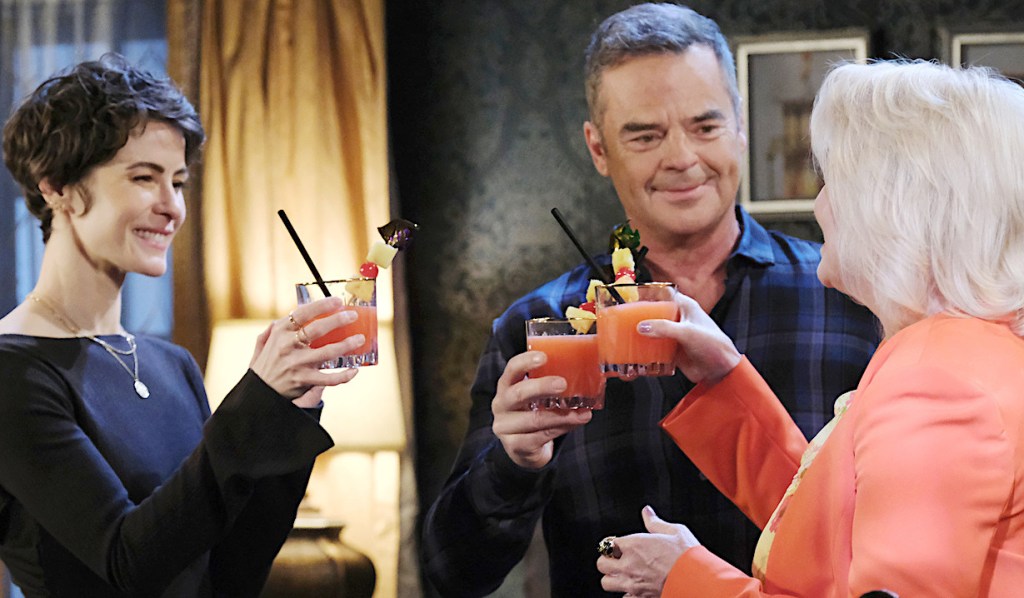 Sarah calls Chloe who has already left for Brady’s Pub. Sarah says she can pick up her dress at Basic Black herself.

At Basic Black, Kristen takes off her wig as she rants about Chloe. Sarah enters and says, “Kristen?!”

At the Pub, Chloe tells Brady about her visit with Susan. She confesses Susan got her to admit something she hadn’t want to face. 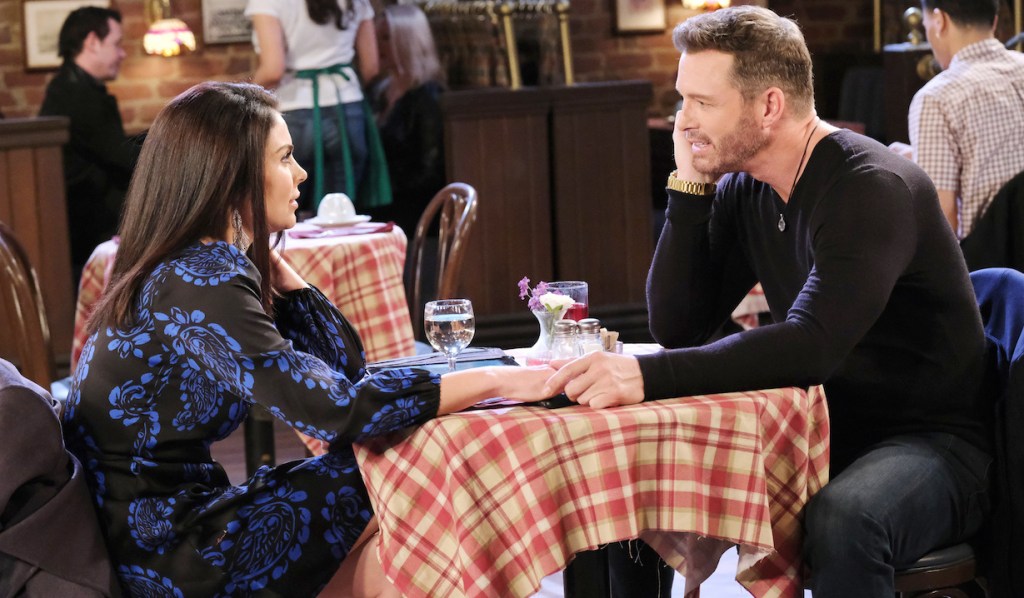 Xander stops by Jack’s. Xander needs a best man and was hoping Jack would be it. Jack’s confused considering they don’t know each other that well. Xander reminds him of the quality time they spent in Nashville. Jack retorts he sold him to Eve Donovan when he didn’t know who he was. Xander thinks they’ve gotten past that. Besides, Brady and Philip hate him. Noting Xander is lacking in the friend department, Jack says yes. Xander wraps him in a bear hug. When Jack tries to call it a night, Xander tells him they’re going on a pub crawl. 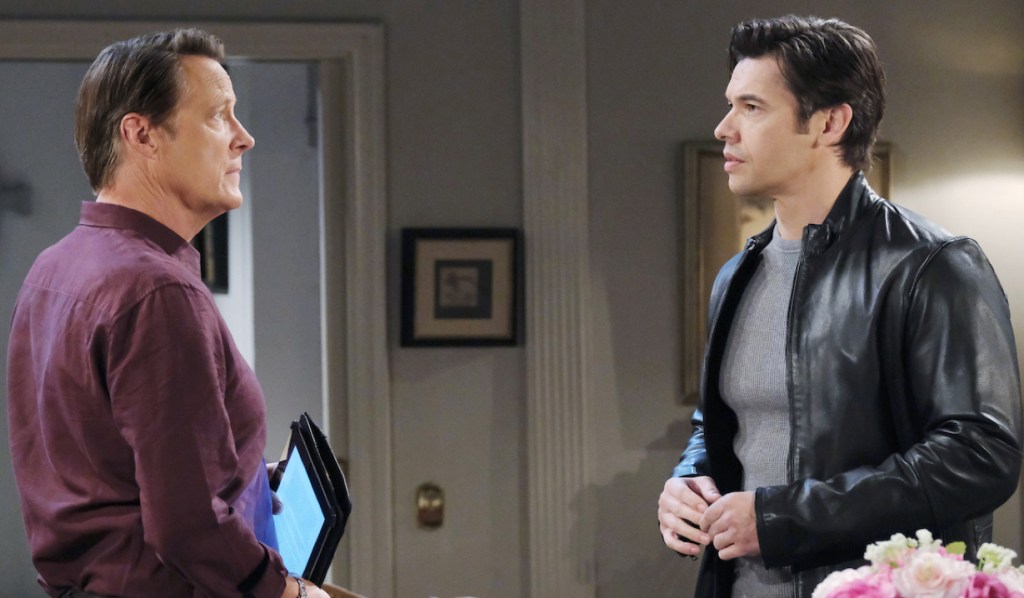 Next on Days of Our Lives: Rex crashes Xander’s bachelor party and Ben fears he’s too late.

Look through our photo gallery of off-screen best friend duos in the photo gallery below. Then, get your free daily soap-opera fix for Days of Our Lives — and all of the other daytime dramas — delivered straight to your email inbox by signing up for Soaps.com’s newsletter. 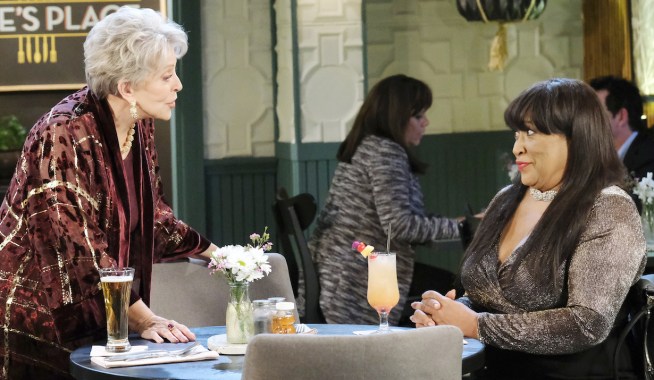 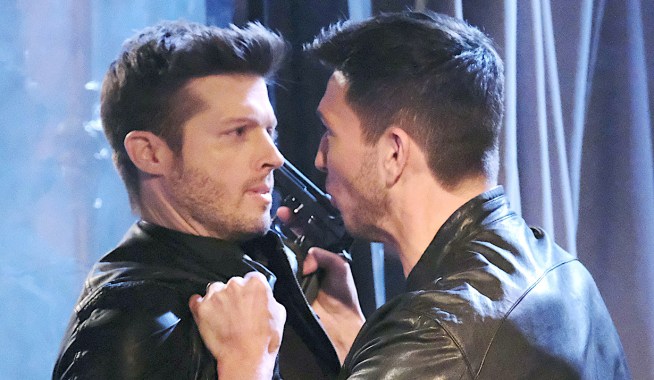