Friday, February 19, 2021: Today on Days of Our Lives, Claire lays a trap, Gabi has some thinking to do, and Evan dashes Ciara's hopes. 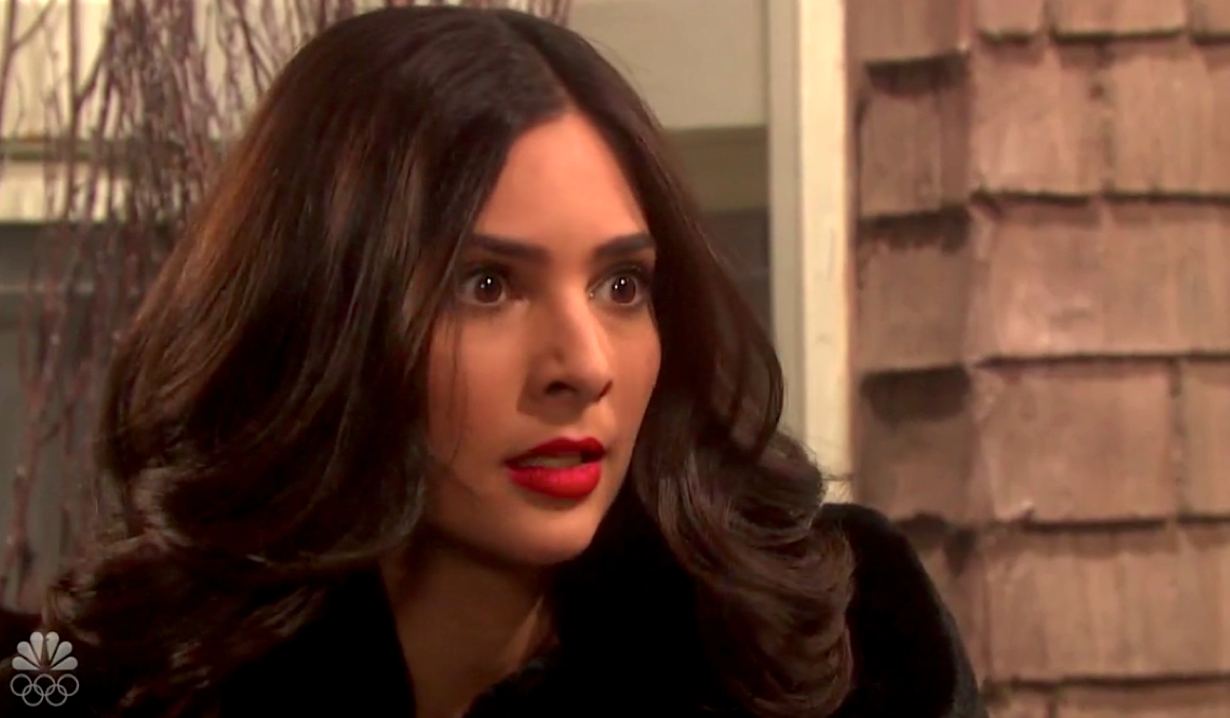 Outside Brady’s Pub, Abigail offers Gabi a half-hearted apology for accusing her of drugging her. An unimpressed Gabi rails at her, so Abigail apologizes again. She says it’s really all Gwen’s fault and fills Gabi in on Gwen being her sister and everything she did to her and her family. Gabi’s semi-impressed by Gwen, but Abigail declares she’s going to make her pay. She thinks Gabi could help her. Gabi wonders why she would do that. Abigail reminds Gabi Gwen let her take the fall for what she did. Doesn’t she deserve some payback? Gabi is the last person she would turn to for help, but she thinks they can strike harder if they work together. They can watch Gwen get what she deserves in spectacular fashion. When Gabi’s reluctant to agree, Abigail asks her to think about it. 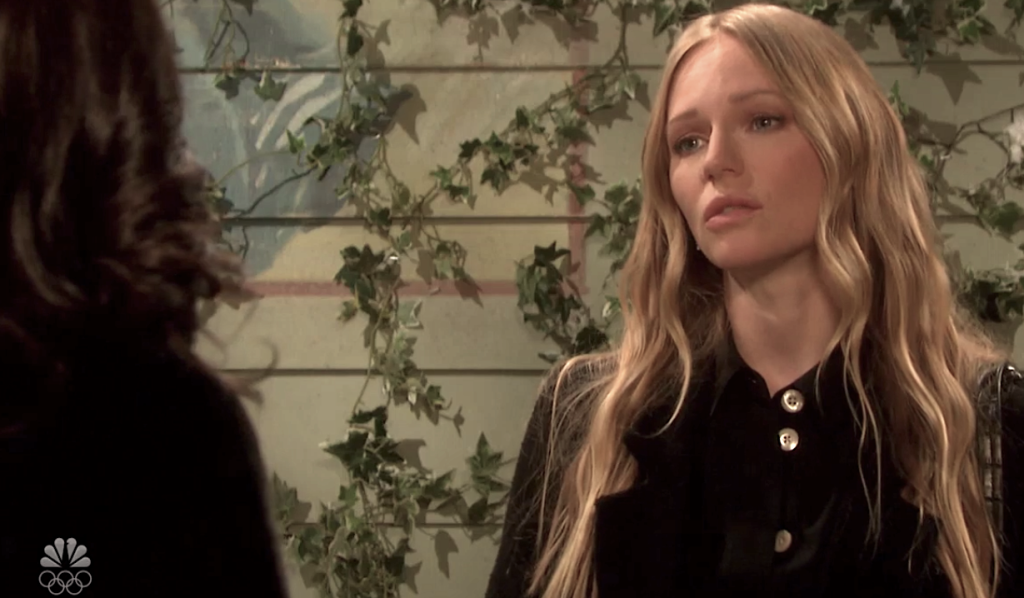 Gwen sees Charlie reading on his tablet in the Square. When she sits down with him they trade explanations on the things they’ve been accused of. Gwen makes snide remarks about Charlie being a rapist who believes he has a soulmate. Without saying Claire’s name, Charlie insists they have a deep connection and that she wants him. He grows agitated wondering why “they” can’t let them be happy. He won’t lose the best thing that’s ever happened to him. Concerned, Gwen wonders what he’s going to do. Charlie says he’ll get her alone to fix things. Gwen thinks his “girlfriend” won’t want to be alone with him. No sane person would.

After Charlie’s left, Gabi finds Gwen alone in the Square and the women snipe at each other. 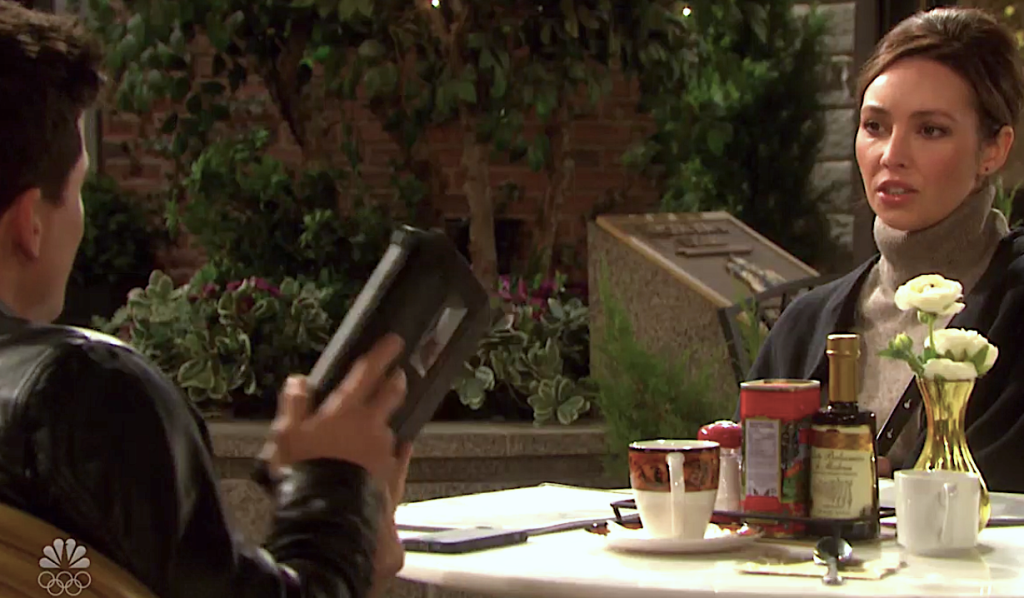 Claire passionately tells Belle at home about Ben’s belief that Ciara is alive. Belle doesn’t believe Ben’s signs mean anything. She thinks Ben is just having a hard time accepting his wife is gone. Claire swears it’s not denial and explains Ben went to Statesville to talk to Vincent. Belle doesn’t want her to get her hopes up. Claire just hopes he can find even the smallest clue.

Claire tells Belle about Ben helping her when Charlie grabbed her. Belle is worried for her daughter’s safety, but Claire is more worried about Allie. Belle reluctantly admits Charlie might get away with raping her. Claire is outraged, but Belle says, short of a confession, he’ll never do prison time. Claire thinks there must be a way to make him pay, but Belle urges her to accept it. At home, Charlie paces wondering how he can get Claire alone. Claire calls him and asks if they can get together.

Shawn and Ben bust into Rhodes’ place, but it’s empty. Ben tosses the place, but can’t find anything. Shawn learns from a neighbor that Rhodes hasn’t been seen since September. Ben notes that’s when Ciara went missing. What if Rhodes took her someplace else. Shawn suggests they look in the storage room for a clue. 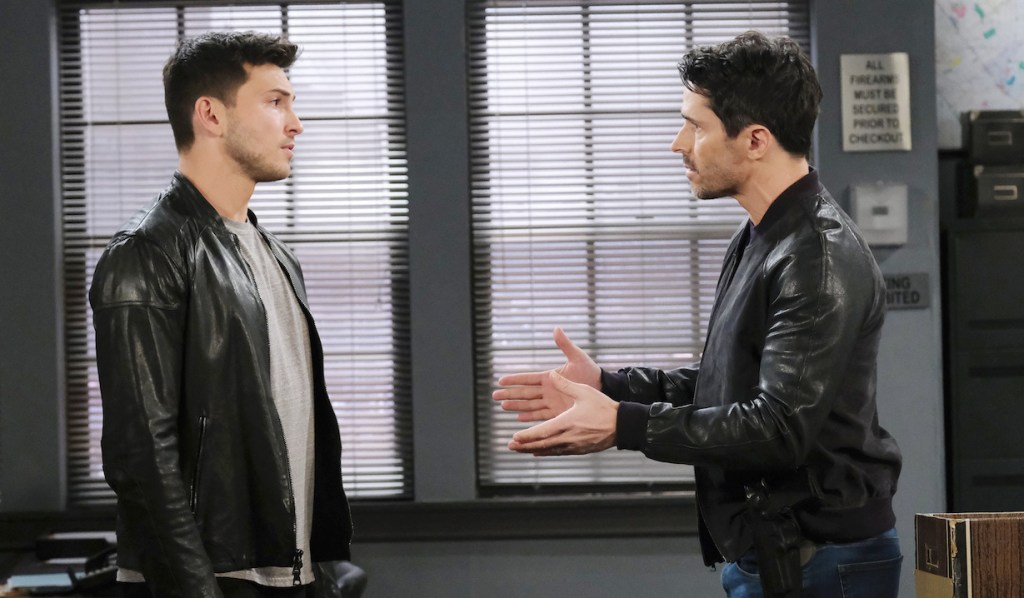 Shawn and Ben bring Rhodes’ things to the station. Shawn thinks they’ve hit a dead-end, but Ben is undeterred. He knows Ciara is desperately trying to connect to them because she needs their help. Shawn thinks Ben needs to prepare for the possibility that Rhodes doesn’t have Ciara.

Ben returns home and swears to Ciara’s photo that he will never give up on her.

Belle joins Shawn at the police department. They compare notes about Ben and Claire’s beliefs. Shawn says they need to talk to Rhodes to figure out if they’re right. 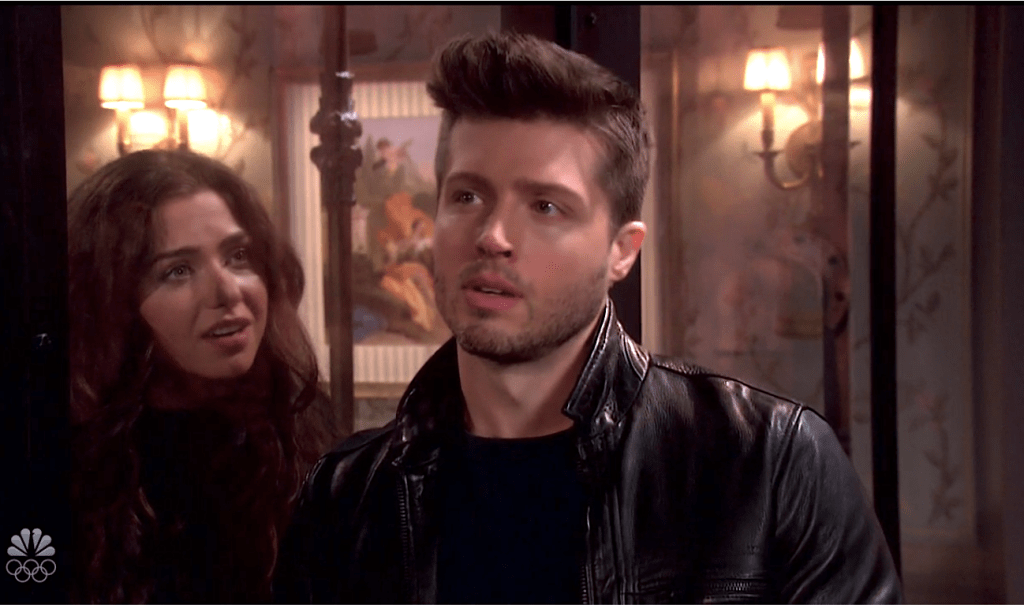 After Rhodes is shot through the chest, Ciara is stunned to see Evan. Evan confirms Rhodes is dead and then gloats over Ciara thinking Ben came to rescue her. Ciara asks how he got out of Statesville. Even fills her in on his mental breakdown, transferring to Bayview, and Orpheus forcing Marlena to get him out of there. After he double-crossed his father and left town, Orpheus called him to relay that Ciara was still alive, giving him a golden opportunity to pay her back for destroying his life. She asks if he’s going to kill her like he killed Rhodes. He says he and Orpheus have other plans for her.

Hot Topics: Dishing about the crazy Ciara twist that changes everything, a new scheme team out to cause big trouble and more in this week’s Soapbox.

It’s not in the cards for Rhodes, but the Salem villains in the photo gallery below turned their lives around. While you’re here, get your free daily soap-opera fix for Days of Our Lives — and all of the other daytime dramas — delivered straight to your email inbox by signing up for Soaps.com’s newsletter. 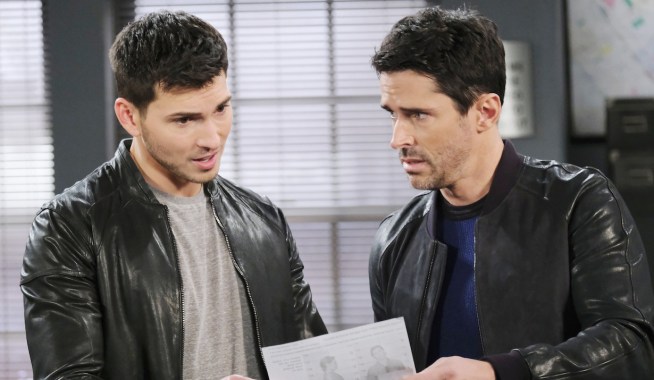 Ben and Shawn Get a Lead on Rhodes, as the Cocky Cowboy Faces an Unpleasant Surprise 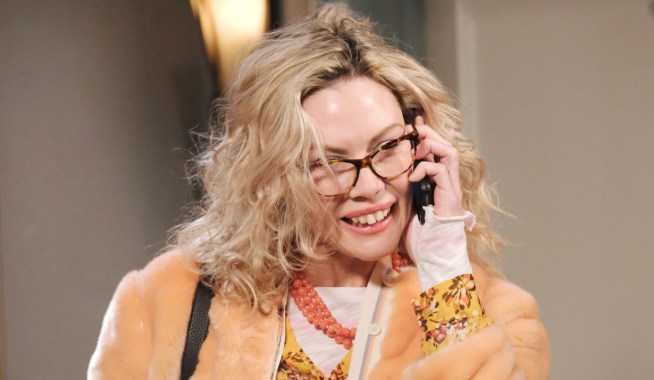