Ben and Shawn Get a Lead on Rhodes, as the Cocky Cowboy Faces an Unpleasant Surprise

Thursday, February 18, 2021: Today on Days of Our Lives, Gabi tries to entice Jake, Abigail and Gwen are arrested, and Rhodes' day takes a turn. 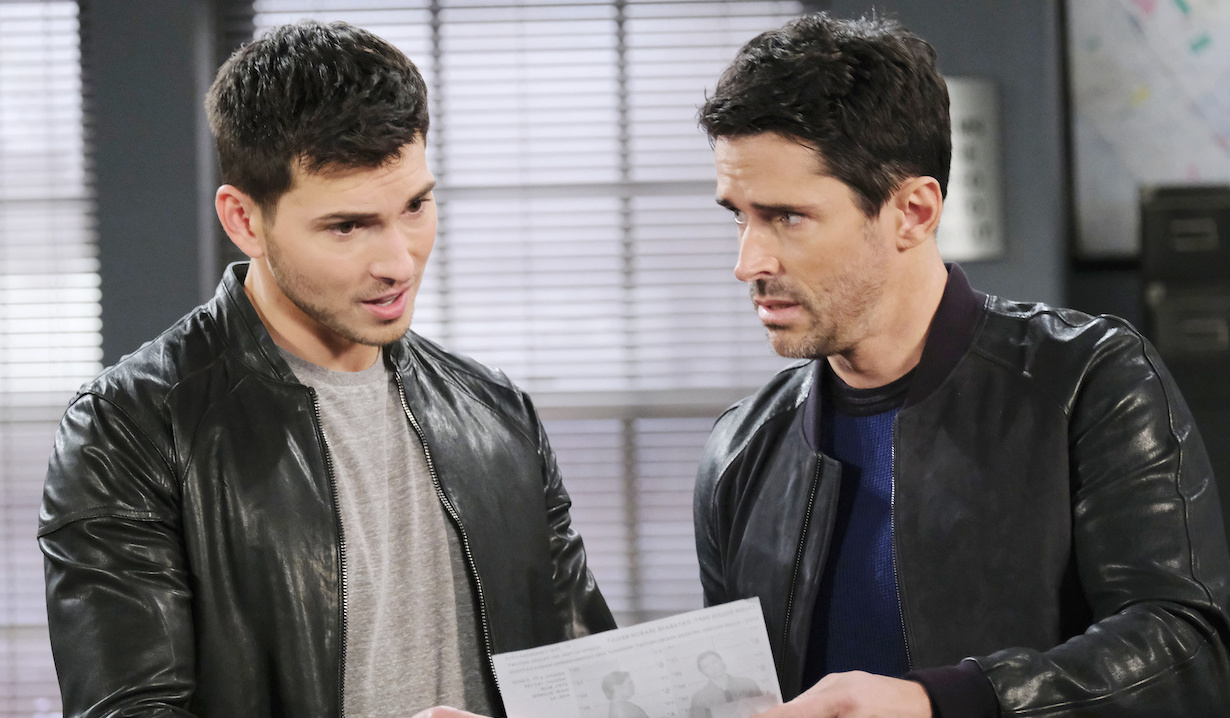 At Titan, Philip needles Kate about Gabi running back to Jake if Titan doesn’t take her deal. Kate declares she’s not threatened by Gabi, but Philip thinks she should be. He knows Gabi is ruthless and hates to lose. Kate assures her son she knows all about Gabi’s tactics and she trusts Jake. After more back and forth, including digs about each other’s love lives, Philip tells his mother he was already going to make the deal with Gabi. Kate is happy to hear it, but suggests he keep things professional. She informs Philip they might be competition soon.

More: Milwaukee newscaster has too much fun watching Days

In the Square, Gabi tells Jake she met with Philip about Gabi Chic. She says letting her get away will be the biggest mistake he ever made. He could have had her and Gabi Chic. Instead, he’ll end up with nothing. Gabi does her best to entice him, but Jake stays strong. He tells Gabi Kate makes him happy. She’s all he wants. Gabi knows the night they spent together haunts him and that he’s terrified of how much he still wants her. Jake lets out a long sigh as she walks away. 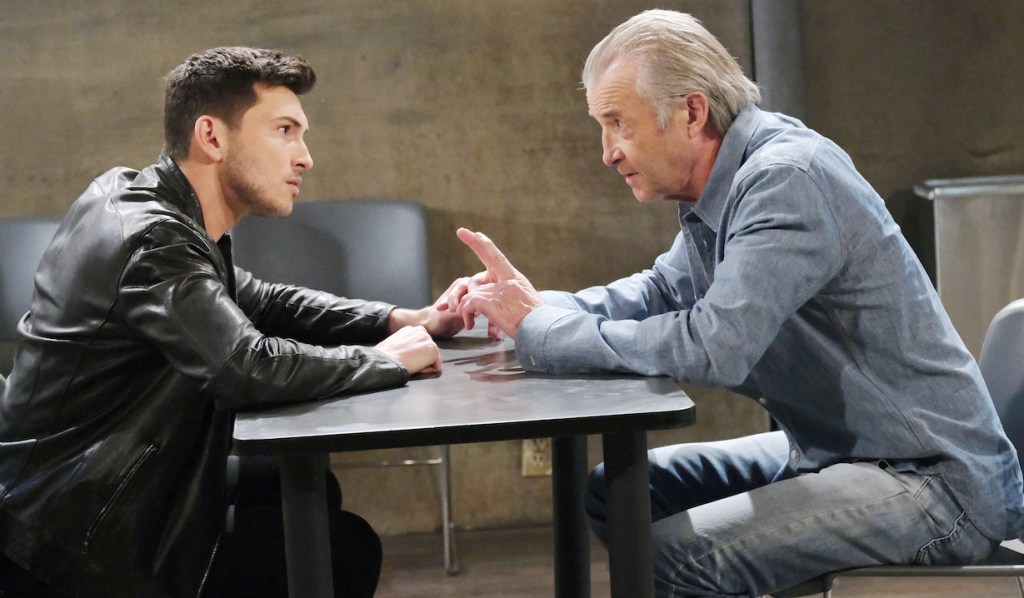 Ben waits for Vincent in the prison visitors’ room. Clyde sits down instead and tells him Vincent was found dead in his cell. Ben accuses his father of killing him. Clyde thinks Vincent got what he deserved, but insists it wasn’t him. He thought Ben would be happy to hear the news, but Ben counters Vincent had answers about Ciara, who is alive. Clyde scoffs after hearing Ben’s story about the fortune cookie and Susan Banks’ visions. Clyde wants to believe him, but he needs proof. Ben tells him Ciara called him. Clyde wonders where she could be. Ben says Vincent is the only person who knows, but Clyde thinks otherwise. He relays Vincent was expecting a visitor. If Ben can find out who it was, he might be able to find Ciara.

More: Brady is being a terrible friend to Chloe

After Ben leaves, Orpheus approaches Clyde, who thanks him for the tip about Ben’s visit. They talk about their sons and Clyde shares Ben thinks Ciara is still alive. Orpheus makes cryptic comments about Ciara’s whereabouts. 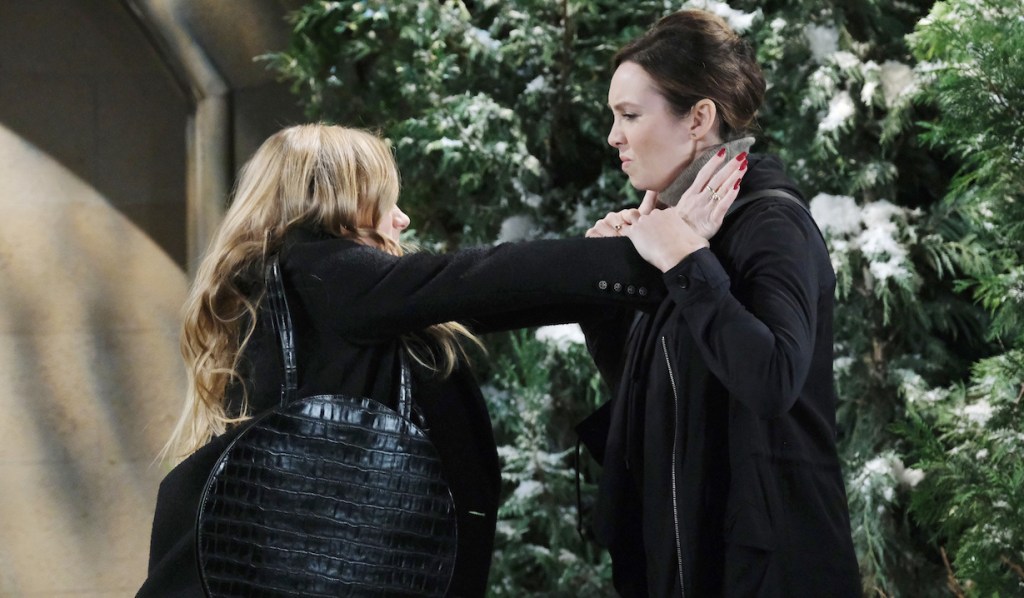 In the cemetery, Abigail accuses Gwen of intentionally killing Laura. Gwen insists it was an accident, but wonders what Abigail would do it if wasn’t. Abigail says she’ll give her a real black eye this time and lunges for her. Shawn, who was paying respects to Ciara nearby, breaks them up. When they don’t back off each other, Shawn takes them both to the station.

Shawn handcuffs both Abigail and Gwen to chairs in the police department interrogation room. He tells them they need to learn to coexist and leaves them to hash out their issues. Abigail tries to goad Gwen into admitting to killing Laura in cold blood, but Gwen doesn’t bite. 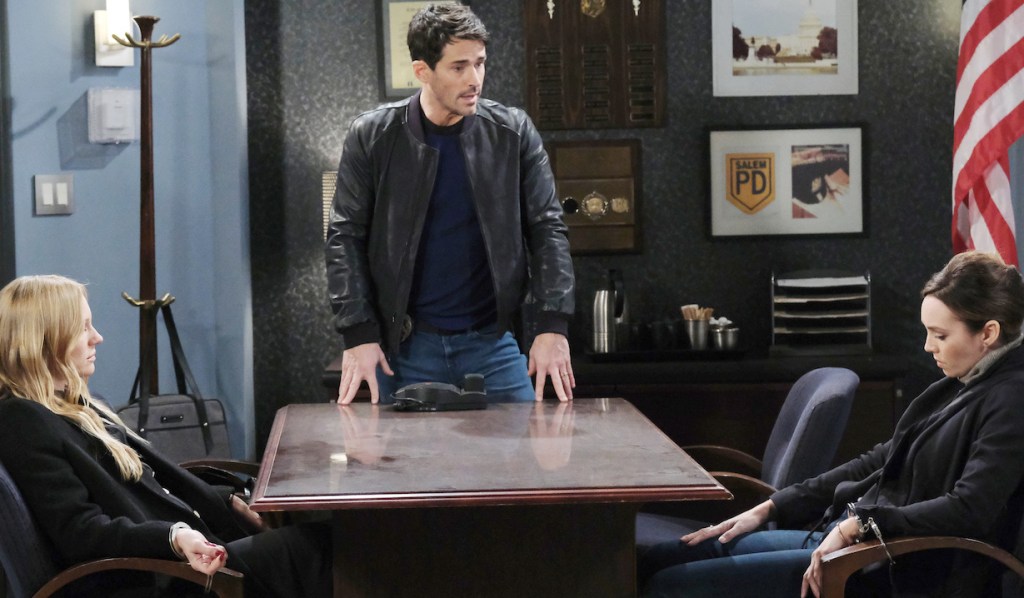 Ben enters the squad room to talk to Shawn about Ciara. He tells his brother-in-law why he thinks Ciara is alive and that he has a lead from the prison visitors log. Shawn puts the man’s name in the database and steps away to take a call from the D.A.

Shawn returns to Abigail and Gwen. The D.A. agreed they can bring charges against each other, which would require them to share a cell, or they can walk away. They agree to let it go.

When Shawn leaves the interrogation room, he sees they got a match on Vincent’s visitor, whose alias is Rhodes. Ben looks at the photo and sees a tattoo of a shark. They head out to the address on file.

When Rhodes brings Ciara breakfast in her cage, he tells her Vincent is dead. Ciara thinks he can let her go now, but Rhodes corrects her — he has a new boss now. He can’t tell her who he is though. As he assures her no one is coming to save her, someone enters and shoots Rhodes.

Gwen returns to Laura’s grave. She cries as she says she is so sorry about what happened in the hotel room.

Abigail and Gabi run into each other outside Brady’s Pub. Abigail says they need to talk.

Next on Days of Our Lives: Abby has a proposition for Gabi and Ciara is visited by a familiar face.

Revisit Abigail’s past in our photo gallery below. Then, get your free daily soap-opera fix for Days of Our Lives — and all of the other daytime dramas — delivered straight to your email inbox by signing up for Soaps.com’s newsletter.

<p>Abigail, then known as Abby, hung out with Chelsea Brady as a teen. Abby participated in her friend’s schemes to land Patrick for herself.</p>

<p>When a drunk and disappointed Austin passed out, Abigail, his assistant, took advantage. She took off her clothes and joined him on the sofa, and later told him they’d had sex.</p>

<p>Abigail has believed her father to be dead numerous times, only to learn he’d been staying away. Though the two have shared some tense times, when Abigail became trapped in an elevator at a gala, Jack pushed her out to save her life, then ‘died’ when it plunged to the ground after the cables snapped.</p>

<p>Abigail took up with EJ, who was still involved with Sami. It made for an unsettling and crazy time in Abigail’s life when Sami decided to take her revenge.</p>

<p>Another crazy period in Abigail’s life came when she agreed to marry Dario, who claimed he was about to be deported. She still loved Chad, who she believed had connected with Gabi during the time Abigail had faked her death, and wound up in the hospital in critical condition after pushing him out of the way of a speeding car and taking the impact herself.</p>

<p>Abigail’s relationship with Ben took a dark turn when he became jealous over Chad and held her captive in a cabin. She was pregnant and didn’t know which man was the father. Ben forced her to give birth in captivity then set the place on fire after taking off with the baby.</p>

<p>Abigail returned the favor by tying Ben to a bed and setting fire to the room after he escaped and showed up at the DiMera mansion. She later set fires in her mental institution.</p>

<p>While back with Chad after her return from the dead, Abigail developed D.I.D. One of her alters, Gabby, took up with Stefan DiMera.</p>

<p>Abigail began having hallucinations and was hospitalized. She and Chad feared her D.I.D. was returning, but later learned she had been drugged. Abigail will have to leave Salem to seek treatment in Florida.</p>

<p>Back home once again, Abigail discovered she had a long-lost sister that even dad Jack never knew about. It wasn’t exactly a happy discovery as Gwen got pregnant after sleeping with Chad and then falsely blamed Abigail for her miscarriage. Abigail decided to take another time out from Salem shortly afterward.</p>

Sarah Offers Xander Cake When He...