Monday, February 8, 2021: Today on Days of Our Lives, Gabi and Xander make a deal, Laura confronts Gwen, and Jake offers Kate a job. 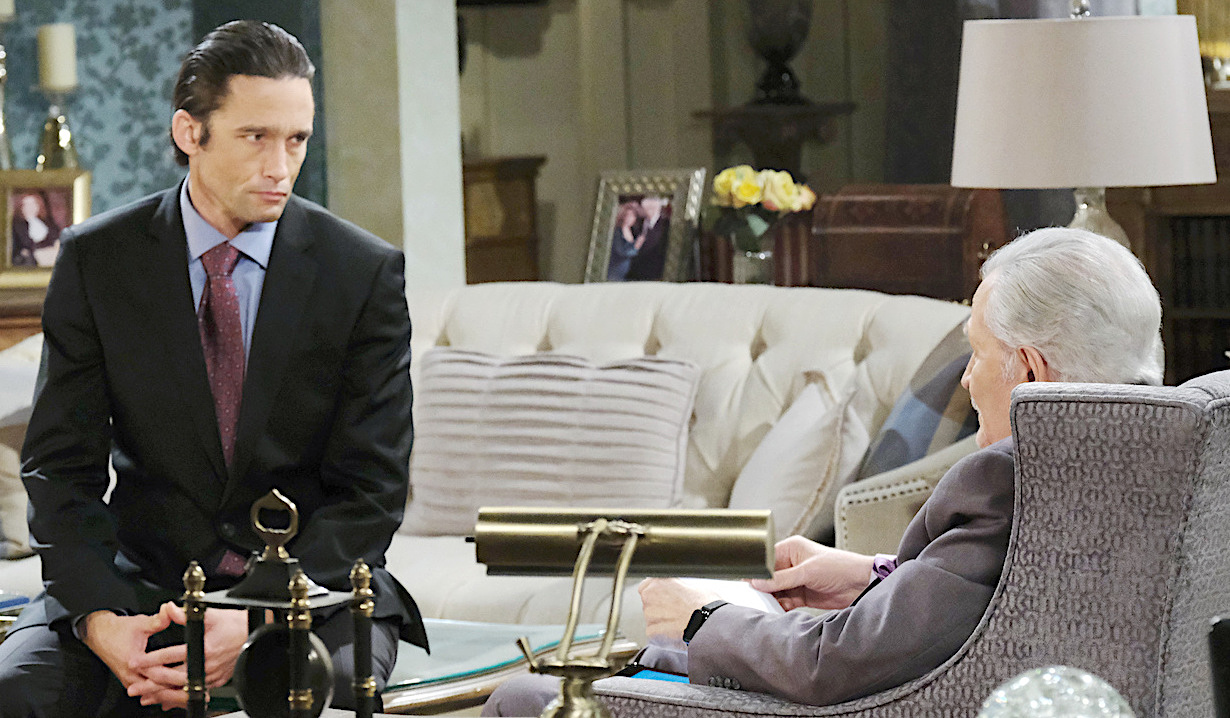 At home, Victor tells Philip he settled everything with the Vitalis. Philip appreciates it and hands him his letter of resignation. Philip knows he failed the company and himself, but worst of all Victor. Philip starts to go upstairs to pack, but Victor stops him. Philip is his son and he doesn’t want to lose him again. He asks him to stay.

Gabi visits Xander in his office. She throws her Gabi Chic proposal on his desk saying it’s his lucky day. He’s impressed by her proposal and thinks Gabi Chic is the perfect way for Titan to compete with Basic Black. She wonders if he needs Philip’s approval, but Xander indicates Philip’s not a factor. He offers her a deal and they shake on it, but Gabi wants to know what Philip did.

Xander returns home to overhear Victor telling Philip he still has a job at Titan. 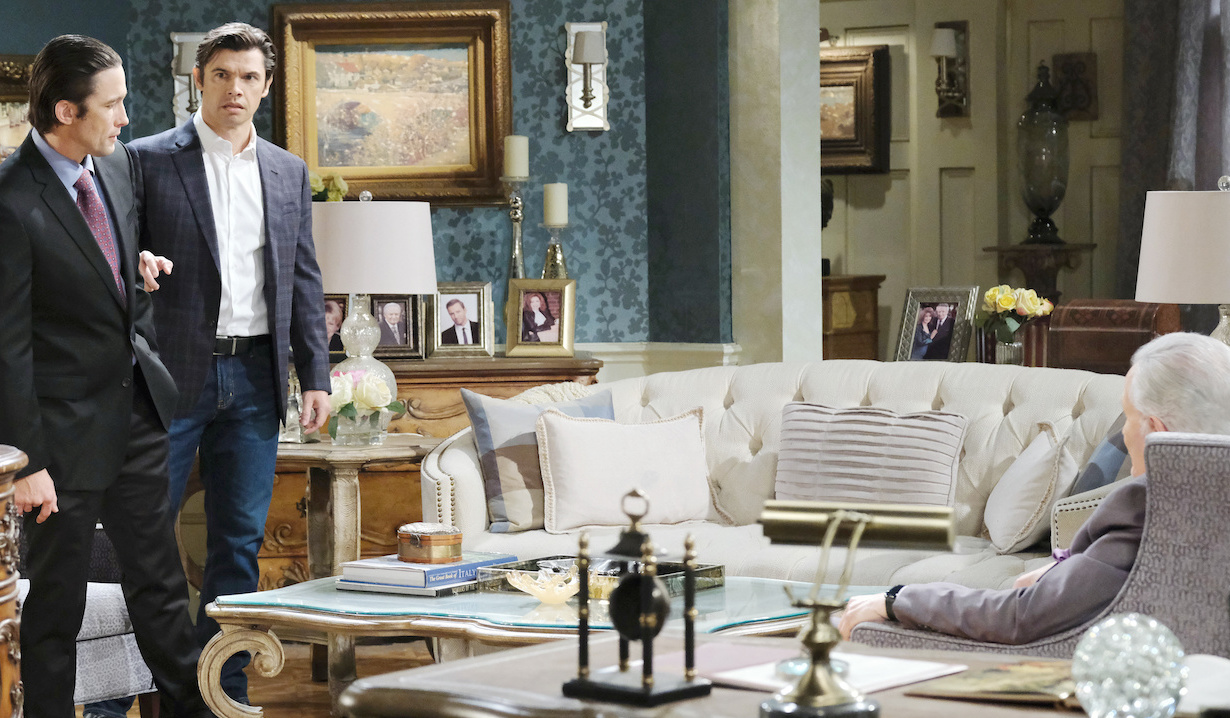 Kate encounters Jake putting on a tie in the DiMera living room. He tells her he turned Gabi down, so they won’t be working together. She wonders if he made the decision because of business or because of her. Jake explains he got advice from Tony before making his decision. Kate suggests he ask Tony to return to the company because he could use an ally by his side. Jake has someone else in mind for that — her. Kate thinks it could get messy. Plus, she has a job with Abe, which she is good at and likes. Jake thinks they could do great things together. He asks her to think about it and leaves for the office. 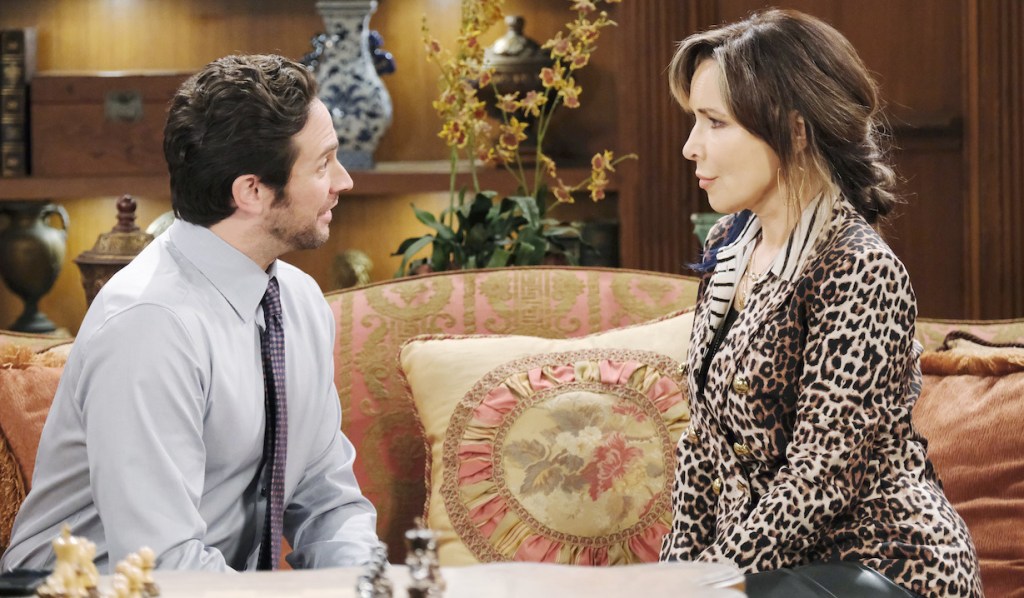 Chad enters the DiMera living room. He has colorful goo all over his white t-shirt after losing an “epic slime battle” to his children. Kate mentions that Jake asked her to work with him at DiMera, but she hasn’t decided. They talk about Kate’s feelings regarding Gabi and Jake and then move on to discussing Chad sleeping with Gwen. Chad tells Kate the whole Gwen story. Kate is blown away upon learning what Laura did. 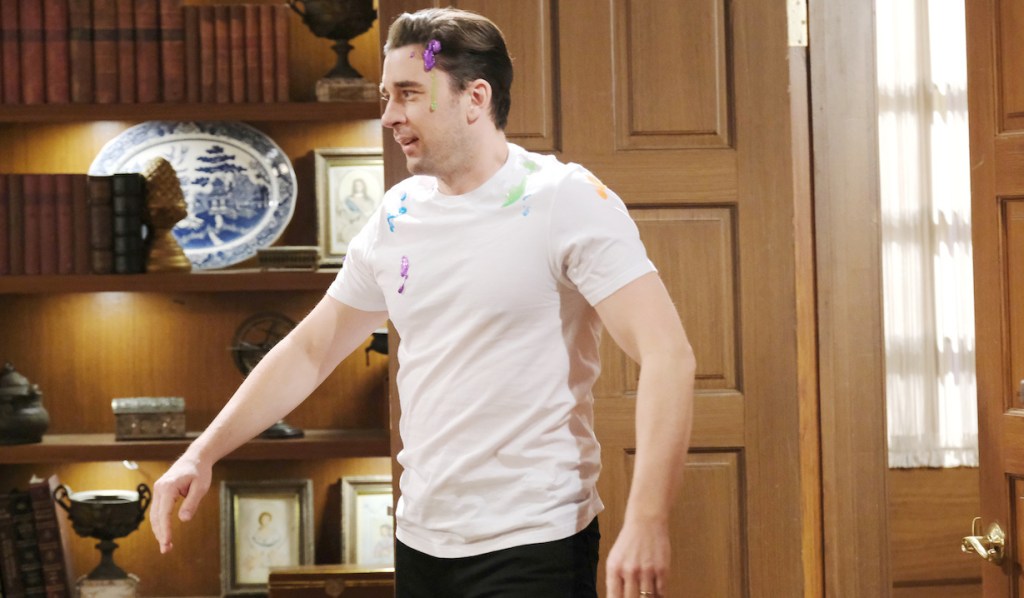 Abigail runs into Jake outside Brady’s Pub. She tells him Gwen is her sister and that she drugged her. Jake points out how much hell she and Chad gave Gabi for it. Abigail explains they apologized for that and Jake shares how he turned Gabi’s proposal for Gabi Chic down. Abigail asks about his relationship with Gabi. He admits he started having feelings for her, but now he’s with Kate. She asks if his feelings are still there for Gabi. He doesn’t answer, but says how sorry he is for what Gwen did to her. He wonders if she and Chad will work things out. She doesn’t know.

After Jake gets coffee inside the pub, he runs into Gabi. She gloats that she’s teamed up with Titan and they’ll run him into the ground.

After Kate leaves the DiMera mansion, Chad takes off his slime-filled shirt. Abigail walks in. 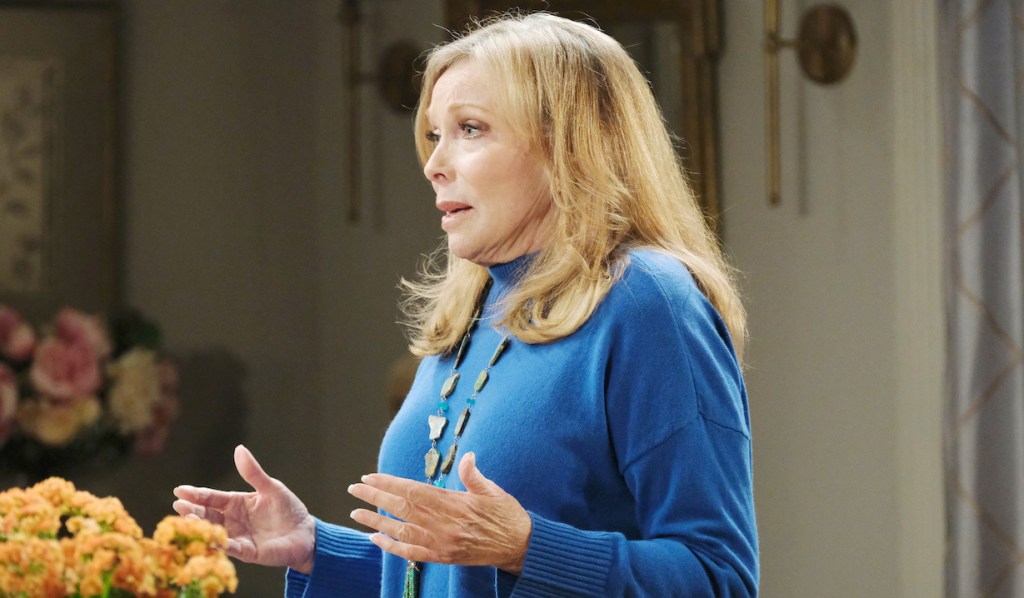 At the Horton House, Jennifer tells her mother how much pain her actions have caused everyone. Laura tearfully says she’s sorry for what she did, but she can’t take it back. Jennifer knows she set out to protect her family, but the consequences were disastrous. Laura wants to try and fix things, but Jennifer suggests she just stay out of it. She asks if Jennifer can forgive her. Jennifer says, of course, but she’s not the one who lost the most from what she did.

Jack comes to see Gwen in her hotel room. He wants to apologize. He hates how he hurt Jennifer and Abigail, but he knows why she did it. Gwen relays she knows someone else paid off her mother, but Abigail didn’t tell her who. Jack admits it was his mother-in-law, Laura. He wants to make up for what they both lost and thinks everyone deserves a second chance. Jack says there’s nothing she did that changes the fact that she’s his daughter. He’s willing to try and make up for the past if she’ll leave Abigail alone. He wants to try and be her father, but if she wages war against her sister, it will never work. Gwen will take it under advisement.

After running into and sniping at Kate in the Square, Laura knocks on Gwen’s Salem Inn door. 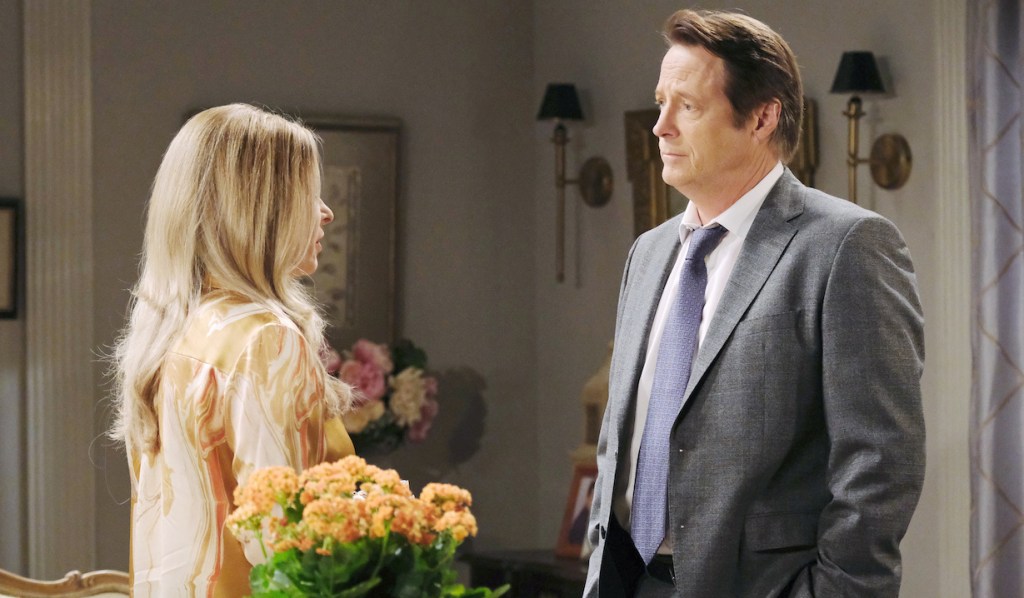 Jack comes home and tells Jennifer he offered to be Gwen’s dad. Jennifer is sure Gwen will forgive him, but she wonders if Gwen can forgive Laura.

Next on Days of Our Lives: Xander’s pushed too far and Laura and Gwen hash things out.

Soap moms like Laura make some questionable decisions when it comes to their kids, but things are a little different in real life. Look at your favorite soap stars with their mothers in the photo gallery below, and then, get your free daily soap-opera fix for Days of Our Lives — and all of the other daytime dramas — delivered straight to your email inbox by signing up for Soaps.com’s newsletter. 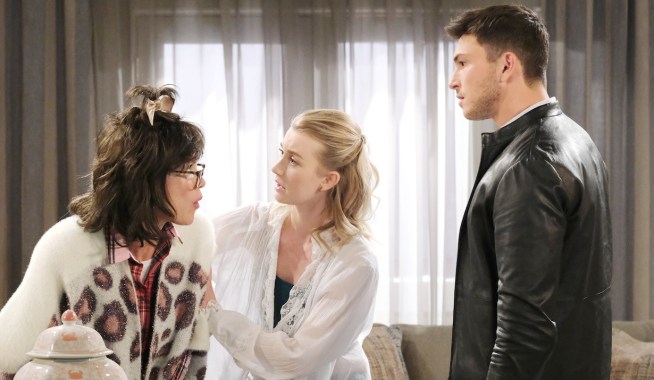 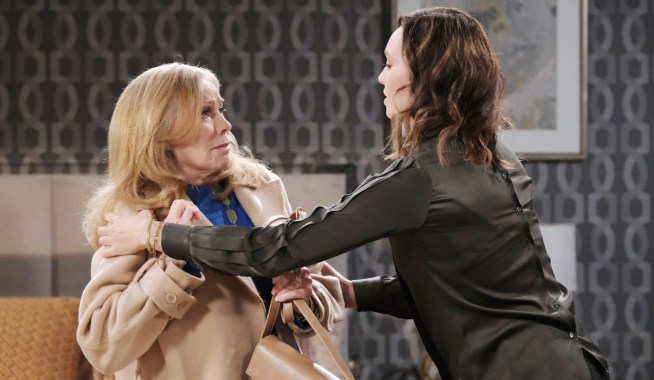