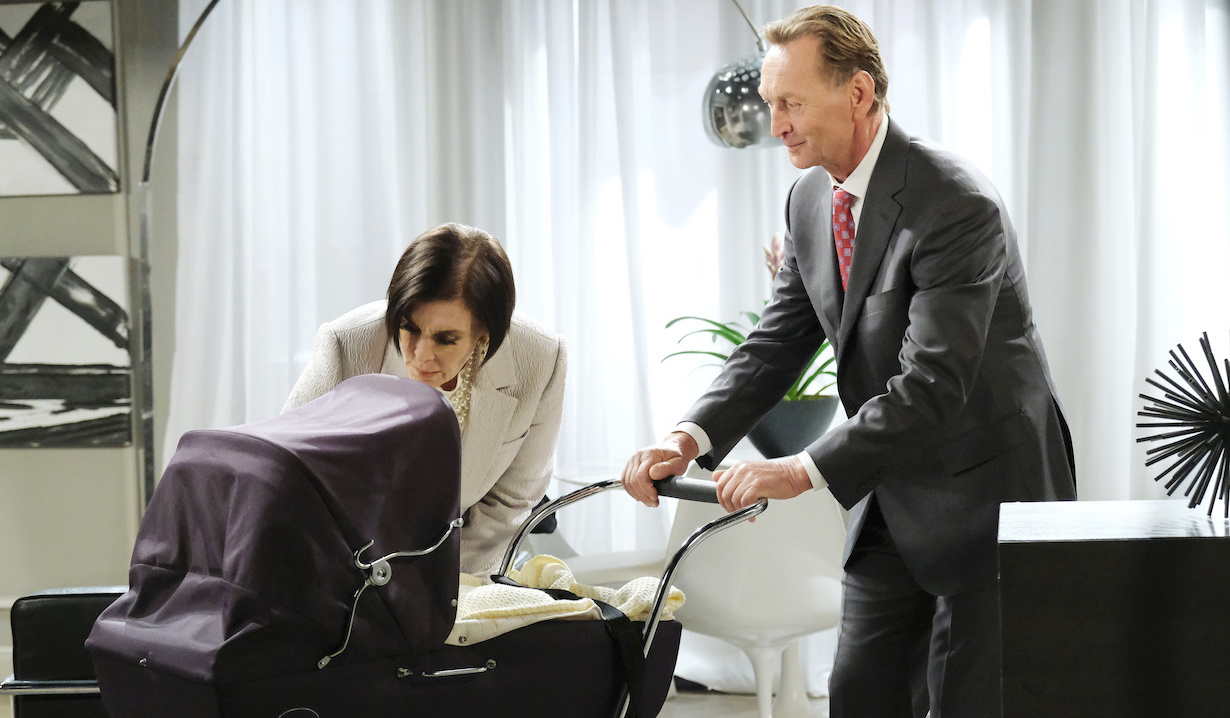 At the house, Abigail consoles Laura. She knows her grandmother was just trying to protect Jennifer and Jack, but Laura blames herself for the rough life Gwen led. Laura asks for time alone with a noticeably quiet Jennifer. After Abigail leaves, Laura asks her daughter how she feels about what she did. Jennifer isn’t angry…she’s upset. What’s done is done though and there’s no reason to talk about it. 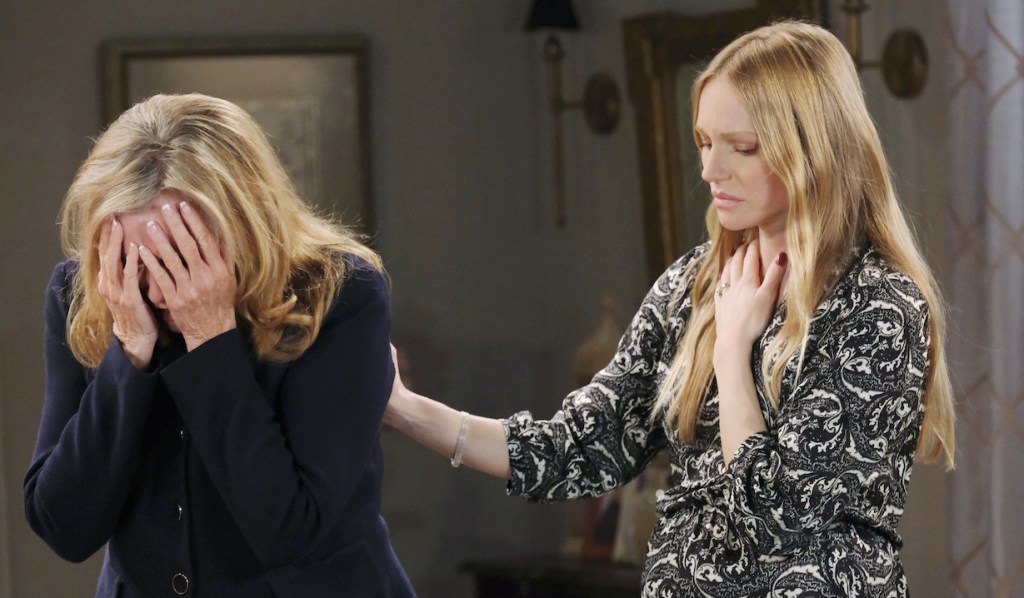 Gwen slaps Jack at the hospital when he presents her with a check to buy her off. Gwen accuses him of trying to pay her off just like he did her mother. Jack reiterates he didn’t do that, but blames her mother for raising her to hate him. Gwen says, “Yes, she did raise me to hate you. And now that I have met you, I hate you even more.”

More: Why Jack’s behavior is making us Team Gwen 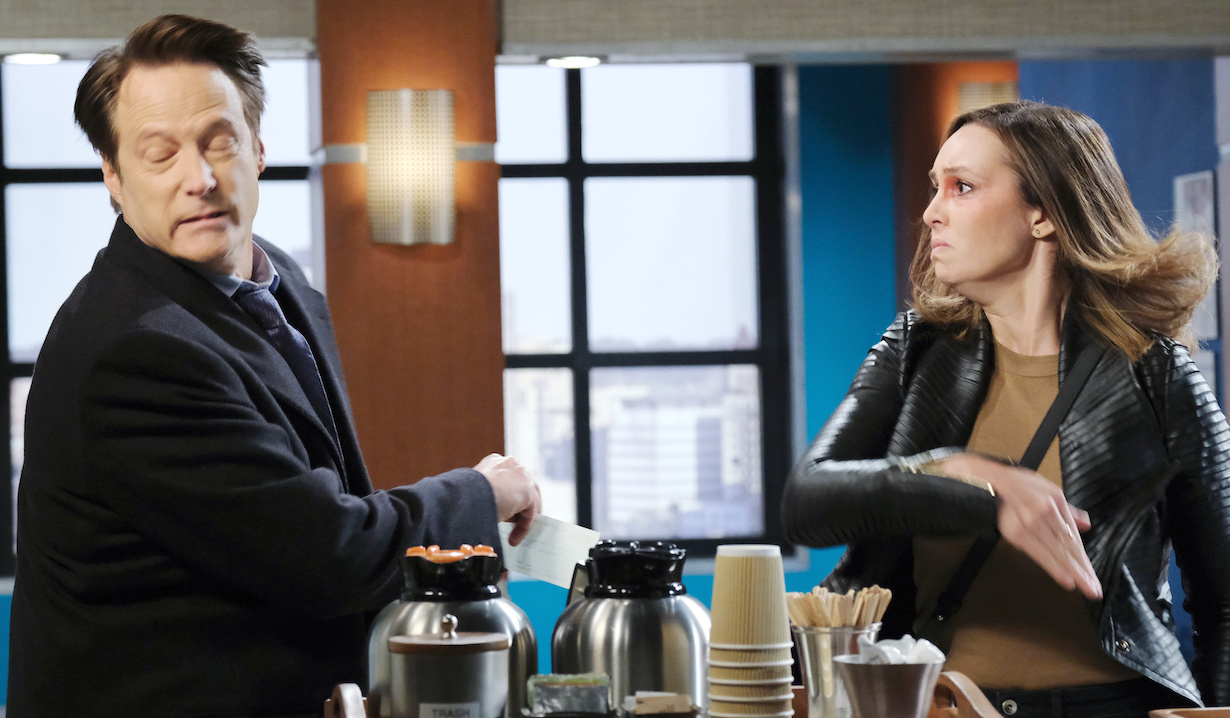 Jack comes home, surprised to see Laura. He tells the women the paternity test proves he’s Gwen’s father. Jennifer leaves the room so Laura can fill Jack in. After Jack hears Laura’s story, he finally understands how Gwen could be filled with so much hate and rage. However, he can’t understand why Laura never asked about the girl after Tiffany died. He yells at Laura, “Who the hell gave you the right to play God?” When she tries to defend herself, Jack rips into Laura for the cruelty she inflicted on Gwen. “You created a monster.” Laura leaves the room in tears.

Jennifer returns to embrace an emotional Jack. She assures him none of this is his fault, but he knows the damage has been done. 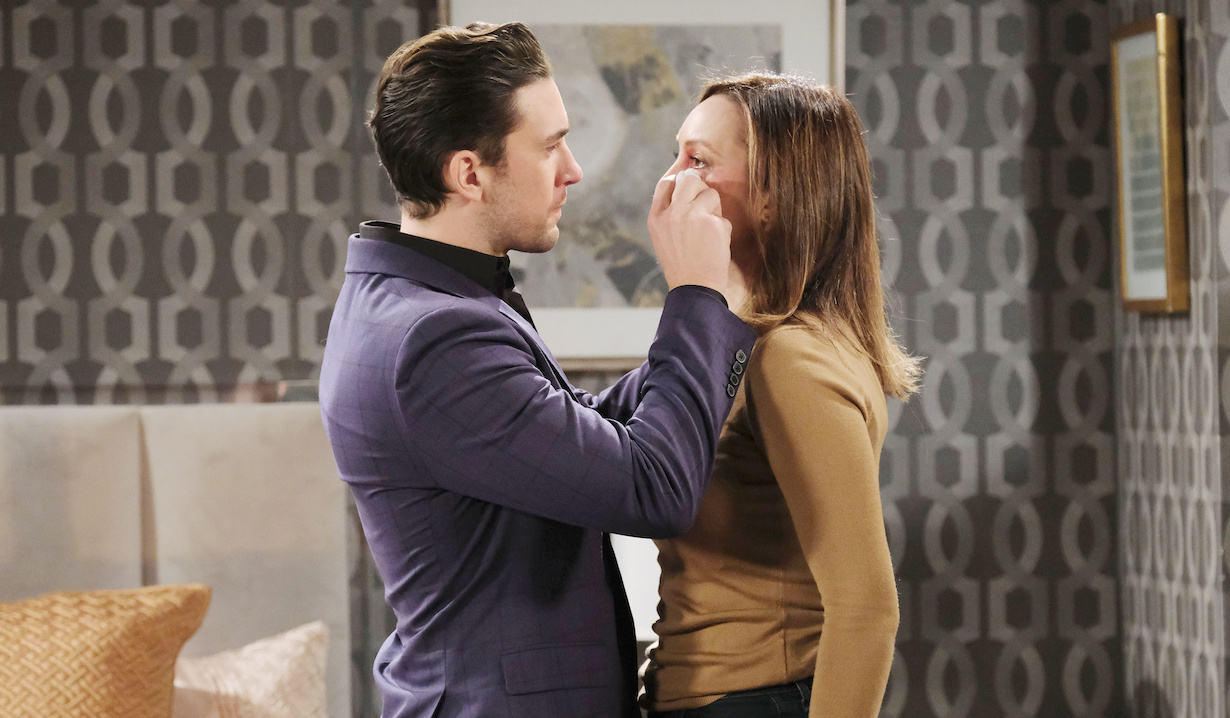 Chad comes to Gwen’s room once she returns. He warns he has nothing left to lose so he will do whatever it takes to bring her down. He spots her shiner and rubs off the makeup. He holds up his handkerchief and says, “Case dismissed.” Gwen retorts that case is nothing compared to what’s in store for Abigail next. 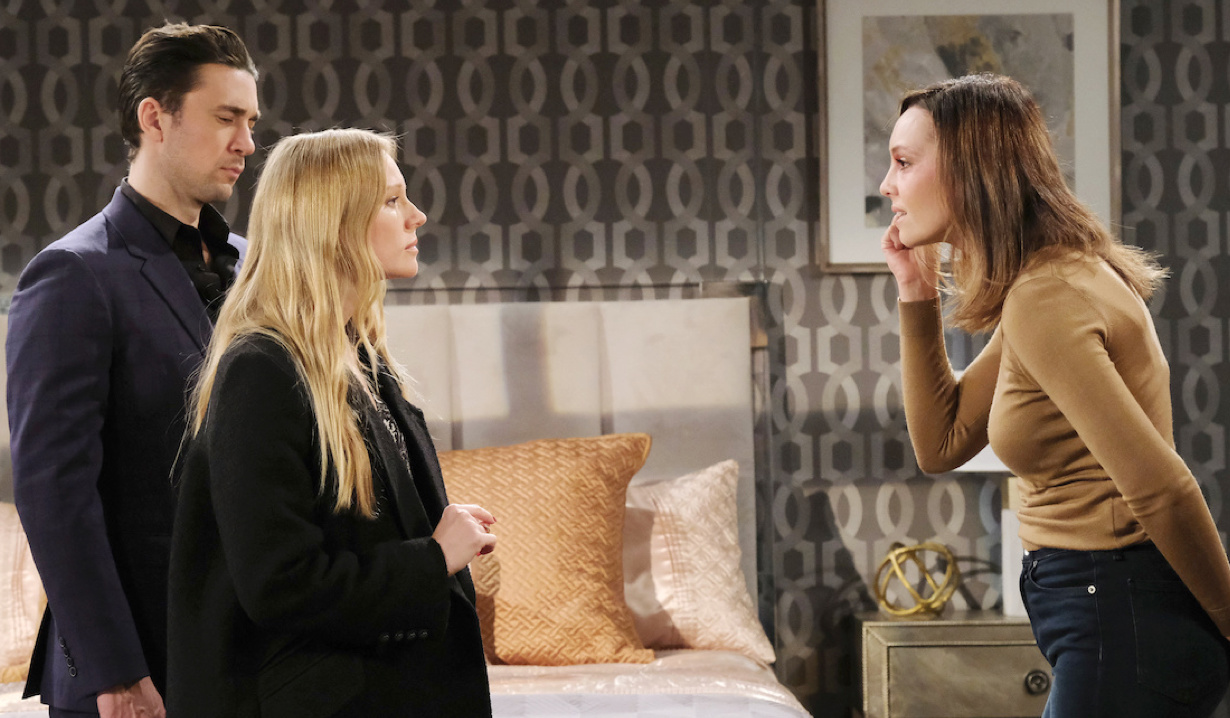 Abigail approaches the door to overhear Chad threatening Gwen away from his wife. Abigail enters the room. The sisters bicker until Abigail tells Gwen she knows the truth about what happened. It wasn’t Jack who turned Tiffany away — it was someone else, who she will not name. Gwen declares she will find that person and kill them.

After grilling Raynor in the park, Eli and Lani realize whoever took their children is someone they know. Lani gets in Raynor’s face, demanding she give them more information. Eli pulls her off. Raynor tells them about the motel the man, she doesn’t know anything about, put her up in. Lani orders Raynor to take them there.

More: When to expect Jackée Harry on Days 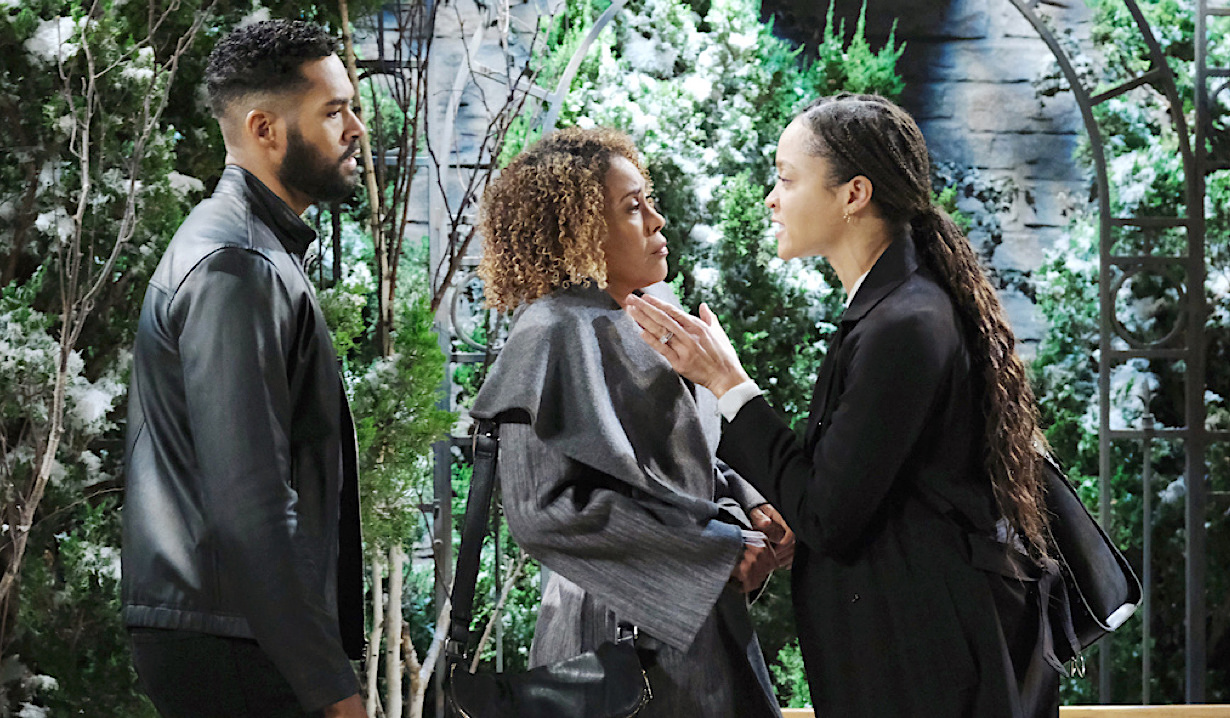 In the motel, Lani finds a bag of money. Raynor insists she didn’t want it. She’s only used it for food for the babies. When Eli leaves to question the desk clerk, Lani continues her tirade against Raynor. The doctor insists her kids are safe. She relays the man was gentle with the twins; he doesn’t want to hurt them. Eli returns after getting nowhere with the motel security feed or clerk. He assumes the man chose this place because it was close to where he took the twins. Raynor tells them the man made a call to the person he was bringing the babies to. Eli wants to know exactly what was said. All Raynor heard was the man saying, Madame. When they hear sirens, Eli leads Raynor away.

After Ivan brings the twins to Vivian (played by Linda Dano) in their suite, she yells at him for being gone so long. He could have been caught. Ivan assures her he would never jeopardize her safety. Vivian apologizes for lashing out. She thinks the loneliness of pretending to be dead is getting to her. He tells her she’s no longer alone — she has the twins now. 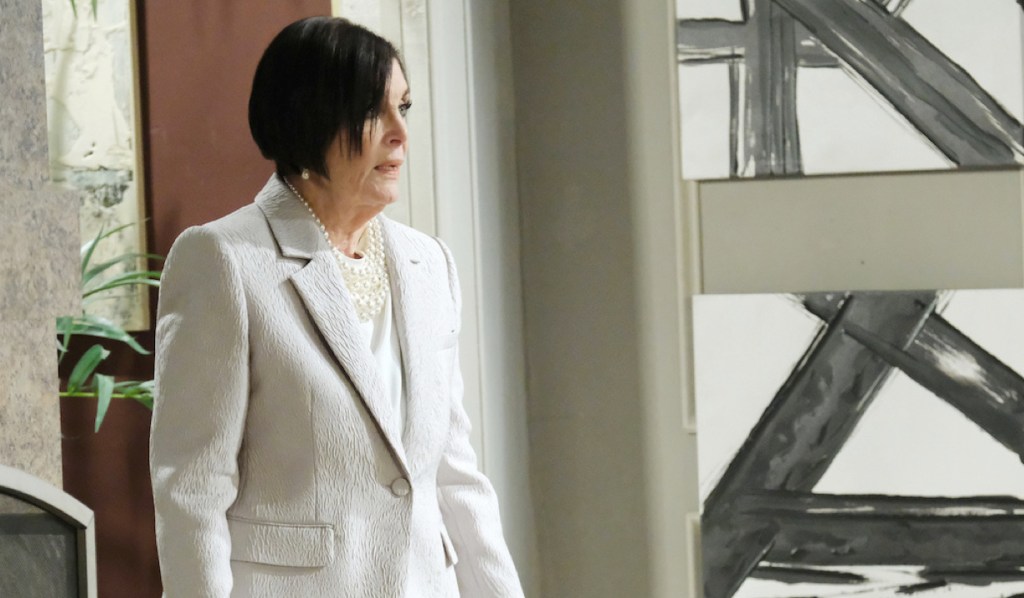 Vivian wonders why in God’s name Ivan would bring her two babies. Ivan thought she’d be overjoyed. He wanted to redeem himself for the lie he told her about her own twins, Stefan and Jake, decades ago. “Where did you get those children?” she asks. “And who are their parents?” Ivan insists he got them from a reputable doctor and that their parents aren’t in any position to raise them. When Vivian hesitates, Ivan coaxes her to look at the babies. She peers into the carriage and smiles.

Back in their stakeout room, Lani recounts how Ivan called Vivian, Madame. “Vivian Alamain took our babies,” she says.

Next on Days of Our Lives: Ben and Claire run into someone unexpected and Brady wakes up to Chloe.

On the anniversary of Frances Reid’s death, relive her iconic role of Alice Horton in our photo gallery below. If you haven’t yet, get your free daily soap-opera fix for Days of Our Lives — and all of the other daytime dramas — delivered straight to your email inbox by signing up for Soaps.com’s newsletter. 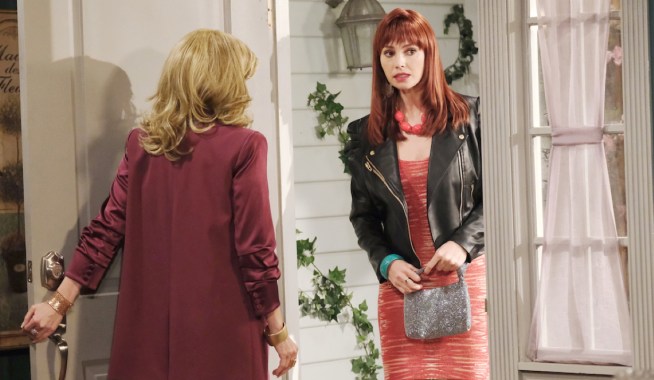 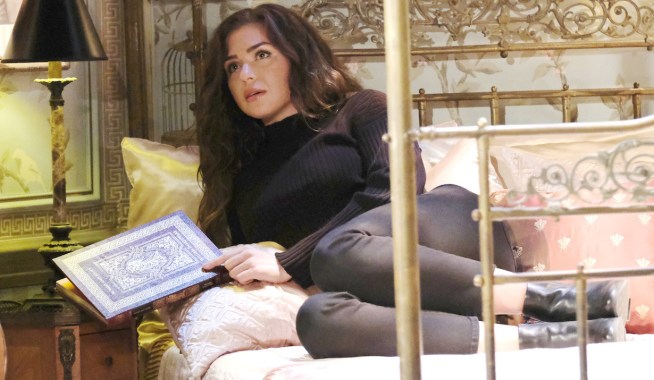