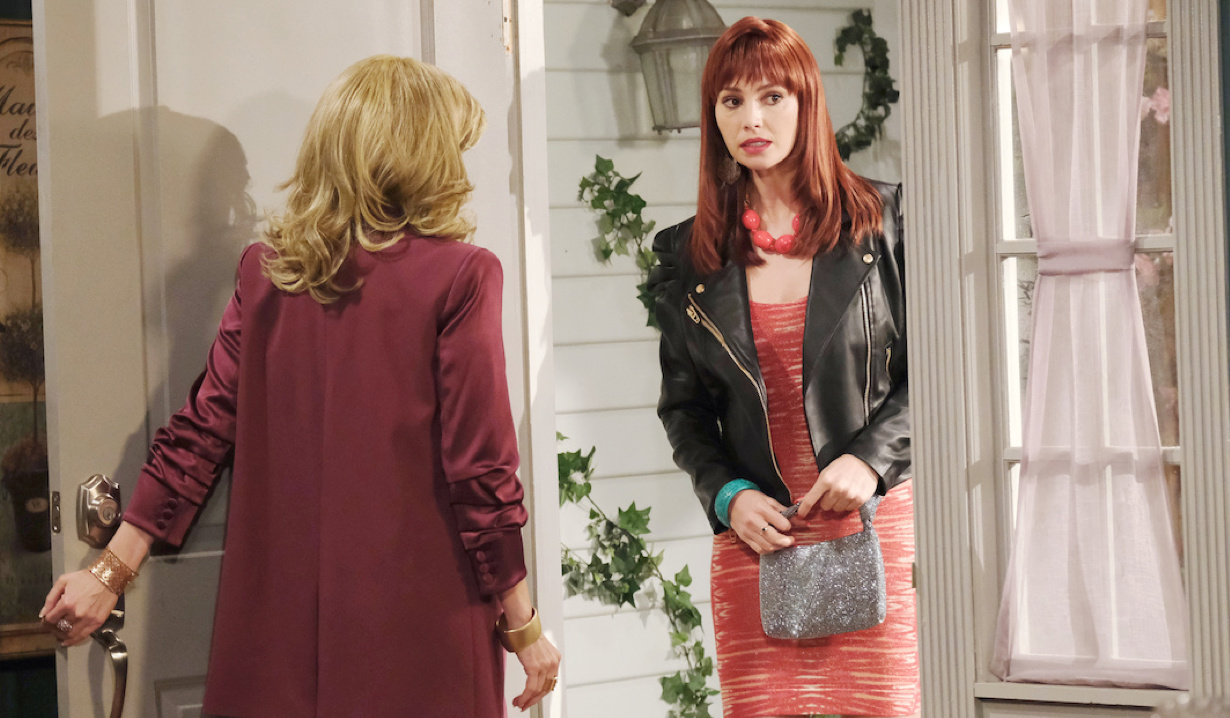 Nicole cries outside the pub as she tells Rafe Eric is staying in Africa. She knows she’s the one who pushed him to go in the first place, but he didn’t even consult her about staying. Rafe tries to defend Eric and holds Nicole as she cries. He doesn’t think she should be alone right now and invites her over to his house for coffee and breakfast. 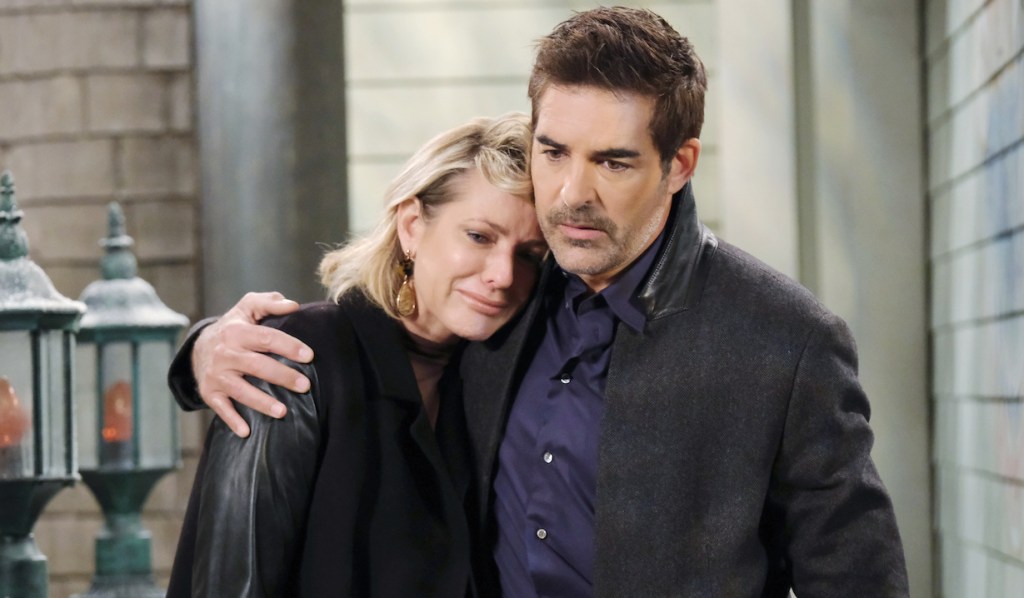 Rafe makes Nicole eggs at home, but she doesn’t have much of an appetite. When she starts to leave, Rafe reminds her he’s there to help her if she needs it. He gives her the stuffed animal Nicole won for him to keep her company. Nicole thanks him and leaves. 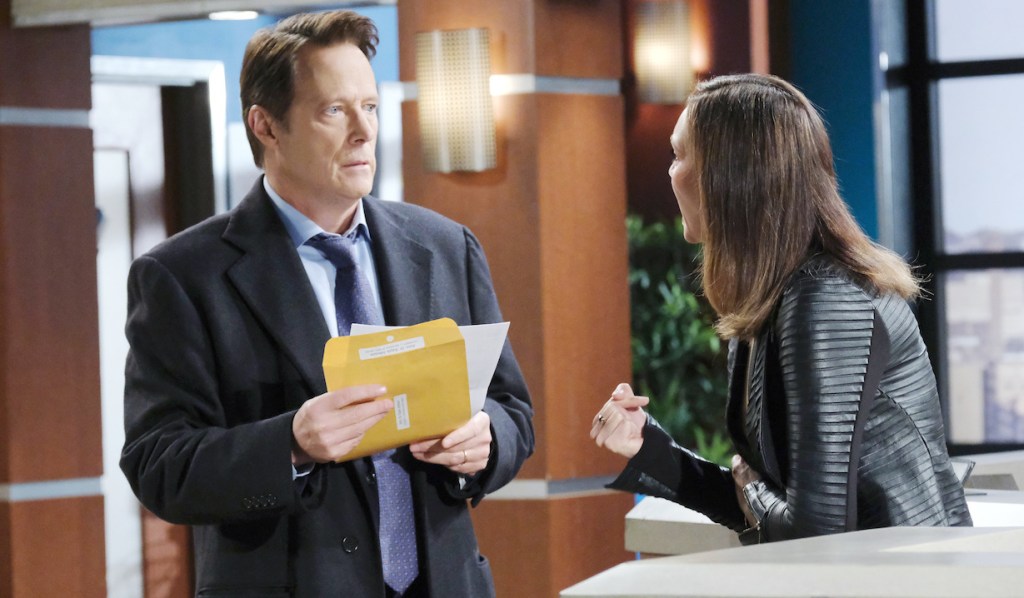 At the hospital, Gwen points out to Jack they ran the paternity test twice. There’s no denying she’s his daughter. Gwen taunts him as he tries to process the information. Once Jack gathers himself, he says he won’t challenge the results of the test. However, he won’t admit to paying off her mother. That never happened. Gwen snipes at Jack for abandoning her while Jack lashes back over her attacking his family. Gwen thinks they have a lot in common considering they both had parents who didn’t want them. However, he was brought up with money while she had a much harder life. Jack won’t beg for forgiveness considering he never knew about her. Gwen thinks he must be thrilled he never had to and assumes he wishes he didn’t know her now. Jack wonders what she wants now. He assumes it’s money so he pulls out his checkbook. He asks how much it will take to make her go away and leave his family alone. 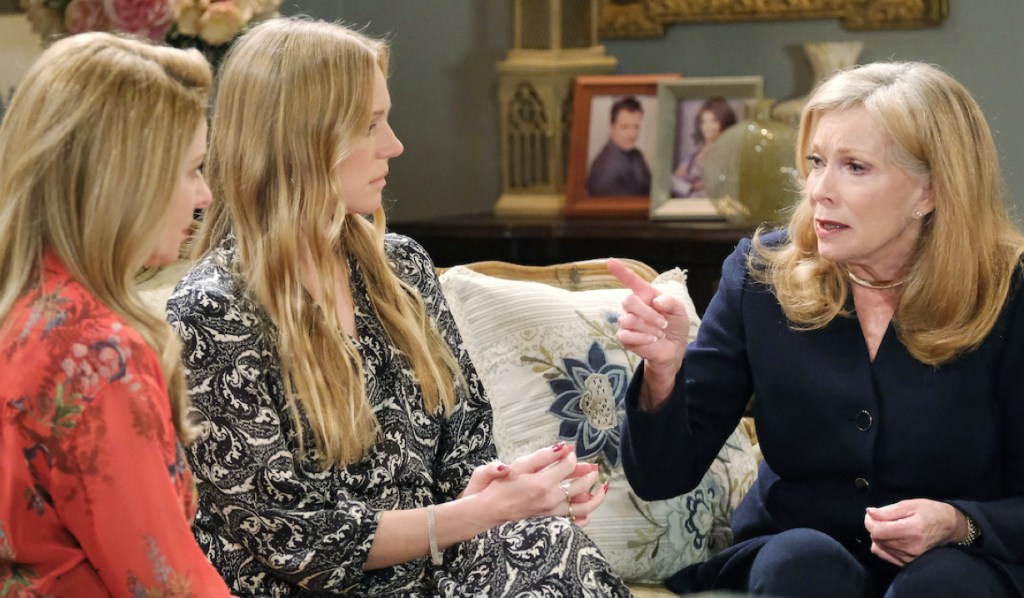 Laura tells Abigail and Jennifer at the house that she was the one who sent Tiffany money. Laura recognized Gwen’s last name in The Intruder article and was hoping to prevent her from revealing she is Jack’s daughter. Since she’s too late, it’s time to tell them everything she knows.

More: Remembering the death by pancakes on AMC 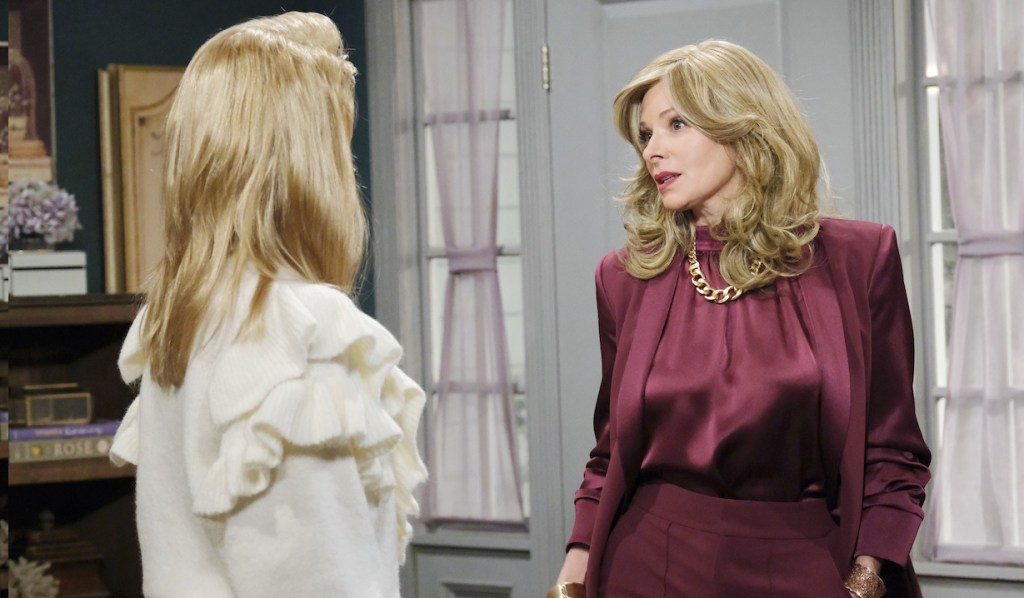 Laura recalls how after returning home from The Meadows, where she had an affair with Jack in the 90s, Tiffany came looking for him. Laura opened the door to Tiffany who spilled about her affair with Jack that produced a baby. Tiffany declared Jack owed her eight years of child support and was there to collect it.

Laura explains she never told anyone about Tiffany because she wanted to warn Jack before Jennifer was blindsided by her claims. She also didn’t want anything else to come between Jennifer and Jack, who were just starting to reconcile. 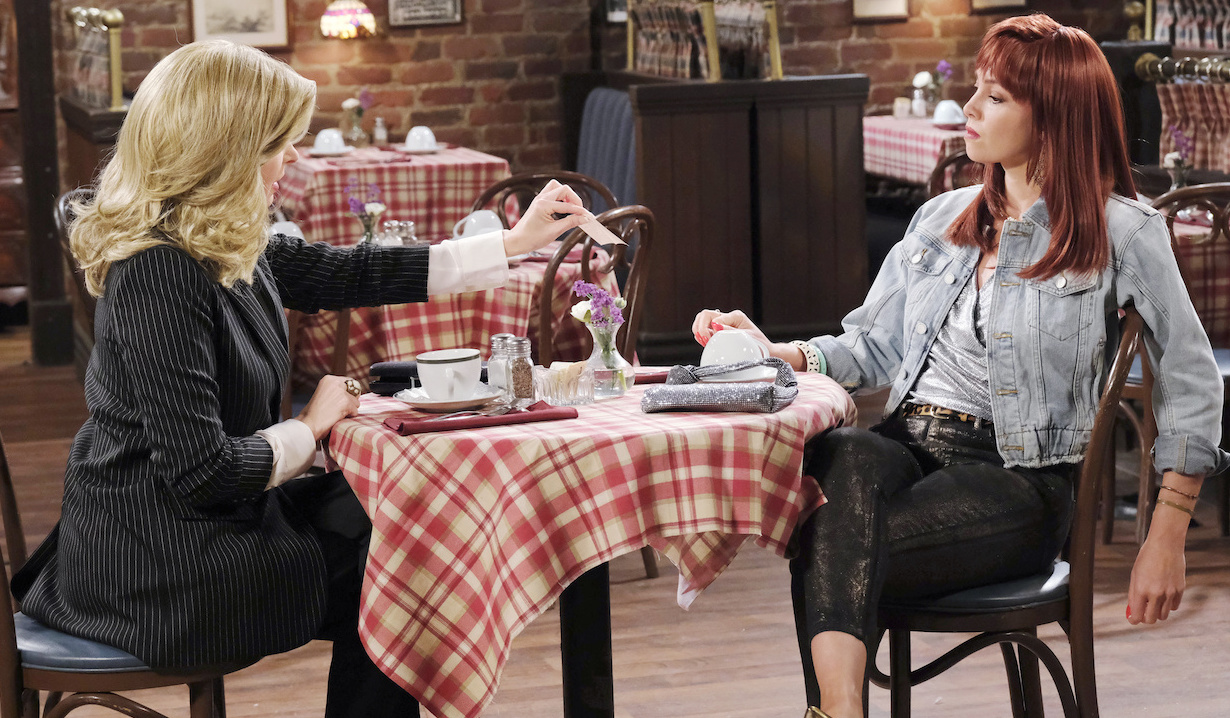 Laura continues that she didn’t want Jennifer to suffer anymore so she met Tiffany at Brady’s Pub. She told Tiffany she was Jack’s secretary and confirmed that Jack didn’t want any part of Gwen. However, she lied that Jack authorized her to give Tiffany a check. Tiffany demanded they keep coming or else she’d be back. When one of the checks didn’t clear, she learned Tiffany died. She cries as she apologizes.

Eli looks through binoculars from a hotel room at the meeting spot between Xander and Raynor. He insists to a panicked Lani they will get their babies back today. When Eli spots Raynor, they race out. 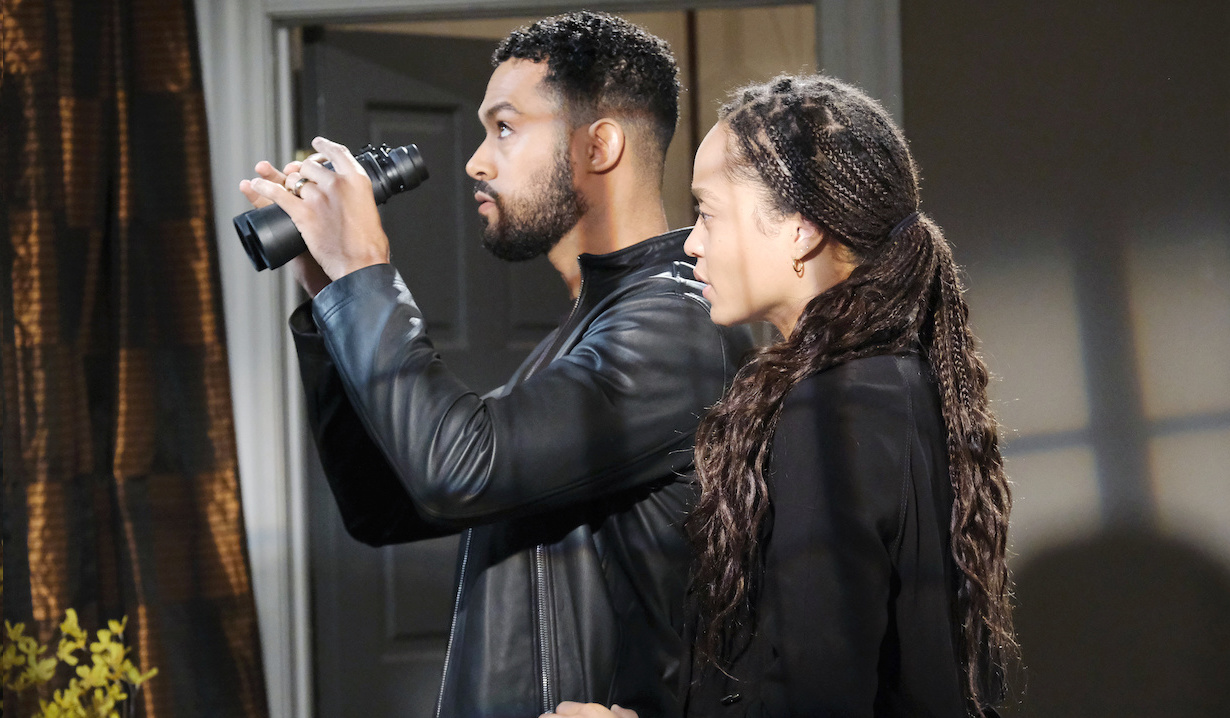 Raynor waits for Xander in the park. When he doesn’t show, she assumes she’s being set up. She starts to leave, but Eli and Lani surround her. Raynor insists she doesn’t know where the babies are, but assures them they’re safe. She apologizes for kidnapping their kids, but confesses she was blackmailed. Eli demands she tell them by who. Raynor explains she started a new life in New York, but got a call from a man who blackmailed her into taking their babies after they were born. 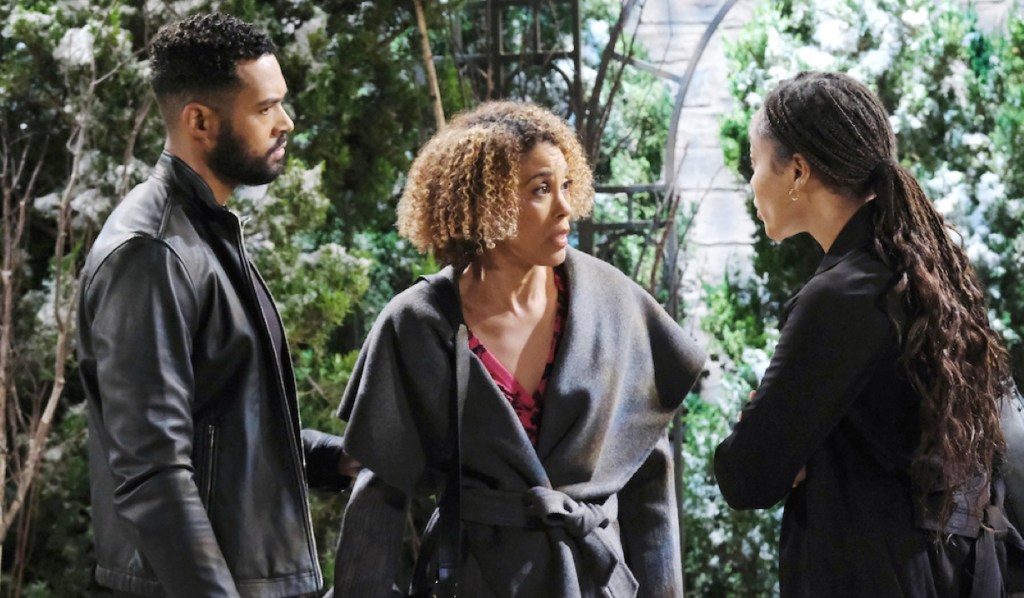 Ivan brings the babies to a hotel room. He yells out, “It’s Ivan, Madame. I am back.”

Next on Days of Our Lives: Chad covers for Abigail and Raynor gives Elani important information.

Enjoy more flashbacks with our Days 55th-anniversary photo gallery below. Then, get your free daily soap-opera fix for Days of Our Lives — and all of the other daytime dramas — delivered straight to your email inbox by signing up for Soaps.com’s newsletter.

<p>As evil twins are wont to do, Samantha Evans (Andrea Hall-Gengler) — aka the sibling rival with which sister Marlena was saddled — stole the shrink’s life out from under her. Briefly.</p>

<p>OK, technically, we don’t know if Abe ever picked up brother Jonah (Thyme Lewis) to know how much he weighed.</p>