Ciara Begs for Her Freedom as Ben Bonds With Claire

Thursday, January 28, 2021: Today on Days of Our Lives, Allie has a breakthrough, Ben wonders if his wife is still alive, and Abigail confronts Gwen. 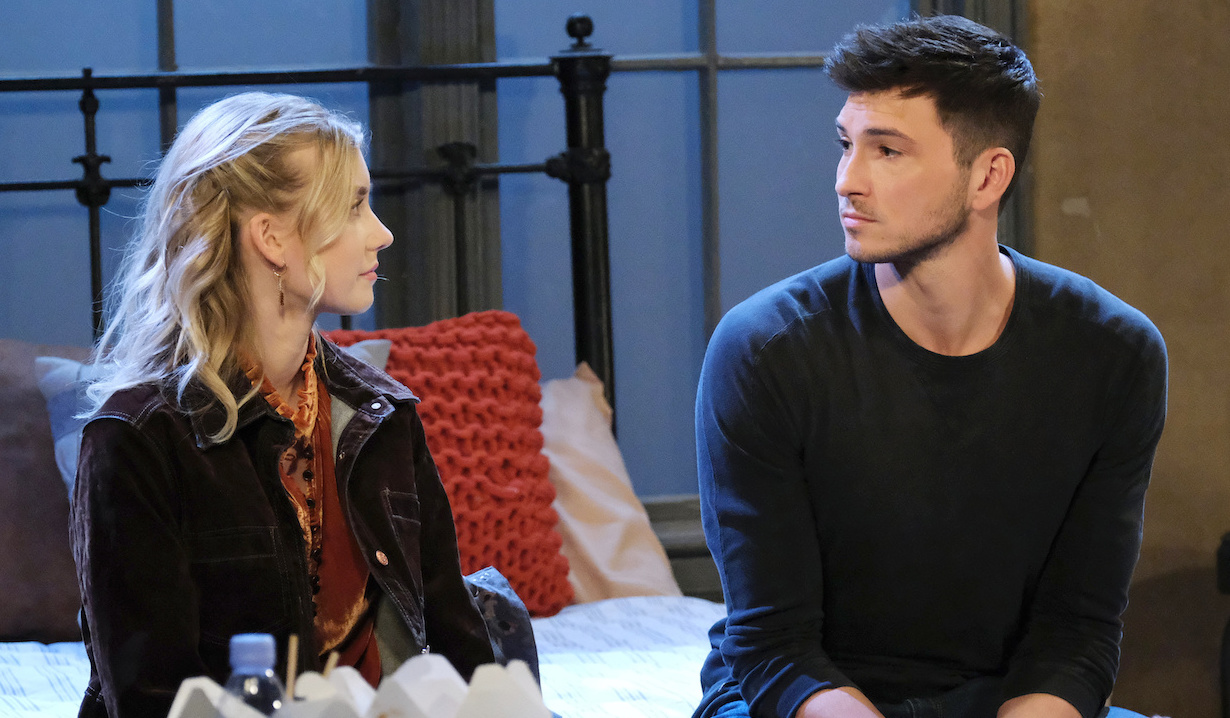 Ben eats Chinese food at home, deep in thought. Claire knocks on the door as he’s about to open a fortune cookie. She came to apologize for how she reacted when he barged in on her and Charlie. He assures her she has no reason to. Claire can’t reconcile the Charlie she knows with the rapist everyone accuses him of being. She can’t believe she was stupid enough to trust him. Ben counters she was, and is, brave. 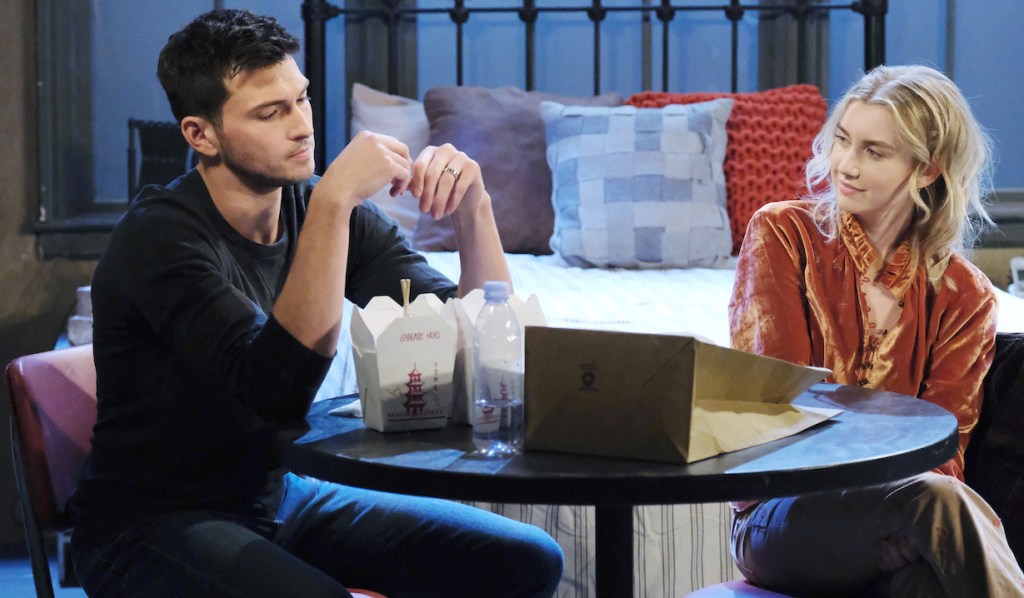 Ben offers Claire some of the food he ordered, which is all of Ciara’s favorites. He adds that Marlena suggested he talk to her about Ciara because they might be able to help each other. Claire would love to talk about her. Ben recounts the significance of Chinese food for him and Ciara. He can’t imagine a future without her, which is why he can’t accept she’s gone. Part of him truly believes she is alive and will come back to him.

More: Ben and Claire on the road to love? 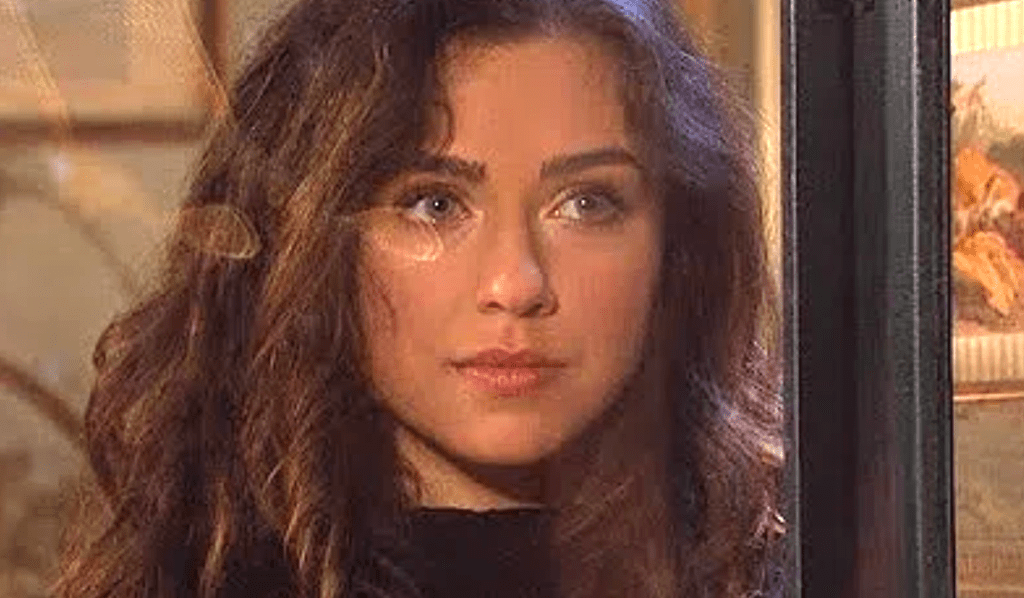 Ciara pounds on a glass cage, yelling for someone to let her out of there.

Allie meets Marlena at the hospital. She offers to reschedule their hypnosis appointment because of Brady, but Marlena insists they go through with it. Allie doesn’t know if she can handle reliving the worst night of her life. She also worries she’ll remember she didn’t do enough to stop the rape. Marlena again assures her none of what happened is her fault. Allie agrees to go through with the hypnosis. 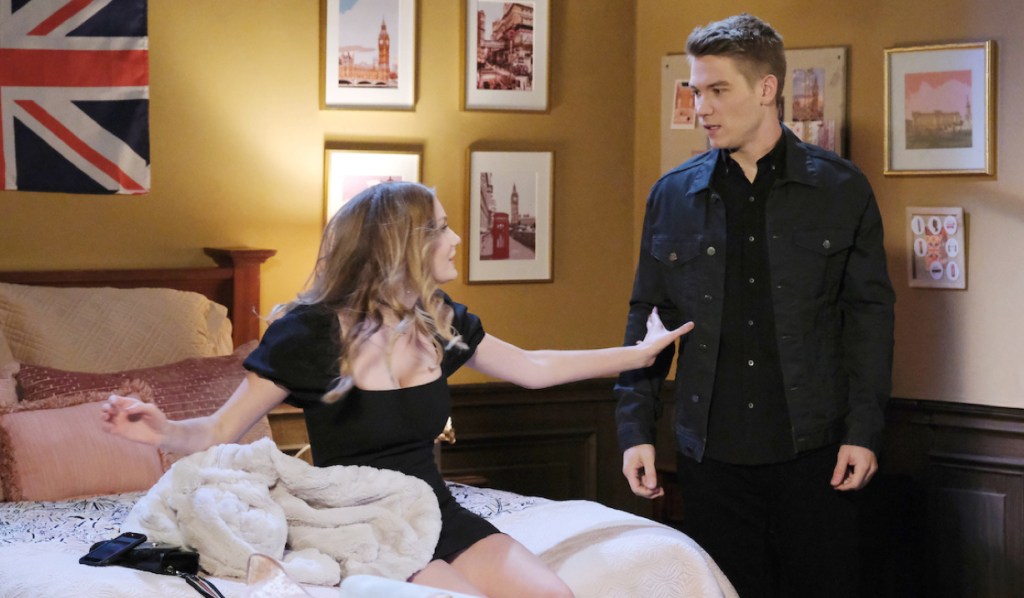 More: Why it’ll be tough for Abigail to forgive Chad

As Marlena puts Allie under in her office, Allie recounts meeting Tripp while she was drunk at the club. He took her home, but he was the perfect gentleman. Next, she recalls seeing Charlie in her room after Tripp left. Charlie took off his glasses and asked why she left the club with Tripp and not him. Allie remembers him grabbing her and raping her, despite her repeatedly saying no. Before leaving, Charlie picked up the note Tripp left her, put on his glasses, and said, “Arrivederci.” Allie dissolves into tears. Marlena brings her out of it and holds her as she cries.

Abigail tells a hopeful Chad she called him to the house to talk about Gwen, not to reunite. She wants him to go to the cops and tell them Gwen is the one who drugged her. Chad agrees to, but he isn’t sure there’s any point. Rolf isn’t a reliable source and there’s no proof. After debating it, Chad tells Abby that Gabi is back. Before he leaves for the police station, he says he knows she’s angry with him and he’ll respect her wishes to stay away. However, he will never stop fighting for her and their family. After Chad leaves, Abigail grabs her coat and follows suit.

Gwen finds Charlie sitting alone at Julie’s Place. She approaches him, aware of his connection to the Vitalis. He knows her story as well. She quizzes him about Ava, wondering what his mother did to turn him into the man he is now. He shares his feelings of abandonment and inferiority, which Gwen can relate to. Charlie says being rejected by a parent can make you do dark things. Things you wish you’d never done. Gwen declares her conscience is clear — no regrets. However, she is happy to know there is someone else in this town who understands where she’s coming from. She leaves.

More: Charlie shouldn’t be redeemed or even stick around 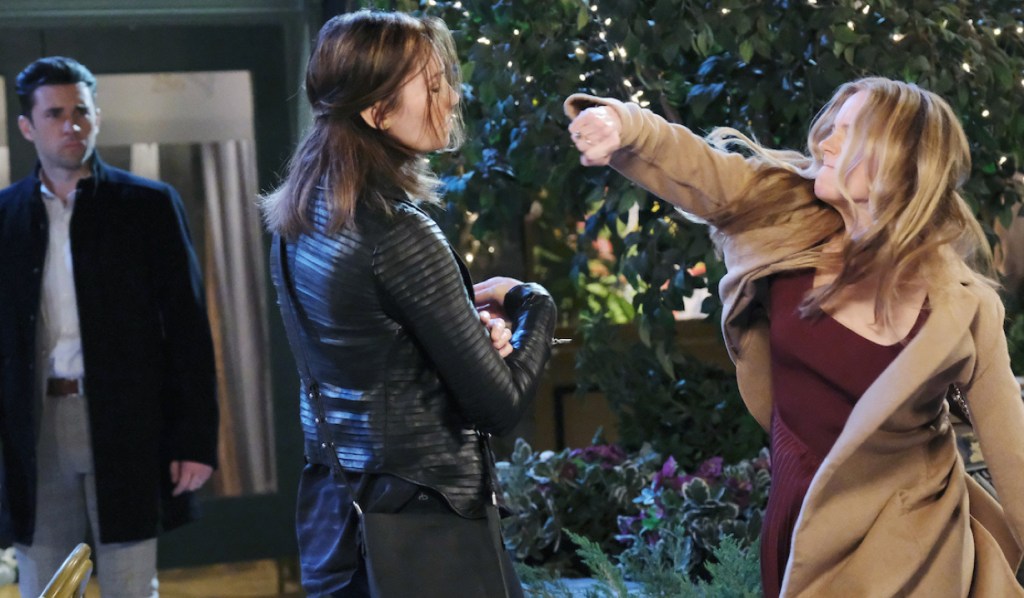 Abby sees Gwen in the Square and confronts her big sister about drugging her drink. Gwen laughs over Rolf’s lack of credibility and points out there’s no proof. After taunting her about sleeping with Chad, Abigail hauls off and hits Gwen.

At home, Charlie looks at photos of Claire and Allie on his tablet. Tripp shows up with proof that Charlie raped Allie.

Next on Days of Our Lives: Steve brings Shawn more evidence and Ben gets a sign. Plus, see if you agree this is the biggest mistake the show could make with Ciara’s return. Aaand review our list of suspects in Ciara’s kidnapping in the photo gallery below.

Relive Ciara’s life before and after meeting Ben in our photo gallery below. Then, get your free daily soap-opera fix for Days of Our Lives — and all of the other daytime dramas — delivered straight to your email inbox by signing up for Soaps.com’s newsletter. 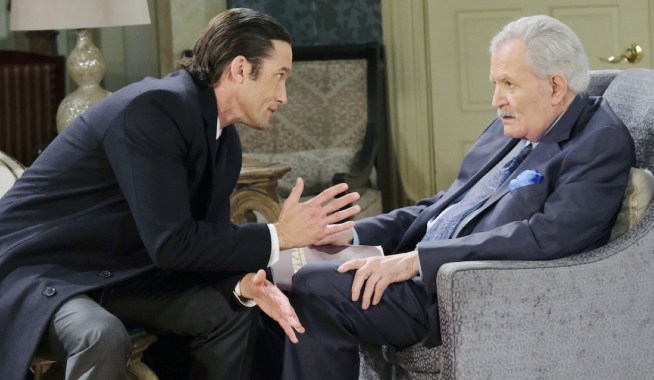 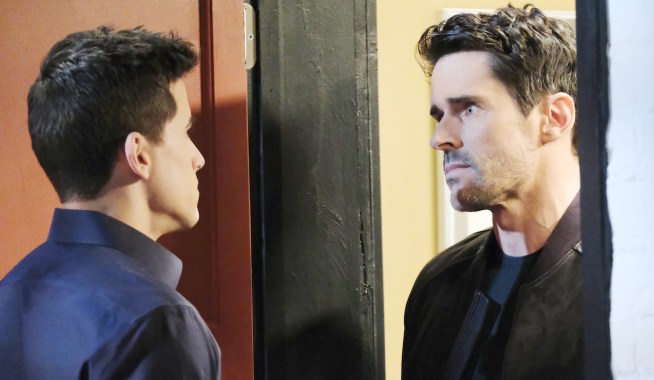