Friday, January 15, 2021: Today on Days of Our Lives, Chloe questions Brady, Tripp is pleased with himself, and Xander puts a target on Philip's back. 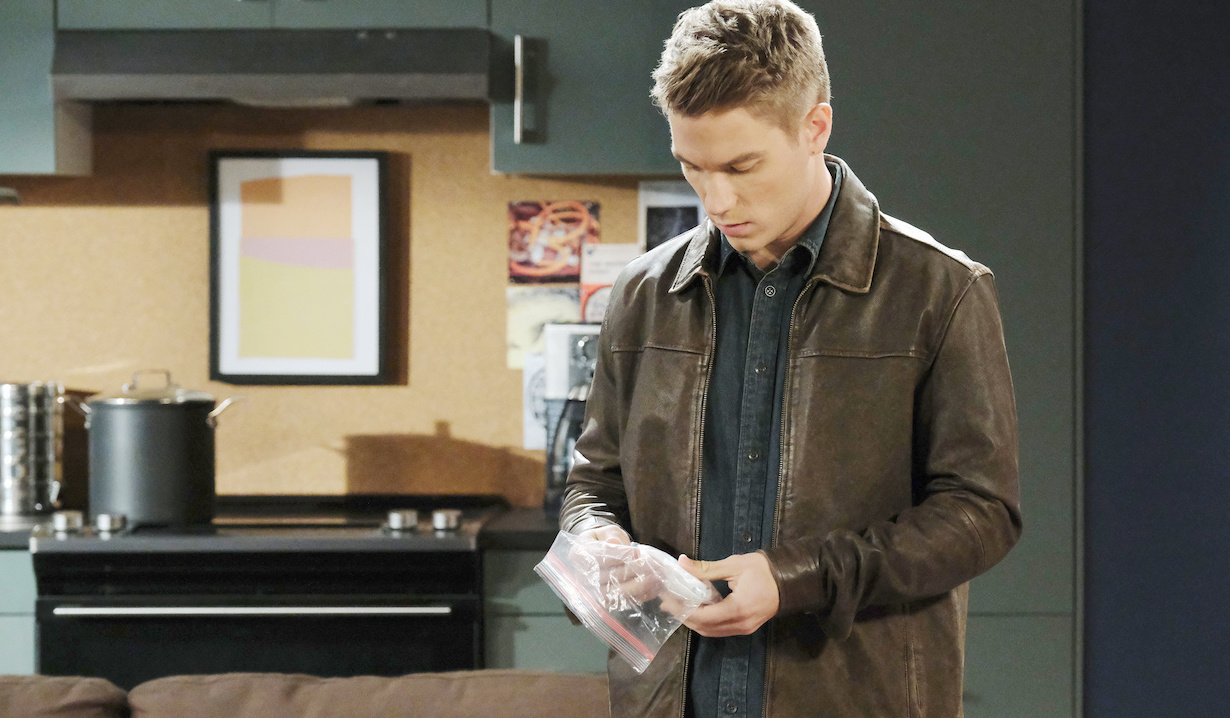 Philip enters the Titan office and shows Xander an online article. Xander exclaims, “Charlie’s been arrested for kidnapping?! Our, Charlie?” He calls Charlie a total wimp, wondering why he’d want to attack Ava of all people. Xander turns to Philip to ask if he had Charlie go after her. When Philip asks why he’d do that, Xander leans in and says, “Because she’s your boss.” Xander gleefully tells him what he knows and how Sarah was helping to get the goods on him. After taunting Philip about Victor kicking him out of the family, Xander says he dissolved the shell company Phillip used to launder the money. Philip panics, worried the mob will come after him now. He wonders how Victor will react when, thanks to Xander, his son is a dead man.

After Chloe drops off Rachel at Maggie’s for Brady, she returns to his hotel room. As Brady looks through Titan’s financials to find out how much trouble Philip’s gotten into, he tells her Kristen saw a picture of them kissing. Chloe wonders if Brady will really wait for Kristen to get out of prison. Brady doesn’t care how long it takes, he’ll support her and wait for her. Chloe thinks Kristen is lucky to have him. Brady jokingly agrees, but then says they need to get back to Philip and the mob. Philip shows up and tells them Xander put a target on his back. 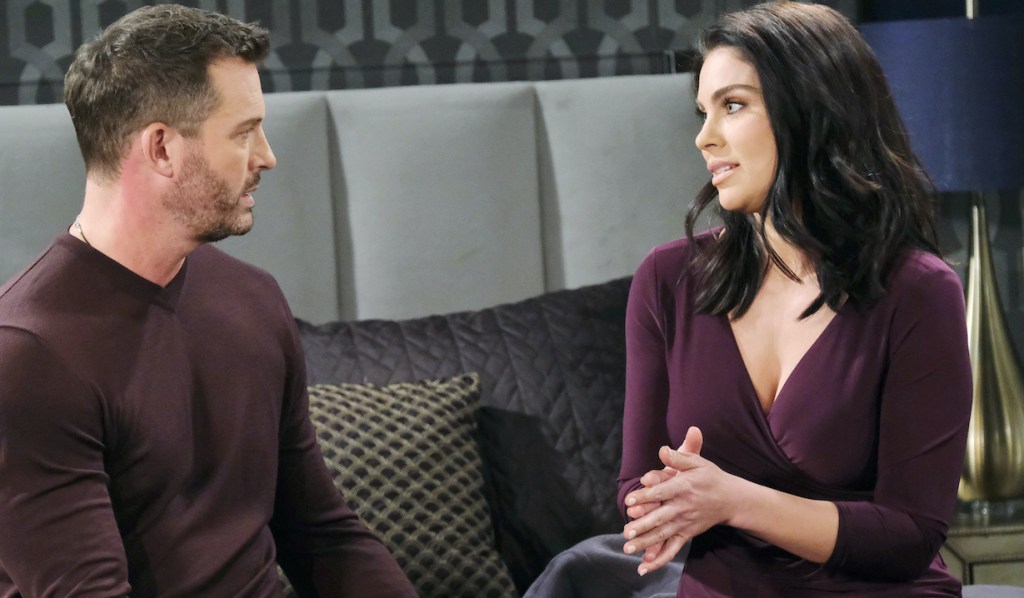 More: Kristian Alfonso like you’ve never seen her before

Belle brings Claire tea to her room. Claire can’t understand how she could have been so wrong about Charlie. She thinks she was so desperate for a boyfriend she blindly trusted him. It’s her M.O., but she thought it was different with Charlie. She felt like the one for the first time in her life, but what if it was just a lie and she was the pathetic idiot who fell for it? Claire then starts to wonder if Charlie could be innocent and Ava imagined all the things she accused him of. She can’t even remember a time when Charlie wasn’t a total gentleman with her. Belle agrees that Charlie seemed to really care about her, but insists Charlie is a bad guy. She’s thankful Claire didn’t get more involved with him. Claire points out she is deeply involved. She fell in love with him. Belle holds her as she cries. 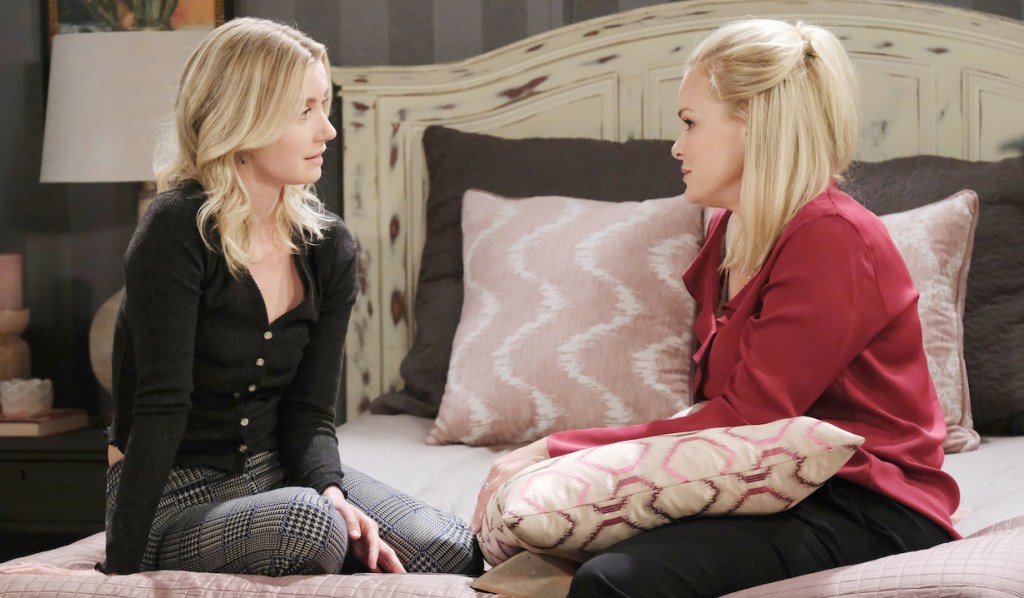 At the hospital, Nicole overhears Kayla confirming to Rafe on the phone that Ava was drugged. Nicole assumes it was that “rat, Charlie.” Kayla can’t discuss it with her.

In his office, Rafe tells Charlie Ava accused him of kidnapping her and of raping Allie. Charlie denies everything, but Rafe says they have proof Ava was drugged. Charlie eventually admits Ava is his mother, as Nicole barges in. She goes off on him for drugging her friend and raping her niece. Rafe pulls her away and then leads Charlie out for his arraignment. When Rafe returns, Nicole demands to know how they’re going to prove Charlie’s guilty. Rafe gets a call that Charlie made bail. 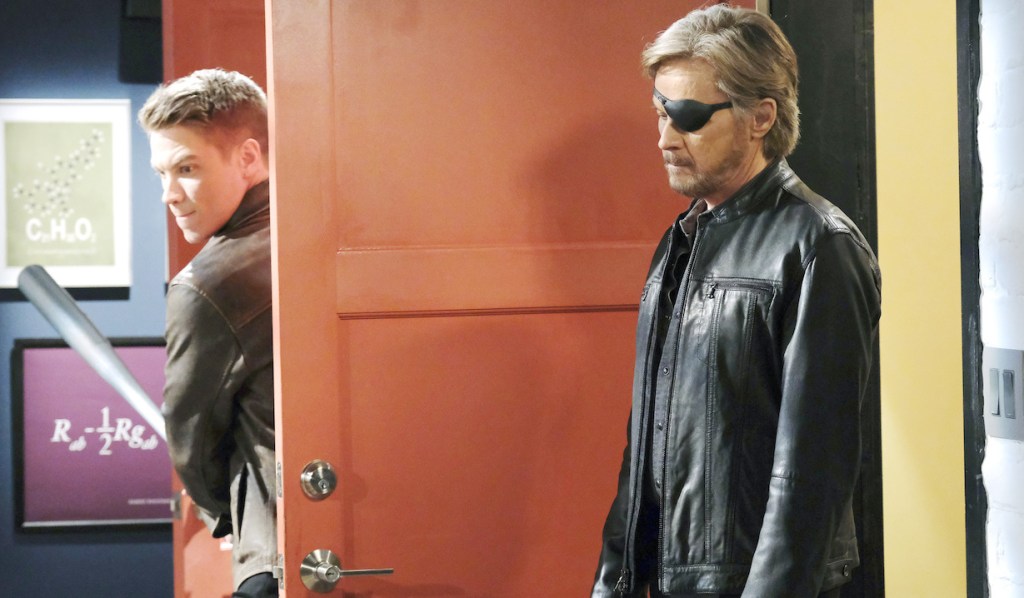 In Charlie’s apartment, Tripp steals his half-brother’s toothbrush. He hears someone opening the door and hides behind it. When it opens, Tripp whacks the guy, who turns out to be Steve. When Steve recovers, he lashes out at his son for going rogue when he told him to let the police handle Charlie. Tripp shows Steve the toothbrush and says, “I got what I came for and I feel really good about it.”

Tripp and Steve arrive at the hospital and give Kayla Charlie’s toothbrush to prove he’s the father of Allie’s baby. There’s nothing Kayla wants more than to prove Tripp’s innocence. She takes the toothbrush and lets Tripp wait in Ava’s room for her to return from her scans. Kayla tells Steve if Charlie turns out to be Henry’s father, she’ll owe Tripp a big apology and an even bigger one to his dad. Steve says there’s no need. He knows she had reason to believe Tripp was guilty.

More: The big Days twists that set up what’s coming next 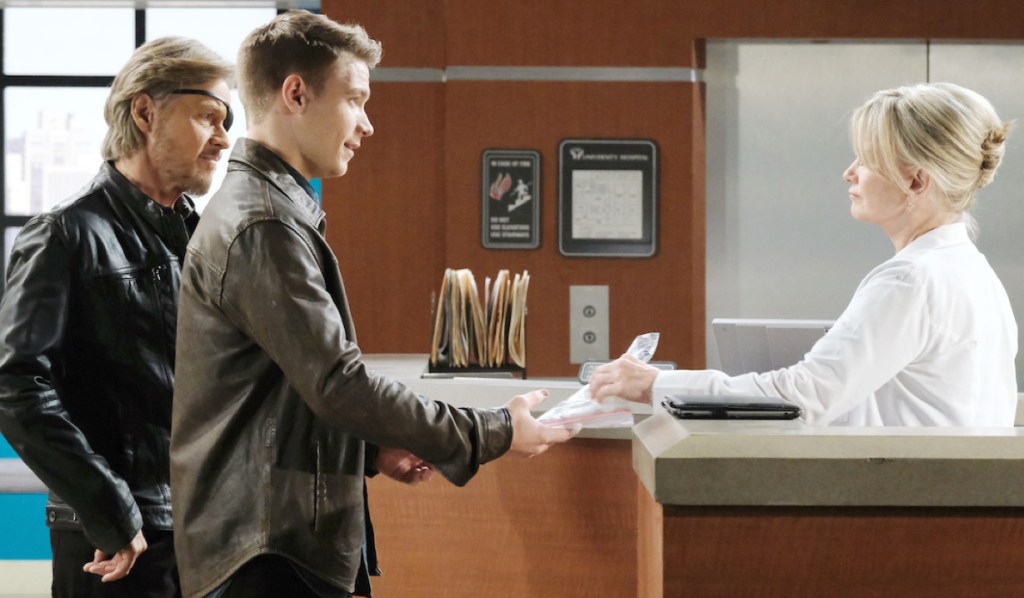 When Tripp realizes he left his phone in Charlie’s apartment, he rushes back to get it. As he opens the door to leave, he finds Charlie on the other side of it.

Next on Days of Our Lives: Sarah has a guilty conscience and Nicole presents a bold plan to Allie.

Remember the love and romance, as well as the storyline bombs and backstage drama that surrounded the canceled soap Santa Barbara in our photo gallery below. Then, get your free daily soap-opera fix for Days of Our Lives — and all of the other daytime dramas — delivered straight to your email inbox by signing up for Soaps.com’s newsletter. 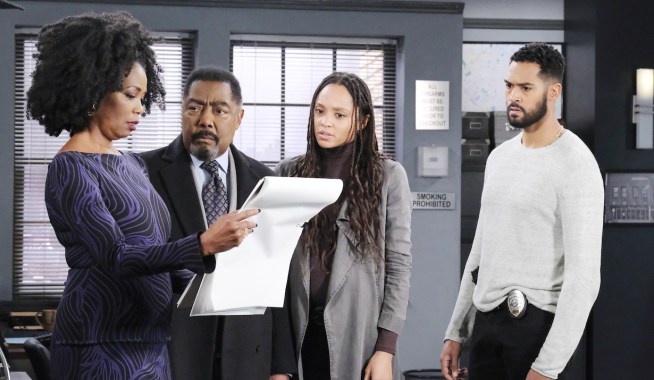 Charlie Fills Tripp in on His Father, as a Lucid Ava Provides Damning Information Against Her Son 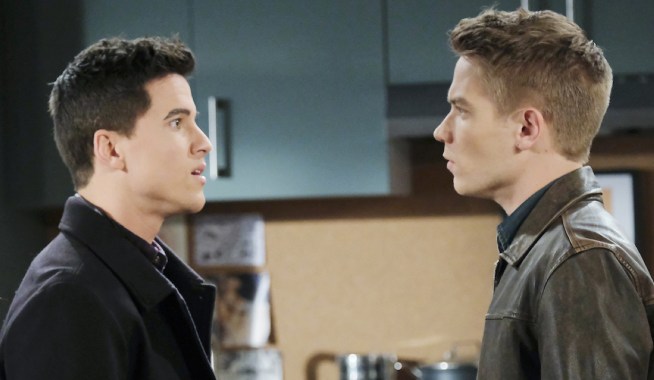