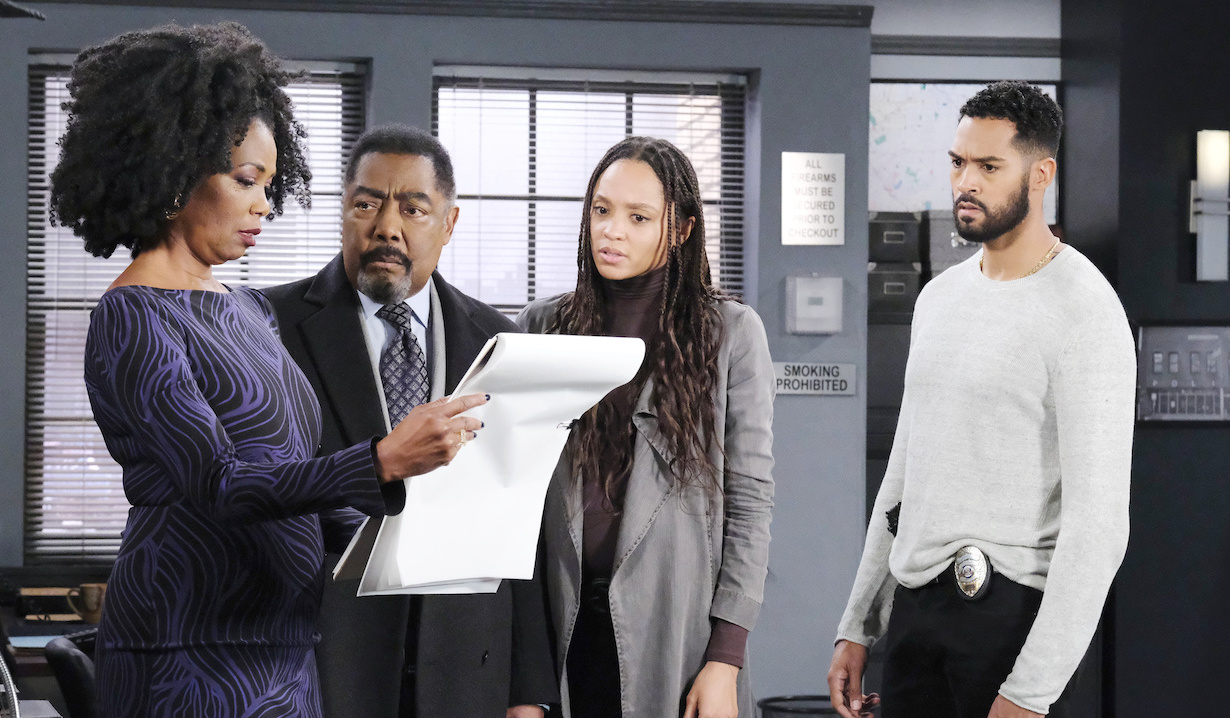 In the Square, Kate encourages Chad to tell Abigail the truth before Gwen does. Chad beats himself up for believing Gwen’s lies. He fears Abigail will never talk to him again, but he knows he has to fess up.

After Chad leaves, Kate spots Abe walking by. She calls him over and asks about the twins. He feels helpless, so she invites him to sit for a cup of coffee. Kate fawns over the photos he shows her of Carter and Jules. Abe wishes he got to see Lani as a baby — to witness her first steps and hear her first words. That’s why it meant so much to make those memories with her children. Kate offers to write up a press release in hopes someone knows something. Abe thanks her. Kate will listen anytime he needs to talk. Abe just might take her up on that.

More: How Days can fix their Hope problem 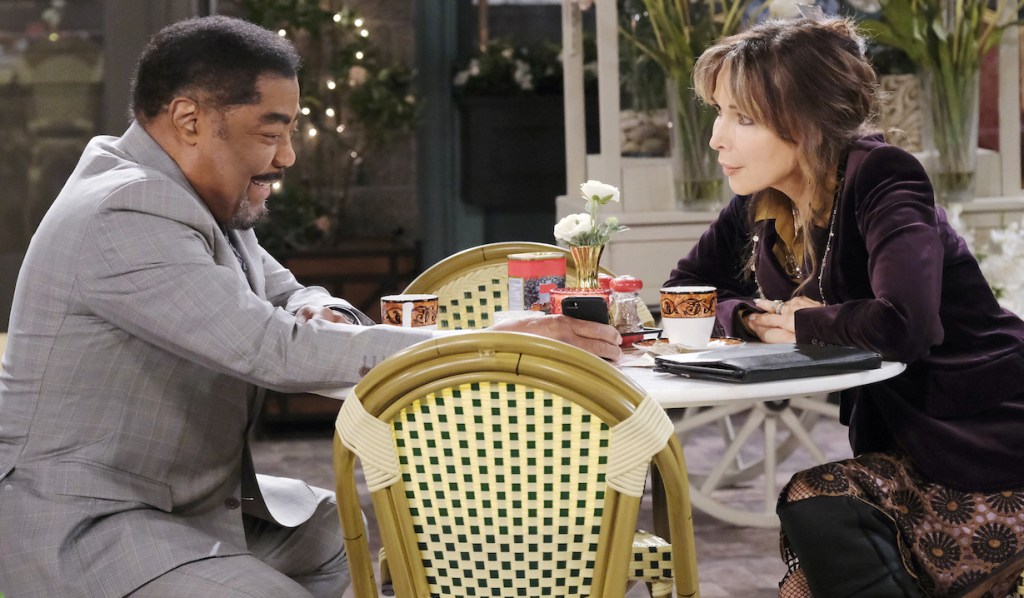 Justin calls Eli from Brady’s Pub and relays that Bonnie may have seen the kidnapper. Eli says they’ll meet them at the police station and races off with Lani. Meanwhile, Justin tells Bonnie they have to go to the station, but Bonnie resists. Val walks by and overhears them talking about Eli and Lani. After Justin fills her in, Val says she’ll go with them to the station.

Lani and Eli run into the Salem Police Department. After Val tells them about running into Bonnie and Justin, the couple calls area hospitals who have no record of a woman recently giving birth to twins. In the interrogation room, Justin encourages Bonnie when she has trouble describing the woman she met in the park. An impatient Eli goes into the interrogation room and gets the sketch. When he returns, he shows it to his wife and mother. He sighs. It looks just like Val. Lani grabs it and heads in to talk to Bonnie. Abe shows up and gets updated on the situation.

More: Grief could bring these two Salemites together 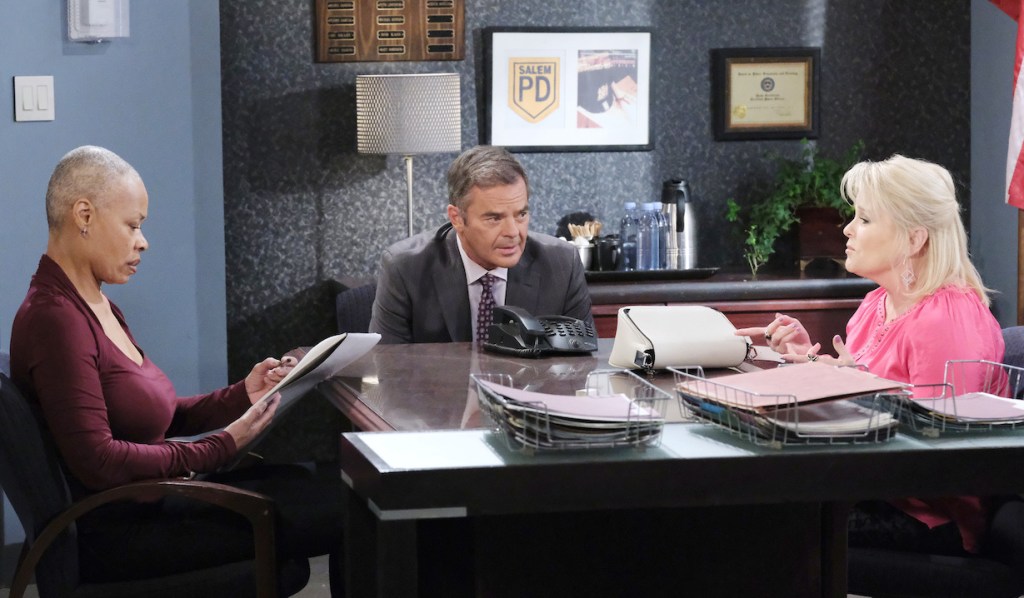 In the interrogation room, Bonnie apologizes to Lani. She insists she doesn’t think all black people look alike. She just focused on Valerie’s face when asked for a description, but she knows it wasn’t her in the park. Lani tears up begging Bonnie to remember more details. She is their only hope. Lani shows Bonnie a photo of Carter. Bonnie confirms that was the boy she held and promises to do everything she can to help her find her babies. Bonnie gives another description to the sketch artist. Both Lani and Val recognize her from the hospital. They pull up Dr. Amanda Raynor’s photo in the database. 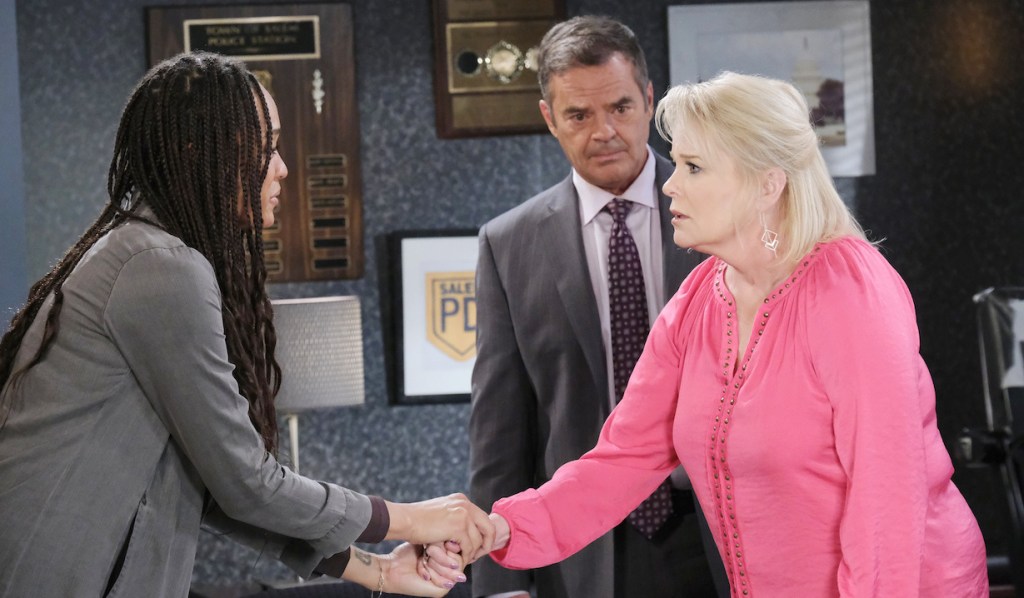 Dr. Raynor opens her motel room door to Ivan (played by Ivan G’Vera ). He tells her she’s done a good job. Her experience with newborns is why he chose her in the first place. Raynor expresses shame, first for switching Sarah and Kristen’s babies, and then for stealing the twins. Ivan reminds her she’s been handsomely paid for both. Raynor asks why Ivan wanted her to take the babies. He responds that he procured them for someone else. In the hallway with the twins, Ivan calls Madame and says he is on his way home.

At the DiMera mansion, Gwen tells Abigail she slept with Chad. When Abigail calls her a liar, Gwen lavishes her with details from their night together. Abigail accuses Gwen of trying to destroy her entire family. Gwen shrugs and says, “Everybody needs a hobby.” They rehash Gwen’s manipulations before Abigail orders the nanny out of her house. Gwen will do no such thing and gleefully plies her with more details about her night with Chad. When Gwen calls Chad a talented lover, Abby slaps her. 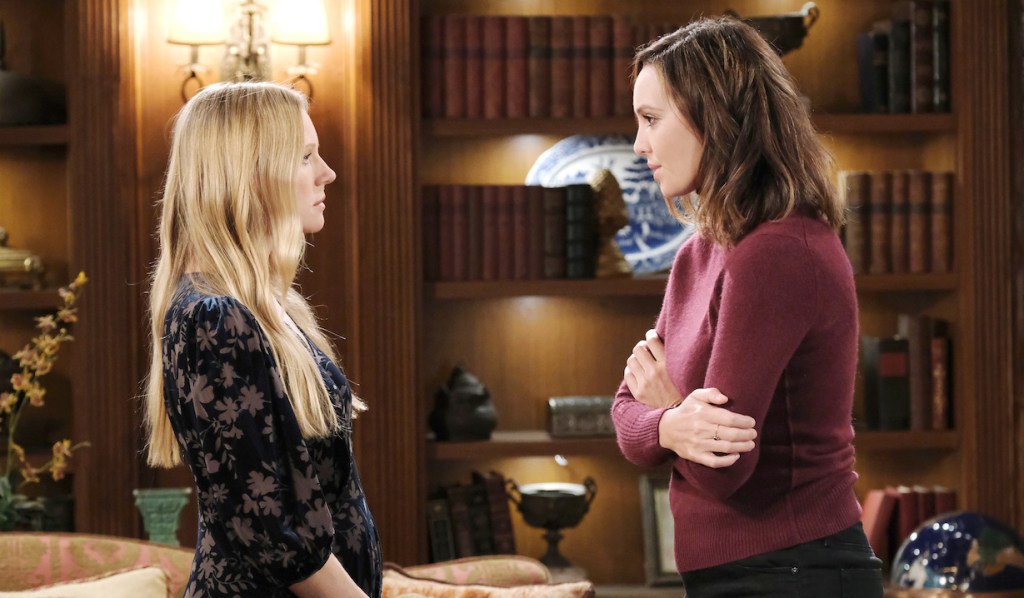 Chad shows up and realizes Gwen told Abby the truth. Chad knows he should have told Abby himself, but he didn’t want to hurt her. Abigail turns to Gwen and says, “You got what you wanted. Now, you will leave my home.” Gwen gets in more taunts and then takes her leave. Chad tries to explain why he slept with Gwen. He wanted to hurt Abigail the way she hurt him. Abigail points out she didn’t hurt him. She never slept with Jake. Chad cries as he expresses his shame. Abigail declares he should have believed in them. She reminds him this isn’t the first time he chose to believe another woman over her and walks out. 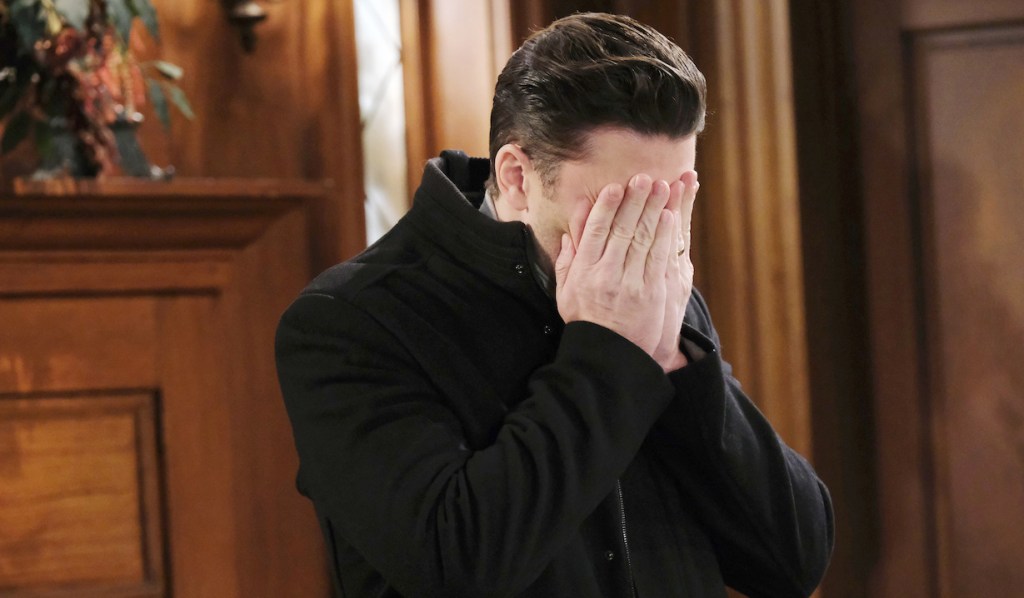 Gwen strolls through the Square and finds Kate alone at her table. Kate warns Gwen her plan isn’t going to work. Gwen retorts that she already informed Abigail about her cheating husband. So, their marriage is probably imploding as they speak.

Next on Days of Our Lives: Chloe questions Brady about his future with Kristen, and Tripp meets his brother.

Salem is crawling with villains right now, but that doesn’t mean they can’t change. Look through our photo gallery below of redeemed baddies and then get your free daily soap-opera fix for Days of Our Lives — and all of the other daytime dramas — delivered straight to your email inbox by signing up for Soaps.com’s newsletter.

Tripp Gets Caught Breaking Into...