Claire Believes Charlie’s Claims of Innocence, as Nicole Gets the Goods

Tuesday, January 12, 2021: Today on Days of Our Lives, Belle and Shawn come home, Claire wants to believe her boyfriend, and Nicole questions Ava. 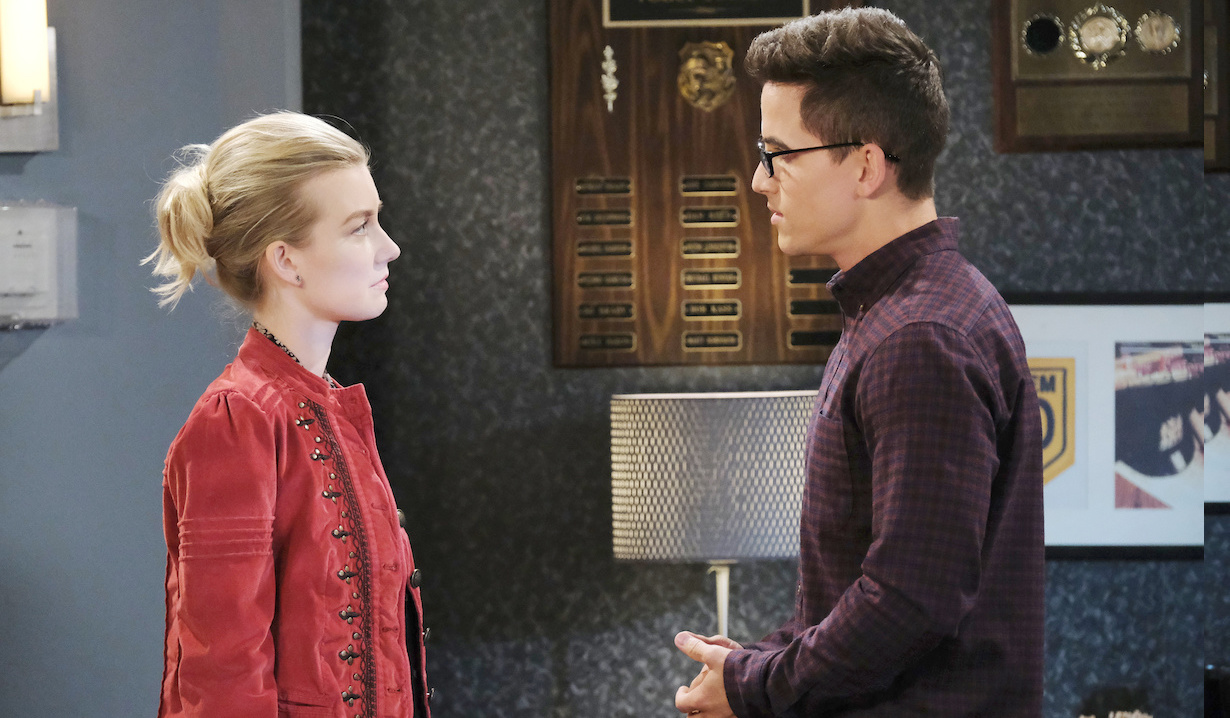 Belle and Shawn return home from their honeymoon and promptly continue the romance. They call out to make sure Claire isn’t there and head to the bedroom. When they return to the living room, Shawn worries about where Claire could be. Belle thinks she’s probably with Charlie. Shawn says he gets a bad feeling about him. Belle thinks he’s just being an over-protective dad, but Shawn thinks they should keep an eye on him.

More: Gabi plays dirty when she returns to Days 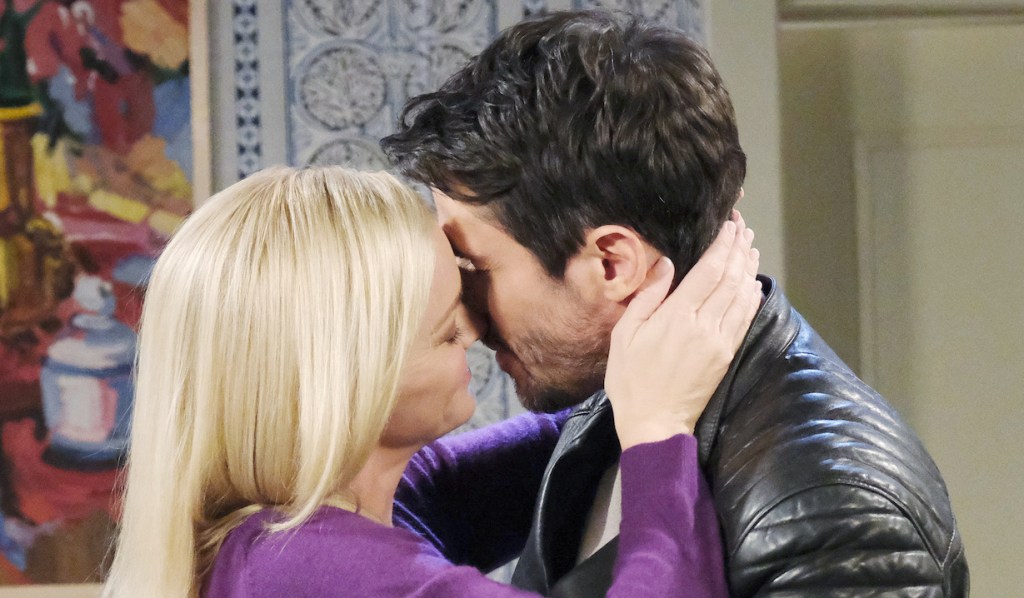 From Marlena’s, Claire calls to leave Charlie a message wondering where he is and apologizing for what happened with her grandmother and Ben. After hanging up, Claire lashes out at Marlena until John comes home. She demands to know what’s going on. John explains why he and Steve think Charlie is the one who raped Allie. Claire passionately defends her boyfriend. She finally found someone who loves her for who she is and she won’t let her grandparents ruin that. Claire runs out to see Charlie at the station.

Worried, John calls and leaves Claire a message. Marlena urges her husband to try and understand what Claire is feeling right now. They’ve accused her boyfriend of rape without any proof. John says he does have proof — Ava was found tied up in Charlie’s apartment. 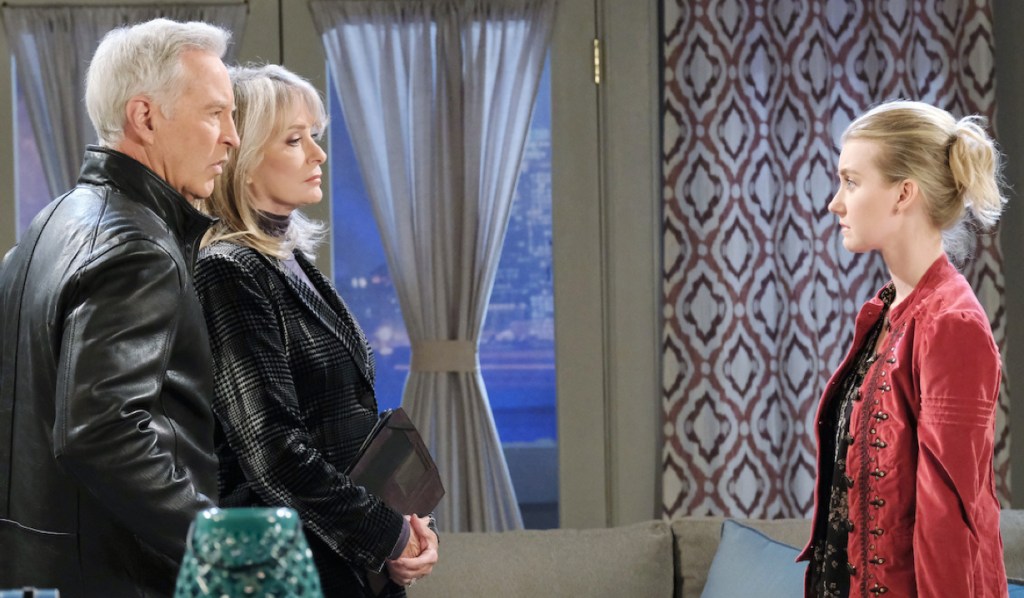 Rafe and Nicole find Steve at the hospital. After getting updated about Ava, Rafe and Nicole talk about the situation over coffee. Nicole knows Ava’s done bad things, but she’s worried about her. Nicole asks to see her. Rafe will allow it, but warns her about Ava’s condition.

Steve finds Tripp in a sleeping Ava’s room. Tripp tells his father about Ava’s fearful rantings over Charlie. Steve relays that Charlie can’t hurt her now because he’s being held for questioning. Tripp is optimistic a DNA test will clear him, but Steve points out they’ll have to wait for a court order if Charlie refuses to give a sample. Tripp doesn’t want to wait any longer to clear his name. He’ll get answers from Charlie now. Steve urges his son to be patient and let the cops handle it. 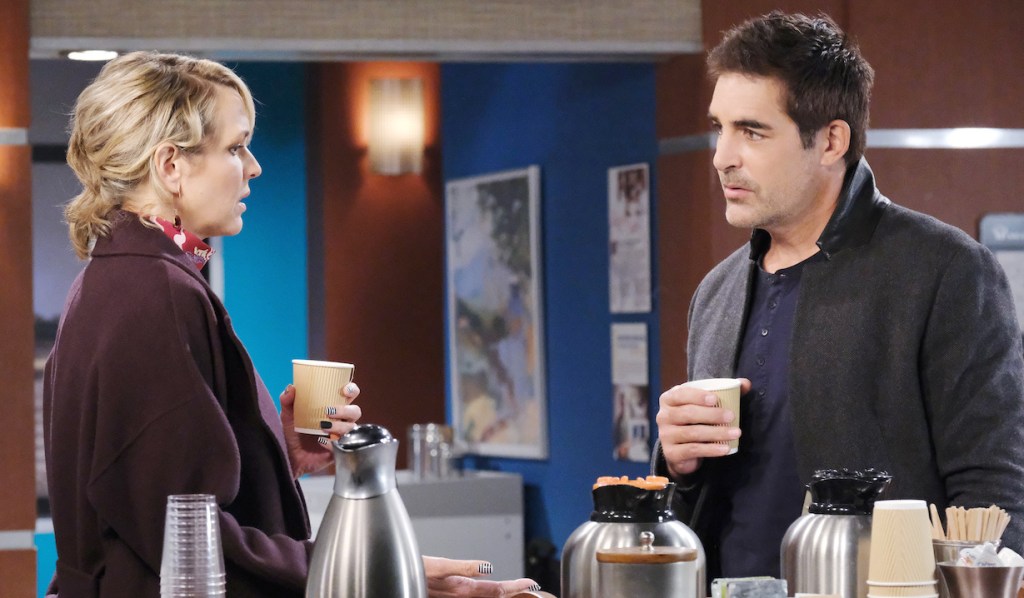 Tripp and Steve return to Nicole and Rafe. Nicole asks if she can see Ava. Both Tripp and Rafe are fine with it. After Rafe leaves as well, Tripp promises Steve he won’t go see Charlie… for now.

When Ava comes to in her room, Nicole urges her to do everything she can to help Tripp. A confused Ava recalls Charlie admitting to raping Allie. She gives Nicole all the details and then gets agitated again. She pulls at her restraints, wanting to see Tripp. Nicole tries to calm her down, promising to help him. “Everything is going to be okay now,” Nicole says.

Rafe goes to see Belle and Shawn and fills them in on Charlie. Shawn leaves for the station with Rafe while Belle heads to John and Marlena’s looking for Claire. 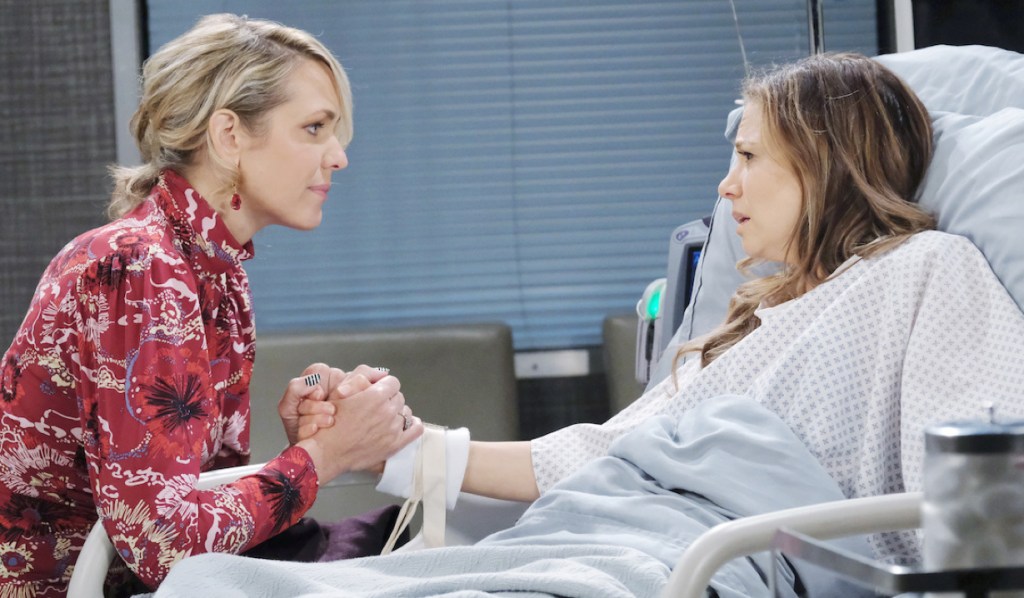 In the interrogation room, Allie sits down across from Charlie. She points out they are all alone. “Between me and you,” she says, “were you in my flat that night? Was it you, Charlie?” He denies raping her. Allie says he could have a son. Doesn’t he want to know the truth about that? Claire rushes in before Charlie can respond. After some convincing from Claire, Allie leaves her alone with Charlie. Claire urges Charlie to tell her he is not Ava’s son. He insists he’s not. It’s all a big misunderstanding. Claire wants to believe that, but how can he explain Allie feeling like she knew him. Charlie can’t, but swears he would never hurt anyone. He begs her not to let anyone take away what they have. Shawn enters and drags Claire out. 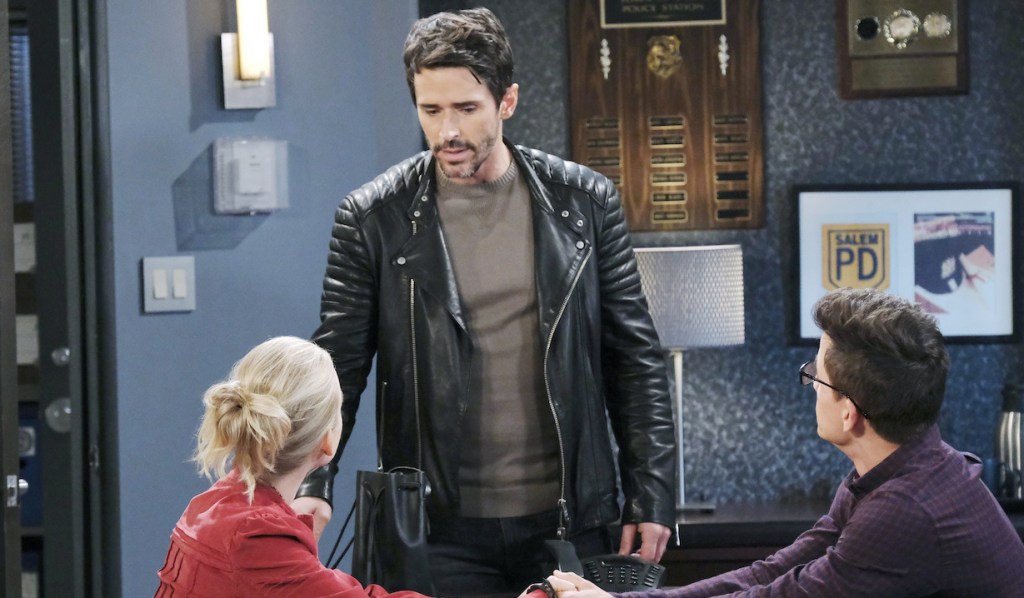 In the squad room, Claire defends Charlie to her father. She insists Charlie isn’t even Ava’s son. Shawn wonders why Ava was found in his apartment then. Meanwhile, Rafe returns to warn Charlie he will get the answers he needs from him.

Allie meets Nicole at Brady’s Pub. She tells her about going to the police station to see Charlie, who denied everything. Nicole shares that he might not have confessed to her, but he did confess to his own mother.

Next on Days of Our Lives: Kate gives Chad advice and Abigail compares notes with her parents.

Look through our photo gallery filled with Gwen’s secret, Charlie’s redemption, and more soap opera predictions for 2021. Then, get your free daily soap-opera fix for Days of Our Lives — and all of the other daytime dramas — delivered straight to your email inbox by signing up for Soaps.com’s newsletter.

Brady Offers to Help Philip With His...