As Eli and Lani Frantically Search for Their Babies, Bonnie Runs Into the Person Who Snatched Them

Friday, January 8, 2021: Today on Days of Our Lives, Abe and Val assist in the search for Carter and Jules, Xander figures out what Philip is really up to, and Chloe asks Brady for help. 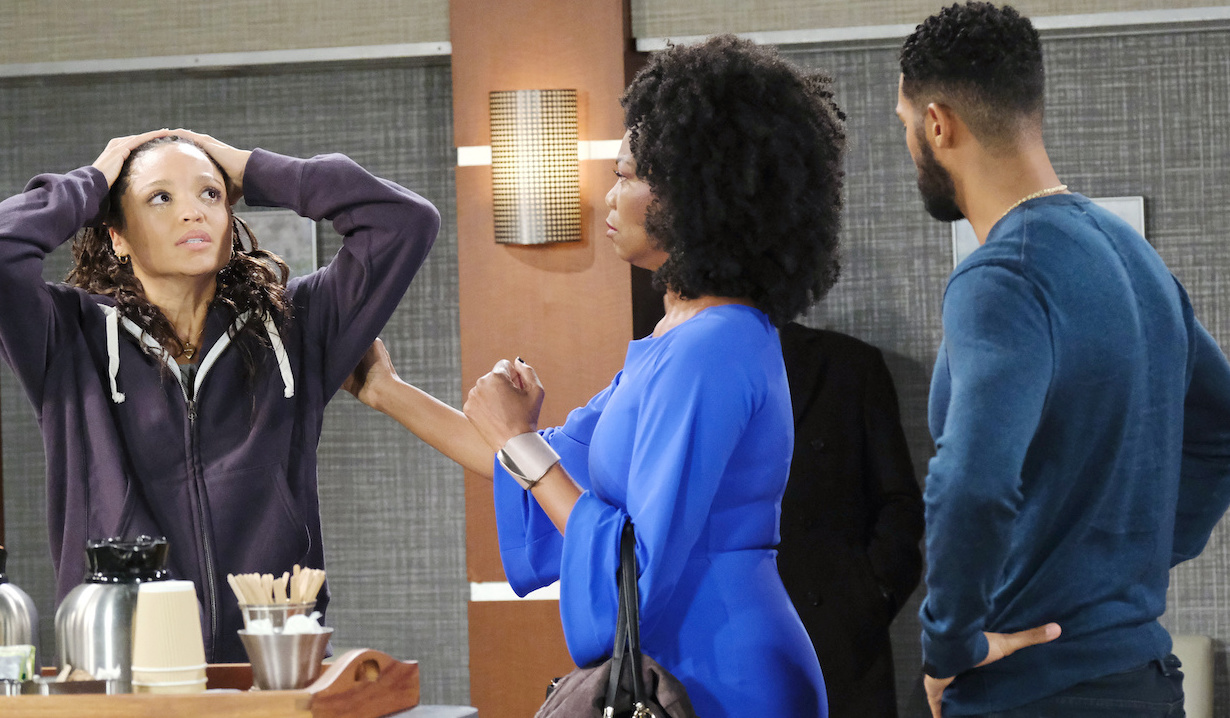 Sarah tries to distract Xander in his hotel room, but he’s too focused on the contents of Philip’s flash drive. When she starts picking up and commenting on his dirty laundry, he exclaims, “Laundry!” He realizes Philip could be laundering money, not embezzling it. Xander thinks he has everything he needs to nail Philip now that he knows what to look for. This time, Victor won’t be able to ignore what his precious son has done. Xander thanks Sarah for her brilliance and her patience and then sits on the bed. He’s ready for some dirty dealings of his own. “Care to join me?” he asks. 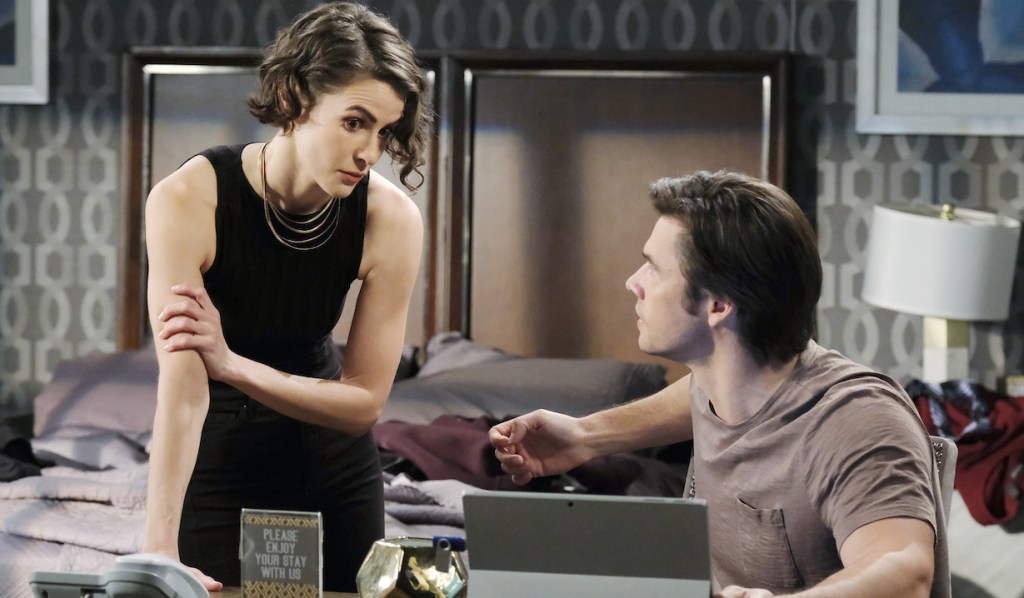 Brady meets with an angry Kristen in the prison visitors’ room. She points to an online article about New Year’s Eve and says, “Is that or is that not you on New Year’s Eve kissing Chloe Lane?” Brady explains it’s more innocent than it looks, but Kristen grows more upset learning he’s going to be working with Chloe as well. Kristen demands to know why he didn’t tell her before. Brady only wants to talk about her and their daughter when he’s with her, not Chloe, who he promises is just a friend and colleague. She apologizes for being so insecure. Brady assures Kristen he doesn’t want to be with anyone else. He also doesn’t want to waste their precious time together defending himself. She knows it’s not his fault and they rehash how Xander, Victor, and Dr. Raynor stole their baby. Brady shows her photos of Carter and Jules. He printed them for her so she can be reminded of the selfless thing she did. Brady looks forward to next New Year’s Eve when he can kiss the one and only woman he loves. 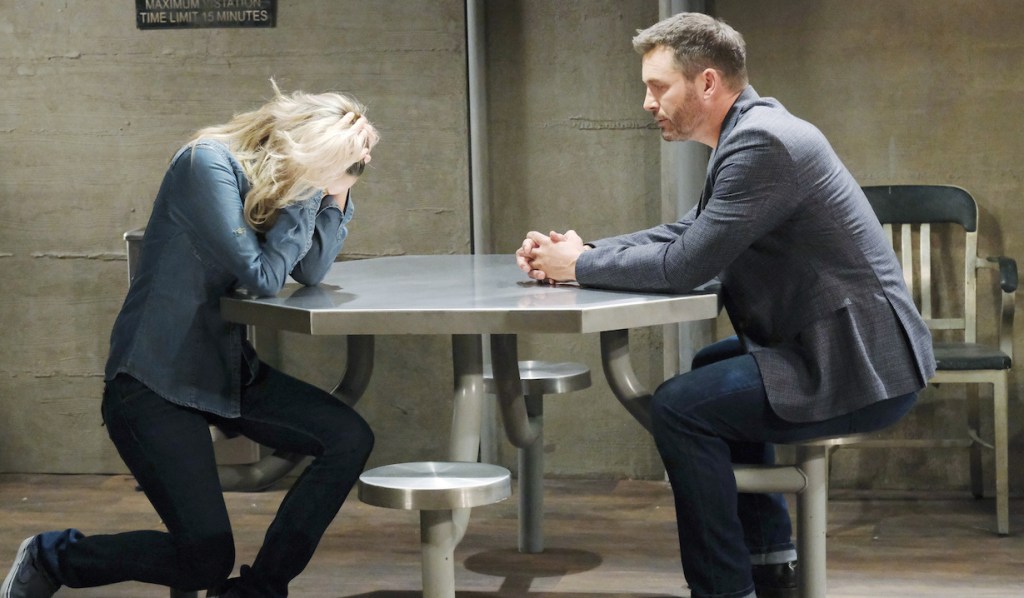 Bonnie finds Philip in the Square looking at Ava’s missing person’s flyer. They bicker about him dumping Mimi until Chloe walks up. After Bonnie stalks off, Chloe sits down with Philip. She immediately asks about his money-laundering scheme. Philip doesn’t think it will be a problem anymore since Ava is obviously dealing with her own stuff. Just then, Ava’s cousin Angelo calls to tell him he’s in charge now. After hanging up, he tells Chloe he has to keep doing what he’s doing or end up in prison… or dead. Brady walks up wondering what they’re talking about. Philip tries to brush him off, but Chloe admits he’s in serious trouble and needs Brady’s help. 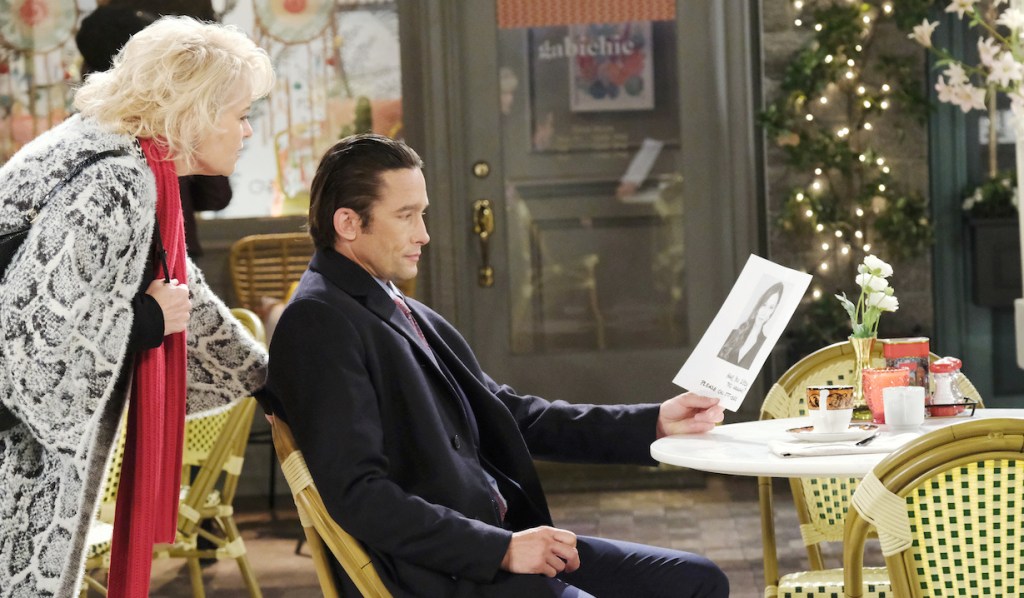 At Brady’s Pub, Val tells Abe she and Billy broke up. Abe never thought he was good enough for her and cautiously suggests they give it another go. She responds that she’s seeing someone, though it’s not serious yet. She cherishes their memories though and is certain a woman will come along that she won’t think is good enough for Abe.

As Lani and Eli make their way to the nursery, they discover their children are gone. Eli checks with the nurse who just came on duty. She’s looking into their whereabouts. Eli calls Val to see if she has the babies, since she’s on the authorized visitors’ list. She relays neither she nor Abe has them.

More: Should this long-absent Days character be recast? 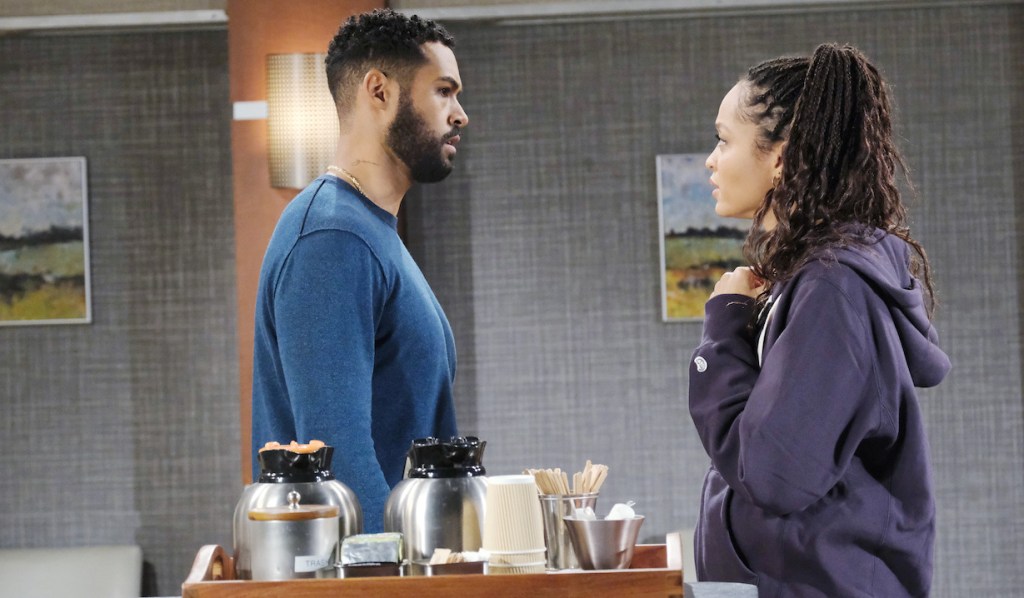 Abe and Val rush to the hospital. Eli tells everyone he just checked with the head nurse — the babies aren’t accounted for, but the hospital is in lockdown. Val tries to reassure Lani, who starts to fall apart. Lani cries that she can’t go through this again. She begs, “Please don’t let me lose my babies.” After Val takes Lani back to her room, Abe puts out an alert. He promises Eli they will find his children.

More: Vivian resurfaces in Salem with a new look 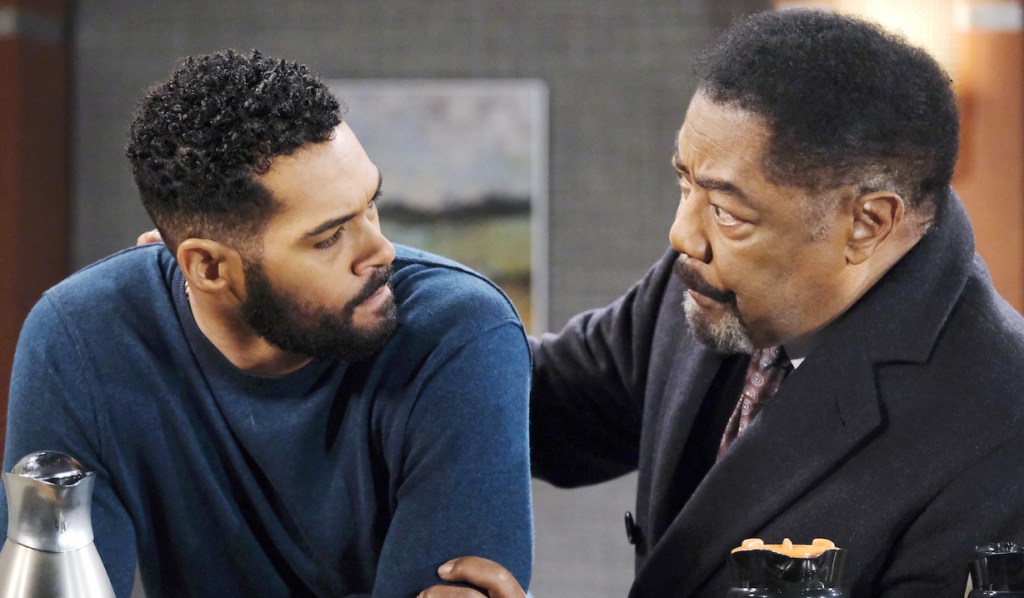 Eli brings a laptop containing the hospital security footage to Lani’s room. But there’s nothing incriminating on it. It’s like the person knew how to avoid the cameras. Eli promises Lani they will bring Carter and Jules home and embraces her. 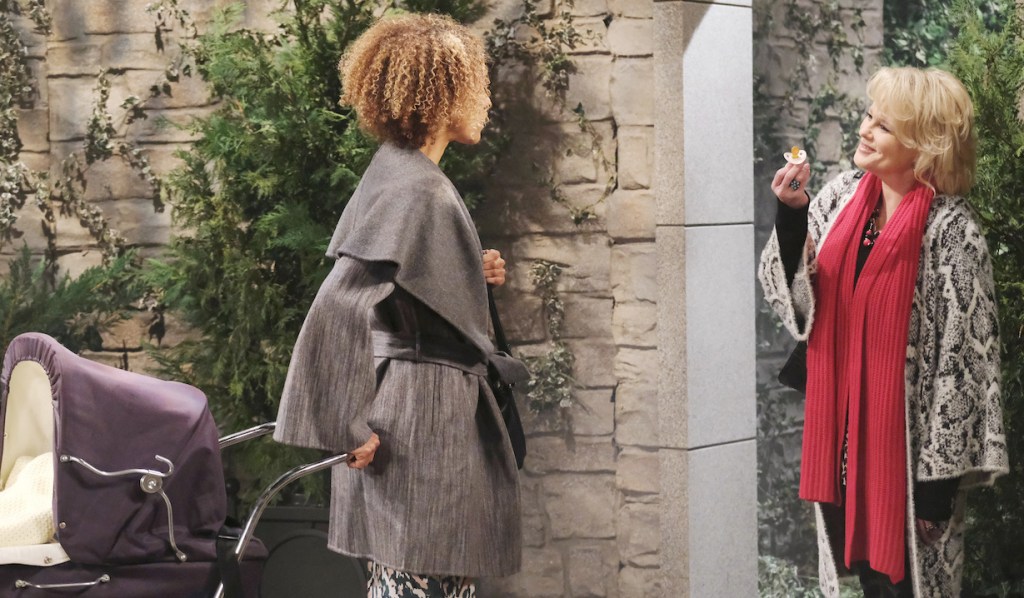 In the park, Dr. Raynor (played by Victoria Platt) pushes a stroller and makes a call. She tells the person on the other end she has the babies. Bonnie approaches her. She picked up a pacifier that dropped and then sees the twins. Raynor panics when a gushing Bonnie picks up one of them. When Bonnie puts the baby back, Raynor rushes off. Bonnie calls out, “Good luck. You’re gonna need it.”

Next on Days of Our Lives: Belle and Shawn return and Steve has good news for Tripp.

Hot Days topics: The end is near for Charlie and Gwen. Plus, Ben’s poised to move on and why Chloe needs to be part of every story.

Relive Eli and Lani’s road to marriage and parenthood in the photo gallery below. Then, get your free daily soap-opera fix for Days of Our Lives — and all of the other daytime dramas — delivered straight to your email inbox by signing up for Soaps.com’s newsletter.

<p>Eli and Lani share deep passion and love for one another. Here they are in an intimate moment.</p>

<p>On what was to have been the happiest day of their lives, Lani was forced to leave Eli at the altar. Lani was being blackmailed by Gabi, who was threatening to harm Eli’s grandmother. Eli was shocked when she tried to convince him she didn’t love him enough to marry him and left town.</p>

<p>Eli is anxious to marry Lani after all the tragedy and manipulation. He put her enagagement ring back on her finger after proposing in Horton’s Square. Lani went to her calendar to set a wedding date and realized she was late. The couple is expecting again, and Eli has been supporitive of Lani’s fear.</p>

Ben Goes Into Protective Mode With...

Brady Offers to Help Philip With His...