Monday, January 4, 2021: Today on Days of Our Lives, Kate confides in Jennifer, Jack warns Gwen, and Charlie might have tipped his hand. 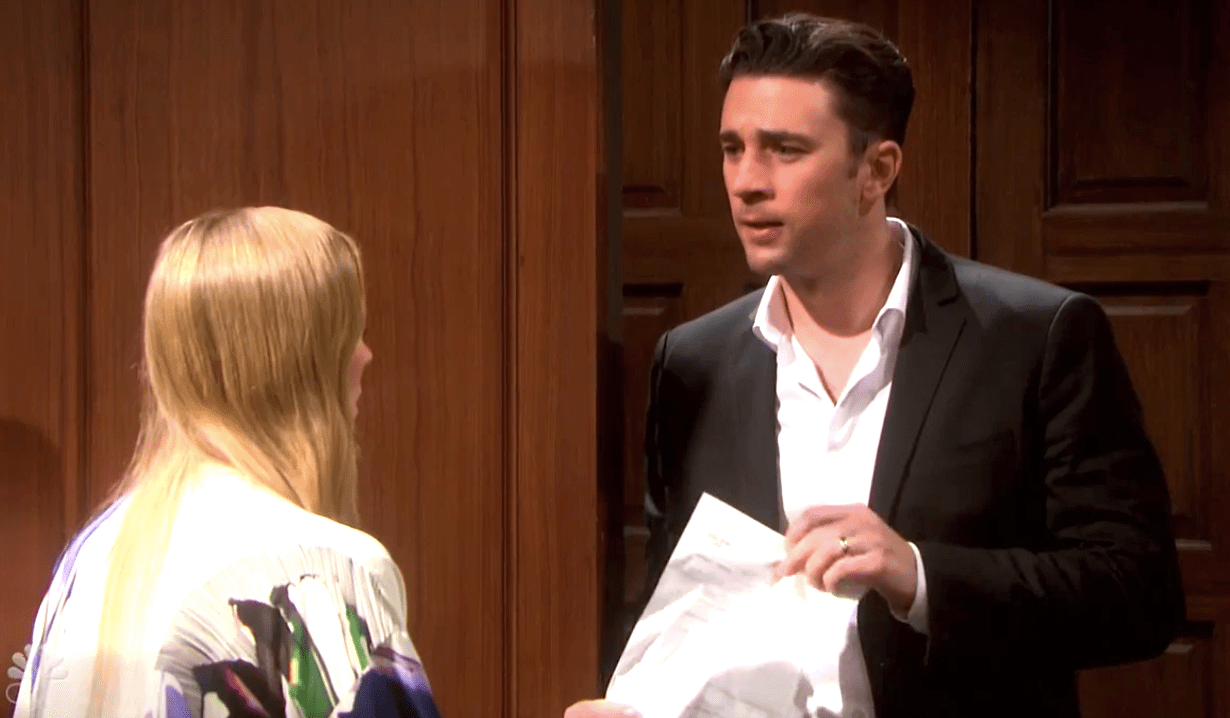 In Jake’s bedroom, Chad accuses Abigail of having an affair with his brother. He shows his wife the receipt for the Salem Inn room she paid for. Confused, Abigail tries to keep Chad off Jake as the men argue. Jake leaves as Abigail tells an irrational Chad the person Jake is having an affair with is Kate. Chad doesn’t want to believe it, but Abigail confirms Jake admitted it. Chad wonders why, then, did Gwen see her and Jake kissing, hear her booking the room, and say the bracelet Jake gave Gwen was really for her. Abigail denies it all and tells him about the file Gwen has on her family. Chad doesn’t think it means anything nefarious. Abigail says there’s only one way to find out, suggesting they go ask her. 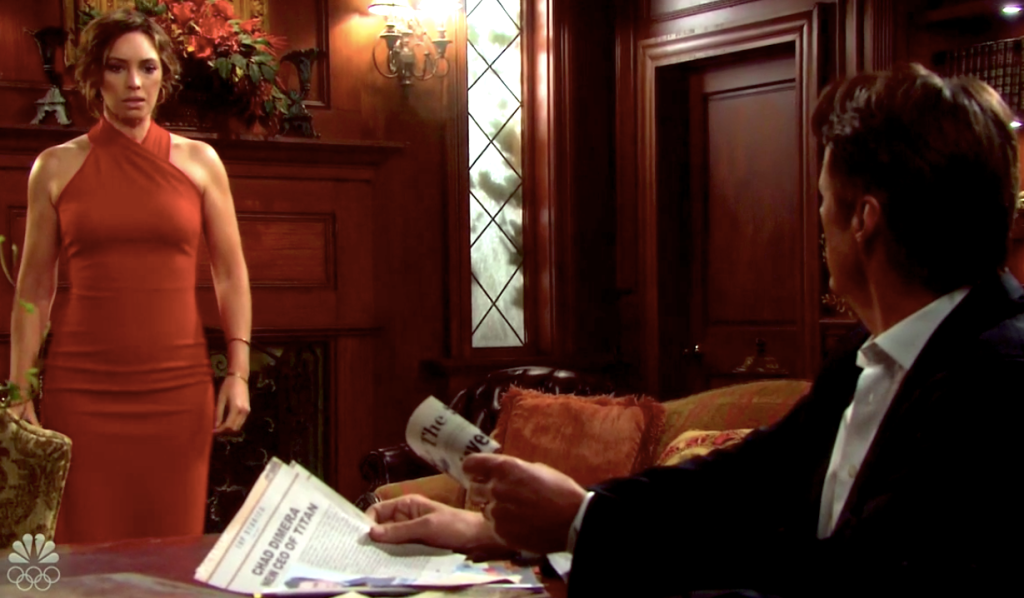 Downstairs in the DiMera mansion, Gwen finds Jack going through her newspaper clippings. He asks her why she has these things. She tells him she wanted to get to know the family she was working for. He calls her research very thorough and confronts her about lying to him about her marital advice to Jennifer. Gwen denies it. He then wonders if she had something to do with their disastrous anniversary party. Gwen makes Jack doubt his suspicions, but he knows none of the recent events add up. She wonders why she’d want to hurt Jack or his family, especially when no one has hurt his family more than he has. Jake owns up to all his mistakes, but warns Gwen she doesn’t want him for an enemy. He slams the file down and storms out.

A shaken Gwen tries to reorganize her file as Abigail and Chad burst into the living room. Abigail demands to know why Gwen has that folder. Gwen innocently explains she was just looking into the family she was working for. Abigail confronts her about the lies she told about her and Jake. Gwen admits she made them up. Stunned, Chad says if he had known what Gwen said about Jake and Abigail was a lie, “I woulda…” He stops, but a suspicious Abigail urges him to finish his sentence. 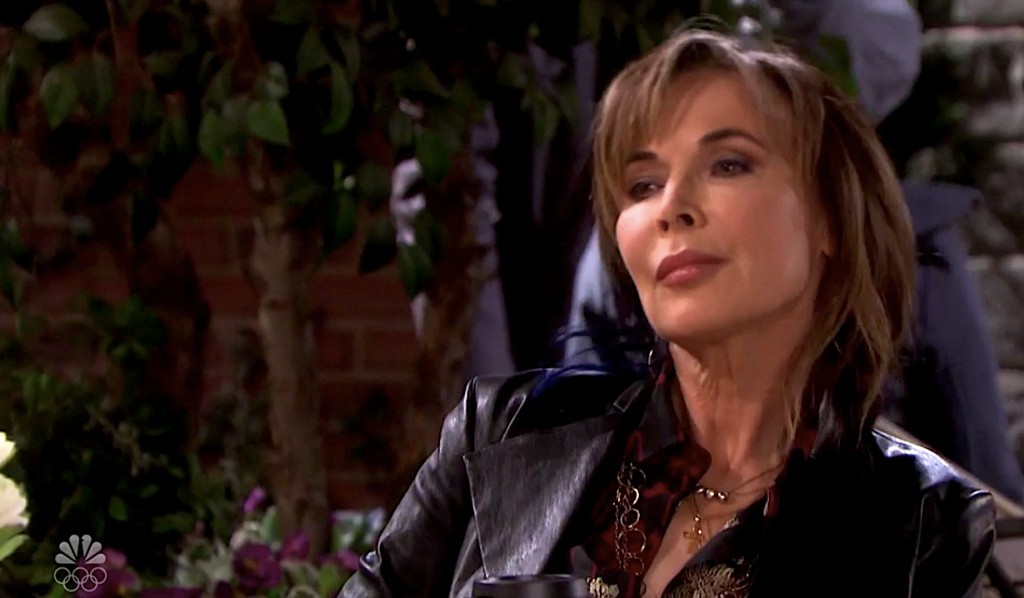 In Horton Square, Kate tells Jennifer she isn’t embarrassed by Jake, “I’m embarrassed by me.” She doesn’t want to be called a cougar should they go public. Not to mention, he’s a DiMera. How many of those has she slept with? Jennifer knows people will talk, but points out she’s “Kate fricken Roberts. Since when have you given a damn what anyone else thinks of you?” Jennifer warns all the secrecy could hurt people and asks how much Jake means to her. Jennifer leaves when Jake walks up.

More: Lucas as the DiMera maid?

Jake tells Kate Abigail is probably telling Chad about them right now. He thinks she can just tell Chad it’s over between them. She asks, “What if I don’t want it to be over?” Jake won’t continue to sneak around, especially if she’s ashamed of him. Kate insists she’s not ashamed of him, admitting her age insecurities. She doesn’t want anyone to think she’s predatory or desperate. Jake declares she’s neither of those things. Kate knows and admits she needs to get over herself. She wouldn’t mind going public, if there’s still an “us.” He kisses her and asks, “Does that answer your question?”

At home, Jack tells Jennifer Gwen might be a bigger problem than they thought.

At Julie’s Place, Claire and Allie update each other on their quiet New Year’s Eves. Claire then tells her cousin how great being with Charlie is. However, he’s been working so much she hasn’t seen him since Christmas. Allie encourages her to call him. At home, Charlie tells Ava he is going to have her committed to a mental hospital. It’s the perfect solution — she’ll be safe and out of the way. She insists she’s not crazy and only had issues because she was on those pills her father gave her, which she doesn’t take anymore. He corrects her, “I’ve been drugging your food for days.” She can’t believe he did this to her, but promises if he lets her go she won’t tell anyone about Allie. He can’t trust her. Soon, she’ll lose her grip on reality and, as her son, he’ll have no choice but to commit her. Then, he and Claire can live happily ever after. Claire calls Charlie to ask him to meet her at Julie’s Place. He looks at Ava and says a change of scenery would be nice. After Charlie changes into his shirt Claire gave him, he returns to a groggy Ava. He re-gags her and leaves.

Charlie shows up at Julie’s Place as Allie gets up to leave. He jokingly says, “Arrivederci,” which makes Allie pause.

Next on Days of Our Lives: John and Steve make a discovery.

As the Deverauxs try to uncover Gwen’s motives, look through our photo gallery below of possible candidates for the nanny’s mother. And if you haven’t yet, get your free daily soap-opera fix for Days of Our Lives — and all of the other daytime dramas — delivered straight to your email inbox by signing up for Soaps.com’s newsletter. 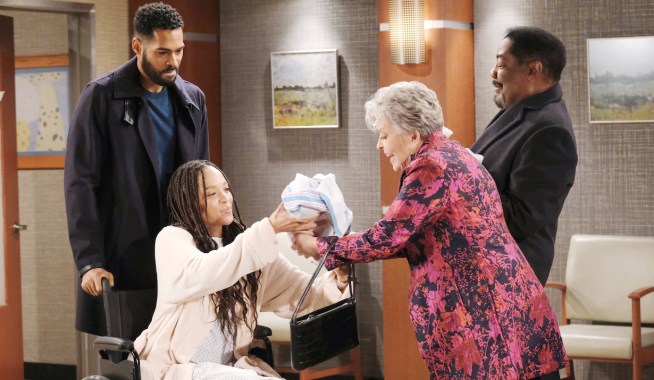 Chad 'Catches' Abigail With Jake, and Someone Closes In on Eli and Lani's Newly-Named Babies

Ava's Cousin Angelo Gives John and Steve a Lead, While Claire Puts Herself in Danger With Charlie 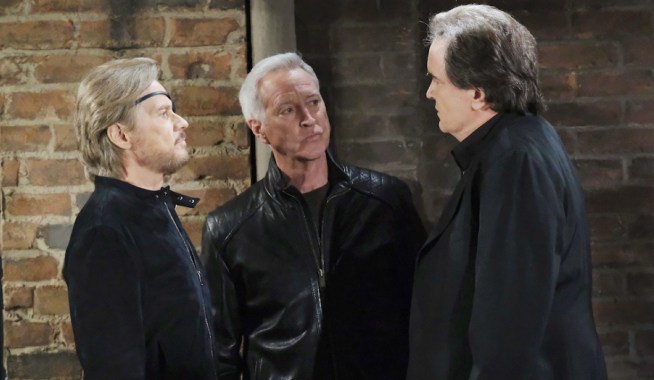