Thursday, December 17, 2020: Today on Days of Our Lives, Steve questions Allie about the night of her assault, Julie accidentally makes Jennifer’s worries worse, and Abigail tells Jake of Chad’s suspicions. 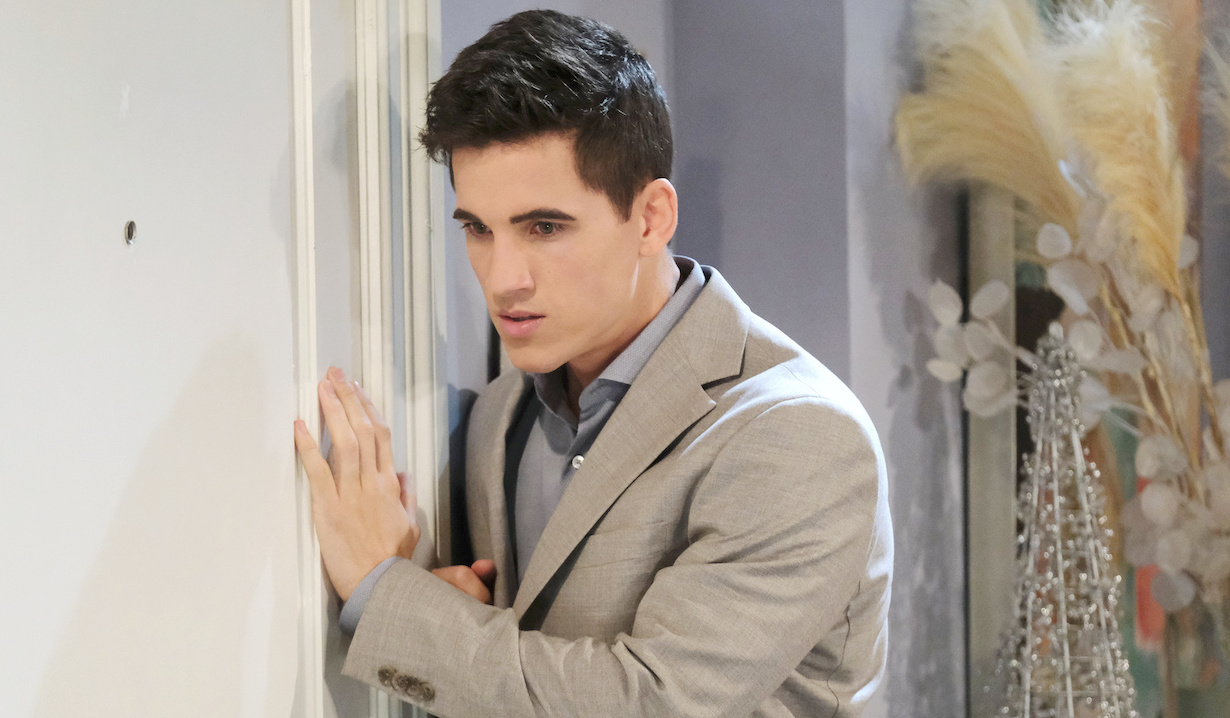 Jake and Kate are in bed at the Salem Inn. He says this is better than sex in the garage. She’s glad they have a lock on the door. Jake knows she wants to keep this a secret, but he’d love to wine and dine her in public. She insists they go back to the mansion because Harold will gossip if he notices they are gone. 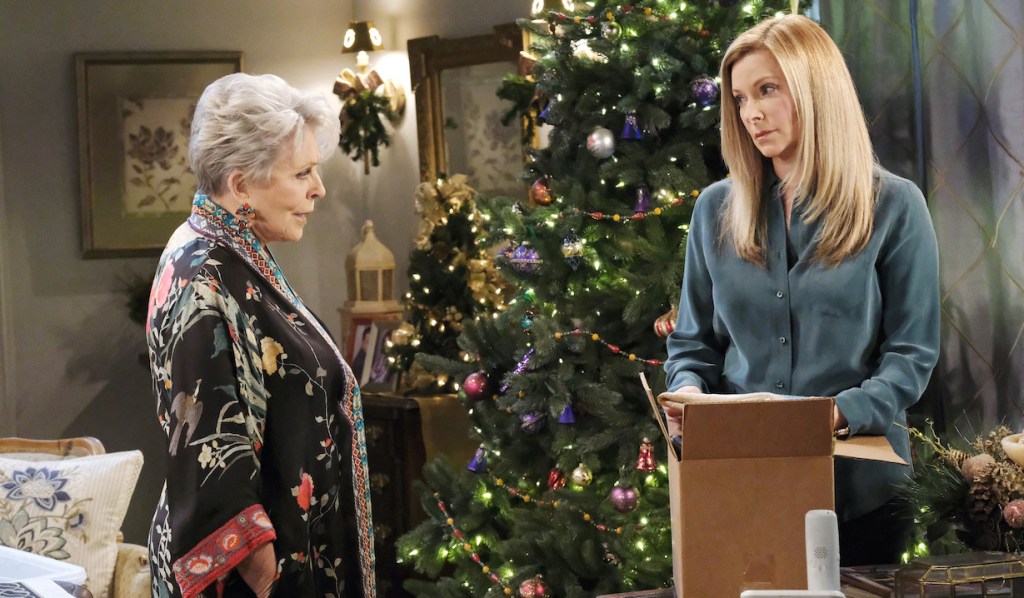 At the Horton house, Julie catches Jennifer pondering about Jack and Kate. Jenn isn’t sure things are still over between them. She tries talking about decorating but it keeps going back to Kate. Julie reminds her that Kate is an “alley cat” and could be with anyone. She offers to call her friend who works at the Salem Inn to see who Kate is with. Jennifer starts downing eggnog, so Julie calls her friend and then informs Jenn that Kate was at the inn with a man whose name started with a J. Jenn assumes it’s Jack and wonders if she should just end the relationship and move on. 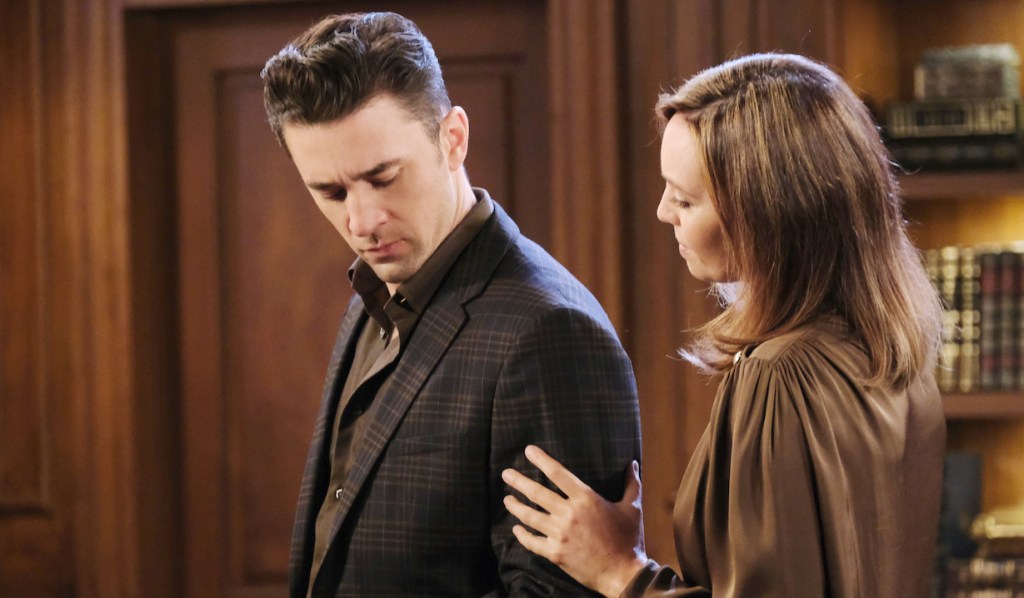 At Casa DiMera, Gwen gets a text from Abigail telling her she won’t be back until later. When Chad arrives, Gwen claims she hasn’t heard from his wife and starts quizzing him about accusing her of cheating. She lays on the reassurances and he leaves to try calling her. Julie calls looking for Jack and Kate. Neither is there. Hanging up, Gwen laughs about Jenn taking the bait. Chad returns and admits that he was looking for Jake but he’s nowhere to be found. 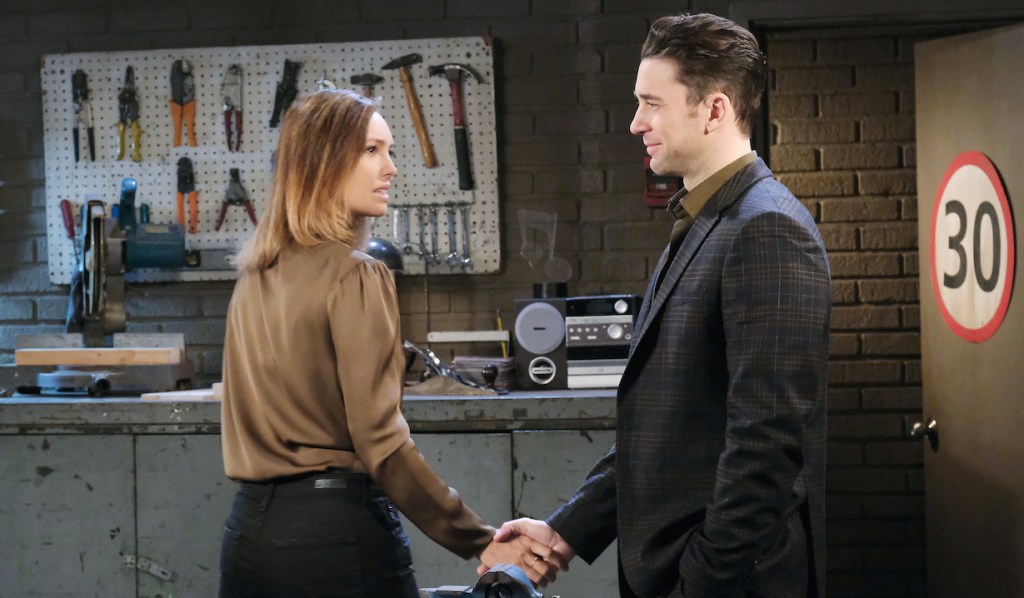 Chad goes to the garage with Gwen trailing after him. The place is empty. He feels like a terrible husband. Gwen promises she won’t tell anyone he came down there. Pacing, he beats himself up for being insecure and she reassures him that he’s just kind. She reminds him of how good he has been to her and promises to be there for him.

Abigail strolls into the main room as Jake makes a nightcap. Before she can leave to start her article, he asks her to look over a proposal he wrote. She tells him Chad thinks they’re having an affair so they shouldn’t spend time alone together. As he promises not to make Chad more suspicious, Gwen and Chad arrive to overhear him.

More: Find out who Brandon Barash is dating 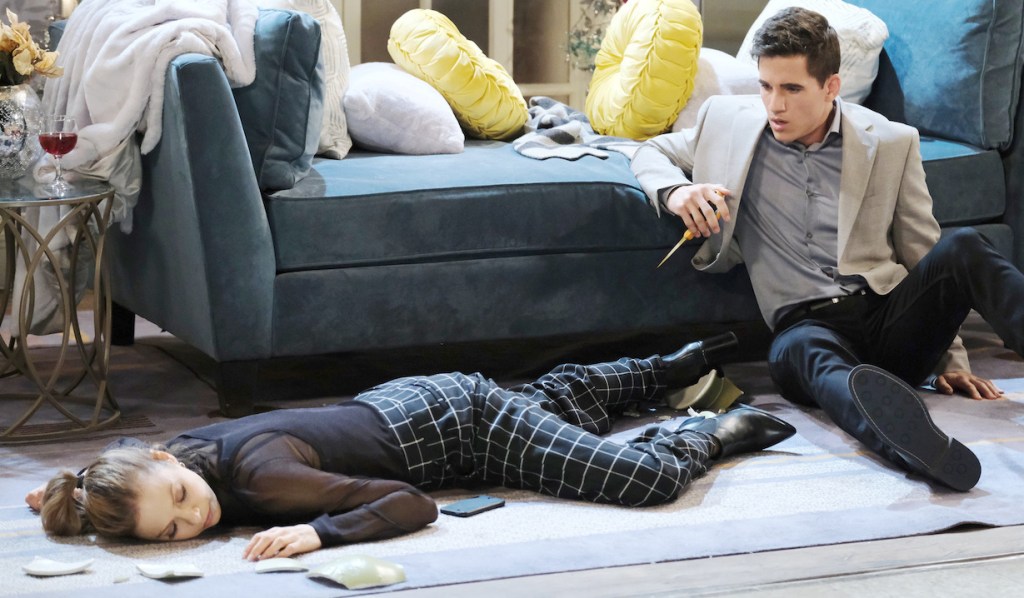 At her place, Charlie tells Ava he knows that Tripp has always been her favorite. She has a chance to do something for him now by promising not to tell anyone he was in London when Allie was attacked. Tripp starts knocking at the door. Ava tells her son that Tripp needs to know the truth. He grabs her hand and starts begging. When she goes for the door, he smashes a vase over her head. Tripp hears this and realizes something is not right. He tries calling her and wonders if he should call the cops. Charlie grabs some scissors and prepares to stab Tripp if he barges in but his brother takes off. As he looks at his mom on the floor, Charlie sinks.

In the square, Allie tells Steve he has to believe her or Tripp. To him, it feels like a piece of the puzzle is missing. Although he doesn’t want to make her uncomfortable, he asks to hear her side of things. They sit down and she tells the details of the night. Allie explains that she eventually got more flashes of what happened as she told Nicole about it. He asks if she’s sure it was Tripp’s hand that held her down. She insists there is no other explanation for this. Steve thanks her and says how sorry he is. After he takes off, she bumps into Kate as she comes out of the inn. Allie tells her she’s suing Tripp. Kate is proud she didn’t kill him. As Allie goes over the discussion she had with Steve, she seems to be having doubts about the hand.

Tripp arrives at Steve’s and tells him his mom wasn’t answering her door and he heard a noise inside. Steve insists on going back with him to check it out. 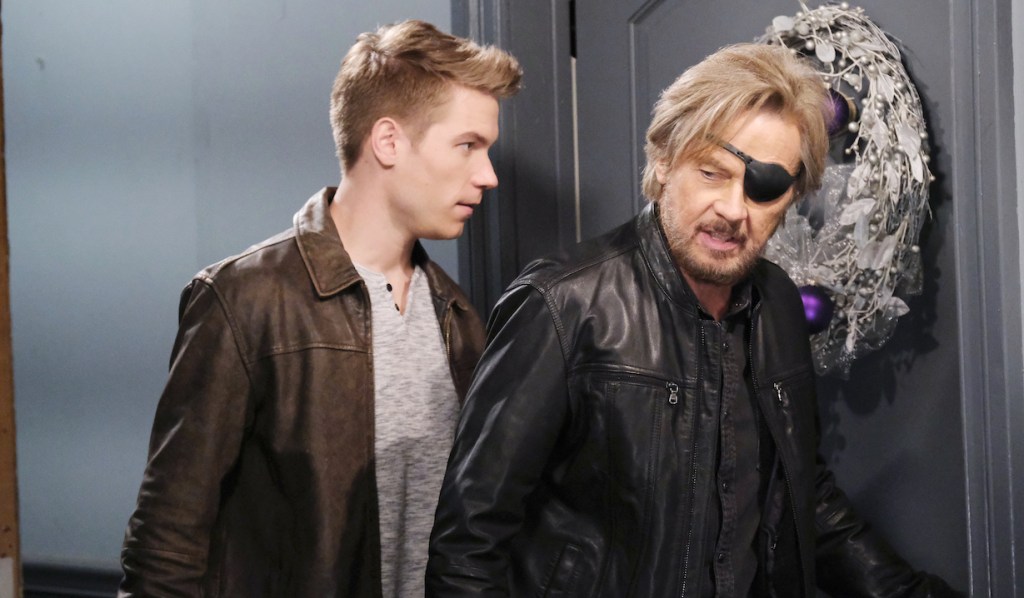 Steve and Tripp go to Ava’s and crack the lock. When they get in, there’s no one there.

When Ava wakes up, she’s bound to a chair at Charlie’s. He says she’s brought this on herself.

Next on Days of Our Lives: Rolf has a special gift for Marlena.

Check out the shocking reveals in the photo gallery below and then get your free daily soap-opera fix for Days of Our Lives — and all of the other daytime dramas — delivered straight to your email inbox by signing up for Soaps.com’s newsletter. 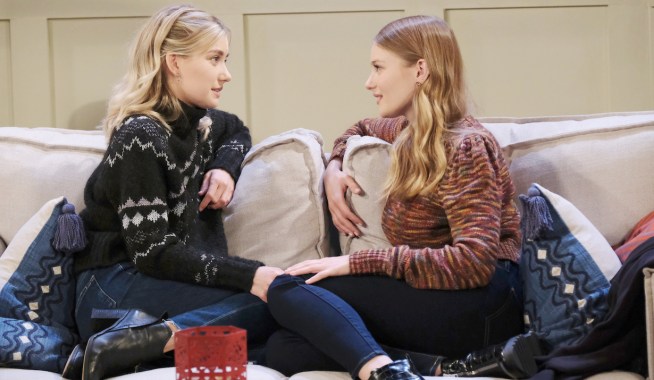 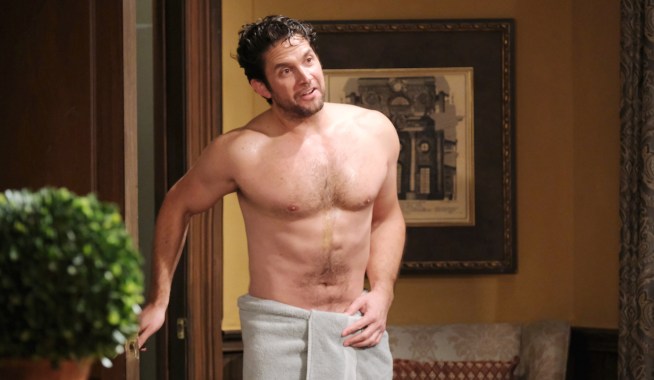