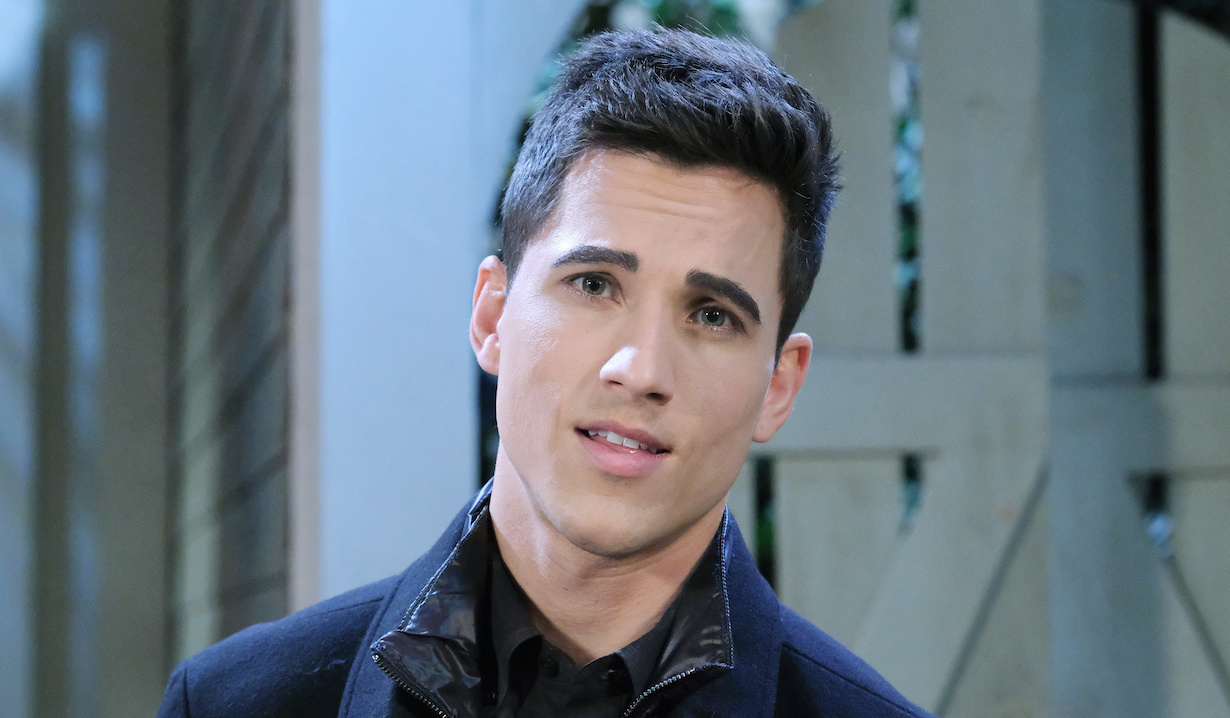 Claire and Charlie eat together at Brady’s Pub. As they debate whether to get fries or onion rings, he declares she has good negotiating skills. His face falls when she points out her mother is one of the best lawyers in Salem. As they share their food like “an old married couple,” Charlie asks Claire to be his girlfriend. She didn’t think she deserved a good guy like him before, but now she wants to accept good things that come her way. He asks if she is his girlfriend now. She says it would seem so. However, she doesn’t know much about him. She asks about his family. He says he was raised by his dad in Philly and has a brother, but they’re not really in touch. She invites him to her family’s Christmas. They’re interrupted by an alert on his phone. He looks at it, but says it’s not important. As they leave, Charlie tells Claire if there’s mistletoe at Christmas, he’ll be there. They kiss before parting. 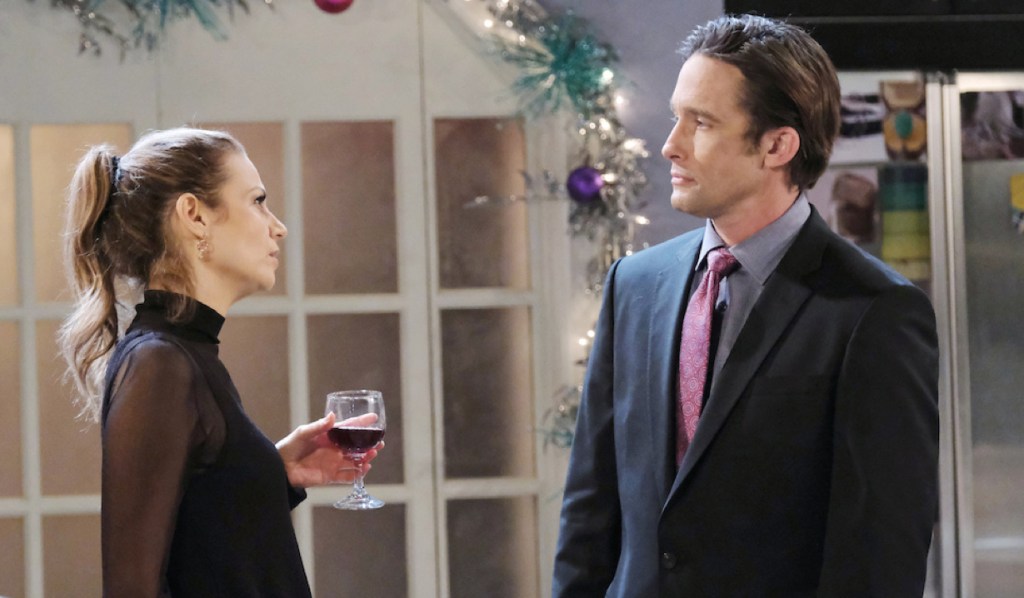 After Ava leaves an urgent message needing to talk to someone, she is displeased to find Philip at her door. He tells her she violated one of their agreements by going public. He needs to make sure she’ll keep their deal a secret. She assures him nothing has changed between them, but Philip doesn’t completely trust her. She in turn doesn’t trust his handling of Xander. Philip tells her he’s waiting for Xander to violently react to his latest move. When he does, Victor will have no choice, but to fire him. They exchange threats and Philip leaves. There’s another knock at her door. Ava opens it to Charlie. He says, “I got your messages. You said we needed to talk, so, here I am.” 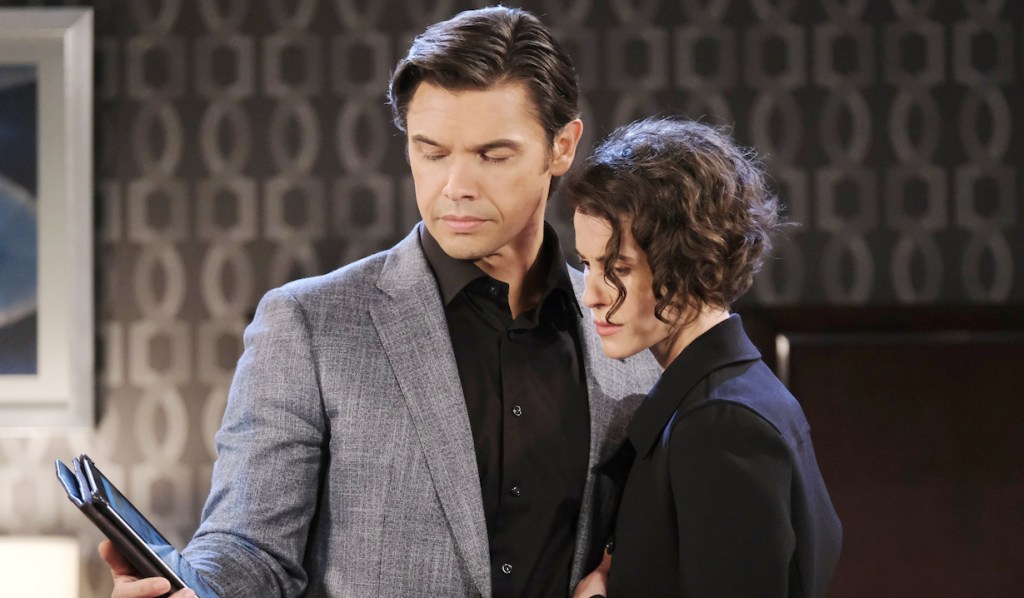 In his hotel room, Xander realizes Philip is working with Ava Vitali and fills Sarah in on her past. They wonder how she’s connected to Philip. Sarah starts to formulate a plan, but Xander tells her from this point on, she’s out. Over her protests, Xander says Ava is too dangerous. She counters that she made a lot of progress with Philip and reveals that he kissed her. Xander yells, “He did what?” Sarah says to calm down because Philip is expecting him to overreact. Xander admits that she’s right and agrees to let her continue playing Philip. 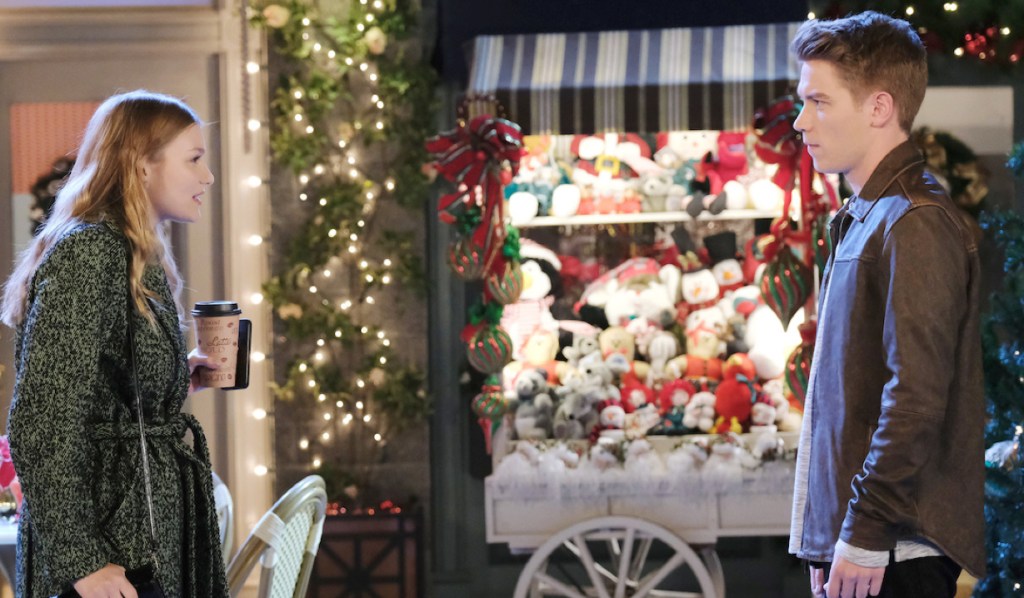 Tripp sees Allie in Horton Square. He hopes they can move on. Allie says her life is completely different now. She can’t just move on like none of this happened. She won’t let him either. He asks what that means. She says, “You’ll find out,” and walks away.

Allie visits Belle at her place. She asks her aunt to represent her in a civil case against Tripp. Claire says they could sue for charges of assault, battery, and intentional infliction of emotional harm and distress. She says in civil court the burden of proof is less than in criminal court, which works in their favor. Plus, they have the DNA test, which hurts Tripp’s credibility. Allie asks if she should go ahead with it. As her lawyer, Belle thinks she has a strong case, but as someone who loves her, she wonders if Allie really wants to do this. She points out Allie will have to relive every detail in public. Tripp’s lawyers will try to decimate her character and drag it out until she breaks on the stand. Allie needs to make Tripp pay. His lawyers can bring it — she won’t back down or breakdown. Belle says, “Let’s do this,” and they hug. 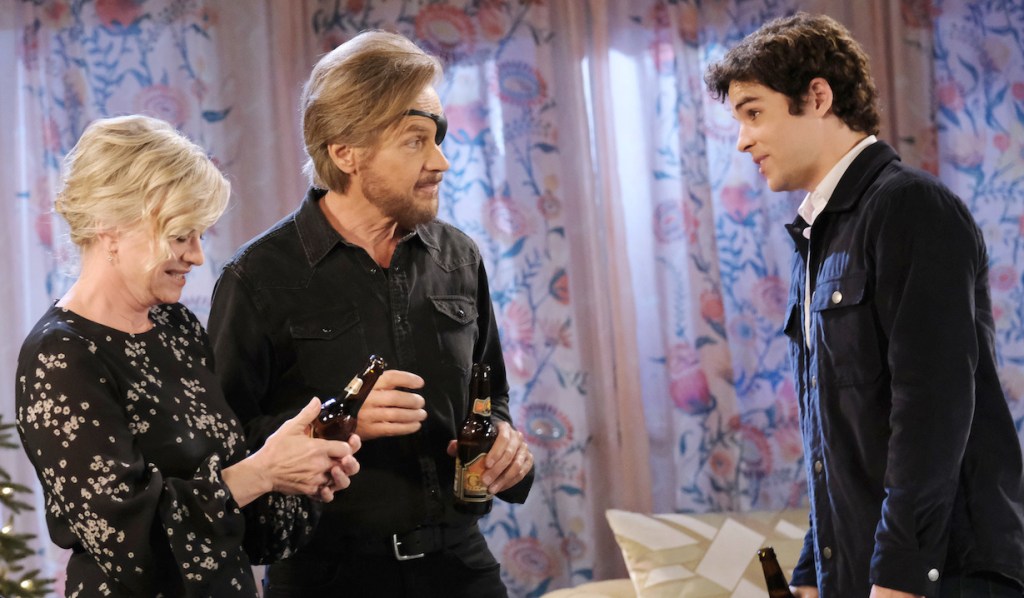 After Kayla and Steve bring Joey home, Joey remarks it doesn’t seem real. Kayla fawns over her son. Steve gets them all a beer as Joe explains he feels awkward being around people he loves again. Kayla assures him it’s perfectly normal and embraces him again. Steve is next and tells Joey how grateful he is to have him back. They want to plan a family gathering for him. Joey agrees to just them and Tripp, who knocks at the door. Joey’s thrilled to see him, but confused to learn Tripp is just there to grab his stuff and leave. Tripp explains Kayla doesn’t want him there because she thinks he’s a rapist. Tripp informs a confused Joey about what happened with Allie. He swears to Joey he didn’t rape her, as Kayla tries to contain her rage. Joey believes Tripp, but understands why Kayla believes Allie. He says Tripp is his brother and he’d like him to stay for dinner. Kayla agrees he should stay. Steve thanks her. She says she did it for Joey and Steve’s sake. 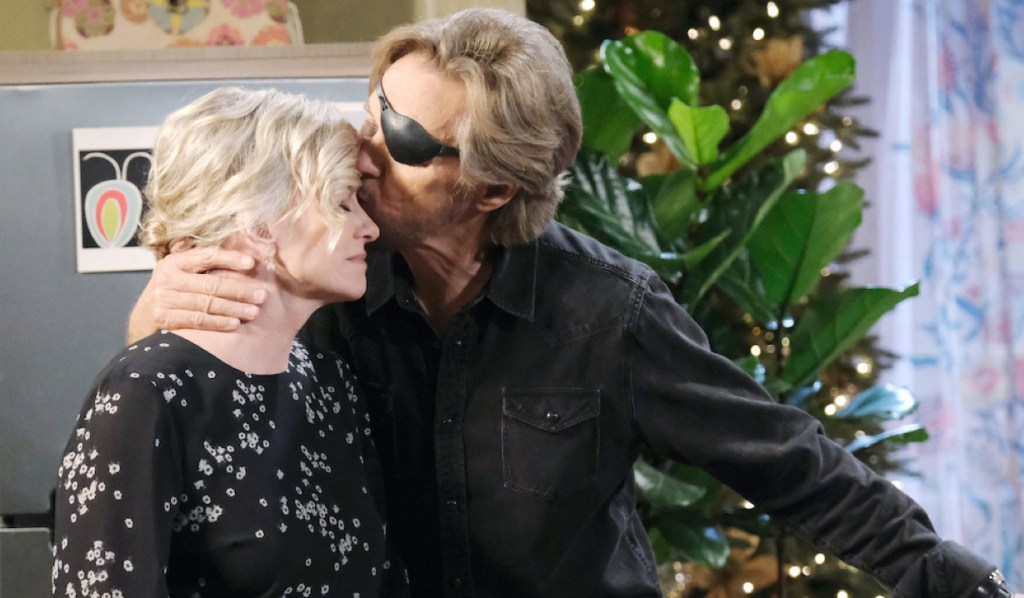 Next on Days of Our Lives: Ben and Shawn mourn and Joey considers his future.

Get in the holiday spirit with Christmases past in the photo gallery below. Then, get your free daily soap-opera fix for Days of Our Lives — and all of the other daytime dramas — delivered straight to your email inbox by signing up for Soaps.com’s newsletter.

Ava Reveals Her Connection To...