Ava Makes Steve an Offer That Only Kayla Can Accept

Monday, December 7, 2020: Today on Days of Our Lives, Philip and Chloe catch up, Steve has a lot of information to process, and Xander and Sarah take advantage of the moment. 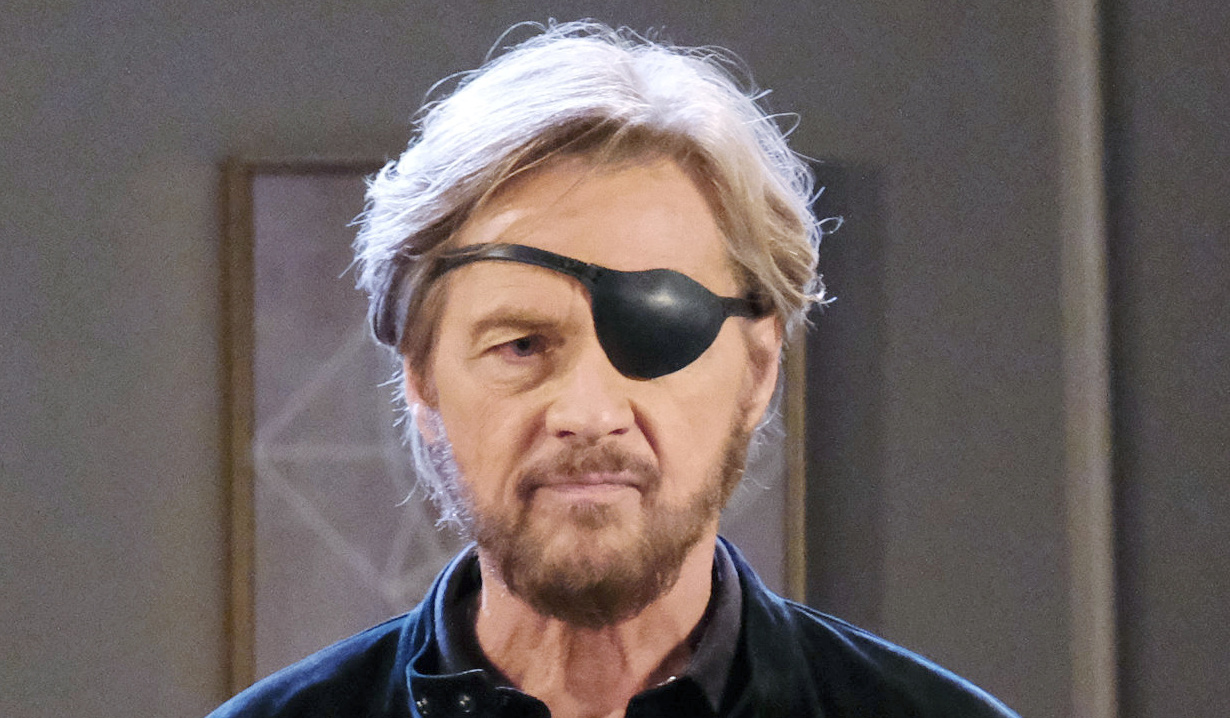 Philip embraces Chloe in the Square. They catch up about her job at Basic Black and his co-CEO situation with Xander, noting they’ll be professional rivals. Chloe recalls he was getting close to Mimi the last time she saw him. She asks how things are with them, but Philip changes the subject back to her. After Chloe talks about Parker, she demands to know what happened between him and Mimi, considering he dumped her for Mimi. Philip says he freaked out when things started getting serious between him and Chloe. He didn’t want to get hurt again. He further explains he and Mimi used to go to poker parties. Looking back, he should have said no to them because he lost all he had and then lost money he didn’t have. When pushed, he declines saying more about his troubles. Chloe respects that, but offers a shoulder for him to lean on if he needs one. She tells Philip she’s working with Brady now and hopes they can all be friends. She recalls how Brady and Philip used to fight over her. They agree, “Those were the days.” Philip walks Chloe to her room in the hotel, but reminds her, with a smirk, that tomorrow they will be ruthless competitors. 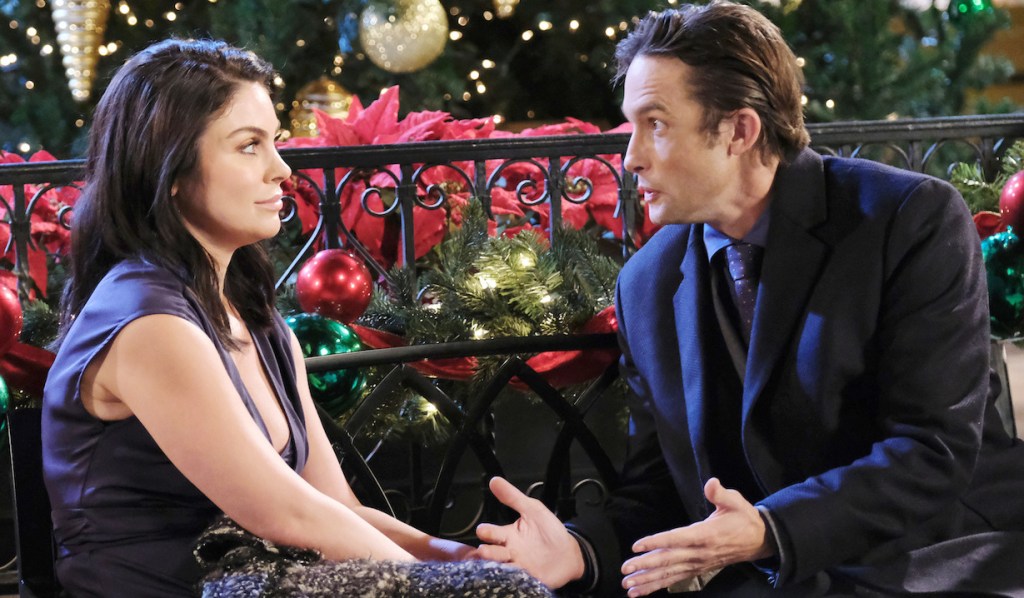 More: The twist that could save the Tripp/Allie storyline

In Xander’s hotel room, Sarah gleefully tells an impressed Xander she downloaded Philip’s files. Xander looks through them. He can see the transaction information, just not the recipients’ names. He’ll need more than that to convince Victor Philip is cooking the books, but this proves they’re on the right track. They decide they shouldn’t waste the opportunity to be alone and start making out. In bed after having sex, Xander wonders if he can keep this up. He doesn’t like being away from her. As Sarah gets dressed to leave, she points out it won’t be for much longer. Xander pulls her to him and says, “It better not be.” Once she’s gone, Xander looks at the files and declares he’ll nail Philip’s ass to the wall.

In the Square, Philip spies Sarah sneaking out of the Salem Inn. He says to himself, “What was that Dr. Horton? A house call?”

At Brady’s Pub, Abe fills Roman in on Lani and Eli’s situation. He then apologizes for not being able to charge Tripp. Roman knows it’s out of his jurisdiction. Abe asks how Allie is doing. Roman relays she’s not in a good place and worries she might snap. Kayla approaches them and tells them she asked Steve to have Tripp move out. She wonders how that conversation is going. 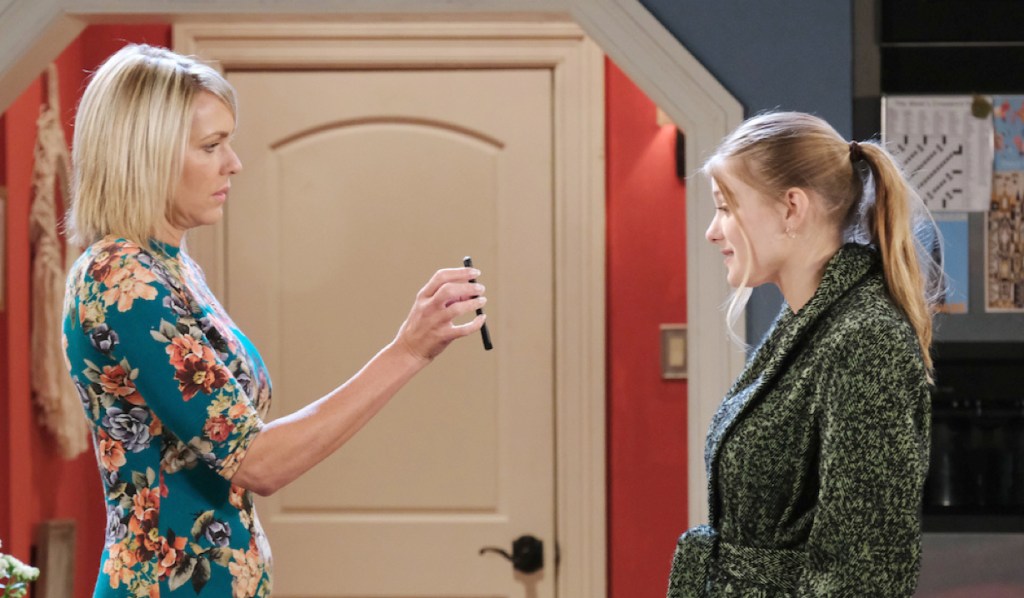 More: 10 of the most toxic soap marriages

Nicole reels at home upon hearing Allie pulled a gun on Tripp. She gets an even bigger shock when she hears Tripp’s mother was there. She shows Allie a photo of Ava, asking if it’s the woman she saw. Allie confirms it. Nicole says, “Salem really needs to hire a new coroner,” and then fills Allie in on Ava’s presumed death. Nicole assumes she’s alive because of Rolf and remembers seeing the initials A.V. when she was is in the warehouse. Nicole explains they used to be friends, but now she wants to call the police so Joey can be released from prison. Allie is worried if Ava is arrested, Ava will turn her in for threatening Tripp. Nicole has an idea and calls Abe to come over. When he arrives, Abe is shocked to learn Ava is alive. Nicole stops him from calling the cops by telling him about Allie threatening Tripp. Allie says if Ava is arrested, she’ll be too. Abe supposes they’ll just have to wait and see what Ava does next. They agree it’s a scary thought and Nicole thanks Abe. 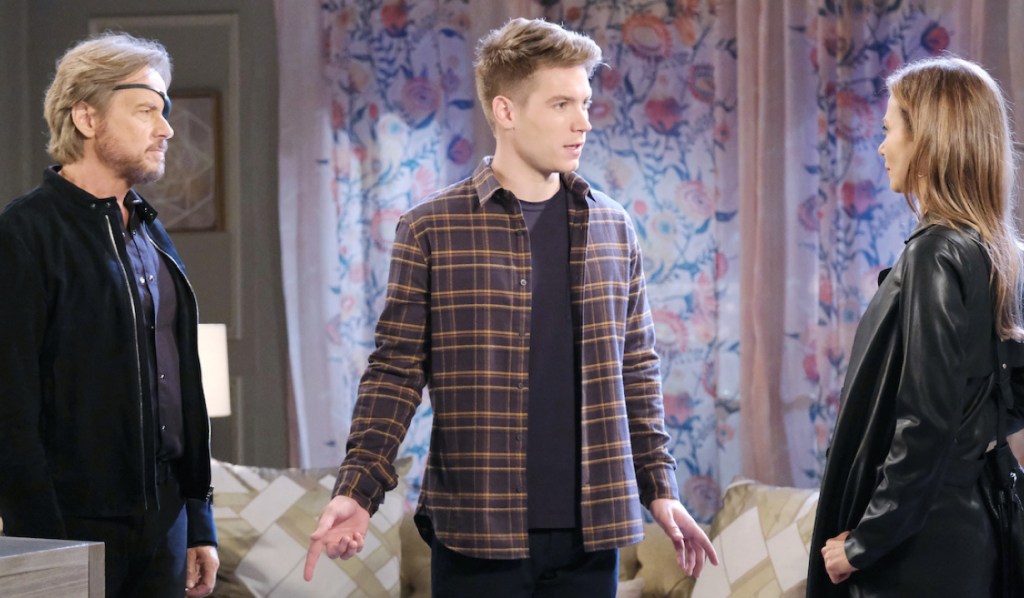 Steve bursts into his place to find Ava with Tripp. Ava is all smiles, but Steve says, “My God, I wish you were still dead.” After Ava makes snide remarks, Tripp tells her nothing about this is funny, so she should lose the attitude. She points out Steve should be happy she’s back. Steve realizes that Joey can go free now. He wants to take her to the station, but Ava says there’s something they need to discuss first. She’ll help get Joe out of prison, but warns if the cops find out she’s alive, she’ll retaliate. Steve reiterates that he wishes she were still dead. Tripp doesn’t because if she hadn’t shown up, Allie would have shot him. Steve looks shocked and grabs a beer while processing the latest information. Ava promises if Steve makes the charges against her go away she won’t turn Allie in. Steve reminds her Kayla was her victim, not him, so that’d be her call. 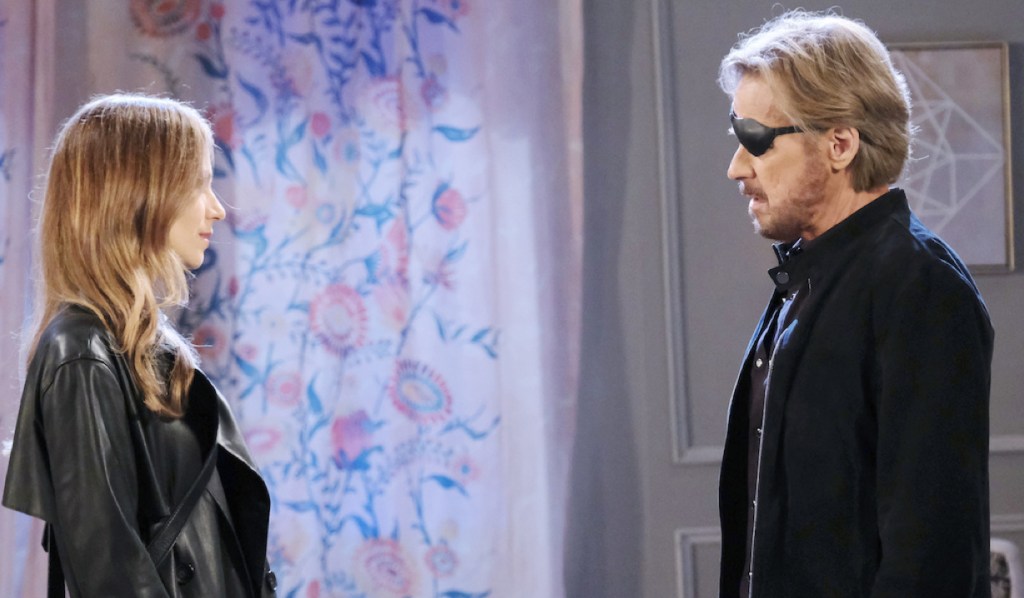 Next on Days of Our Lives: Gwen has a meltdown and Rafe gets an offer.

After looking through our fun photo gallery of soap stars and their doppelgangers, get your free daily soap-opera fix for Days of Our Lives — and all of the other daytime dramas — delivered straight to your email inbox by signing up for Soaps.com’s newsletter.

Ava's Back From the Dead Status...

Jennifer Is Shocked To Find an...