Thursday, December 3, 2020: Today on Days of Our Lives, Brady gets a job and a surprise, Eli and Lani grow further apart, and Tripp makes a confession. 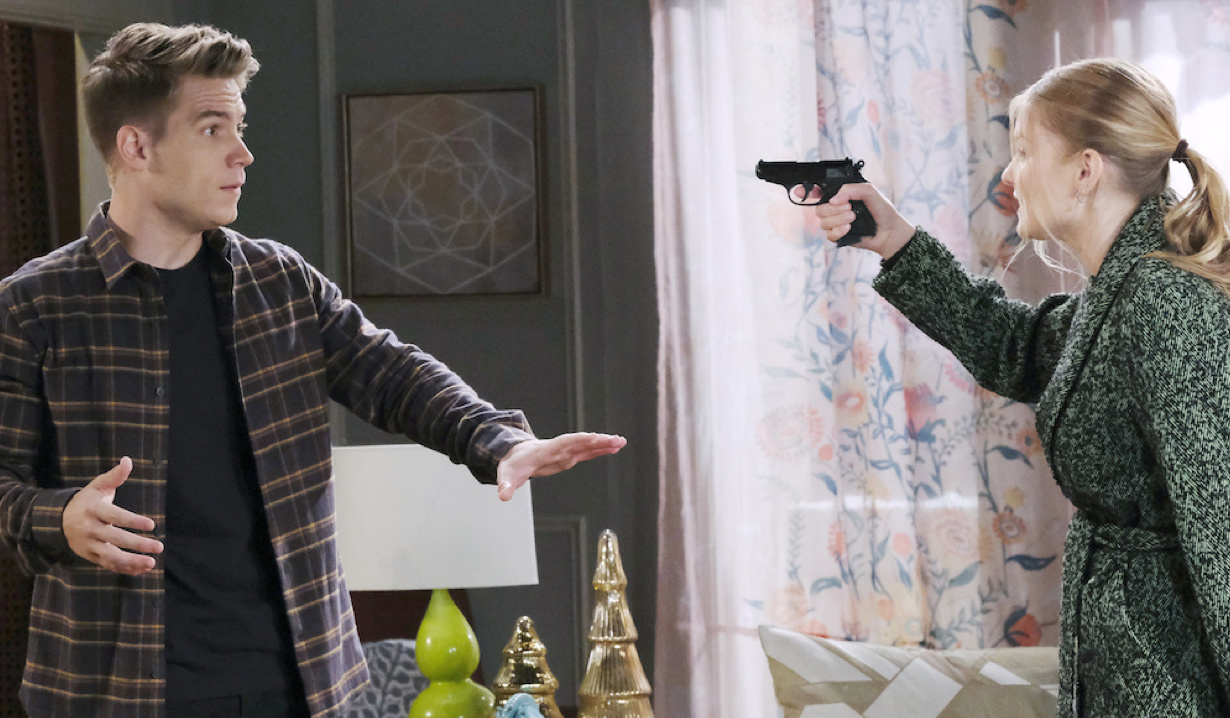 Brady stops by Nicole’s place. He wants to come back to work at Basic Black as her partner. She smirks and says, “I don’t think so.” She recalls how he left her high and dry when he went back to Titan to settle his score with Victor. He knows he screwed up, but he wants to make it up to her. Brady reminds her of how successful they were as partners. She agrees, but insists she’s fine going solo. Brady counters she has a lot on her plate and he can help her take Basic Black right to the top. Nicole eventually agrees to let him come back, but tells him she hired someone in a pretty big role. It’s someone he knows. There’s a knock at the door. Nicole says that’s probably her and opens the door to Chloe. 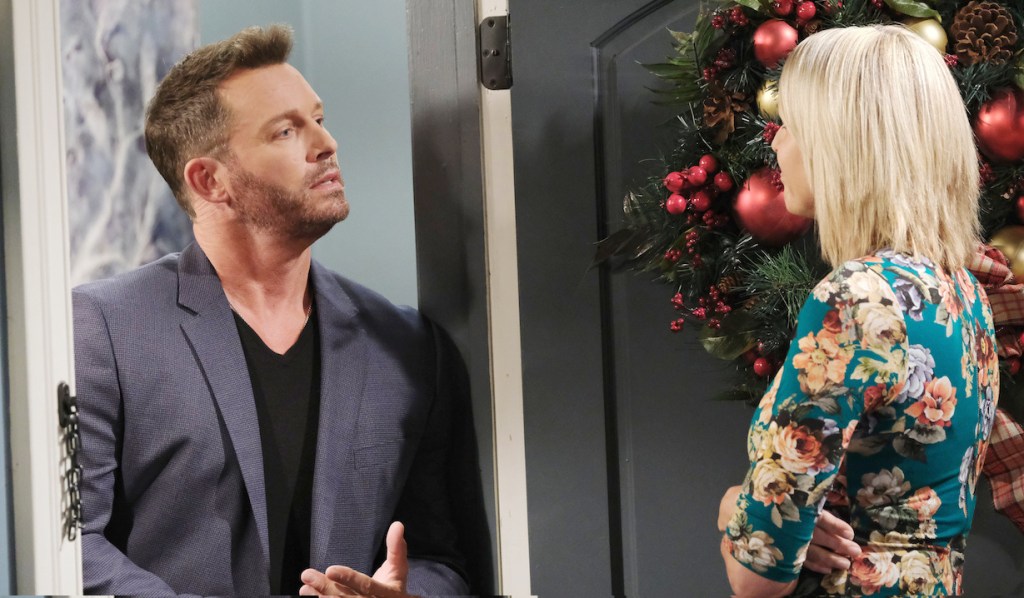 In the Square, Steve tells Lucas that Henry is a beautiful baby, but he’s not his grandson. Lucas spits out the London authorities are not pressing charges against Steve’s rapist son. Steve is relieved it’s over. Lucas says it’s not over for Allie. The men argue. Lucas reminds Steve that Tripp is not only his son, but Ava Vitali’s. That means he is capable of anything. Steve again defends his son, calling him a good person. Lucas points out he’s the only one who thinks Tripp is innocent, so it’s on him if his family is being torn apart. 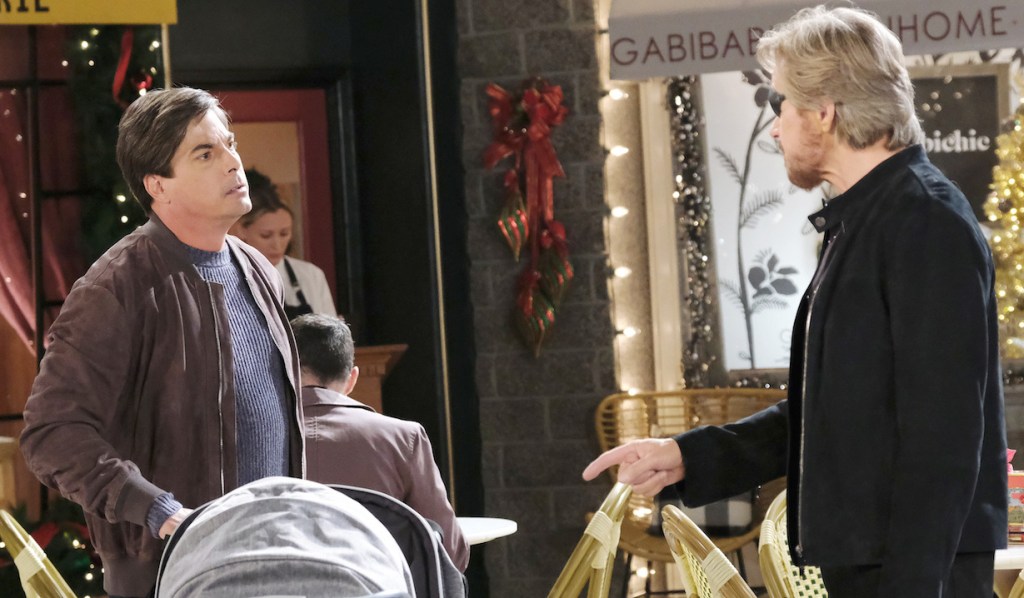 Eli crashes Lani’s doctor’s appointment with Kayla. Lani is not thrilled he’s there, but Eli reminds her the babies are his too. Kayla has Lamaze schedules — one for Lani and one for her coach. Eli grabs one. Lani wonders what he’s doing. He declares he’s her coach, but she doesn’t think so. Kayla leaves them to sort things out. Alone, Lani tells Eli she’ll find someone else to be her Lamaze coach, but, oh, wait, it can’t be her best friend because Eli sent Kristen to prison. Eli shouts that he’s tired of her throwing that in his face. If he could do it all over again he would do the exact same thing. He wasn’t wrong then and he’s not wrong now. “You are,” he says. Lani can’t believe he wants to be her Lamaze coach and talking to her this way. He backs off, agreeing she should find a new coach. It’s not good for them to be around each other right now. Eli informs his wife he will be there when she gives birth though. Even if she doesn’t want to be married to him anymore, those will always be his children. 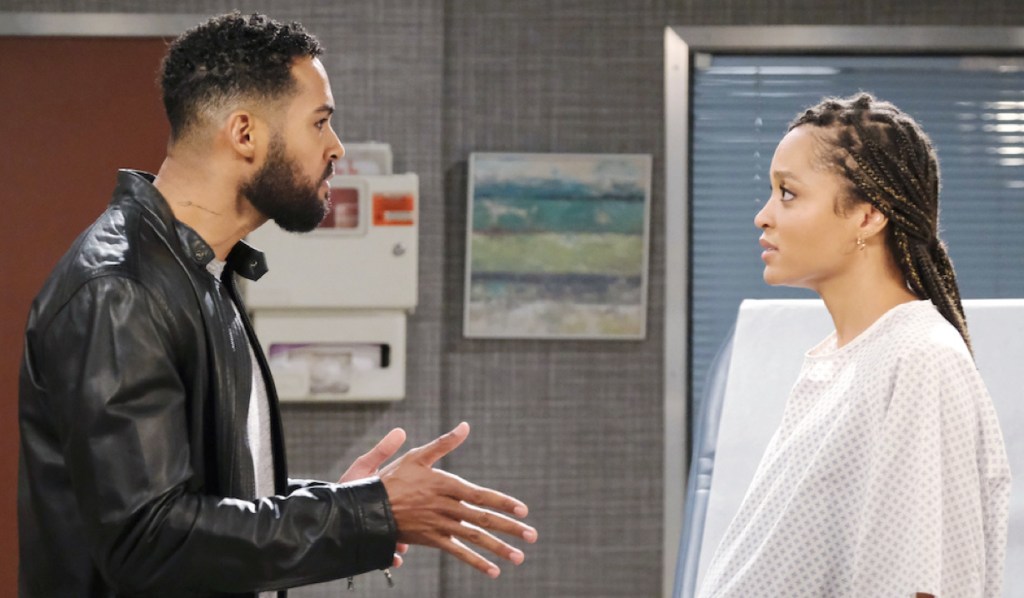 Steve finds Kayla at the nurses’ hub. He tells her the London authorities aren’t pursuing the case against Tripp. Steve can see she’s disappointed, but tells her it’s over. They have to learn to live with it together. She thinks it’s time for Tripp to move out.

In the prison visitors’ room, Ava sees the news about Tripp being an accused rapist. She needs to get to her son. Kristen reminds her she could go to prison if someone catches her. Ava doesn’t care what happens to her. She needs to put her son first. Kristen points out Tripp isn’t being charged, but Ava doesn’t think it matters. The damage is already done. Being labeled a rapist could ruin his life. He needs her. Kristen reminds her that Tripp doesn’t even know her, which means he could turn her in. 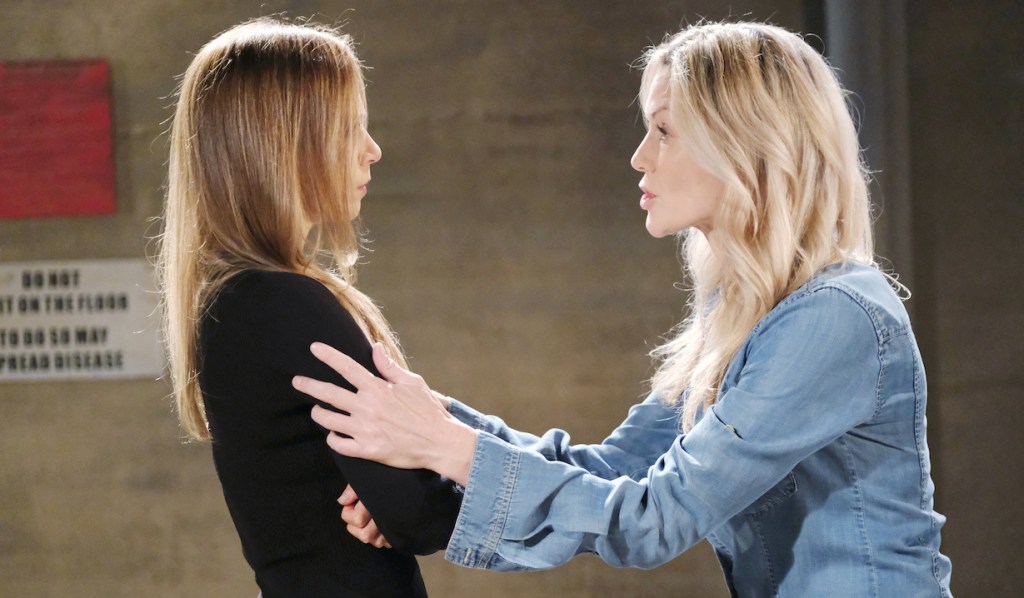 More: Anna and Tony are headed back to Salem

Allie pulls a gun on Tripp after he opens the door to her. She wants him to face up to what he did; he can start by telling the truth about that night. Tripp sticks to his story, but Allie angrily reminds him the DNA test proves Henry is his son. Their debate grows more heated with Allie waving the gun around. Tripp tries to keep her from shooting him by admitting they slept together, but it only makes her more upset. Tripp decides it’s not worth it and declares they didn’t have sex and he never raped her. She says she’s not going to kill him. Instead, she’s going to do what her mom did. She tells Tripp how Sami made sure her attacker could never rape anyone again. Tripp nervously asks how she did that. “She shot him in the groin,” Allie calmly explains. “Which is exactly what I’m going to do to you.” She lowers her aim. As she’s about to fire the gun, Ava bursts in and disarms her. Ava points the gun at Allie and says, “Get the hell away from my son.” Shocked, Tripp says, “Oh, my God. Mom?”

Next on Days of Our Lives: Philip catches Sarah.

Now that she’s back, find out why we think Chloe and Philip should be together in the photo gallery below. If you haven’t yet, get your free daily soap-opera fix for Days of Our Lives — and all of the other daytime dramas — delivered straight to your email inbox by signing up for Soaps.com’s newsletter. 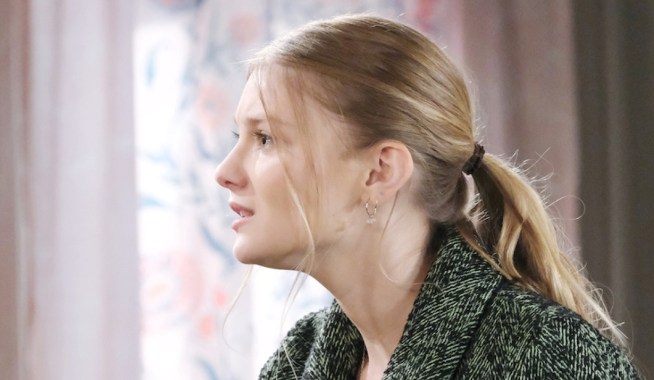 Allie Channels Sami After She Gets Bad News From London

Ava's Back From the Dead Status Doesn't Stay Secret for Long 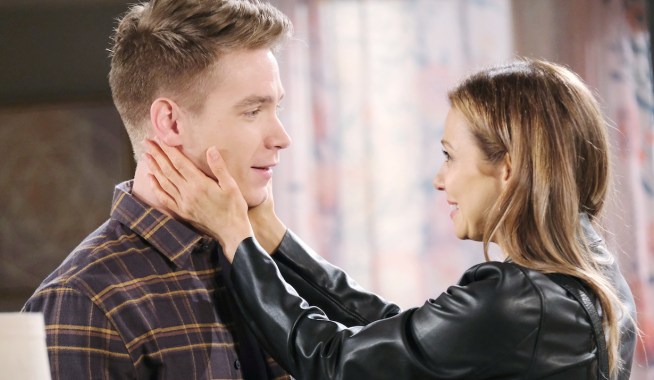