Wednesday, November 25, 2020: Today on Days of Our Lives, Gwen uses Jake and Kate to her advantage, Chad has a nightmare, and Jack is alone on Thanksgiving.

Gwen is upset to find Jake and Kate asleep in each other’s arms in Jake’s workshop. She thinks she can use it to her advantage though and slips out. Kate wakes up on a cot wondering how this happened. They have beautiful clean beds in the house. Jake reminds Kate she’s trying to keep Chad from finding out about them. They get playful as they talk about Thanksgiving and sprucing up the place.

More: Everyone that is returning to Days this winter 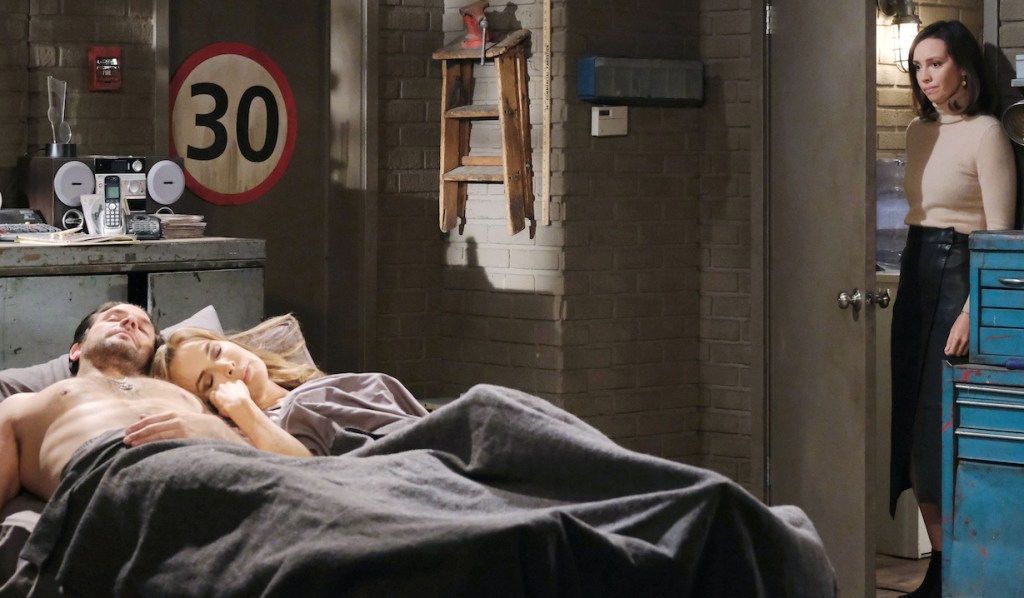 Chad startles awake after having a dream about Abigail and Jake having sex. He calls out for Abby wondering where she is. Downstairs, Gwen finds Abby in the living room. Abby needs to see her mother before Thanksgiving dinner considering they haven’t spoken since the party. Gwen heads upstairs to Chad’s room. She says she’s looking for Abigail, but Chad doesn’t know where she is. He tells her about his dream. He can’t help thinking about finding Abigail with her head in Jake’s lap. He worries she was really drunk and thought Jake was… He trails off. Gwen knows Abigail loves him. She’d never screw it up for a nobody like Jake. Chad believes they’re solid, but wonders why she tiptoed out of there this morning.

More: The primetime soap’s twist everyone is talking about 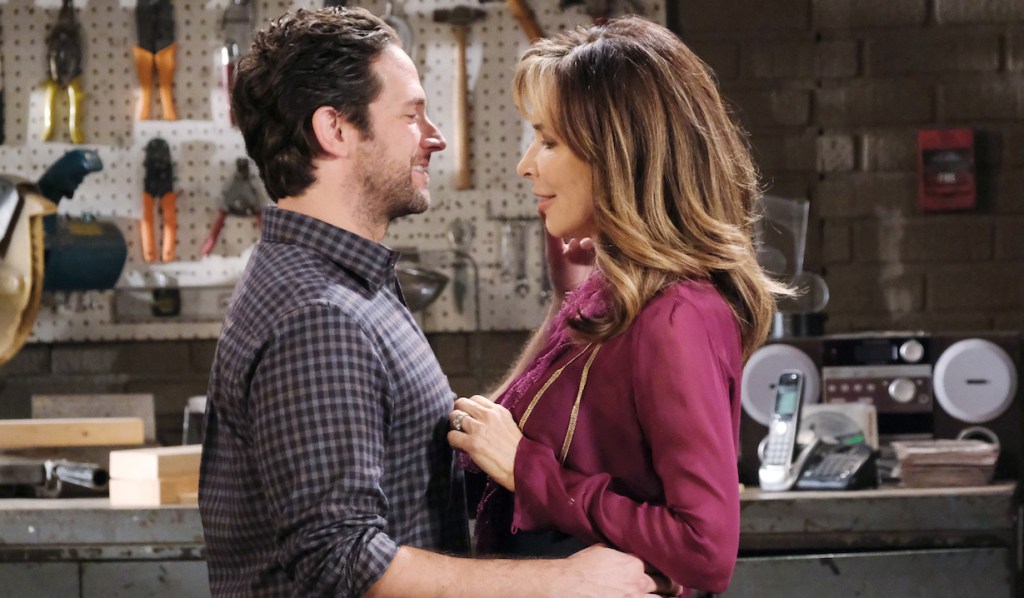 As Jake and Kate get dressed in the garage, they hear Chad call out. He asks if Abby is in there. Kate hides as Jake lets Chad in. Chad looks around and sees the cot. He asks if Jake’s sleeping there. Jake says he’s been working on Stefano’s old Maserati and stays there when he’s working late. They bicker about work and Chad leaves. Kate reappears, wondering if Jake is serious about climbing the corporate ladder. Jake confirms he is. He then tells Kate Gwen knows about them. Kate panics, but Jake thinks Gwen is too preoccupied to worry about them. Kate leaves for Thanksgiving at Nicole’s with Philip and Lucas, but returns with a plate of food for Jake.

In JJ’s hotel room, Jennifer tells her son she can’t get into the Thanksgiving spirit this year. Abigail knocks on the door. JJ lets her in and she and Jennifer embrace. Abby apologizes for what happened, but Jennifer insists it’s not her fault. Abigail asks if Jenn and Jack will be able to work things out. Jennifer doesn’t want to focus on that. She has too much else to be grateful for, namely her kids and grandkids. 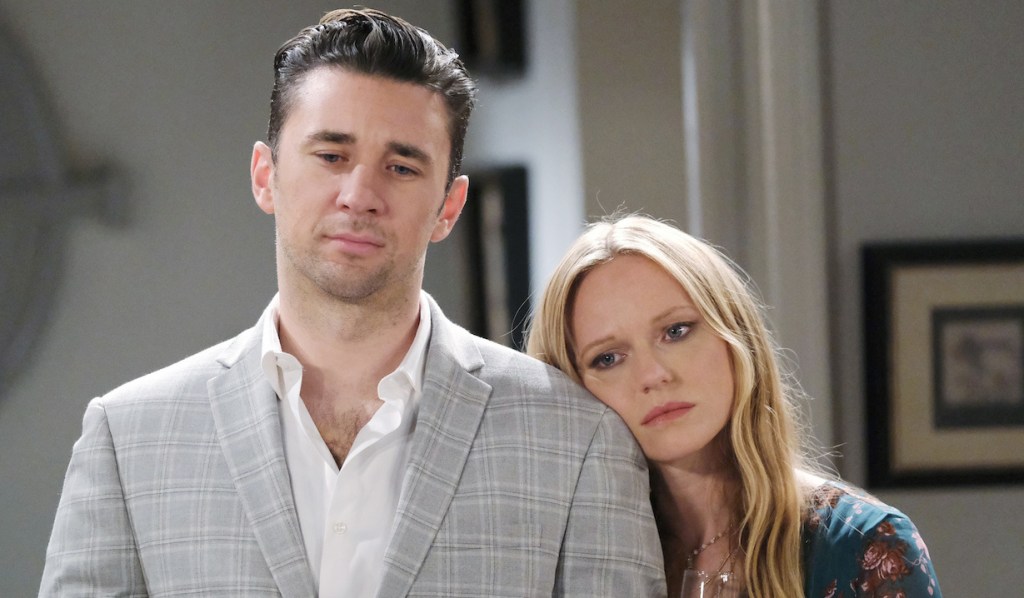 Abby returns home, as Gwen packs the kids’ things for Thanksgiving. Abigail invites her along. Gwen wonders if she should invite Jake as well since he’ll be all alone. She thinks it could help Chad and Jake get along. Chad returns and Gwen leaves to get the kids. Abigail explains she went to see her mother this morning and then asks about inviting Jake to dinner. Chad says, “Absolutely not.” He wonders why she would even ask. Abigail is worried he’ll be alone, but a frustrated Chad retorts he’s alone because he’s an arrogant ass.

More: The onscreen death that buried a Days supercouple 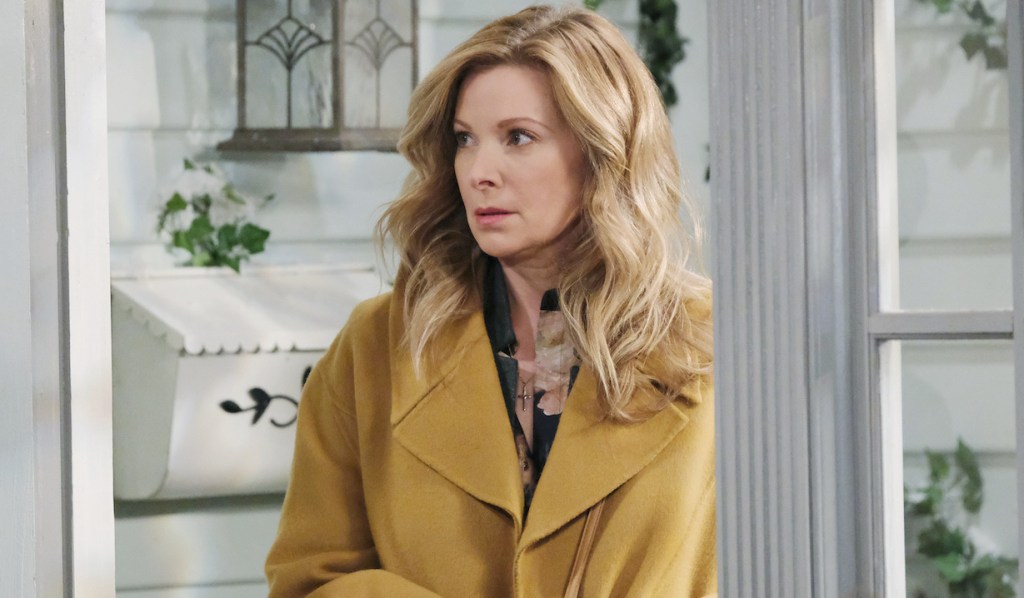 At Julie’s, Jack arrives with flowers, but she slams the door in his face. Jack forces his way in and gets an earful from Julie about what he did to Jennifer. Jack explains he came to apologize to her and Doug for hurting Jennifer so deeply. After an emotional plea, Julie accepts his flowers and apology. Jack wonders if Jennifer could understand and forgive him as well. She knows Jennifer still loves him and that their kind of love always finds a way. As Jack starts to leave, he opens the door to Jennifer. Julie asks Jennifer if Jack can stay. Alone, Jennifer lets Jack know that’s not an option. 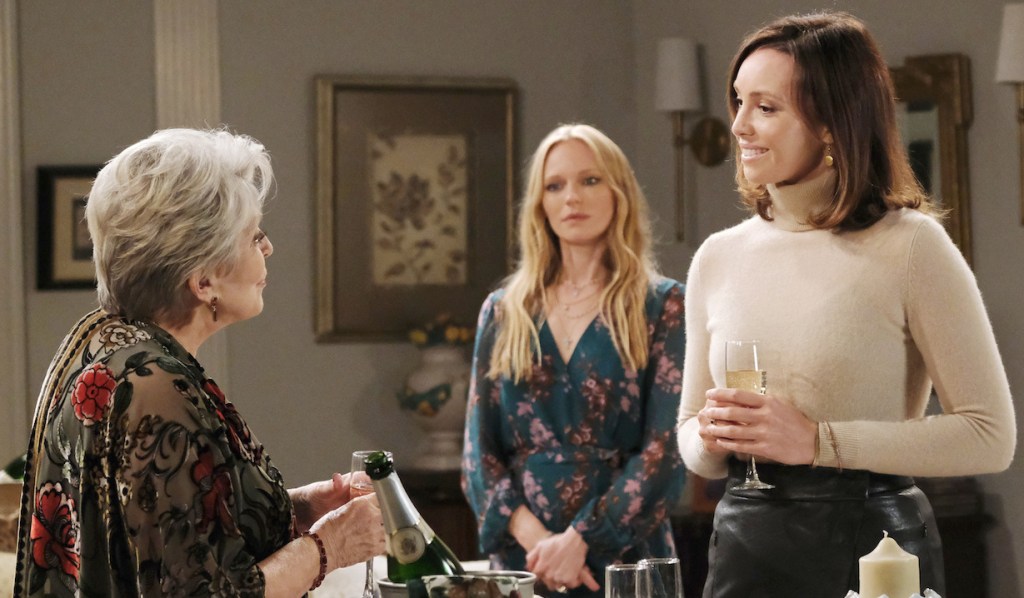 When the DiMeras arrive at Julie and Doug’s, Gwen asks if Abigail invited Jake. Abby relays Chad wanted no part of it. JJ approaches and Gwen steps away for a drink. JJ thinks he’s lost his touch. Julie tells Gwen she feels like she’s seen her before. Gwen flashes back to drugging Abigail’s drink at Julie’s Place, but says she must just have one of those faces. Doug and Jennifer join the group as Julie makes a toast about coming together in times of pain. Doug raises a glass to the people who can’t be there. After dinner, Doug and Julie sit alone on the couch. Doug gushes about what he’s grateful for and how madly in love he is with her. They kiss. On Jennifer’s way out, she looks at Jack’s flowers.

More: Are you team Lani or Team Eli? 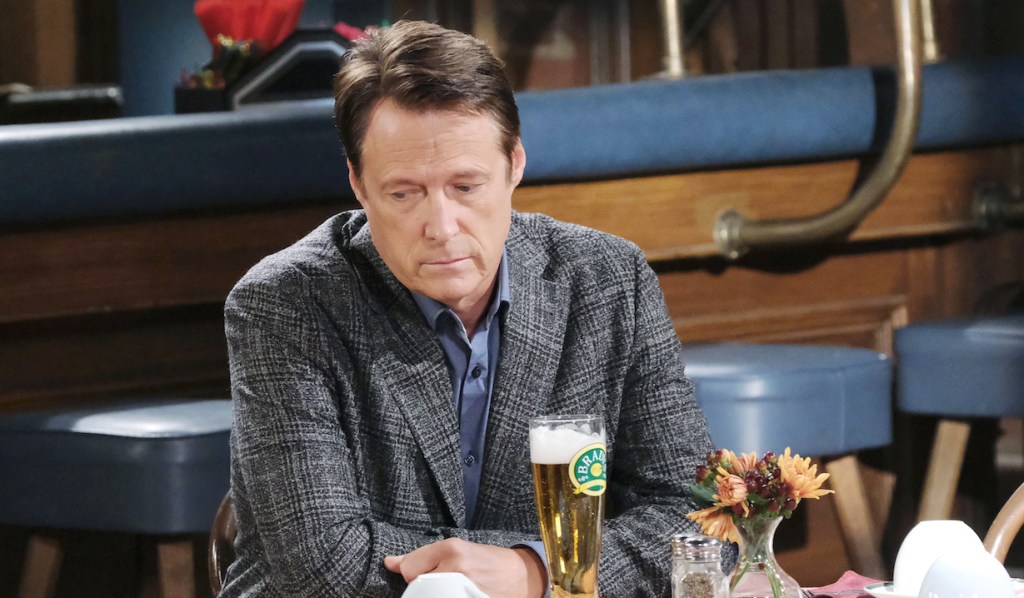 Back at the mansion, Gwen thanks Chad for not inviting Jake to dinner. She lies that Abigail was set on having him there, but she couldn’t talk her out of it. She leaves as Chad fumes.

Jack sadly drinks a beer alone in Brady’s Pub. JJ shows up with a piece of Jennifer’s sweet potato pie. Abigail enters and asks if there is room for one more.

Next on Days of Our Lives: The NBC soap will be pre-empted on Thanksgiving but will return Friday with a new episode. In the meantime, you can peruse photos of the soaptastic stuff for which we’re most grateful in 2020 here. And get your free daily soap-opera fix for Days of Our Lives — and all of the other daytime dramas — delivered straight to your email inbox by signing up for Soaps.com’s newsletter. 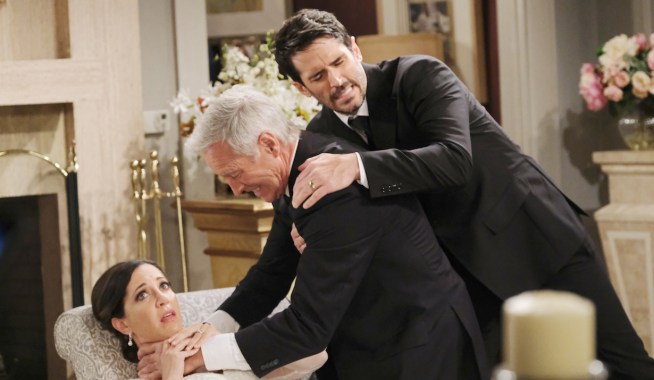 Rafe and Gabi Return to Salem, and Gabi Gets an Eyeful When She Goes Looking for Jake 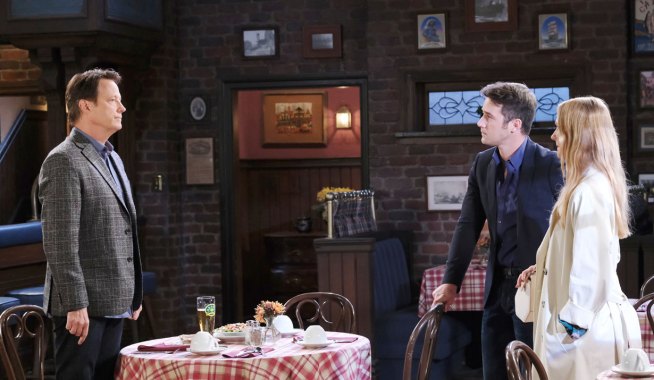