Shawn and Belle’s Wedding Is Filled With Fake Snakes, a Sweating Charlie and a Heavily Veiled Bride

Friday, November 20, 2020: Today on Days of Our Lives, Shawn and John grill Charlie, Xander and Sarah stake out Philip and Ava, and Shawn gets a shock at the altar. 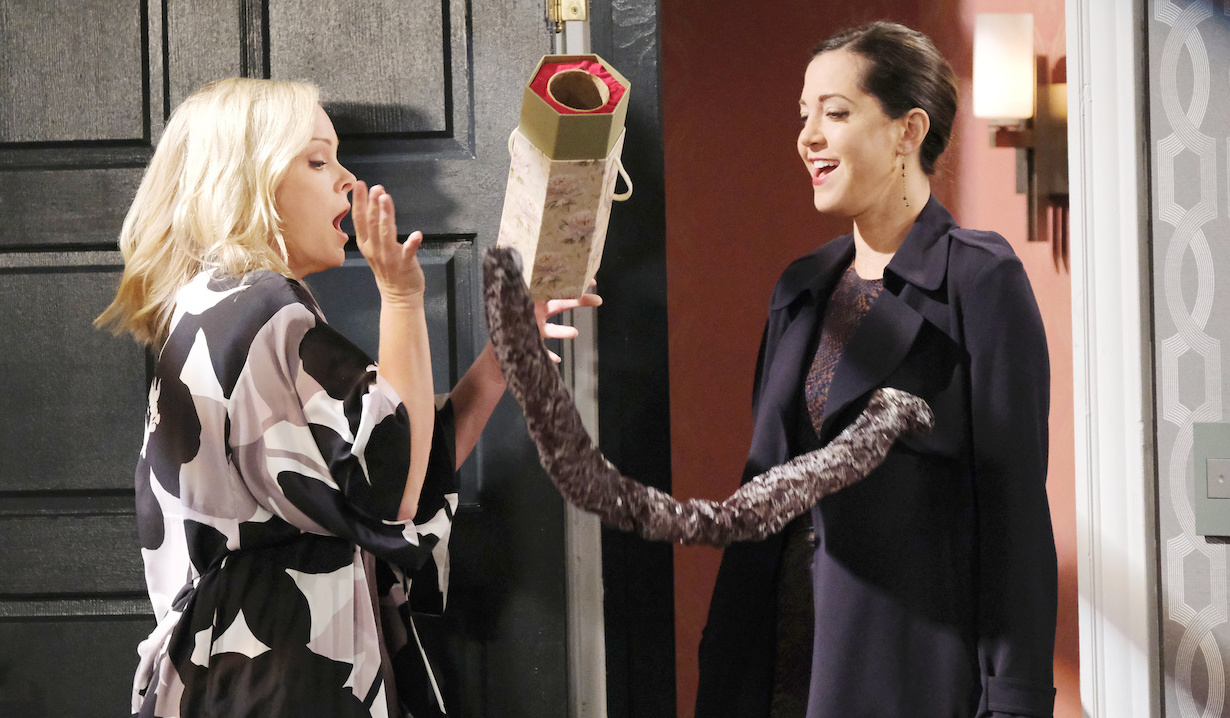 Sarah hides as Ava opens her door to Philip. Sarah snaps a photo with her phone as Philip enters her place. Inside, Ava and Philip commiserate over unrequited love. Ava mentions she saw Tripp. She’s not sure how much longer she can stay in hiding. Philip suggests she leave town. Ava needs to make sure she can trust him first. He needs to find a way to neutralize Xander or else she will. Philip counters they can use Sarah against Xander instead of killing him. He can push Xander’s buttons until he does something stupid. Ava doesn’t care how he does it, he just needs to get rid of Xander. Philip wants to make it clear that once he is able to launder her mob money and he pays off his debts, she’ll leave him alone. Ava raises her glass, smirks, and says, of course. 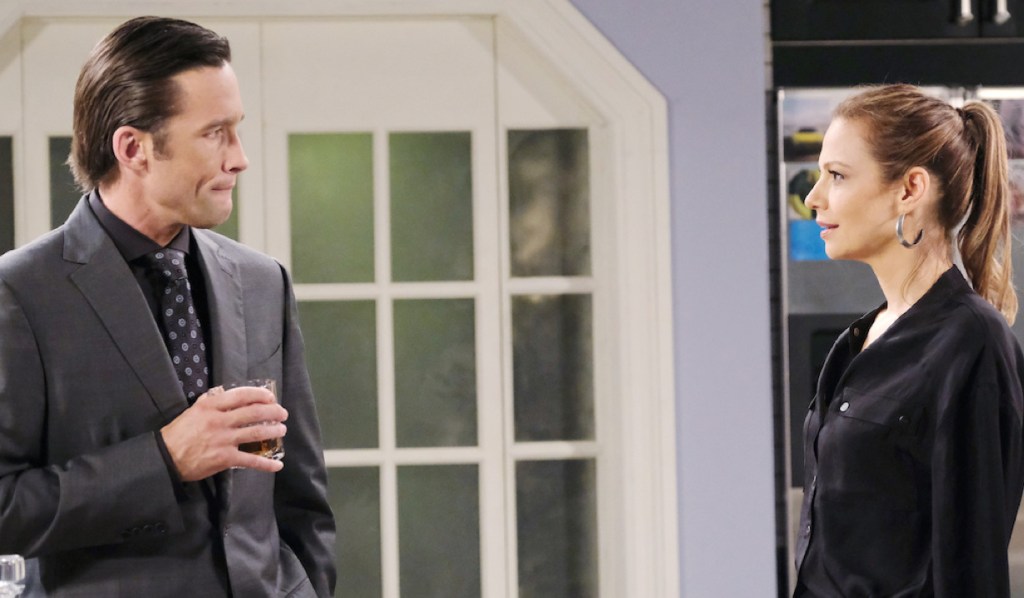 At Julie’s Place, Claire invites Charlie to her parents’ wedding. When he hesitates, Xander jumps in, “He’d love to go.” Charlie confirms. Xander tells Claire to make sure she tells Pop Pop who made this date happen. Claire says she’ll meet Charlie there and leaves. Charlie sits down and panics about meeting the family. An exasperated Xander talks him up, assuring him he’ll do great. Charlie calms down, believing he’ll be fine. Xander smirks, he’s counting on it. He reminds Charlie to keep an eye on Philip for him, before the intern leaves. Sarah arrives and shows him the photo she took of Ava, who she didn’t recognize. Unfortunately, the photo is a blur. Xander searches the apartment online and learns it is owned by someone named Fred Nakamura. They don’t know if that means anything. Xander says he’ll stake out the apartment and break in to find proof against Philip. Sarah runs off to get his favorite biscuits for their stakeout. He agrees she can come along as long as she does exactly what he tells her to. She agrees. He thanks her for believing in him. She wishes she did it from the beginning. She assures him they’ll take down Philip together. 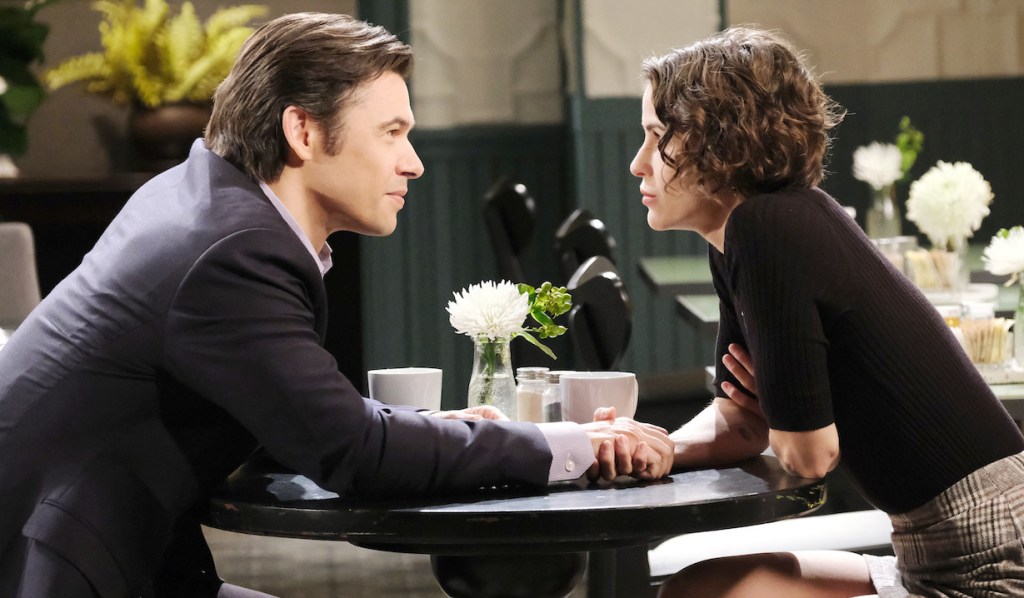 Xander and Sarah lurk as Philip leaves Ava’s apartment. Xander can’t get a good look at Ava but her voice sounds familiar. Sarah asks what now? He says, “Now we wait.”

More: Galen Gering excited to be back at Days 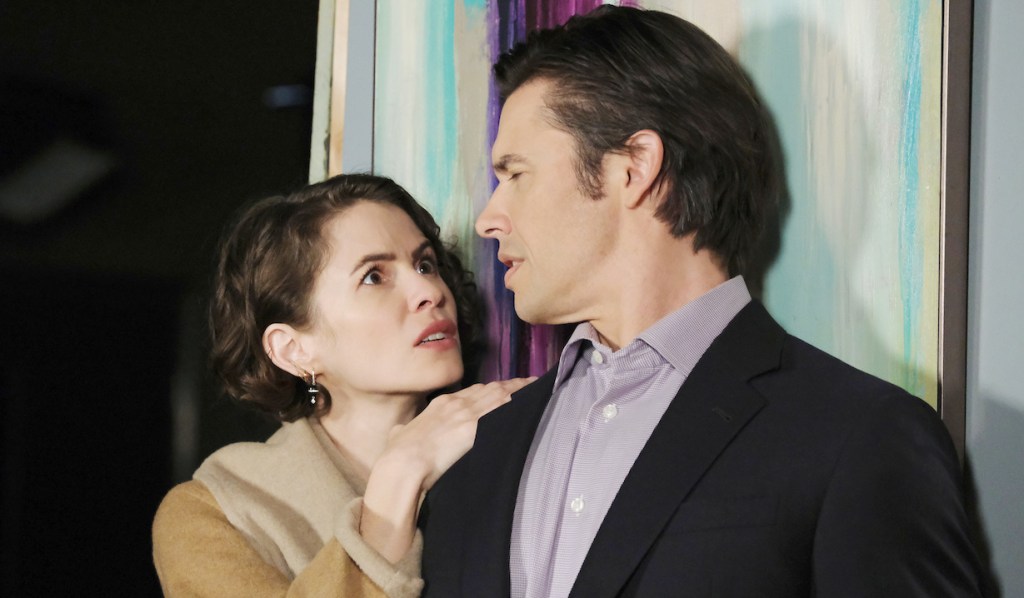 Marlena runs into Brady walking with Rachel in the Square. He’s surprised to hear Belle is getting married today. He saw her voicemails, but didn’t listen to them. He asks if Sami, Eric, or Paul will be there. Marlena says it was too short of notice for them to come. Besides, Belle still isn’t speaking to Sami for bringing Jan back. Brady says he’ll get a sitter for Rachel and will be at the wedding.

More: Days villain on their way out 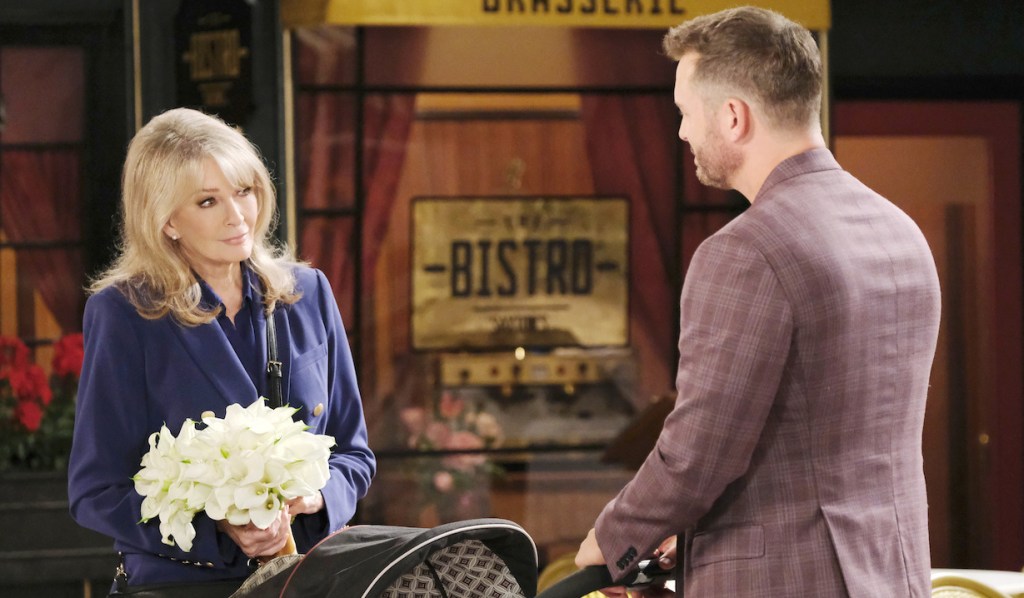 Jan surprises Belle in her hotel room. She gives her a wedding gift. Belle refuses it and the women bicker over their past. Jan just wants a second chance like Claire got. Belle reluctantly takes the cylinder-shaped box and opens it. Prank snakes pop out. Jan laughs and then pulls a gun. As Jan’s about to pull the trigger, Claire knocks on the door. Jan keeps the gun on Belle as she opens the door. She tells Claire to go to Shawn and ask about a bracelet. She adds that she’s nervous and wants to get ready alone. She tearfully tells Claire how much she loves her and shuts the door. A confused Claire stands in the hallway, as Brady appears. He reassures Claire regarding her mother and offers to give her a ride to the wedding. Back inside, Belle lunges at a ranting Jan. 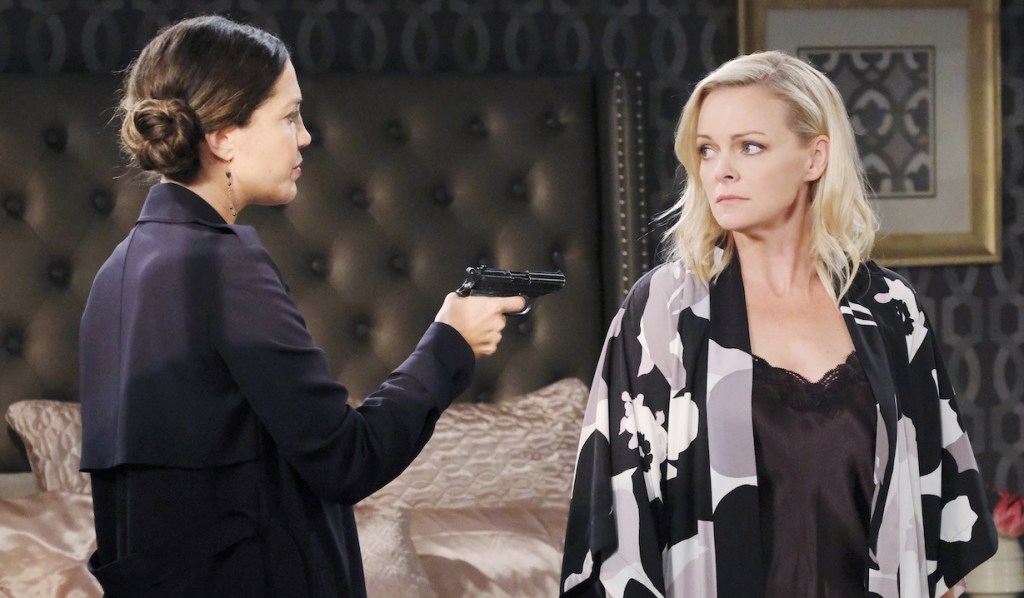 At John and Marlena’s, Shawn wishes more of his side of the family were there. John says they’re his family and always will be. Charlie shows up and meets John and Shawn. The men give him the third degree about dating Claire. After sweating Charlie some more, Shawn tells him they are very protective of Claire. Charlie understands, vowing to never hurt his daughter. Claire and Brady show up and find a nervous Charlie alone in the living room. Claire notices he’s sweating. After he meets Brady, Charlie tells Claire how John and Shawn ganged up on him, but assures her this is the only place he wants to be. They run off to the car to grab something, as Shawn asks Brady to be his best man. Later, Shawn gets a message that Belle is parking her car. John heads to the hallway as a woman, wearing a wedding dress and a very thick veil covering her face, approaches. John brings her inside. When Shawn sees her, he says he can’t wait to marry her. He lifts the veil and sees a beaming Jan. She says, “Neither can I.” 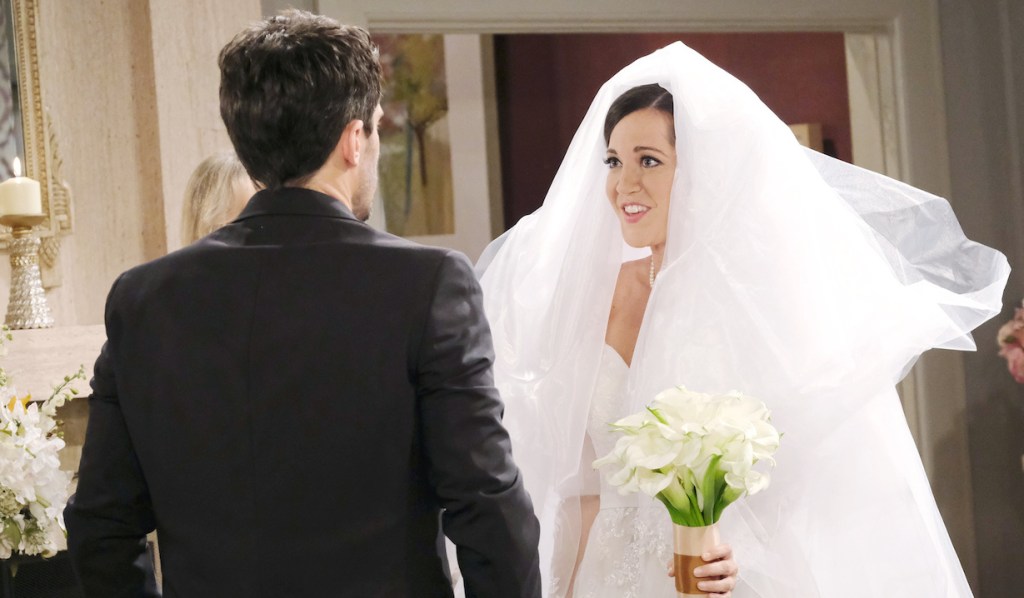 Next on Days of Our Lives: Shawn’s shocked by Jan’s demand.

See Linsey Godfrey and more soap stars’ stunning new looks in our photo gallery below. Get your free daily soap-opera fix for Days of Our Lives — and all of the other daytime dramas — delivered straight to your email inbox by signing up for Soaps.com’s newsletter.

Shawn and Belle Prepare for a...

Brady and Eli Are Shocked by What...

‘My Rembrandt’ Review: An Alluring Documentary Portrait of the People Who Own Rembrandt Portraits