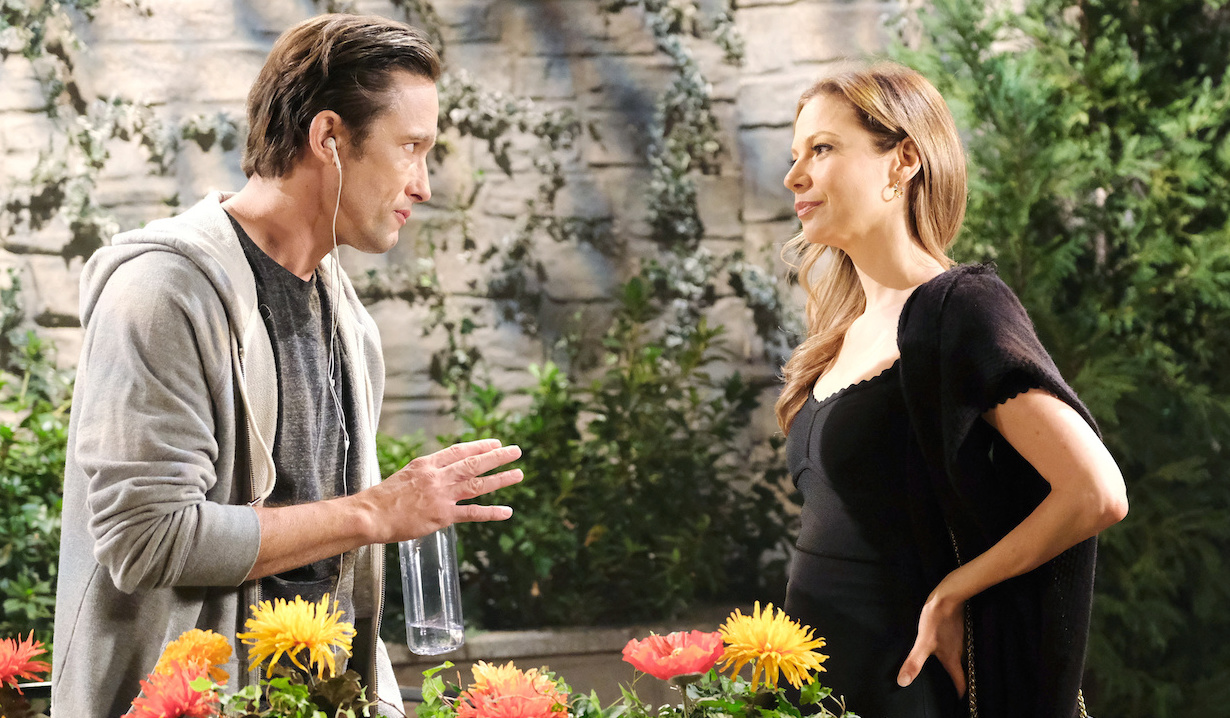 At home, Steve gets a call from Justin. After hanging up, he relays to Tripp that Trask won’t prosecute him for rape since it happened outside her jurisdiction. Steve thinks this is good news, but Tripp knows this won’t change anyone’s perception about him. Steve thinks they should be grateful. If he went to trial he could be convicted. Tripp just wishes none of this ever happened. Steve reminds him that he believes him. He knows Tripp is a good man and could never do what Allie is accusing him of. Tripp tears up as he thanks his dad. Tripp wishes he could convince other people, especially Kayla, that he’s telling the truth. Steve says Kayla loves him. Tripp knows, but she’s not his mom. 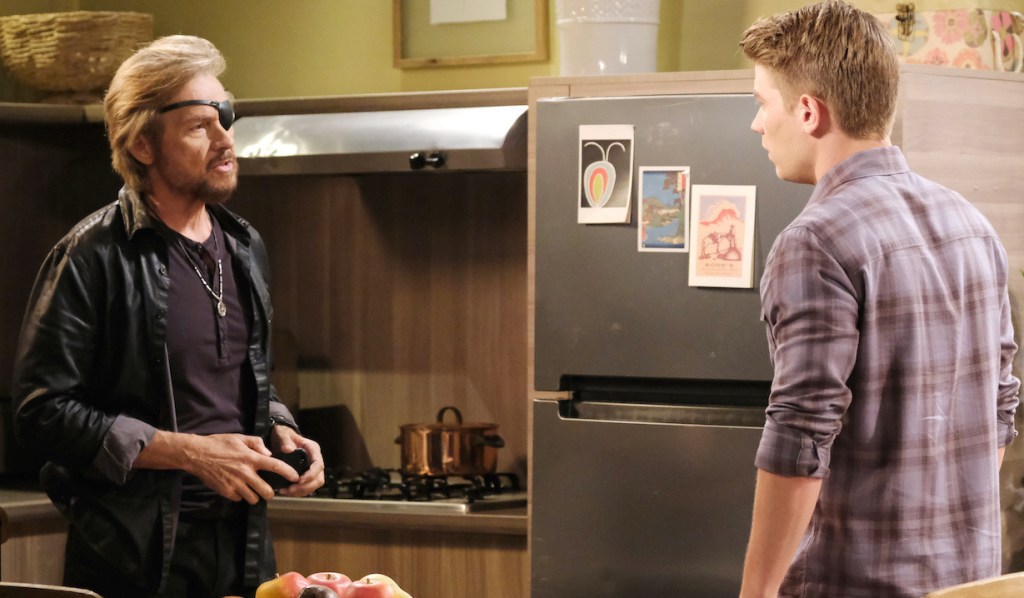 More: Revisiting The City and what could have been

Melinda drops by the apartment to tell Allie she can’t prosecute her case because the rape didn’t happen there. However, she can send all the information she has to the London authorities who can prosecute him, but only if Allie wants her to. Allie will think about it. Alone, she recalls Tripp defending himself against her claims. She picks up Henry when he cries and looks at Melinda’s card. 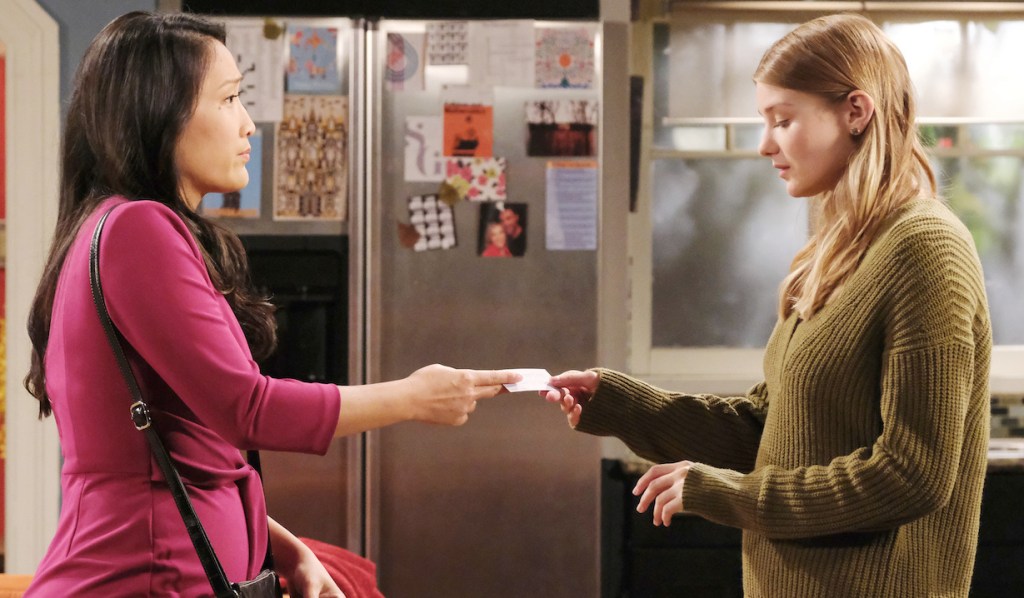 Tripp runs into Melinda in the Square. After they talk about Haley, Tripp thanks her for dropping the case against him. She says she only did because she had no choice, but she could forward the case to the authorities in London if Allie asks her to.

Tripp visits Allie at home. He asks her not to pursue the case in London. 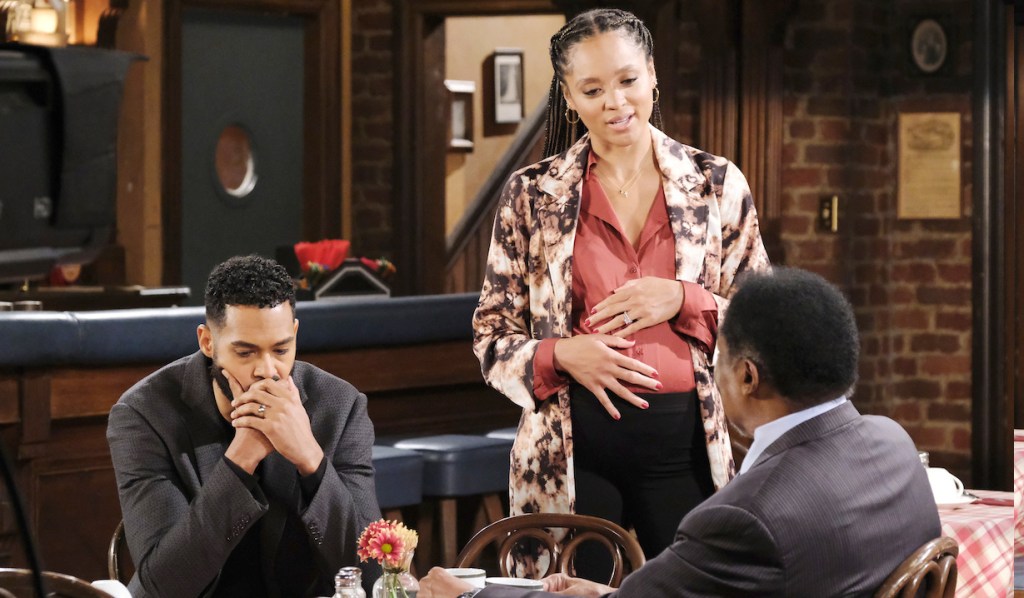 Lani returns to Eli and Abe’s table at the Pub. She asks what they are keeping from her. Eli lies that they decided to throw her a surprise baby shower. Lani says that’s really sweet, but she’s not up for it. How is she supposed to enjoy the shower knowing Kristen is locked away from her little girl? Abe suggests they videotape the shower so Lani can share it with Kristen when she visits. Lani agrees to it and leaves for work. Once she’s gone, Eli worries he can’t keep up the lie. Abe wonders if it’s time to come clean. Eli doesn’t think he can jeopardize Lani or their babies’ health. He just has to hope Brady doesn’t tell Lani what really happened. He looks up and sees Lani who comes back for her purse. Lani heads back outside and listens to a recording she made of Eli and Abe’s conversation.

More: Tyler Christopher is ready to return to work

As Sarah and Xander talk about Philip’s secret partner at Julie’s Place, Xander concludes Philip is working with Brady. He intends to confront Brady, but Sarah thinks he’ll just make things worse. She offers to do it for him. 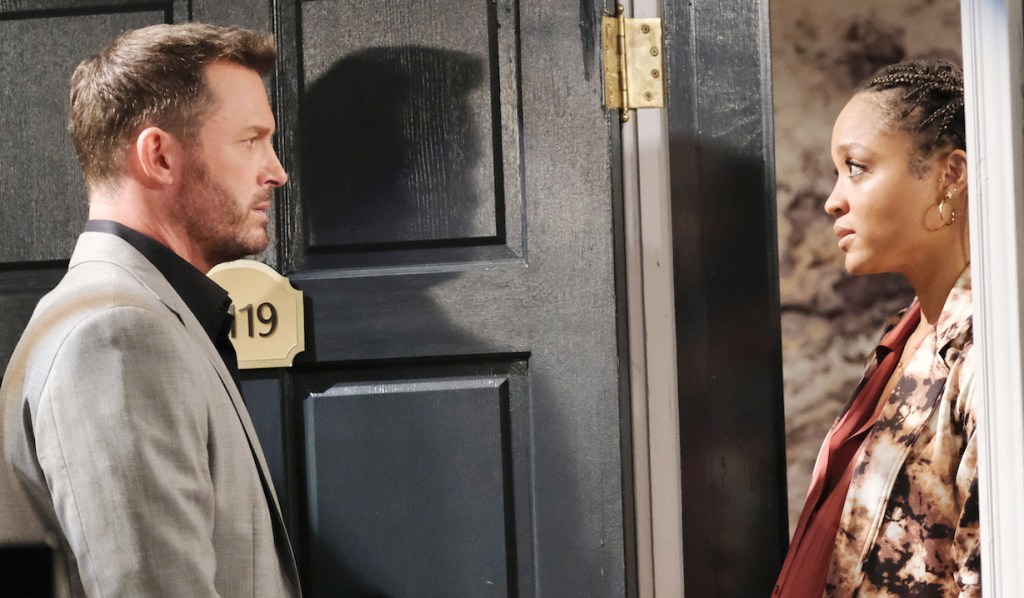 Sarah arrives at Brady’s room. She point-blank asks if he is working with Philip against Xander and Victor. Brady only cares about Kristen and Rachel. Nothing else, including Titan, matters. Rachel cries and Sarah looks wistfully at her as Brady tends to her. She notes it’s still hard being away from her, so she understands what Kristen is going through. Brady tells her she can come by to see Rachel whenever she wants. She asks about Xander. Brady says Xander isn’t his favorite person, but he doesn’t blame Xander for Kristen being in prison. After Sarah has left, Lani shows up to find out what Eli doesn’t want her to know.

Philip is surprised when Ava approaches him in the park. He reminds her no one can see her since everyone thinks she’s dead. She came to check on him since he’s very close to losing her trust. He wonders how he’s supposed to launder mob money with Xander looking over his shoulder. Ava tells him Xander is his problem not hers. She reminds Philip he owes her for the debt he racked up. She vouched for him with her cousin Angelo and she’s there to ensure he delivers what he promised. He wonders if she’s there for Steve as well. Ava reminds him she can’t let Steve know she’s alive. Philip snarkily says because his son Joey is in prison for killing her. Ava confirms, but also because she’s a wanted woman. She can’t see Steve or her son. Ava points out Xander is in their way. If Philip doesn’t take care of Xander, then Philip will pay the price. After Philip has left, Ava gives someone an update on the phone and then thinks about Steve.

More: We are here for Dark Brady rising 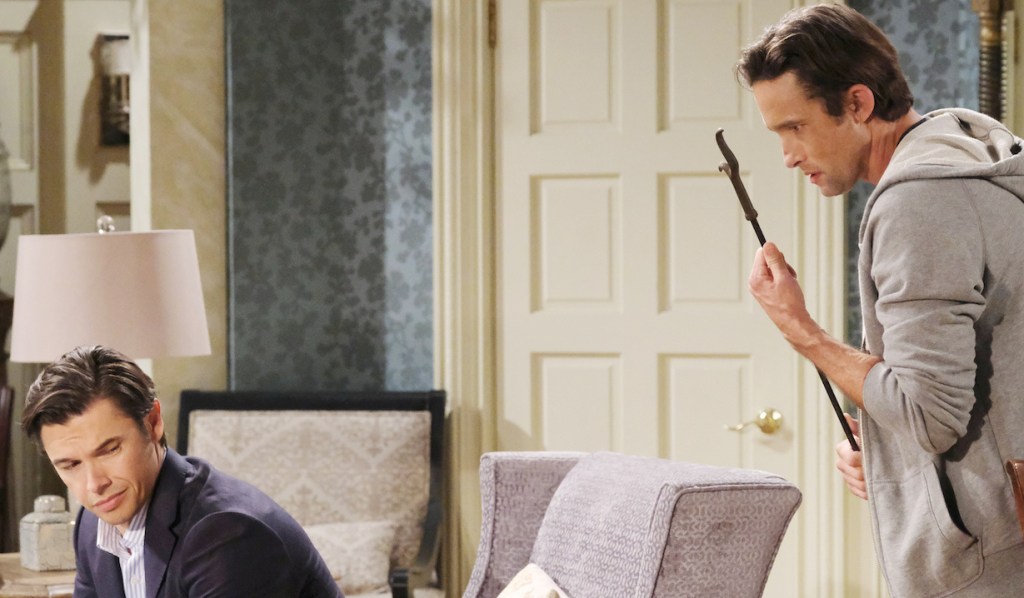 When Philip returns home, he finds Xander alone in the living room. He fantasizes about picking up a fire poker and hitting him over the head with it. Sarah returns home and Philip walks out of the room. Once alone, Sarah assures Xander Brady isn’t working with Philip. Xander wonders, if not Brady, who is Philip in cahoots with.

Ava stands outside Steve’s door. From inside, he hears a knock.

Next on Days of Our Lives: Ava contacts a friend.

Who else would you like to see return to Salem? Look through our photo gallery of characters we want back on Days of Our Lives, then, get your free daily soap-opera fix for Days of Our Lives — and all of the other daytime dramas — delivered straight to your email inbox by signing up for Soaps.com’s newsletter. 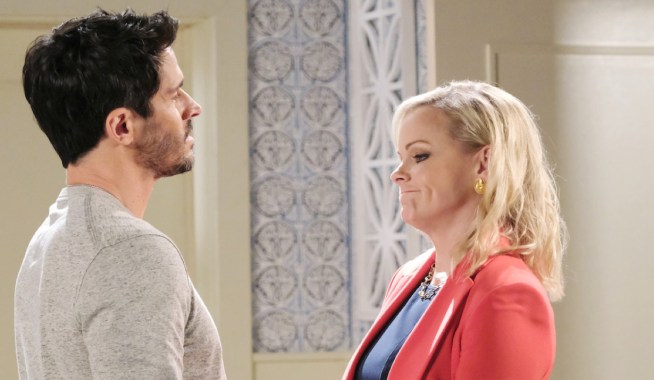 Despite Thinking It's Not His Place to Do So, Brady Immediately Tells Lani Everything 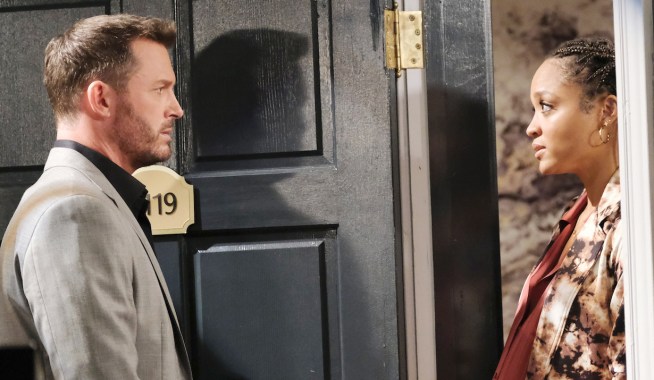