Wednesday, November 11, 2020: Today on Days of Our Lives, Claire gets rejected twice, Sarah's suspicious of Philip, and Chad finds Abigail. 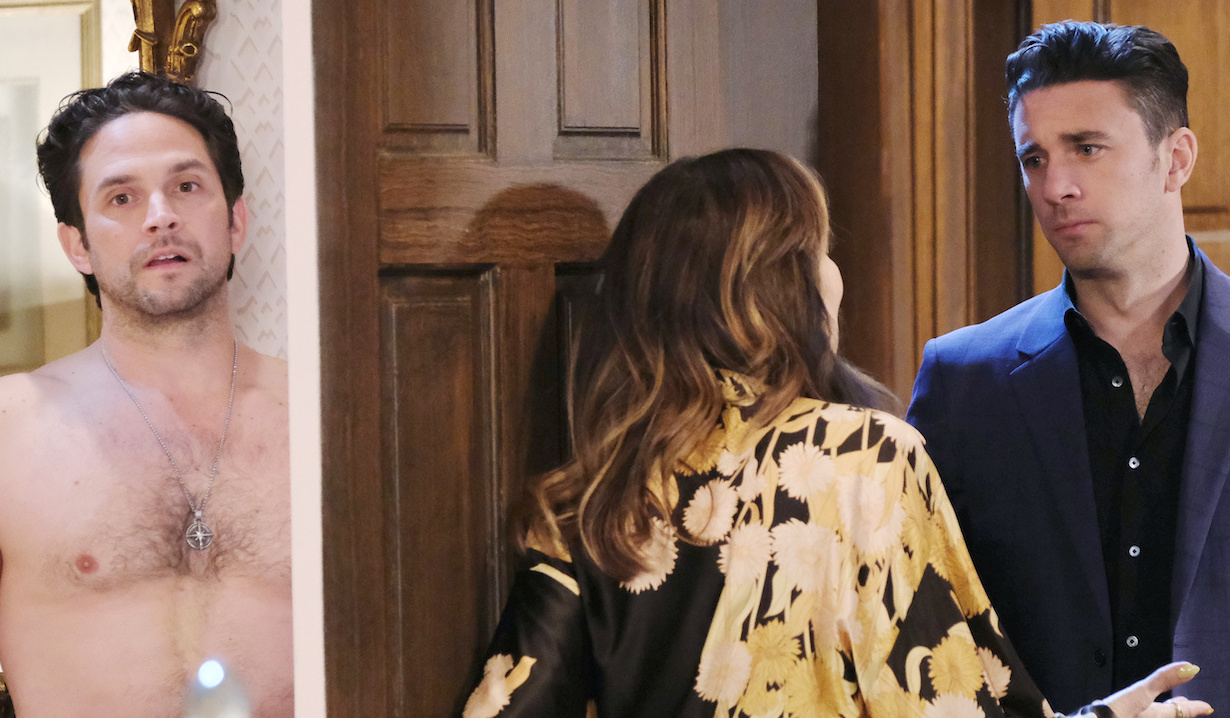 Charlie’s face falls as he comes to Claire’s place and sees her kissing Theo. He turns and leaves before they see him. Claire and Theo jump away from each other. Theo asks where that came from. She says she missed him. Being with him again felt so comfortable, so right. Claire wonders if they can give it another try. He points out he has a life in South Africa. She thinks she could go back with him, but he says he’s seeing someone. Theo asks if she is dating anyone. Claire tells him about Charlie, but she’s not sure now is the best time to start a new relationship. She worries about her past, but Theo encourages not to get stuck there. Things with Charlie could be amazing. 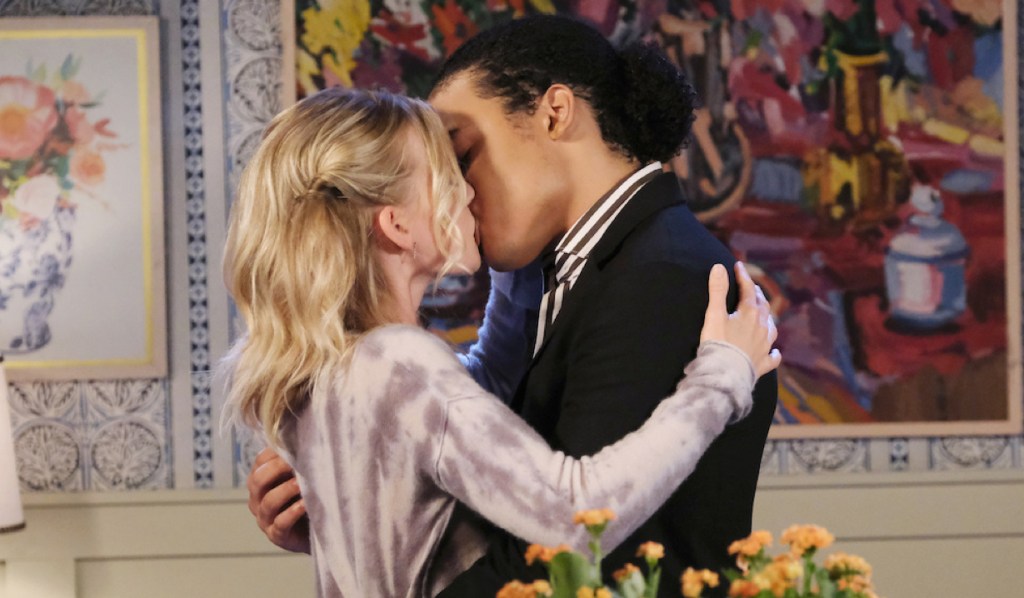 At the office, Xander calls Victor, relaying spreadsheets show Philip moved money to a shell company without telling him. Victor will handle it. After hanging up, Xander tries to find more evidence against Philip. Charlie returns, dejected. He tells Xander Claire was kissing some other guy. Xander tries to pump Charlie up, suggesting he wow Claire with how much he has to offer. Charlie thinks he should just give up. Xander says he never would have gotten together with the love of his life had he given up. He thinks if Charlie wants to be with Claire, he can make it happen. Charlie wonders what his next move should be. Xander tells him to play the long game and make her come to him. Xander grabs the flowers Charlie didn’t give to Claire, encourages him to keep the faith, and goes home to Sarah. Claire shows up with a frappuccino for Charlie, who is cold towards her. He thanks her, but says he’s too busy. She leaves. 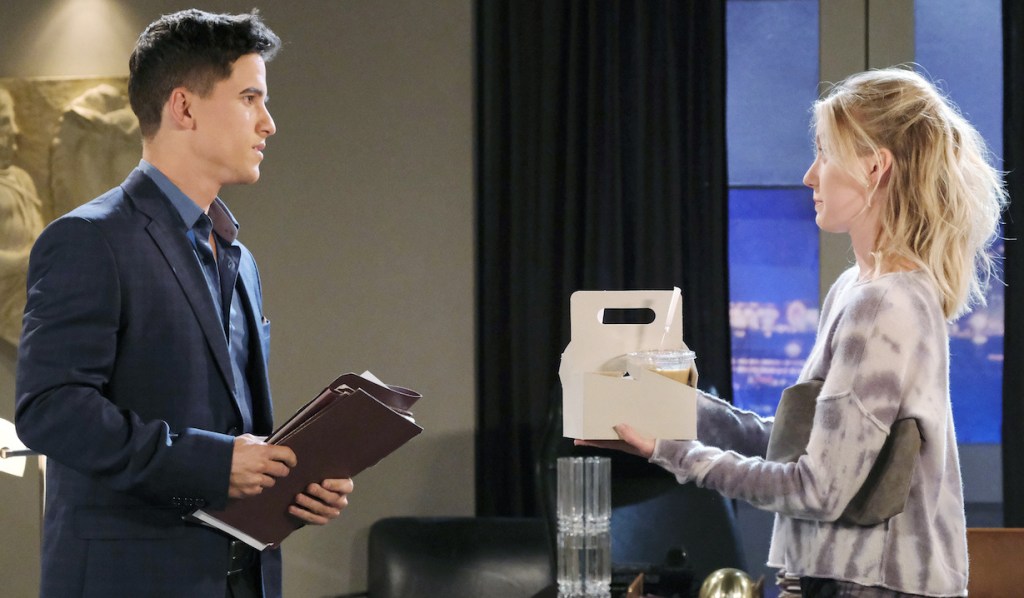 Philip finds Sarah reading in the living room at the Kiriakis mansion. After some banter, Sarah heads to her room to finish her book. Philip gets a call from Victor who wants to know why he transferred that money. Philip promises he didn’t embezzle funds. It was part of a deal, both Victor and Xander knew about. He can send him the contracts. Victor says that’s not necessary. Later, Philip calls his partner to warn them about Xander. He promises he can handle him, but they have to be careful. He then yells that he’s doing the best he can and throws his phone. Sarah returns asking if everything is okay. He says he’s just dealing with some roadblocks concerning a deal. Sarah suggests he get Xander’s help. After Philip has gone upstairs, Xander returns home. He gives Sarah flowers and they flirt. He then says he’s suspicious that Philip is up to something. When he heads to the kitchen for food, she says to herself, “So am I.”

Kate tells Jake to hide when Chad knocks on her bedroom door. He stands behind the door as Kate opens it. When Chad enters her room, Jake sneaks out behind his back. Chad tells Kate Abigail is missing. He thought she might have come there to confront her about the letter. Kate kicks Jake’s clothes under the bed, as she disparages Abigail for going through her personal things. Chad says he’s really worried about her and then rails at Kate for sleeping with Jack. Kate defends herself. After some arguing, Kate reassures Chad regarding Abigail’s safety and Chad leaves. 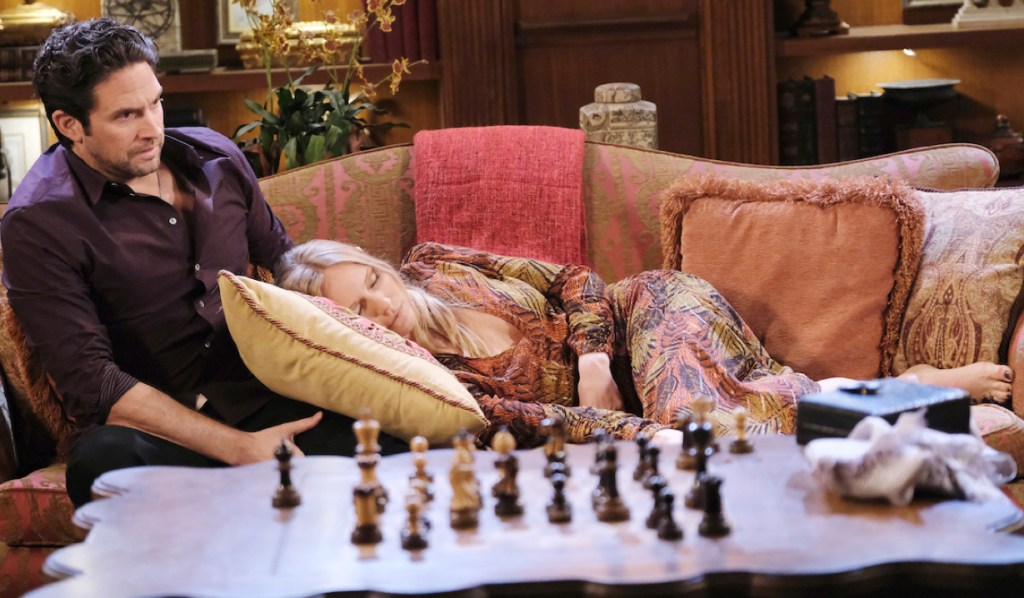 Downstairs at the DiMera mansion, Gwen comforts Abigail over Jack. Abigail doesn’t know what she’d do without her. Abigail feels ill from the champagne and excuses herself. Jake enters to find a self-satisfied Gwen. He knows she orchestrated the drama at the party. Gwen laughs it off and leaves. Abigail returns. Jake asks if she wants to talk about what happened at the party. Abigail wishes she never found that letter. Jake asks how she did. Abigail explains how she was looking for shoes and knocked over the box. She adds that Gwen encouraged her to look through Kate’s room. Jake scoffs over the mention of Gwen’s involvement, but Abigail defends her new friend. Jake backs off. Abigail feels ill again so he grabs her more water and offers to make her a hangover cure. They laugh, as Gwen walks by, noticing their closeness.

More: This stunning daytime resurrection could never be replicated

Back downstairs, Jake puts a blanket over Abigail who is sleeping on a pillow propped up on his lap. Chad enters and says, “What the hell?”

Next on Days of Our Lives: Sarah’s on to Philip and Belle surprises Shawn.

Could Gwen’s mother be the driving force behind her schemes? Look through the photo gallery below for possible candidates and then get your free daily soap-opera fix for Days of Our Lives — and all of the other daytime dramas — delivered straight to your email inbox by signing up for Soaps.com’s newsletter.

Jan's Fantasy Turns Into a Nightmare...