Tuesday, November 10, 2020: Today on Days of Our Lives, Xander sees an opportunity and a red flag, Jake wants to sneak around, and Jack unleashes on Abigail. 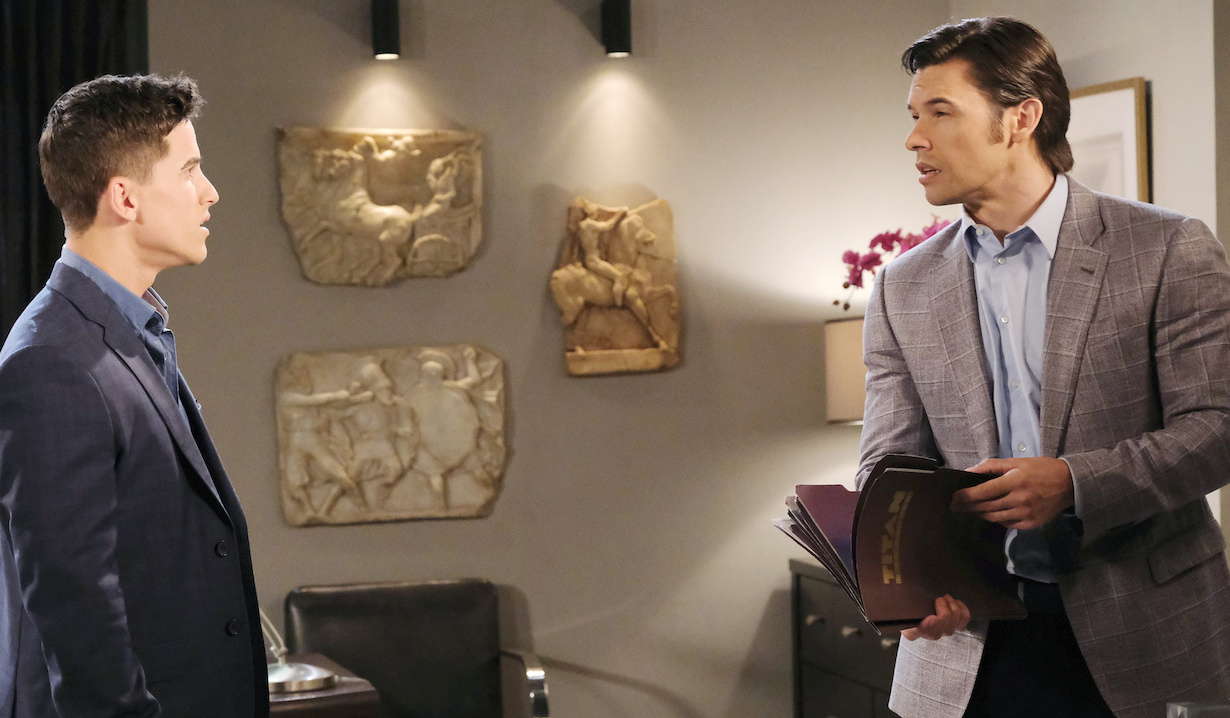 From the office, Charlie calls Claire who is at home. He thanks her again for saving him during the blackout and asks her out for dinner over the weekend. Claire says she’ll check her schedule. As he bumbles about trying to play it cool, Xander enters. He asks what that was all about when Charlie hangs up. Charlie explains he was talking to a girl. Xander wants to hear all the details. Charlie tells him about Claire and how special he thinks she is. Xander says, “You do know she’s spent time in a loony bin.” Charlie won’t judge her for having mental health issues. Xander wonders why he was being so wimpy on the phone if he’s so interested in her, adding a real man takes charge. Charlie explains he was just trying to be considerate, but Xander calls that timid. He thinks this is his chance to swoop in and comfort her, listen to her. He suggests Charlie take her out to dinner right now. Charlie doesn’t understand why he’s all of a sudden encouraging him to go after Claire. Xander is just trying to give him the benefit of his vast romantic expertise. Not to mention, scoring points with Claire could score points with Victor for both of them. Xander gives him the flowers off Philip’s desk to give to Claire. Charlie thanks him and leaves. Once alone, Xander finds something odd in Titan reports. He asks, “Why would Philip transfer those funds?” 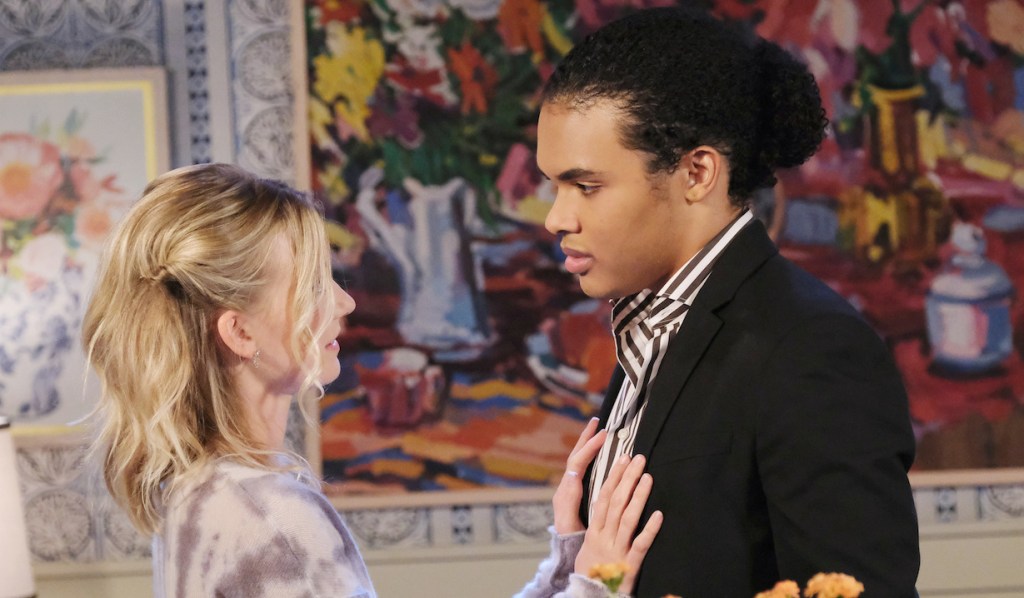 Theo surprises Claire at home. She hugs him, thrilled to see him back in Salem. They talk about Ciara. Claire brings up her emotionally unstable past and the reasons for their breakup. He apologizes for his role in it. She plays him a song she recorded for Ciara. He knows Ciara would have loved it. They kiss, as Charlie shows up with flowers.

Chad bursts into the restaurant office to proclaim Abby’s gone. He found her phone in the bathroom.

In the DiMera living room, Chad tries to make sense of Abigail’s behavior at the party. Gwen tells him about her downing drinks. She innocently says she should have told him, but she didn’t think it was her place. She did everything she could. Chad knows and appreciates it. 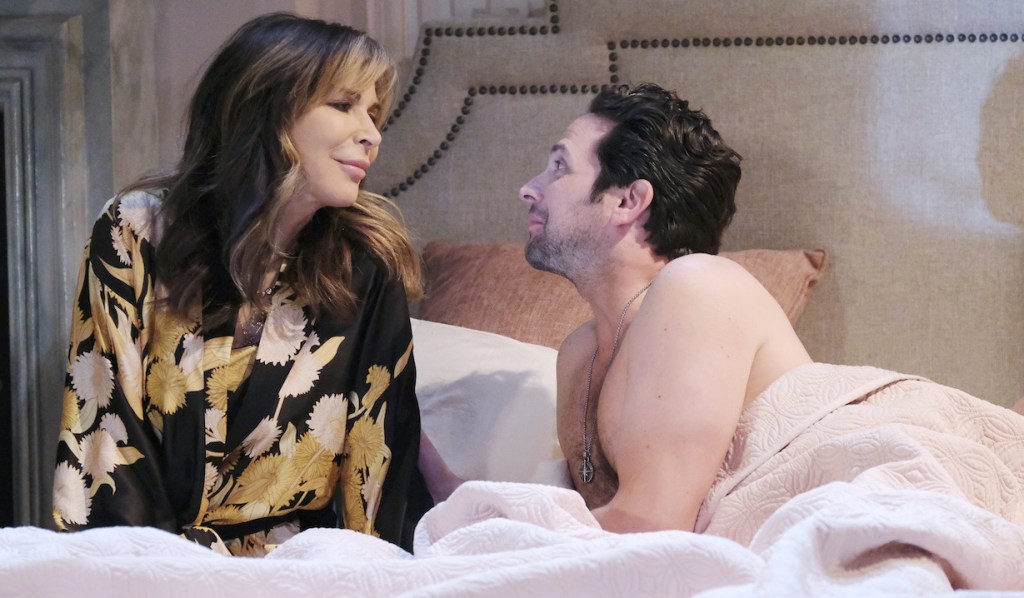 Kate stops Jake as he moves in for a kiss in her bedroom. She assures him she doesn’t just jump into bed with anyone, despite what he’s heard. She also won’t sleep with him just because they’re both lonely. Jake assures her he wants to sleep with her because she’s the most gorgeous woman he’s seen in a really long time. She points out their age difference, but he doesn’t care. He gushes about how amazing she is. He thinks there’s something very real between them and asks if he’s misreading her signals. Kate tells him he is not and they start taking off their clothes. After they have sex, Kate tells Jake it can never happen again. She and Chad are in a good place right now and she doesn’t want to risk alienating him again. Jake respects that and suggests they just keep it a secret. He thinks it would be so much hotter to sneak around. Chad knocks on the door. 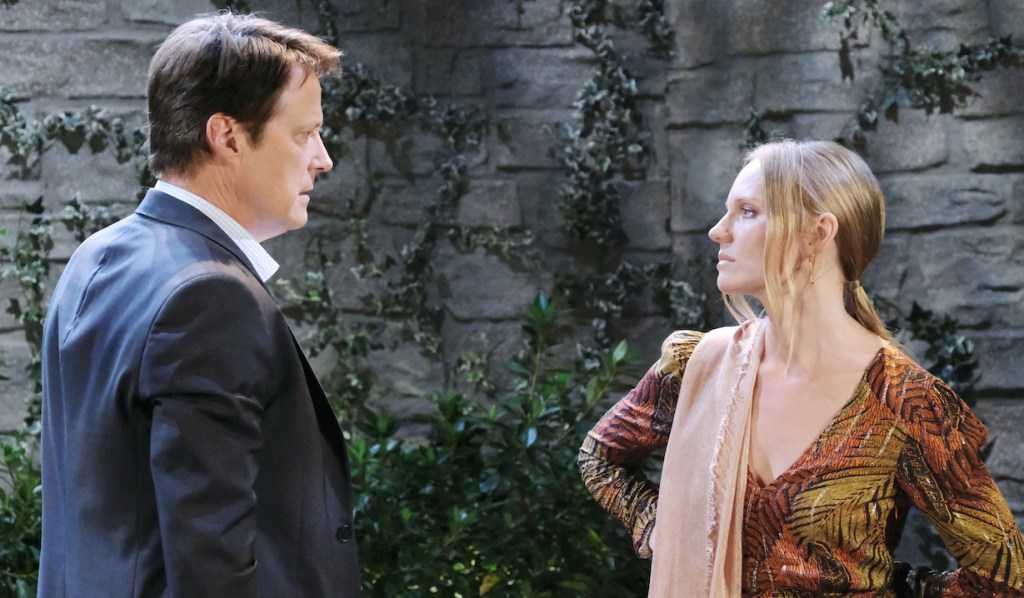 In the park, Jennifer slaps Jack when he asks for her forgiveness. She can’t get over the fact that he slept with Kate and lied about it for an entire year. Kate, the woman who broke up her parents’ marriage. Jack points out Jennifer’s father fell in love with Kate, but Jennifer is the only woman for him. Jennifer is unmoved. She has nothing else to say to him. “Except one thing. Happy anniversary.” She walks away. Abigail finds Jack alone. He tells his daughter Jennifer ran off and it’s all her fault. He calls her decision to publicly expose the letter reckless and thoughtless. Abigail lashes out at her father. Jennifer deserved to know what he did. He bitingly praises her for digging up the truth and bringing it to light. He hopes she’s proud of herself, because he is not. After more debate, Jack says he loves Abigail but right now she better go home. He can’t stand to look at her.

JJ finds Jennifer outside Brady’s Pub. She tells him Jack admitted to sleeping with Kate. JJ blames himself for not being there for Jack. Jennifer assures him it’s not his fault. Jack’s the one who decided to sleep with Kate. JJ invites his mother to stay with him. 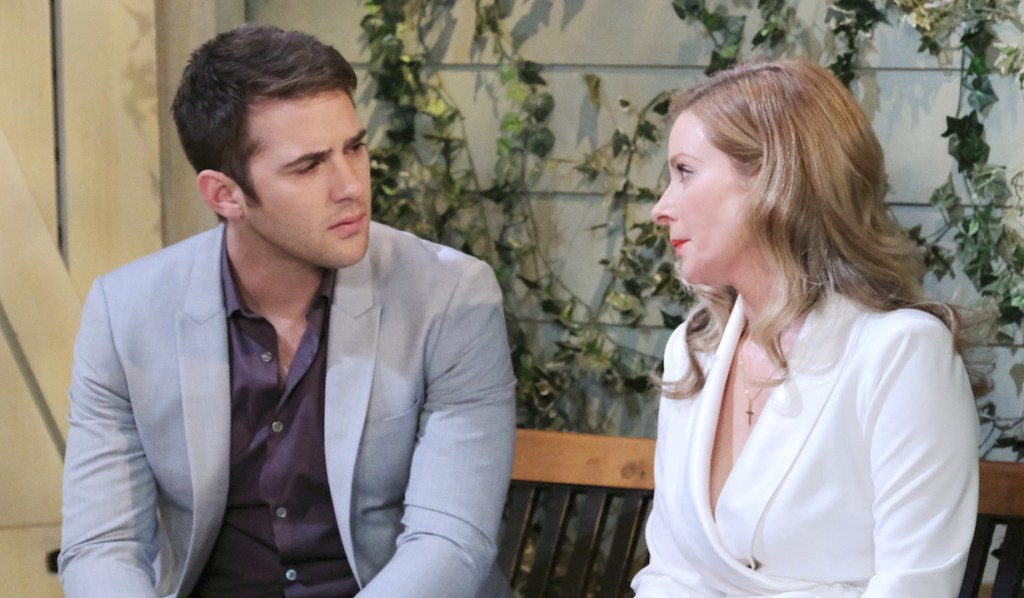 Jack returns to the empty restaurant. He looks at all the decorations and slumps to the floor.

Alone with Stefano’s portrait, Gwen says she couldn’t have planned things better. Abigail returns and relays what happened with Jack. Tears fall as she says he probably hates her.

Next on Days of Our Lives: Charlie’s hopes are dashed and Jake accuses Gwen.

After looking through the photo gallery below of Salem’s baddies gone good, get your free daily soap-opera fix for Days of Our Lives — and all of the other daytime dramas — delivered straight to your email inbox by signing up for Soaps.com’s newsletter. 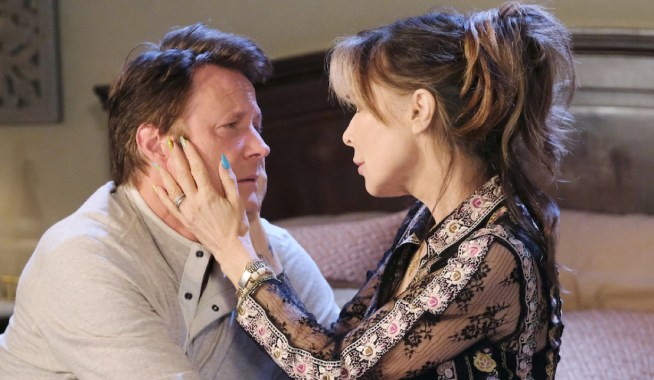 As Kate Confesses to Jake, Jack Begs Jennifer for Forgiveness 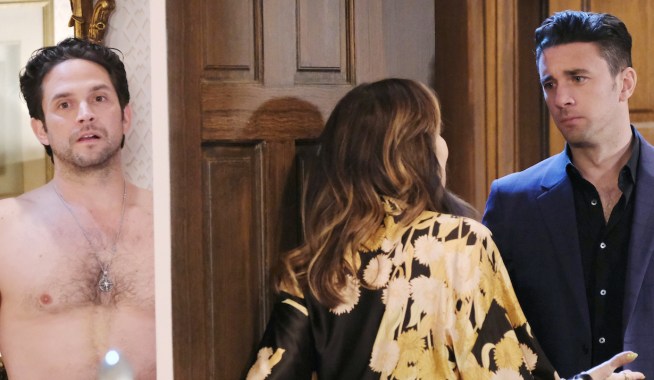