Gwen’s Games Begin, Starting With a Surprise Return and a Mysterious Letter

Thursday November 5, 2020: Today on Days of Our Lives, Gwen puts her plan in motion, Justin confesses to Jack, and Kate asks Jake to be her plus one. 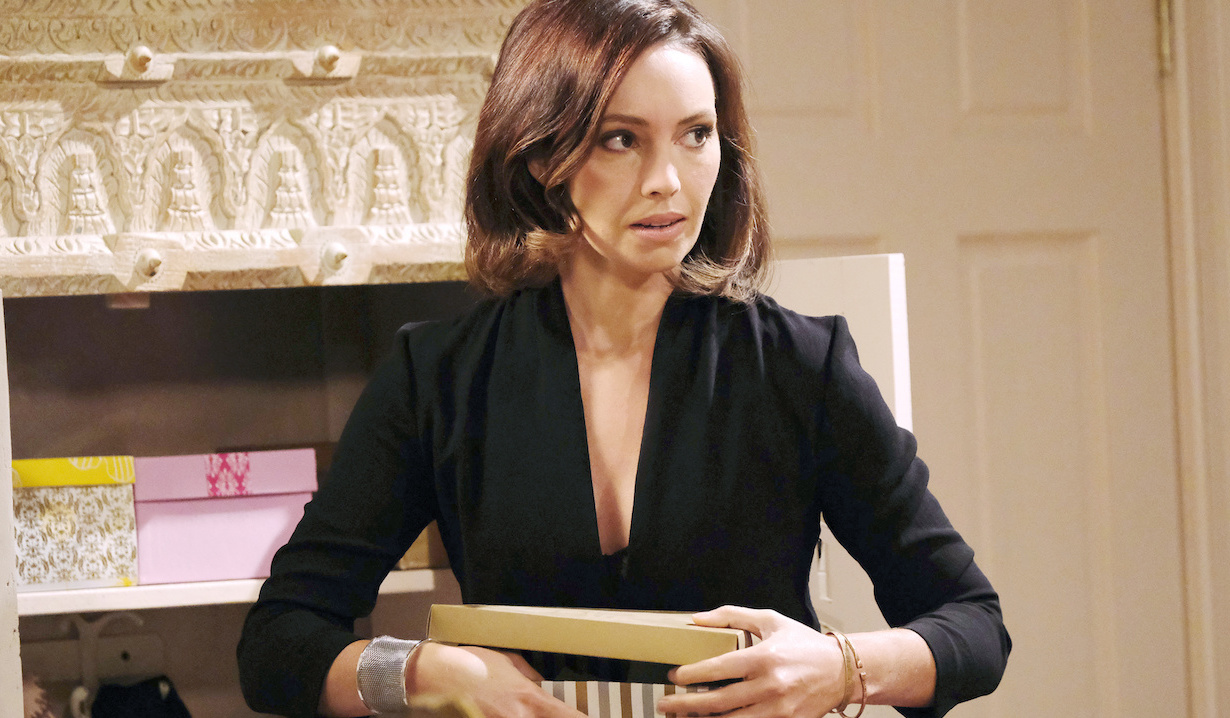 Jack drops by the Kiriakis mansion to find Justin looking at Adrienne’s picture. Jack knows it can’t be an easy day for him and understands if he doesn’t come to the party. Justin is happy for Jack and Jenn, but thanks him for the out. Jack thinks his passing on the party is also about Steve and Kayla. Justin confirms it and then tells him he’s forgiven Bonnie. Jack yells at him, but eventually calms down and apologizes. It’s not for him to tell him what to do and how to feel. He hopes his forgiveness of Bonnie makes it easier for him. Justin didn’t just forgive Bonnie, he thinks he likes her. Jack wonders if he’s testing him. Justin says Bonnie makes him laugh and that’s a big deal for him right now. Through gritted teeth, Jack says, “That’s great.” Justin knows that was tough for him to say. He thanks Jack for coming by. Talking to him made him feel better. 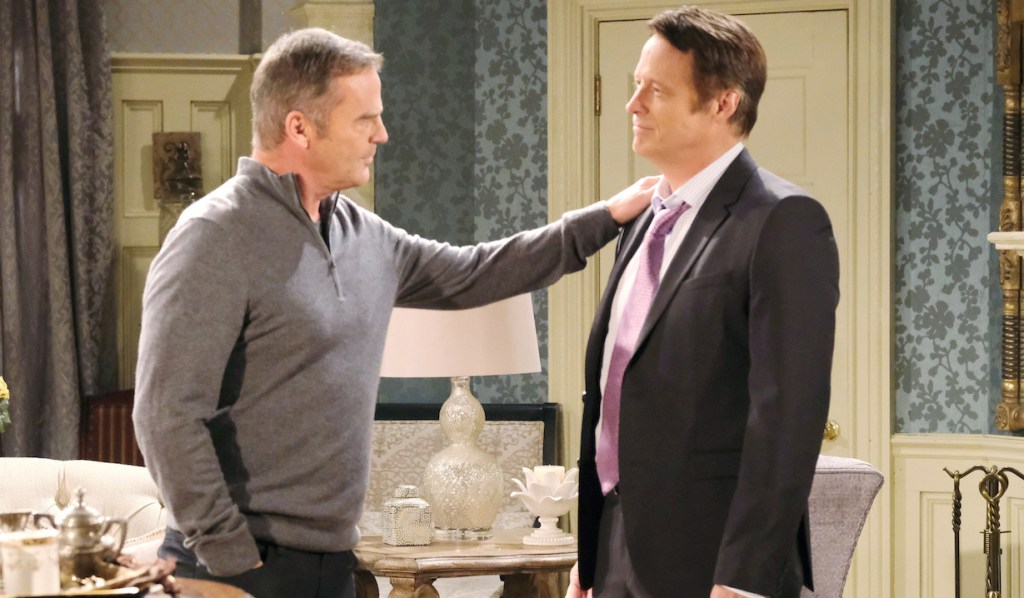 Bonnie finds Jennifer in Horton Square. She lets it slip that Justin told her about Jack and Jenn’s party. When Jennifer questions this, Bonnie beams relaying Justin has forgiven her. Jennifer hopes Bonnie doesn’t think there could be more between them and warns that while Justin may have forgiven her, not everyone in town will be as generous. 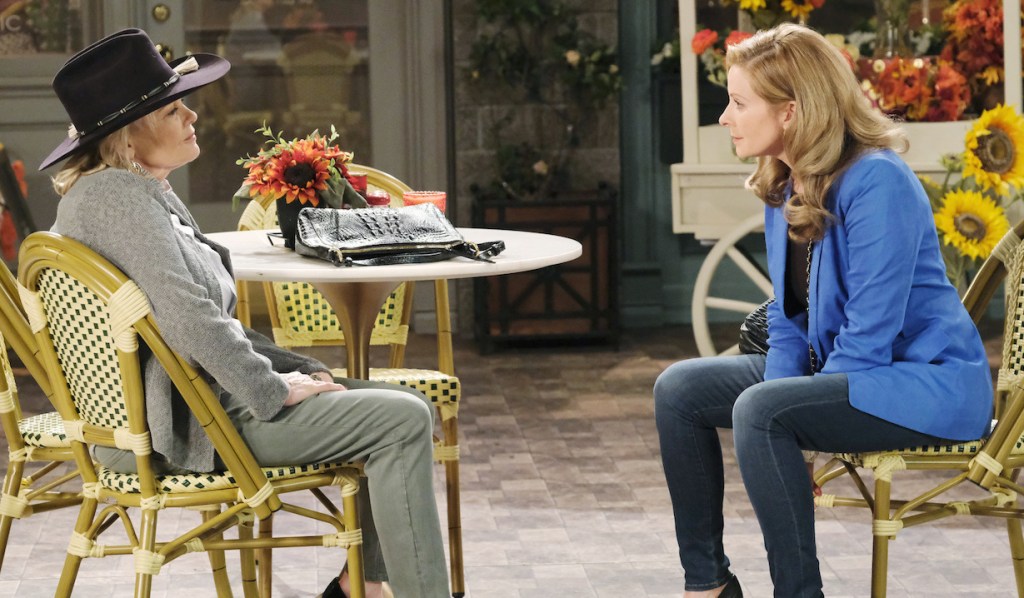 Justin runs into Bonnie outside Brady’s Pub. She invites him to have a drink with her, but he passes. She looks dejected, but perks up when he offers to do it another time.

Chad visits Kate in her bedroom as she thinks about Jake. Chad was hoping Kate would come to the party, but Kate points out she wasn’t exactly invited. She also isn’t close to the honorees. Chad officially invites her and says she can just “sit in the corner drinking martinis and make some snide remarks.” This convinces Kate who reluctantly accepts. 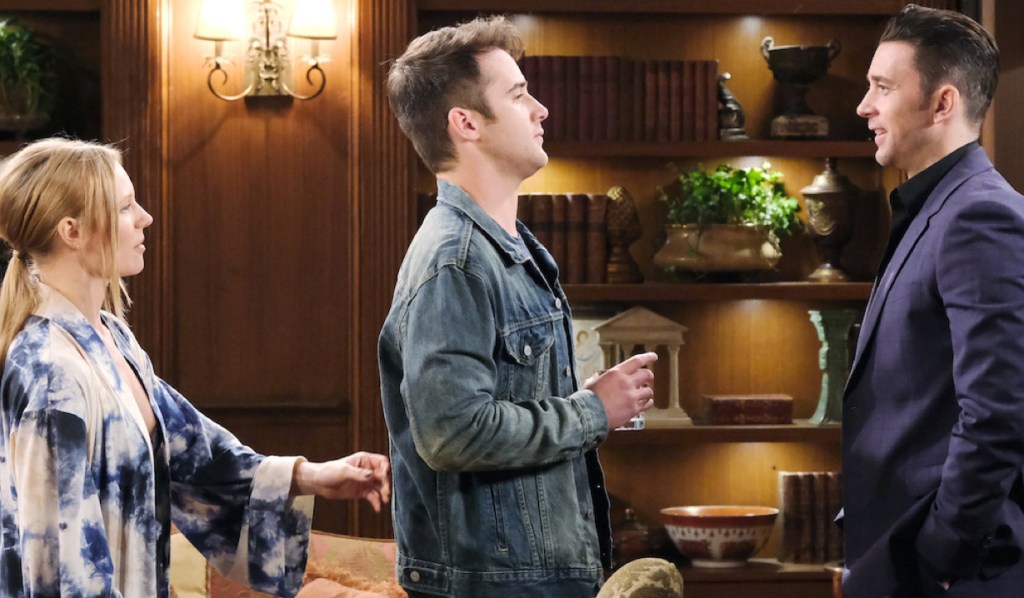 Abigail rushes into the living room after Gwen texts her wondering if something is wrong. Gwen hesitates but then says she’s worried the party will be a giant disaster. Abigail reassures her. She did a great job — even Julie gave her kudos. Gwen gets in a few veiled digs about Abigail’s full, perfect life, before saying how much she enjoyed planning the party. Gwen says there’s just one more thing and reveals JJ has returned. Abigail is thrilled to see her brother and learns Gwen made the arrangements. After Gwen has left, Abigail sings the nanny’s praises to her brother. Chad enters and happily welcomes JJ home. He then explains to Abigail he invited Kate to the party. He asks his skeptical wife to find a way to be okay with this. Chad promises Kate will be the ideal guest.

After Kate leaves her room, Gwen sneaks in and looks through a box of Kate’s letters. She says, “It’s still here. Let the games begin.”

Back downstairs, Abigail can’t find her shoes (because Gwen has hidden them). Gwen suggests they look in Kate’s room for a pair. Gwen barges into Kate’s room and “accidentally” drops Kate’s box of letters while looking for shoes. Abigail starts picking them up. Her mouth drops open at the sight of one of them. Meanwhile, JJ surprises his parents in the living room. 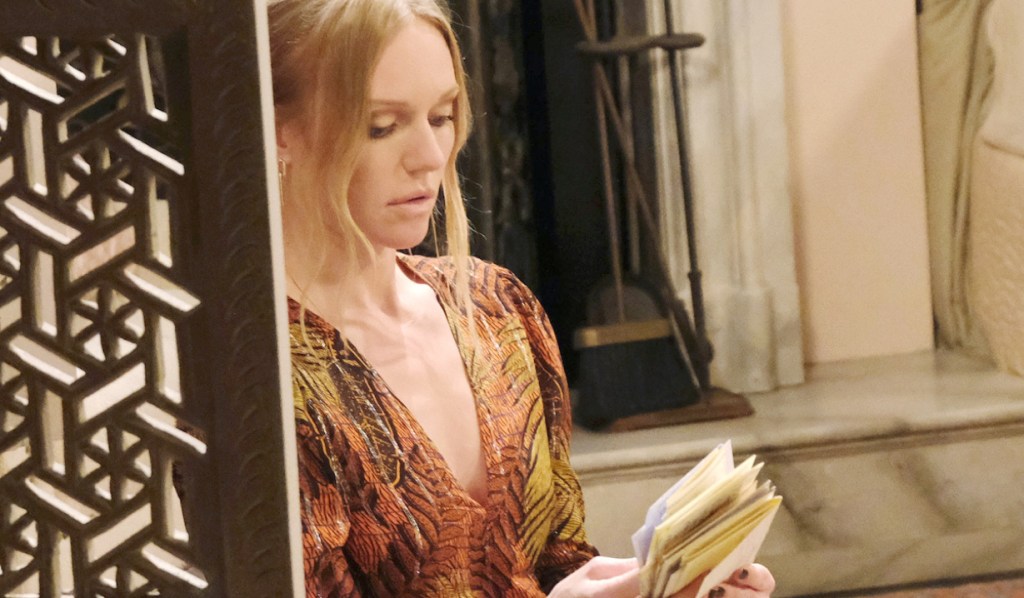 After Jake bails Ben out of jail, he brings Ben back to his hotel room. Ben notes it doesn’t matter where he is because Ciara is still gone. Jake suggests they both go back to work at the garage. They could both stand to be busy. Ben agrees, plus he could pay Jake back for bailing him out. Jake points out money isn’t an issue right now and invites him for a drink at the Pub. Not tonight, Ben says. Jake understands and leaves. Ben picks up Ciara’s robe and smells it. 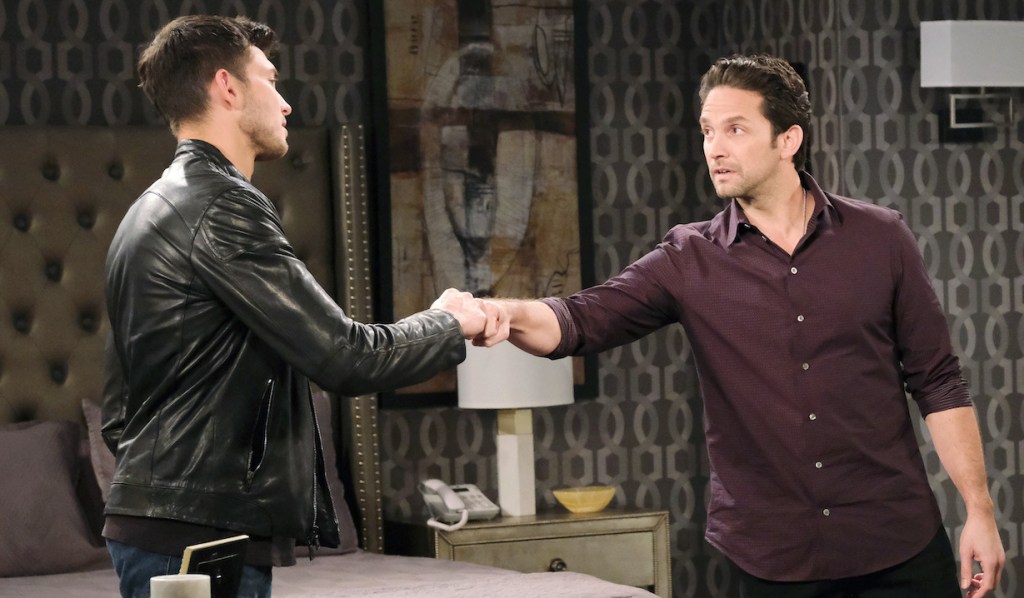 Jake whistles as he sees a dressed up Kate in the Square. She tells him she’s going to Jack and Jenn’s party, but she isn’t thrilled. She thinks Jake could liven things up and invites him along. Jakes says, “If I didn’t know any better I’d think you were asking me on a date.”

On the next Days of Our Lives: Theo returns and Abigail gets a shock before the party.

Look through all the baddies gone good in Salem in the photo gallery below. Then, get your free daily soap-opera fix for Days of Our Lives — and all of the other daytime dramas — delivered straight to your email inbox by signing up for Soaps.com’s newsletter. 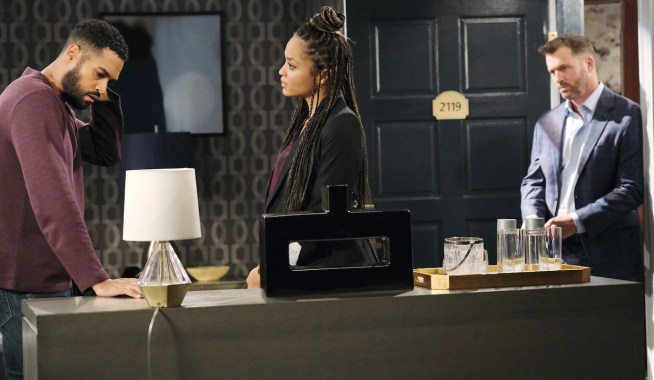 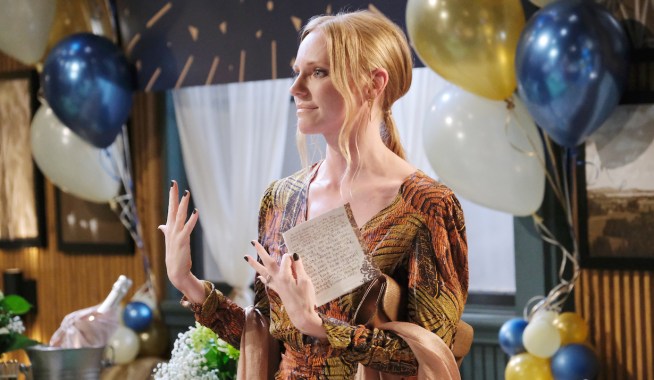