Friday October 30, 2020: Today on Days of Our Lives, Jennifer has bad news for Doug and Julie, Kristen says a tearful goodbye, and Claire stresses over Ciara's memorial service. 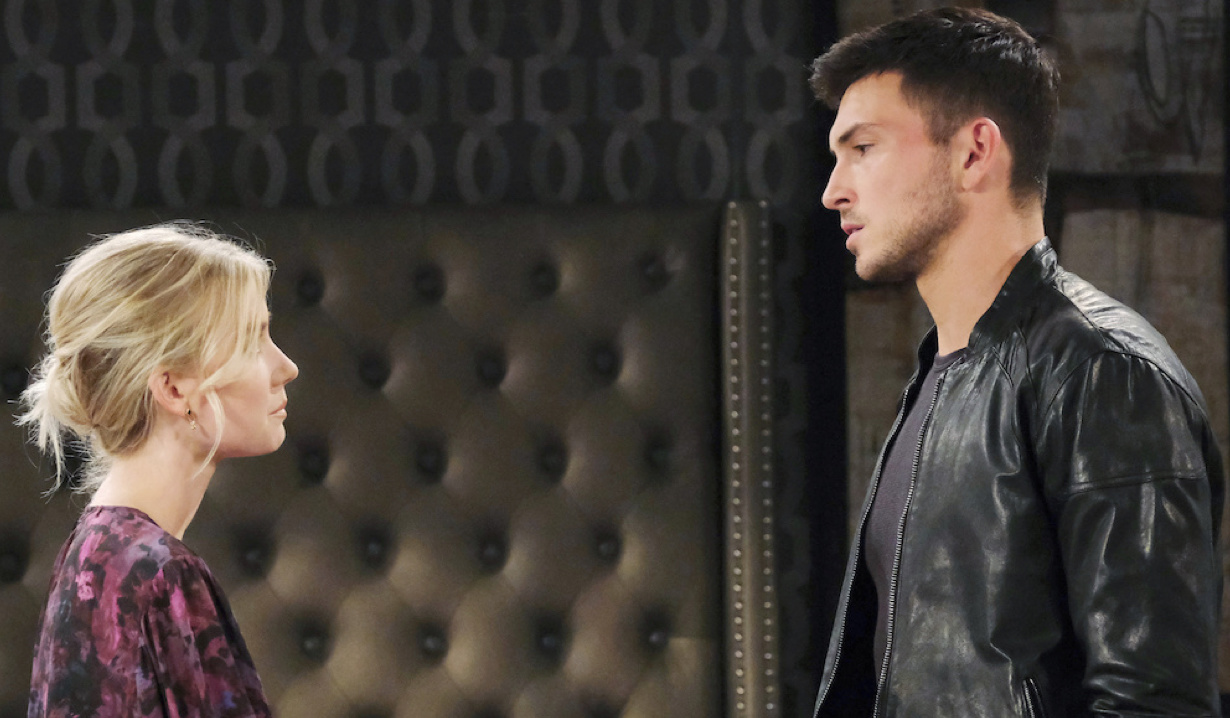 As he starts to leave his apartment, Eli runs into Brady at his door. Brady relays that he has to take his daughter to say goodbye to her mother, who was sentenced five years in prison. Brady blames Eli for that. Eli reminds him Lani is a good person, but Kristen has spent years making people miserable. What would Brady have done? Brady promises he won’t tell Lani that Eli pressured Kristen to plead guilty, but he prays Eli is haunted by the deal he made with Trask. 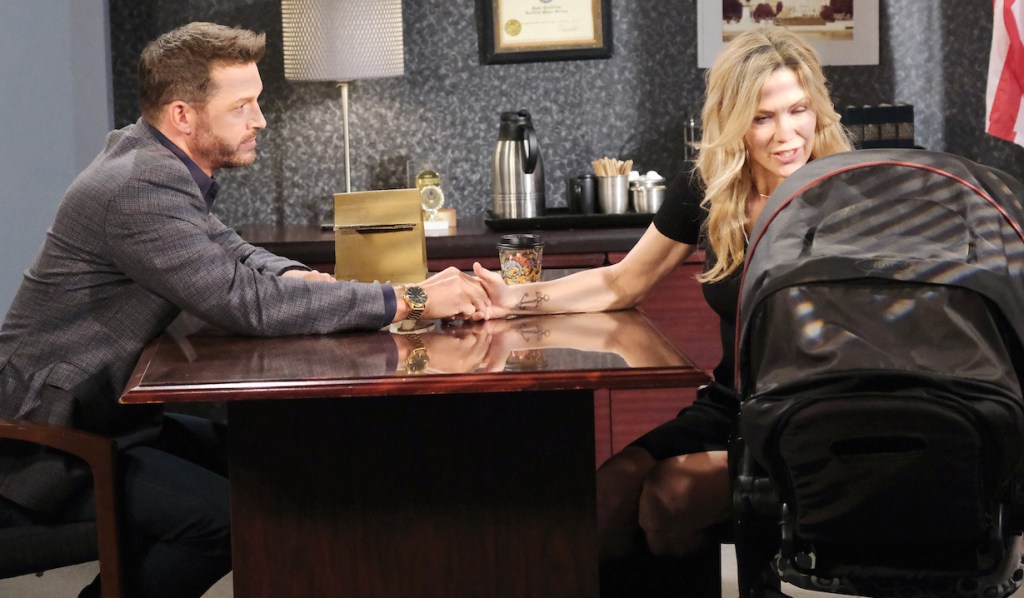 Lani visits Kristen in the interrogation room. Kristen explains she threw herself at the mercy of the court and pled guilty. She hopes she’ll get parole in two years. Lani still doesn’t understand why she did it. Kristen just talks about what a great friend Lani has been to her. She asks Lani to be happy and to enjoy her babies. Lani leaves when Brady arrives with Rachel. Kristen and Brady tear up as they hold hands. Kristen tells Rachel she made all her dreams come true. Now, she’ll dream about when they’re together again. Kristen asks Brady if he knows how much she loves him. He has a pretty good idea. He is confident the years will go by quickly and they’ll be waiting for her. They exchange I love yous.

In the interrogation room, Lani sees Eli. She laments Kristen’s situation, as Eli relays he’s bringing Vincent up from holding so he can finally get what he deserves. 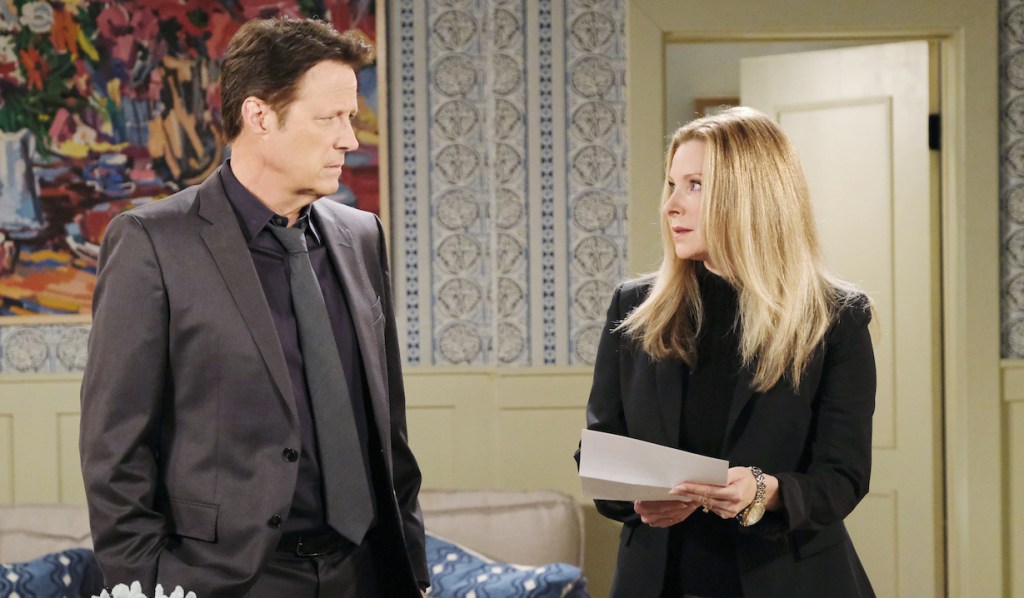 Jack and Jennifer (now played by Cady McClain) arrive at Hope’s to pick her up for Ciara’s service, but she’s not there. Jennifer sees a letter addressed to her. Hope writes that she can’t go through another one of her children’s funerals. Hope wishes Bo was with her, but if he were, he wouldn’t accept Ciara’s death. He would have gone anywhere to find her. She couldn’t be around grieving people who might have convinced her Ciara was really gone. She doesn’t know where to start her search, but she will never give up until she finds her daughter. She’ll be in touch when she’s ready, but she needs them to explain to the family what she’s doing. When she finishes reading the letter, Jennifer marvels over Hope leaving her family when she needs them most. Jack suggests they let her do what she needs to do. Jennifer reluctantly agrees.

More: Did Days just set up a future Hope recast? 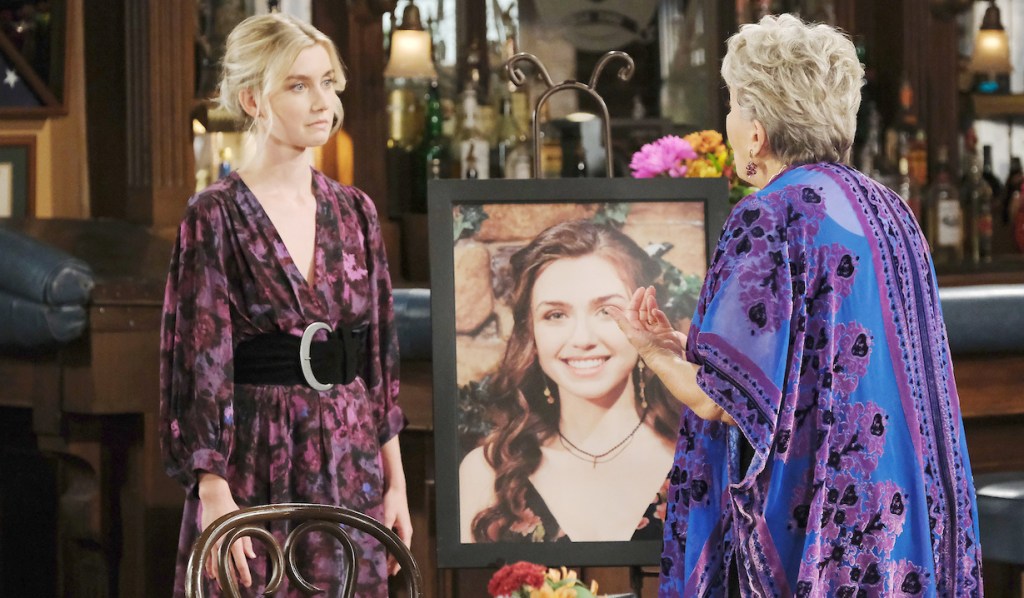 Claire rushes into Brady’s Pub upset about the napkins for Ciara’s service. They’re the wrong color. Julie assures her no one cares about the details. They just want to be together. Claire grows weepy. She’ll never forgive herself for what she did to Ciara. This is her last chance to show how much she loved her. Julie assures her Ciara knew she got better. There’s no unfinished business between them. Claire thanks her. Julie suggests Claire go to the church to check on things. Claire thinks that will give her time to do one more thing. After Claire leaves, Doug arrives. They cry wondering how they will get through this day. Jennifer enters and gently tells them Hope isn’t coming to the funeral. They’re floored. Doug thinks he should be with her, but Jennifer breaks it to them that Hope left Salem. Doug understands and respects Hope’s decision.

More: Why the blackout was sort of a dud

In his room, Ben grips the gun and says out loud that Vincent will be a no show for his arraignment. He won’t let him go to prison until he gets the truth out of him. Claire appears as he opens his door to leave. He informs her he’s not going to Ciara’s service. At least she tried, she says, but where is he going? Ben says he’s going to take Ciara’s bike out for a nice long ride. It’s how he wants to remember her. Claire insists he’s welcome to come to the service if he changes his mind. He doubts that. She says he’s family. They’re all there for him if he needs to talk. He stammers as he says he’ll be okay. She doesn’t have to worry about him. He abruptly leaves. 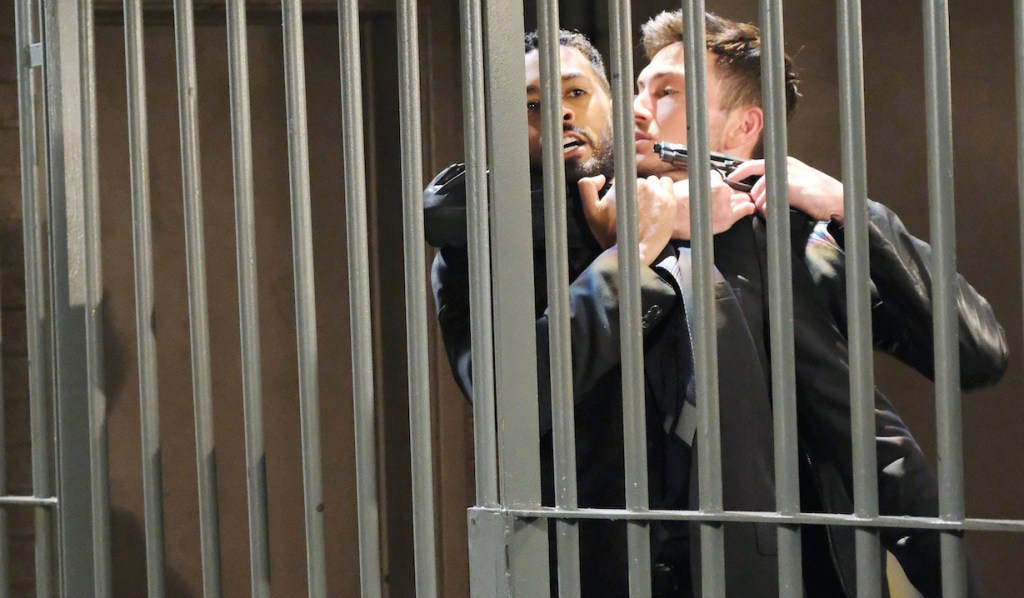 As Eli starts to open Vincent’s cell, Ben grabs him and holds a gun on him. Later, Lani enters and finds Eli passed out. Ben and Vincent are gone.

Ben brings Vincent to the park. He pushes Vincent to his knees and holds the gun on him. Vincent insists he already told him everything he knows. For his sake, Ben hopes that’s not true.

On the next Days of Our Lives: Vincent’s information about Ciara could change everything.

Look through the photo gallery of our picks for a Hope recast below and then get your free daily soap-opera fix for Days of Our Lives — and all of the other daytime dramas — delivered straight to your email inbox by signing up for Soaps.com’s newsletter. 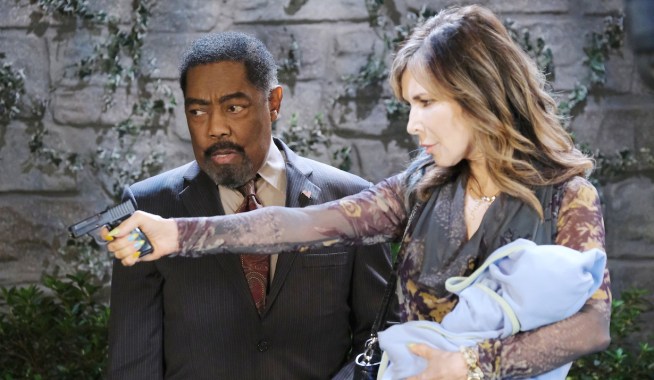 Kate Subdues Clyde, Then Focuses Her Vengeance on Someone Else 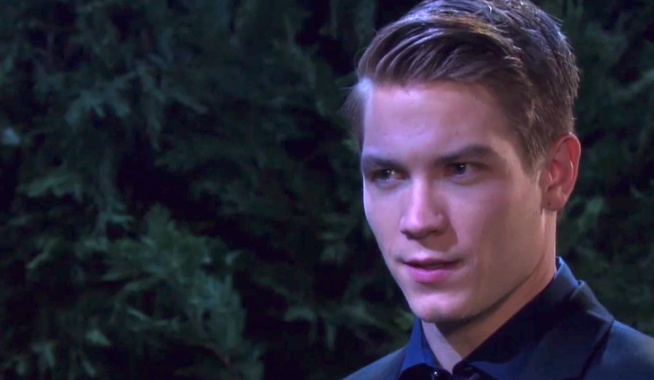