Kate Subdues Clyde, Then Focuses Her Vengeance on Someone Else

Thursday October 29, 2020: Today on Days of Our Lives, the blackout nightmare comes to an end, as Ben refocuses on vengeance and Rolf makes a request of Gwen. 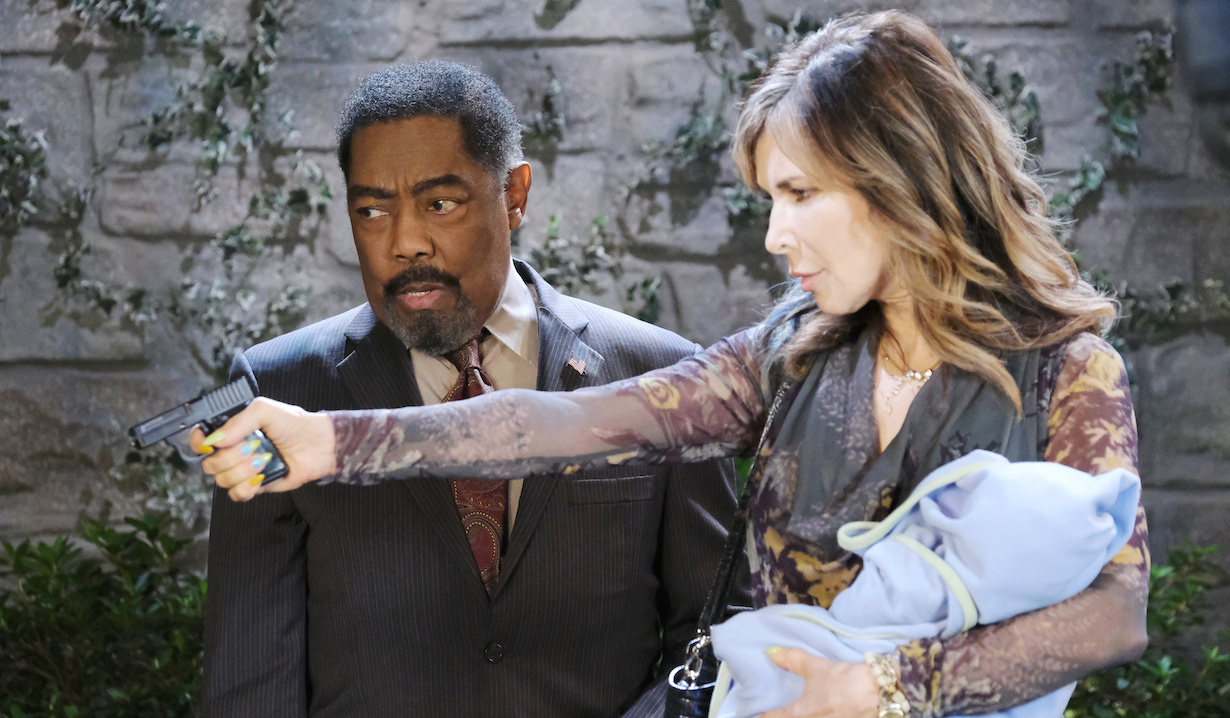 After Kate shoots Clyde in the park, he falls to the ground, but is still alive. She tells him he made a big mistake threatening her grandson. He says she didn’t have to shoot him. She responds, “Maybe I wanted to. Maybe I still do.” Abe comes upon the scene and calls for cops and an ambulance. When Kate continues to seethe at Clyde, Abe asks for the gun so she can take the baby to Allie. Otherwise, he’ll have her arrested. Kate hands it to him and leaves. 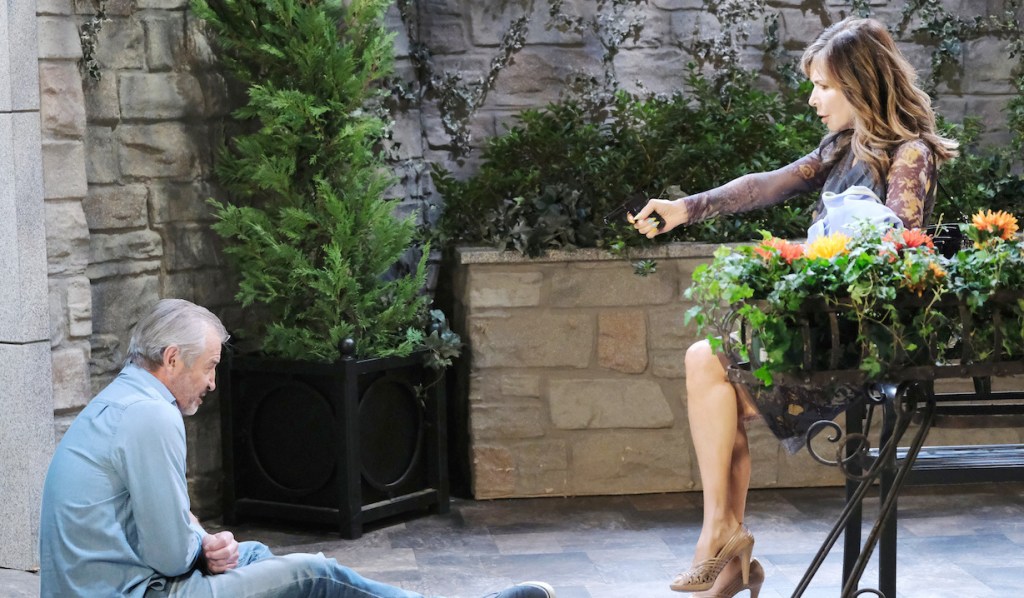 At home, Nicole tries to reassure Allie it’s not her fault Henry was kidnapped. Allie just loves Henry so much. She can’t stand not knowing if he’s okay. Kate brings Henry home to them. Allie holds him as Nicole makes her and Kate martinis. Kate relays what happened, nonchalantly mentioning she shot Clyde. Privately, Kate thanks Nicole for helping Allie when her family couldn’t. She then asks to talk to Allie alone. Nicole heads to the bedroom, as Kate tells Allie she knows about the rape. When Allie blames herself, Kate says she can’t always stop bad things from happening, but she can make sure the people who hurt her pay. After Kate leaves, Allie tells Nicole it hit her tonight how much she loves Henry. Nicole assures her the nightmare is over. Alone, Allie holds Henry and sings to him. 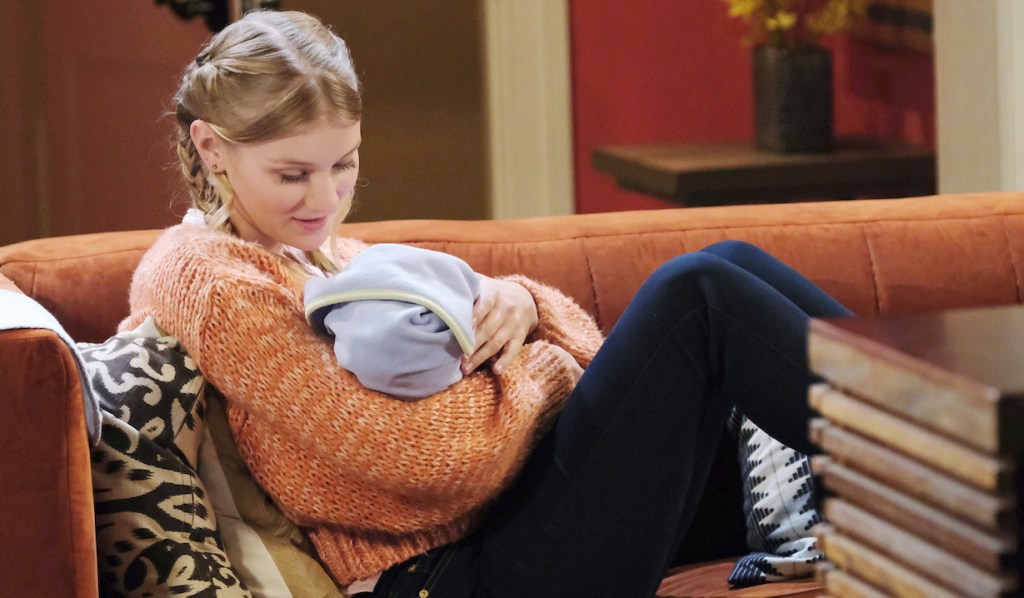 Steve walks through the Square and gets a call from Shane.

In Rolf’s lab, Kayla yells that she won’t let Rolf touch her body. She tries to leave, but the door is locked. Rolf injects her with something that prevents her from moving. Before he can do anything though, Steve bursts through the door and rushes Rolf.

At the police station, Ben gives Eli his word he’ll help bring in Clyde. Eli scoffs. After Rolf has been brought in, Ben asks about Clyde. Eli tells him he’s been shot. Ben wants to talk to him. Eli thinks he should charge Ben with aiding and abetting. However, Ciara’s memorial is the next day, so Eli tells Ben to get out of his face. He adds, “Don’t make me regret this.” Eli then gives Rolf, who is in the interrogation room, a phone for his one call.

Steve brings Kayla tea in her office. Rattled, Kayla says she just wants to feel safe. Steve holds her. She recounts how she couldn’t do anything as Rolf took pleasure in having control of her. The last time she felt that much rage was when she was raped. She relates it to Allie and Tripp. She wonders if Steve will be able to accept it if Tripp did what Allie is accusing him of. Steve tells Kayla he loves her. She’s more important to him than anyone. If it turns out Allie is telling the truth, he’ll accept it. Kayla assures him they’ll deal with the DNA test results as they deal with everything. Steve says, “Together.”

In the DiMera mansion, Chad learns on the phone that Rolf has been captured. Abby notes Gwen is white as a sheet upon hearing the news. They assure her she’ll never have to deal with him again. Gwen gets a call from Rolf who threatens to expose her unless she comes to help him. Gwen tells Chad and Abby she has to see a friend who is panicked about what happened tonight and leaves. Once alone, Chad muses on Rolf’s escape and Gwen’s behavior, noting she seemed scared by the call from a friend. Not to mention, he thought Claire was her only friend. Abby calls Gwen the closest thing she’s had to a best friend in a long time. 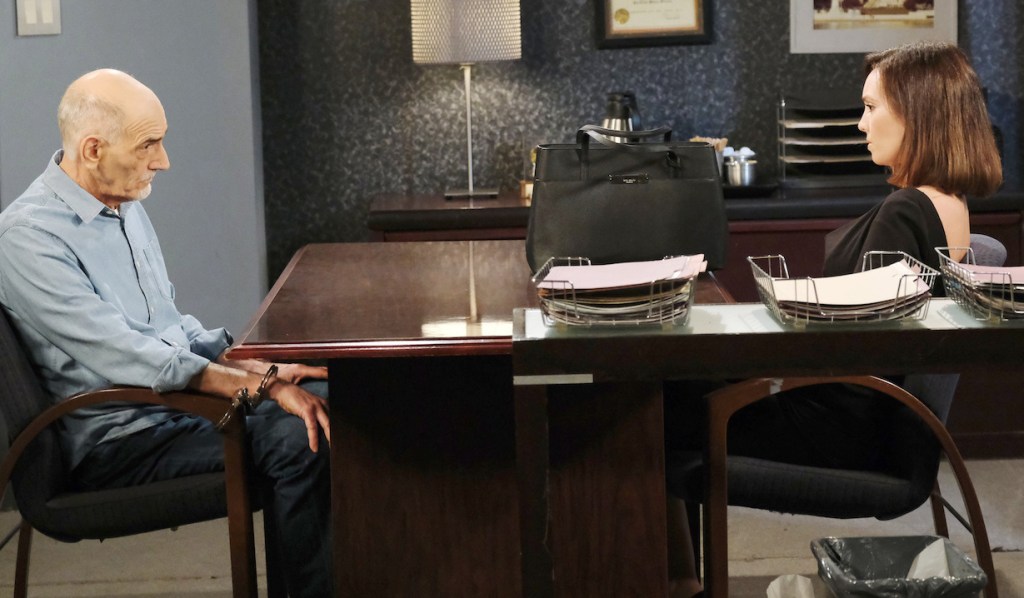 Gwen enters the interrogation room. Rolf suggests she create a distraction so he can slip out. She thinks that too suspicious. She counters, if he wants to see Chad pay, he should watch as she blows Abigail’s life to hell. Rolf promises to keep her secret, but in exchange, there is one thing he wants from her.

Ben visits Clyde in his hospital room. Clyde’s happy to see his son, but Ben rants about God taking Ciara and letting someone like Clyde live. Clyde can’t change how Ben feels about him, but he would like to help him. He offers to kill Vincent. Ben declines. He wants Vincent to know it was him who made him pay for Ciara. 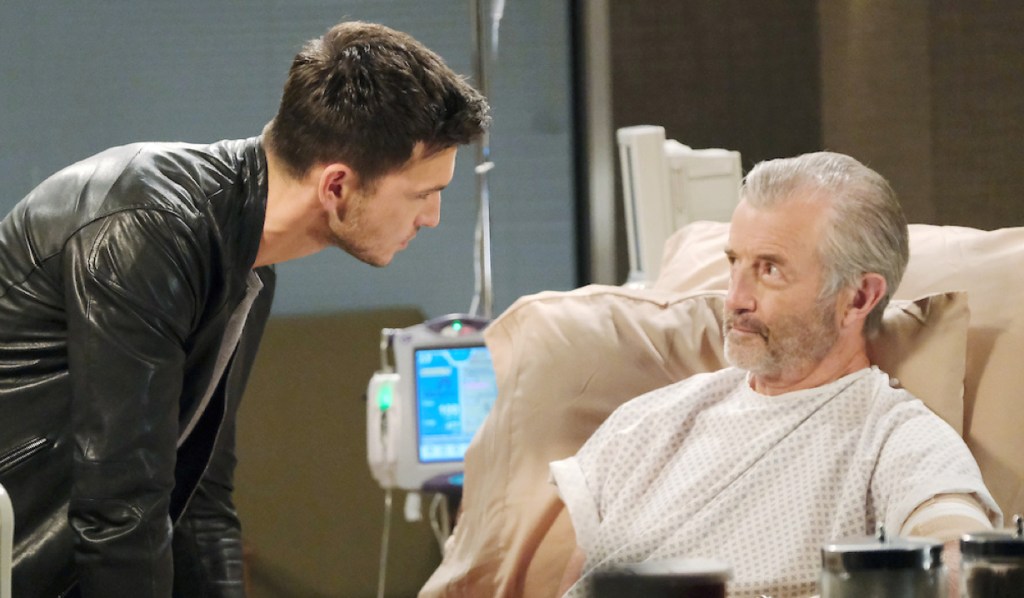 Kate and Abe meet in the Square. She wonders what he’s going to do about Tripp raping Allie. Abe tells her the case is ongoing and there’s an issue with jurisdiction. Kate won’t let Tripp walk on this. She will make him pay if the courts won’t.

On the next Days of Our Lives: Jennifer finds a note from Hope, and Kristen’s fate is revealed.

Take a look at daytime’s biggest teen idols in the photo gallery below. Then, get your free daily soap-opera fix for Days of Our Lives — and all of the other daytime dramas — delivered straight to your email inbox by signing up for Soaps.com’s newsletter. 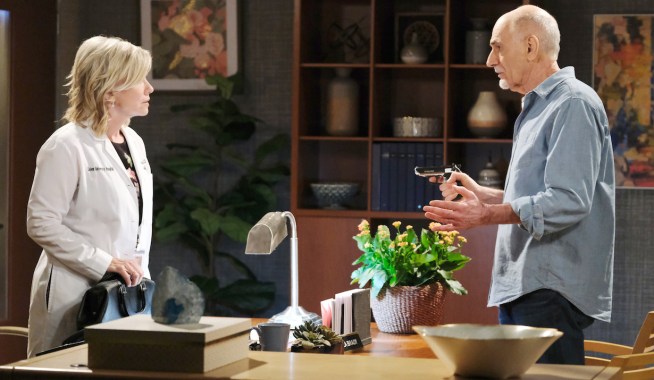 Rolf Needs Kayla to Carry Out His Most Outrageous Plan Yet 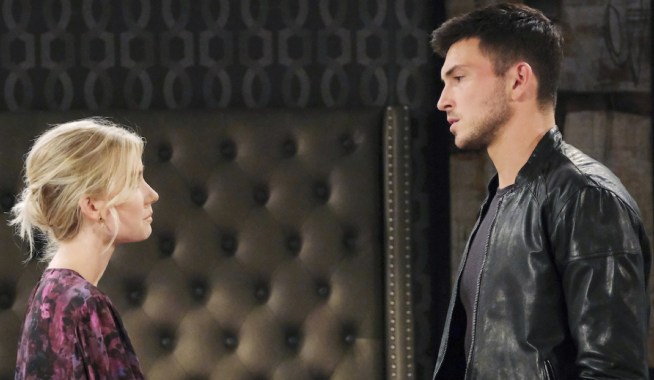