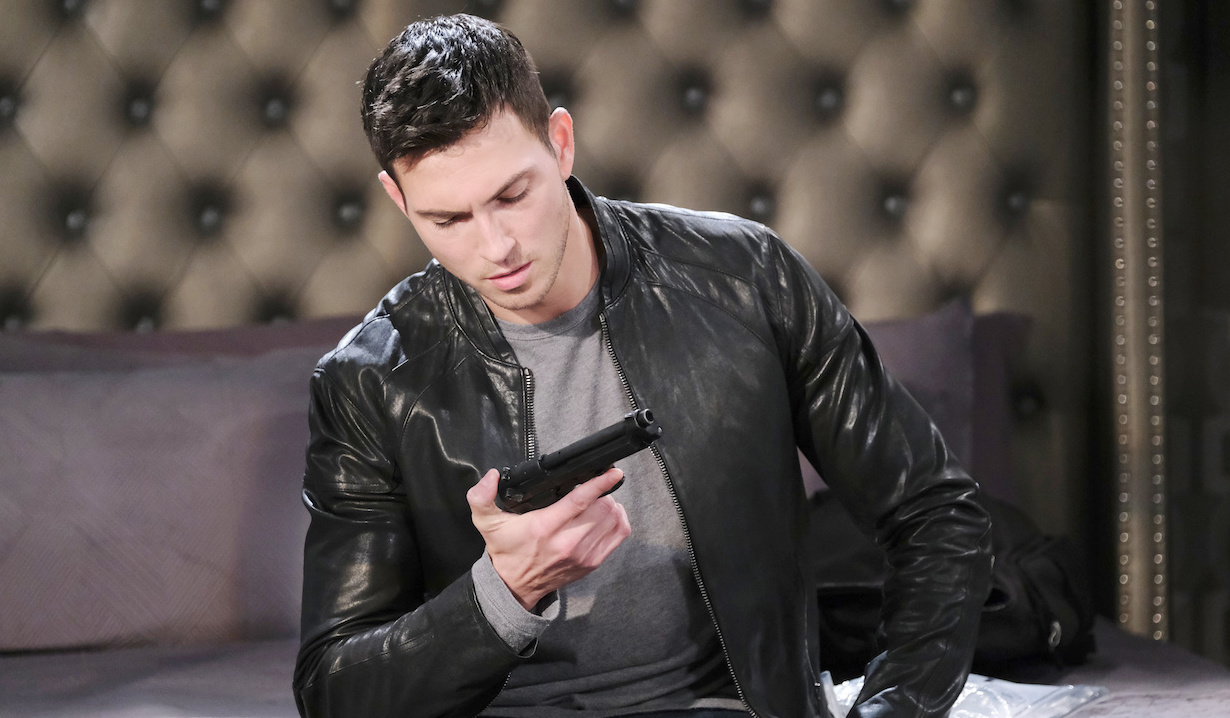 In the Titan office, Philip calls his mystery person. He tells them Xander has been hired back. How’s he supposed to move ahead with their plans now? He quips he could kill Xander, as Belle appears. She points out that a guy who was just brought to the station for threatening to do away with Jan should perhaps consider not making threats against other people. He says that he’s pretty sure the reason Shawn was so gung-ho to see him charged had less to do with Jan than it did their long-ago affair. Belle insists that Shawn knows better. Perhaps, says Philip, but Shawn still helped Xander forward his plot with Jan. Belle points out that her husband could care less about the Philip/Xander feud, but Philip still isn’t thrilled by the way things went down. Belle suggests her ex find another attorney, but relents after Philip pleads with her not to abandon him. She urges him not to threaten to kill anyone else before she leaves. Philip gets back on the phone, wondering how he’s supposed to launder money with Xander looking over his shoulder. He says they have to find another way to get rid of it.

More: Gwen’s diabolical plans could be all about Jack

After Kristen confesses at the station to Victor’s attempted murder, Brady tries convincing her to retract her statement. She declines, determined to make sure that Lani and Eli’s relationship doesn’t take a proverbial bullet because of her. “Honestly,” says Kristen, “I just want this all to be over!” Kristen tells Brady she weighed all the options and this was the best one. Brady disagrees. He won’t lose her again. Kristen says her decision is final. Brady responds, “Not if I have anything to say about it.” Kristen orders Brady to keep his mouth shut. Belle enters furiously demanding Kristen explain why she’s changing her plea to guilty. 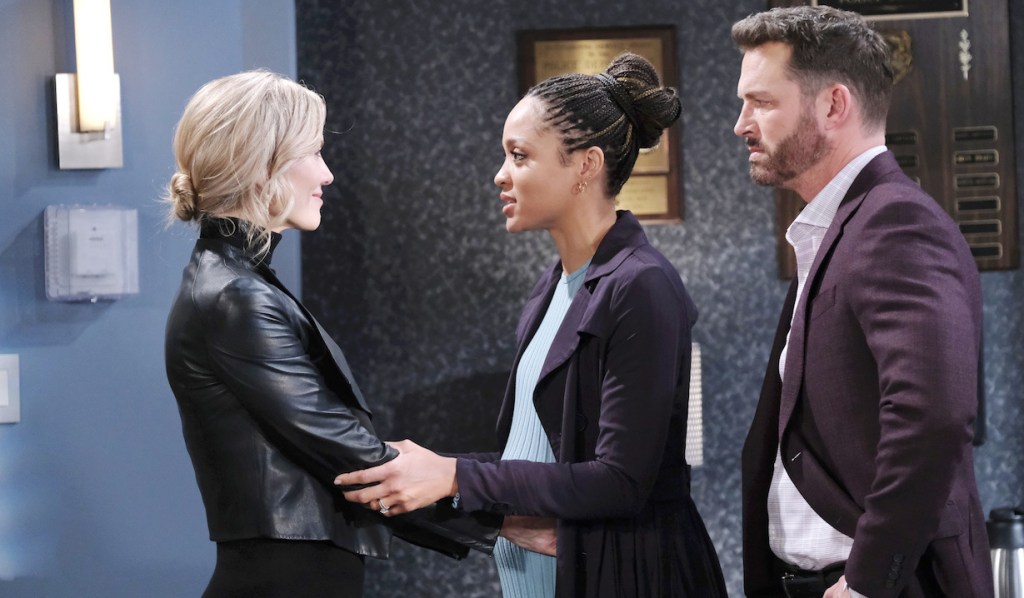 More: Kristian Alfonso’s video goodbye to Days — and you

In the park, Eli fills Abe in on everything that’s gone down over the past few days, including the fact that Melinda blackmailed him into getting incriminating evidence against Kristen. Abe rants about Melinda going after his daughter and for forcing Eli’s hand. Abe promises Eli his secret is safe with him. They hug as Lani approaches wondering what’s going on. Abe says he’s just happy they worked things out and can have a wonderful future together. Lani doesn’t buy it at first and then relays the news about Kristen. She doesn’t know why she changed her plea. 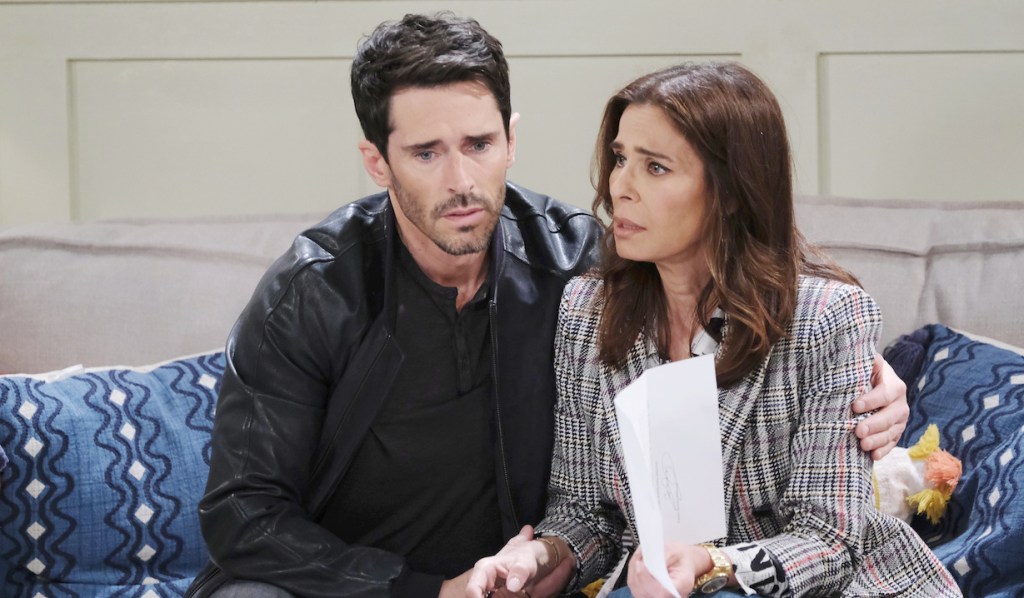 At home, Hope and Shawn read a report which seem to confirm the bullet casing found at the scene of the explosion matches those from Vincent’s gun. They deduce Ciara is dead. Hope can’t bring herself to tell Ben over the phone. She asks Shawn to do it in person. After Shawn has left, a devastated Hope clutches a picture of Ciara and weeps. 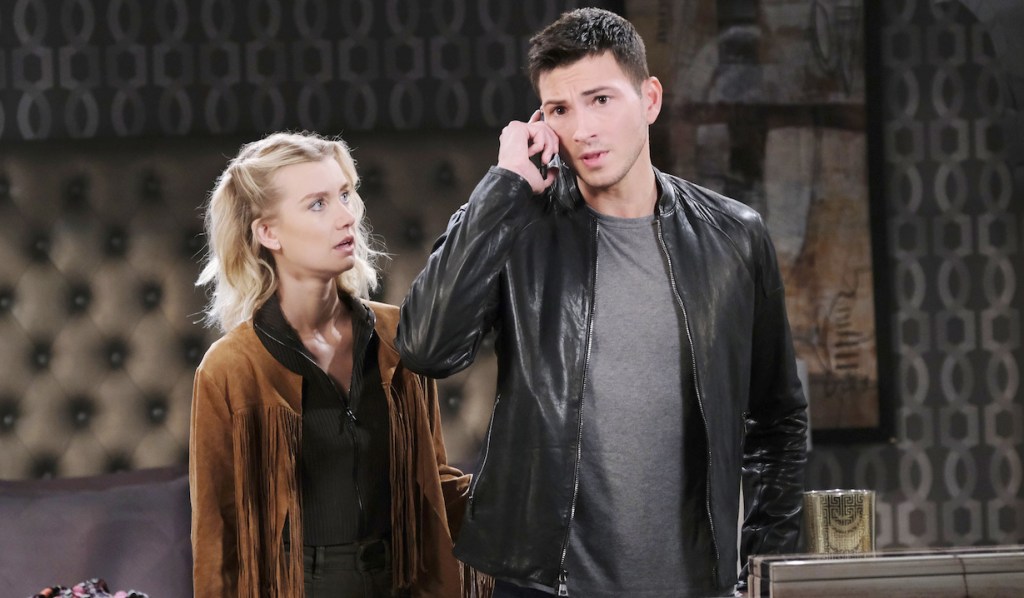 Claire arrives at Ben’s hotel room. She tells him she’s planning a memorial service for Ciara, but he wants nothing to do with it. He vows to do away with Vincent and starts to leave, but Shawn shows up. He tells them the report confirmed the bullet casing was from Vincent’s gun. Shawn comforts Claire as she cries. Emotionless, Ben sits down and says they still don’t know that Ciara is gone. Claire offers to cancel the memorial. Ben tells her to do what she thinks is best, but for now he wants to be alone. Shawn declares they’ll get through this together and leaves with Claire. Alone, Ben looks at Ciara’s rings and tears up. He picks one up then puts it back on the desk, grabs his bag, and leaves. When he returns, he pulls out the evidence bag with Vincent’s gun in it. He holds the gun staring at it.

Next week on Days of Our Lives: Lucas gets devastating news and John goes off.

As today is Kristian Alfonso’s last airdate as Hope, relive her time on Days of Our Lives in the photo gallery below. If you haven’t already, get your free daily soap-opera fix for Days of Our Lives — and all of the other daytime dramas — delivered straight to your email inbox by signing up for Soaps.com’s newsletter. 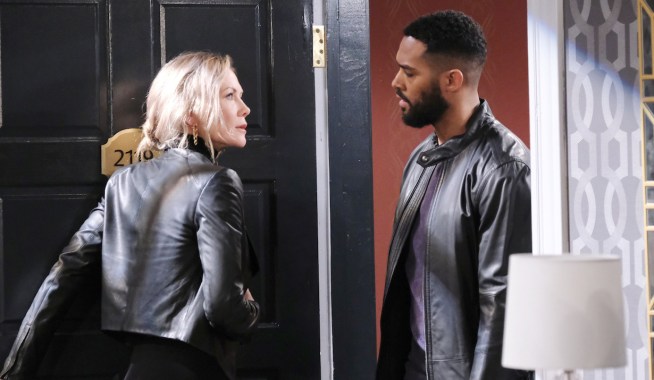 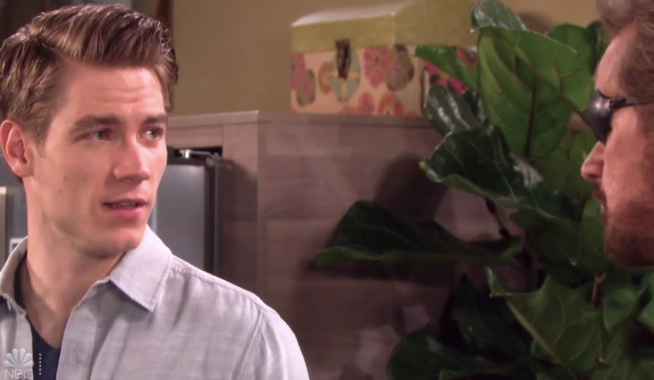