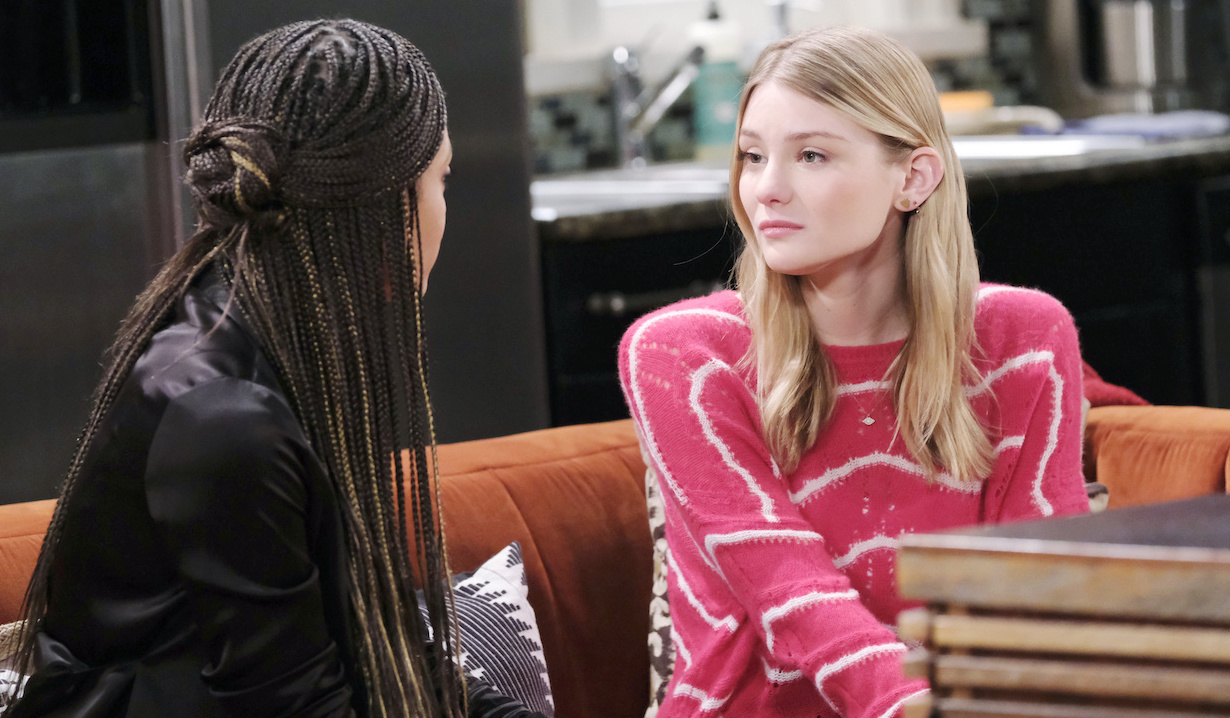 Melinda heads into the interrogation room at the SPD after Lani gives her the laptop. Panicked, Eli asks his wife if she deleted the surveillance video. Lani says she didn’t because it’s not the kind of cop she wants to be. Eli worries she won’t be a cop at all if Trask watches the footage. He doesn’t understand her loyalty to Kristen but he loves her for being more concerned about friendship than her job. Eli says he’ll talk to Trask to try and diffuse the situation. Before he can, Hope enters with Vincent and relays how she found him. Ben rushes in and grabs Vincent. He says, “Talk. Or I’ll kill you.” Eli and Hope pull Ben off. Eli orders Hope and Ben to take a walk. They reluctantly leave. Melinda walks out to summon Eli. In the interrogation room, Melinda plays the footage of Lani leading Kristen out of the station for Eli. He tries to explain it away but Trask believes Lani helped her escape. She then plays him more damning footage. She thinks it could put Lani away for years but if he gets her proof of Kristen’s guilt she’ll ignore it. Back in the squad room, Lani questions Vincent who remains silent. She understands his pain but reminds him he is hurting all the people who loved Ciara, not just Ben. She wonders how Wendy would feel about what he’s doing. 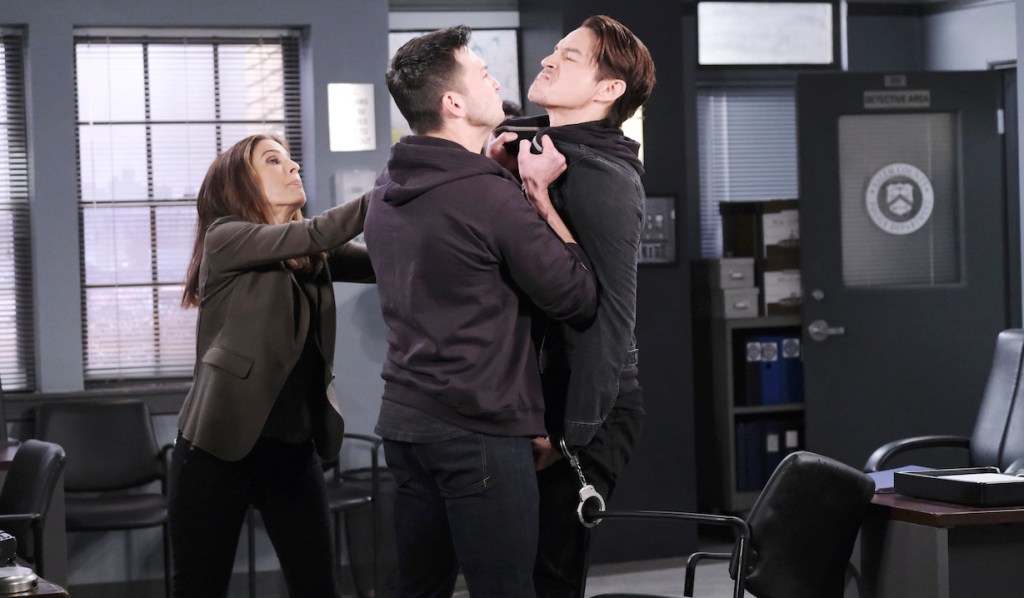 Nicole talks to Eric on the phone at home. She hangs up when Allie comes out to the living room. Nicole stops her as she tries to rush out. Nicole wants to finish their conversation from the night before. Allie tries to brush past it but Nicole knows something is bothering her. After some gentle encouragement, Allie tearfully admits she got so drunk that she passed out and ended up with a baby. Nicole consoles her and asks what’s the last thing she remembers. Allie remembers Tripp taking her home but nothing until the next morning when he was gone. Nicole asks if she was so wasted she couldn’t agree to sleep with him. Allie isn’t sure but then remembers him being on top of her. Nicole reminds her if she was too drunk to get home by herself she was too drunk to give consent. Allie wonders how they can be sure she didn’t. Allie says whenever she thinks about that night she gets a bad feeling. Nicole grabs her wrist encouraging her to remember more. Allie pulls away and remembers a hand on her wrist that night. She gets more upset and recalls saying no. Nicole thinks they should go to the police. Allie hesitates but eventually agrees. 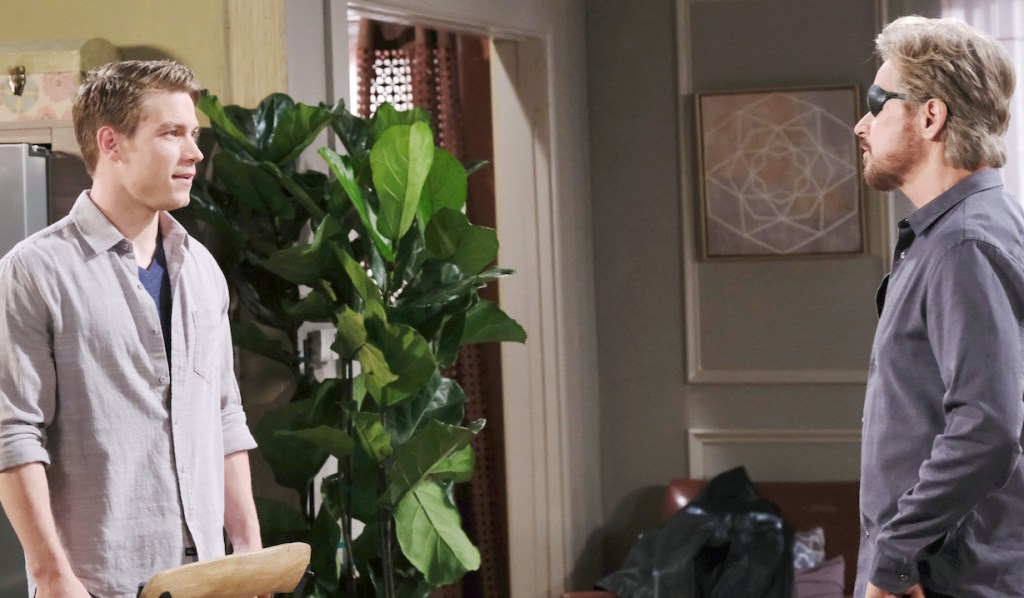 Kayla makes Steve breakfast at home. He looks dismayed when she says he just missed Tripp. Kayla asks if everything is okay. Steve tells her about Tripp’s connection to Allie. Kayla wonders if Tripp is the father of Allie’s baby. Steve hasn’t been able to get an answer out of him but wants to help him step up to the plate if he is.

More: Is Days setting up a murder mystery?

Roman finds Tripp sitting outside the Brady Pub. Tripp offers his condolences over Ciara. They head inside the pub and discuss the situation. Tripp then brings up Allie. As they talk about the baby Hope and Ben enter. Hope sits alone with Roman and fills him in. Hope says she’s coping by just being numb, by pushing her emotions down. Roman understands. She cries as she says she just wants her baby girl back. At another table, Tripp tells Ben he’s sorry about Ciara and then gets a message from Steve who wants him home. Later, Hope gets a call from Lani who says Vincent wants to talk to her and Ben right away.

Nicole calls Lani over to her apartment. Allie tells the cop she wants to report a rape.

Ben and Hope return to the station. Vincent says he’ll tell them everything they want to know.

Tripp comes home to Steve who asks if it’s possible he’s the father of Allie’s baby. Tripp insists he’s not because he never slept with her.

On the next Days of Our Lives: Ciara’s fate is revealed and Melinda turns up the pressure.

Take a look at our gallery of the characters who could forever be changed by Ciara’s death then get your free daily soap-opera fix for Days of Our Lives — and all of the other daytime dramas — delivered straight to your email inbox by signing up for Soaps.com’s newsletter. 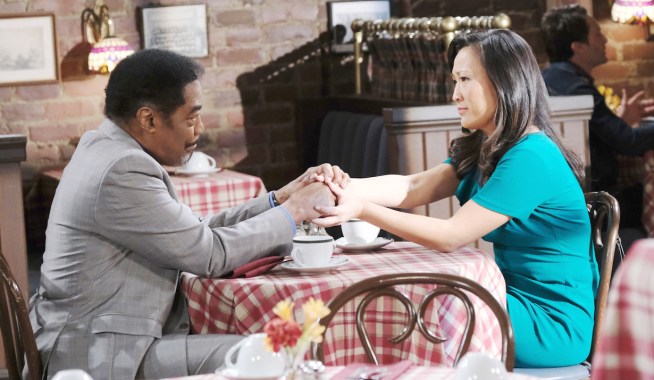 After Lani and Eli Discuss Deleting Incriminating Footage, She Turns Over the Surveillance Video to Trask 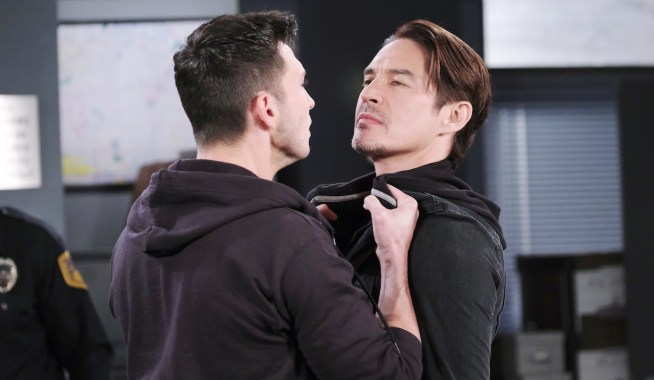