Wednesday September 30, 2020: Today on Days of Our Lives, Ben and Hope team up, Xander defends himself to Sarah, and Jan plays games. 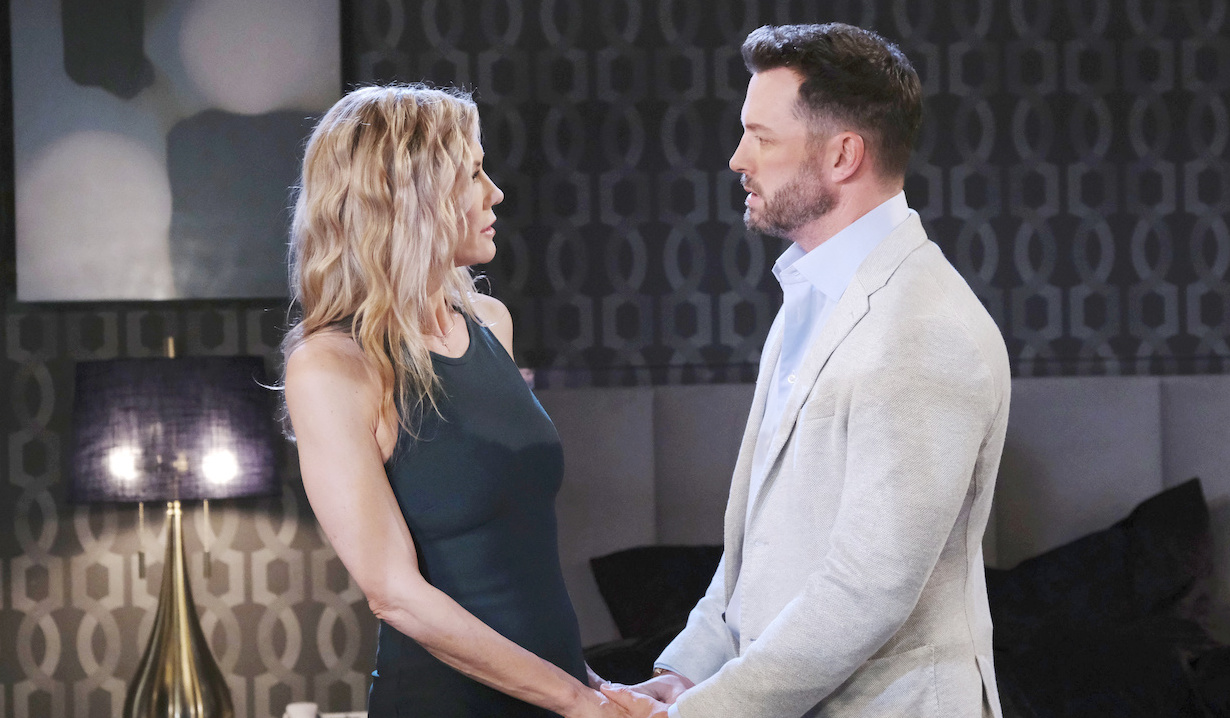 Belle accompanies Kristen back to her room after she was granted bail. Brady and Rachel soon follow. Brady walks Belle to the door and thanks her for all she’s done. Belle urges her brother to make sure Kristen behaves. Once alone, Kristen tells Brady they should run. Brady reminds her if she leaves she could never come back. She’ll be a fugitive. Kristen thinks it would be better than being locked up in a cage away from her daughter. Brady doesn’t want a life on the run for Kristen and their daughter. He urges her to stay and fight and talks about how much he loves her, but says the call is hers. What does she want to do? Kristen agrees to stay. They passionately kiss and fall back on the bed. 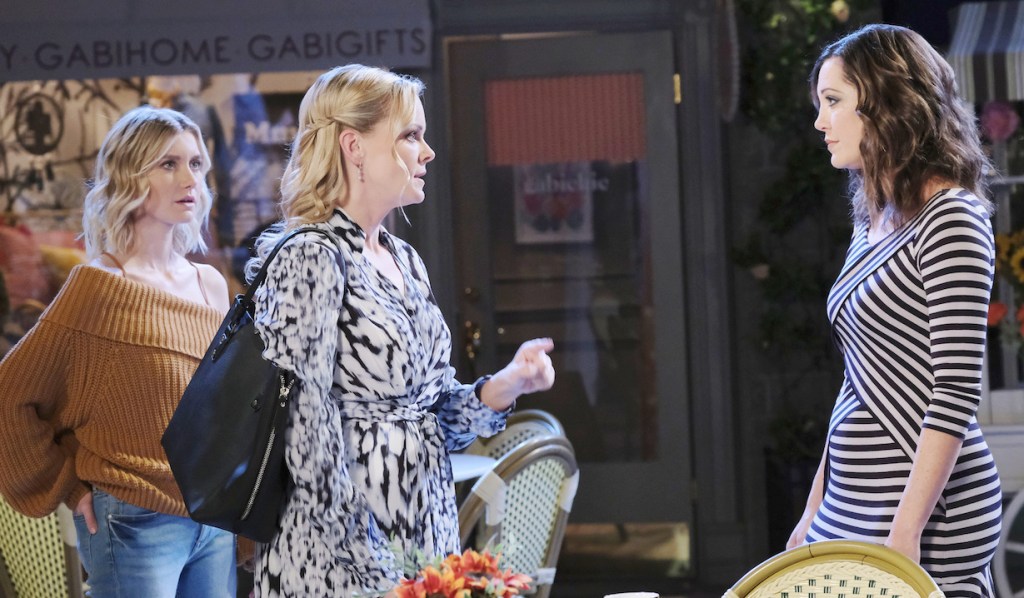 Belle happens upon Jan emotionally manipulating Claire in Horton Square. She demands to know what Jan is doing with her daughter. Jan warns Belle she’ll have her arrested next if she’s not careful. She tells them about Philip, but insists she doesn’t want to see him locked up. She just wants to feel safe. She smirks wondering if Belle knows a good lawyer for him. 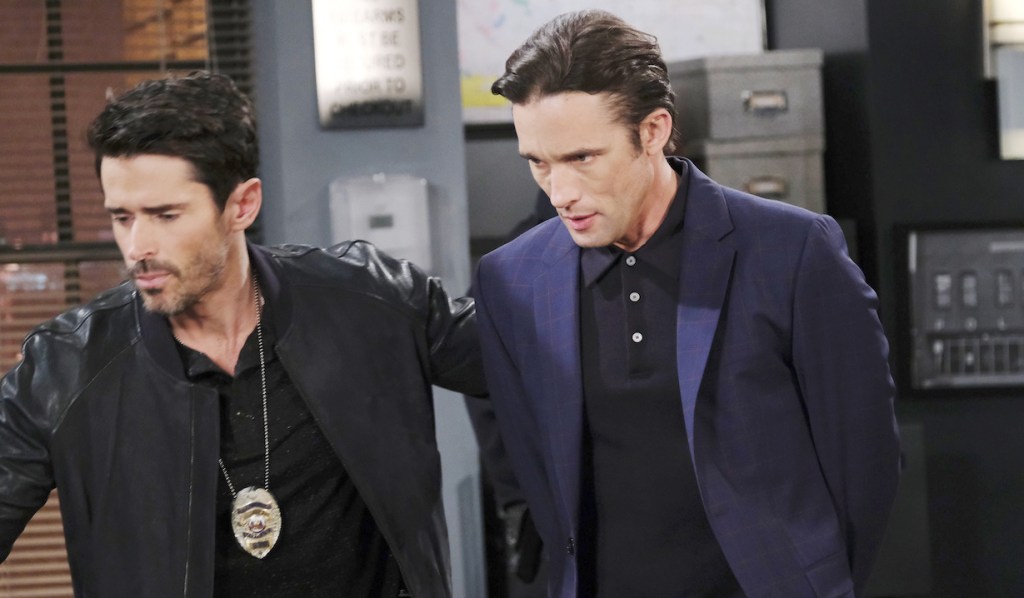 Shawn brings a handcuffed Philip to the station. Philip knows this is personal for Shawn and he won’t let him get away with it. Shawn insists he’s just doing his job but Philip accuses him of being jealous of him and Belle. Shawn insists their relationship is solid and that Belle wants nothing to do with him. Belle and Claire walk in. Belle announces she’s there to represent Philip and tells the men about her run-in with Jan. She walks away to confer with Philip, who smirks at Shawn. After they’ve gone, Shawn orders his daughter away from Jan. Claire defends her but says she has more important things to worry about, like Ciara. In the interrogation room, Philip tells Belle this all about Shawn hating him. Belle is only focused on Jan being a threat to them and using her daughter. Belle returns to Shawn after Claire has left. She ticks Shawn off when she passes on dinner to arrange for Philip’s bail. 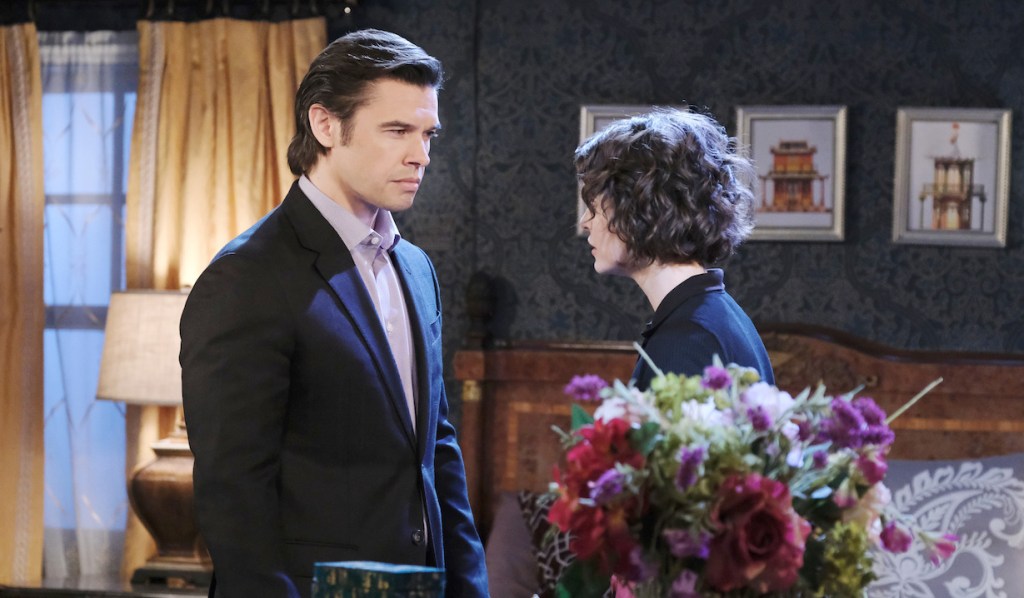 Xander and Sarah argue about Philip in their room at the Kiriakis mansion. Xander defends himself but Sarah thinks he should take the high road and treat his cousin with respect. He doesn’t appreciate being lectured and wonders why she’s being so protective of Philip. Sarah yells that she’s protecting him, not Philip. She doesn’t want him to fall back into old habits. She’d rather watch him fail at business than watch him succeed by being underhanded. She warns if he goes back to his old ways it will be over between them. All Xander wants is to make her happy. All his other ambitions pale in comparison. She wonders if he’d give it all up to just dote on her. He’d do it in a heartbeat. The only thing he won’t give up is her. He is deeply sorry if his behavior made her think less of him. Sarah says she is so in love with the man who wants to be better for her. She won’t let that guy go without a fight. They kiss. Xander promises to make it right and makes a call. 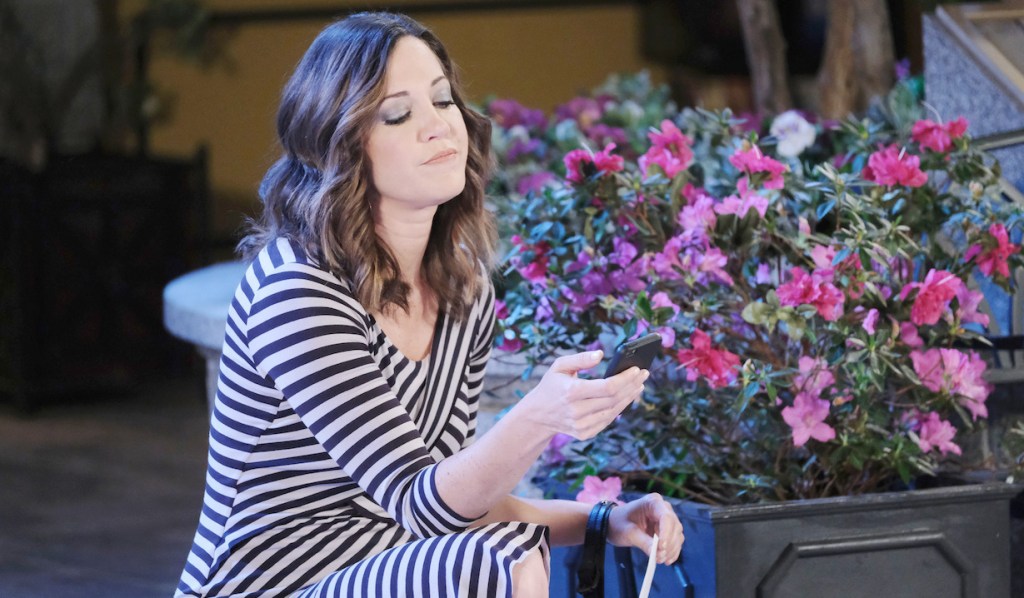 While walking through the Square, Jan’s phone rings. She ignores it and says, “Don’t worry Xander, I’ll make sure Philip gets what’s coming to him.” She picks something off the ground. Later, she surprises Claire at home when she lets herself in. Claire’s rattled. Jan gives Claire a photo of Ciara she dropped in the Square and leaves.

After Xander leaves a message for Jan to drop the charges against Philip, he promises Sarah to stay clear of her. Sarah is please and confident he will end up on top. That sounds good to him. They make out.

Hope draws her gun when she finds her hotel room door ajar. She kicks it in and sees Ben. She updates him on her lead on Vincent then asks if there’s anything he remembers about the explosion. He didn’t see anything but smoke and flames. He didn’t see Ciara’s body or hear her voice. Hope thinks there’s still hope then. They eat pizza and Ben notices she folds it just like Ciara. He points out other similarities including being fearless. He vows to never give up on Ciara. Hope gets a call about Vincent using his credit card and they run out.

Hope draws a gun on Vincent in a park as Ben grabs him. Hope demands to know where her daughter is. Vincent won’t talk so Hope arrests him.

On the next Days of Our Lives: Kristen turns to Marlena and someone tips off Melinda.

After Lani and Eli Discuss Deleting...