Friday September 25, 2020: Today on Days of our Lives, Nicole asks about the baby's father, Claire gives Ben hope, and Gwen puts a new plan in motion. 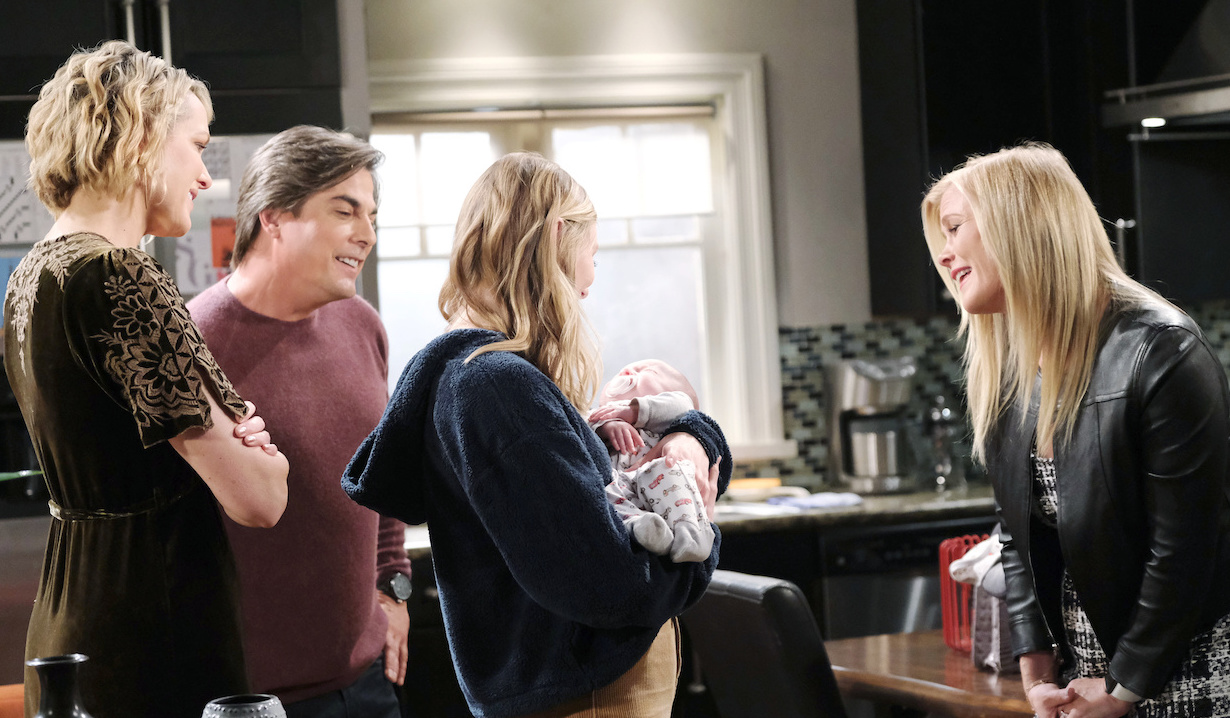 In the prison visitors’ room, Gwen tells Rolf the plan hit a snag with Abigail who returned from the clinic. She reminds him he promised the drug he used on her would take her out, but that didn’t happen. She recounts how she tracked him after researching the drug he created while she was in Bayview. He admits he always thought of Abigail as a thorn in Stefano’s side. Gwen asks him to get her another dose of the drug so she can melt Abby’s brain. He can’t do that because with Gabi out of town, there isn’t anyone left to take the fall. Instead, he suggests she target everything Abigail holds dear and take it for herself. Rolf wonders why she wants to ruin Abigail’s life. Gwen responds that she has a very good reason to hate her and Rolf will find out when everyone else does.

More: Nicole’s future without Eric has many soapy possibilities 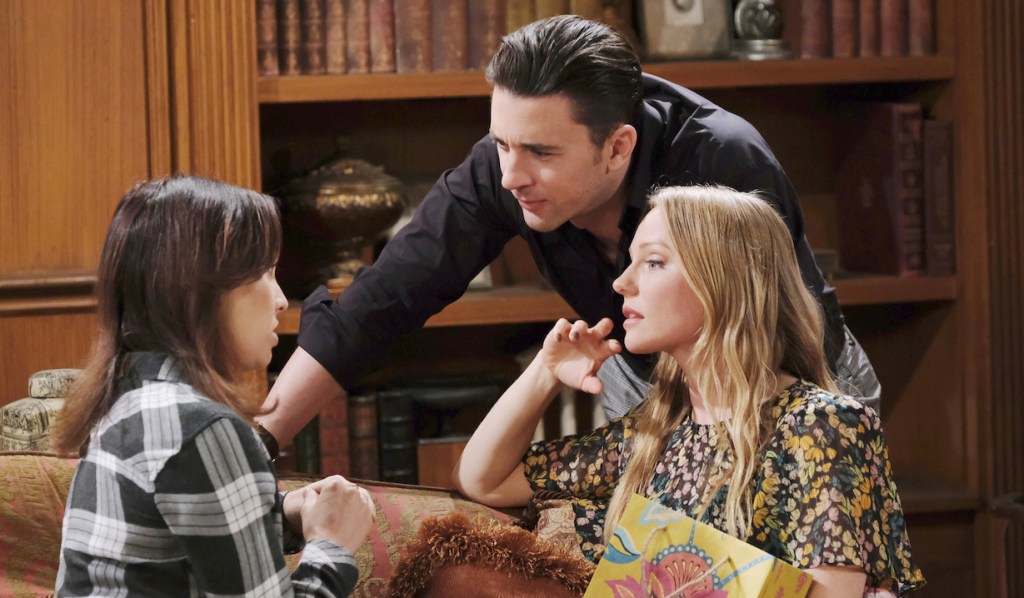 Lucas enters the DiMera living room with a suitcase, surprising Abigail and Chad. Allie follows, announcing she’s moving back in with Nicole. After Allie and Lucas leave, Abigail tells Chad she wants to go back to work. He worries she’ll put to much pressure on herself, but she says working at The Spectator gives her purpose. She needs to put her time in the clinic behind her. Gwen returns, interrupting a kiss between the marrieds. She gives Abigail a gift asking if they can be friends. Abby agrees and Gwen hugs her. When Abigail tells Gwen she’s going back to work, Chad declares they don’t have a nanny anymore. Gwen offers her services. 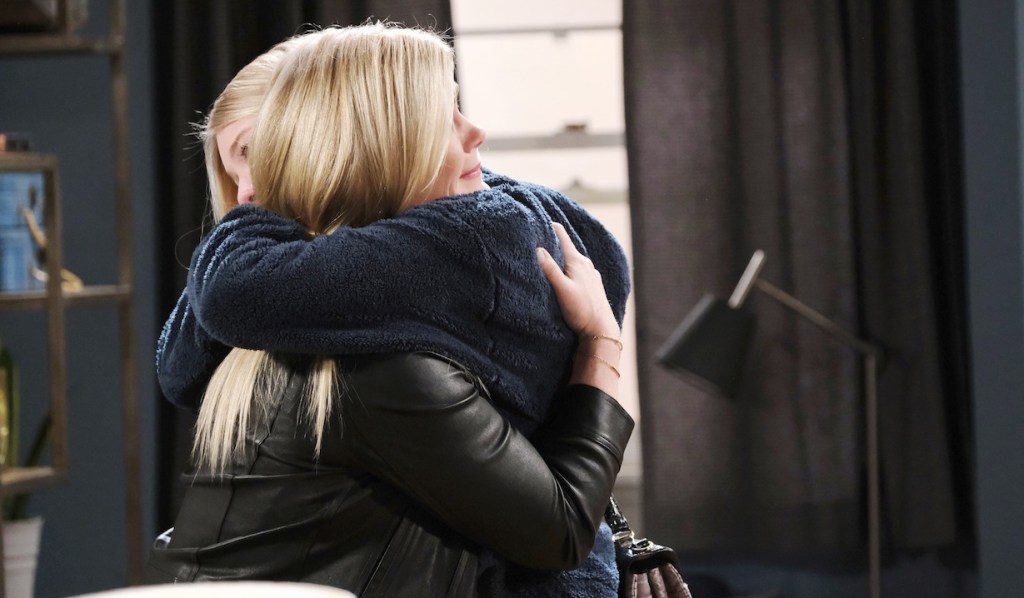 As Nicole talks on the phone with Eric on the phone, Sami knocks on the door. She enters with the baby as Nicole hangs up with her husband. Sami warns Nicole not to get too attached to her grandson. Nicole assures her she won’t stand in Allie’s way if she wants to be a mother. Sami says she better not. Allie and Lucas show up. Sami puts the baby in her daughter’s arms and suggests it’s time to give him a name. Allie hesitates but then starts rattling off names. Lucas points out they’re all from the group One Direction. Allie then settles on Henry Lucas. Lucas beams. Nicole takes the baby in the other room to change Henry while Lucas leaves to wait in the car to take Sami to the airport. Alone, Sami promises to always be there Allie. Their bond is unbreakable whether Allie likes it or not. She tells her daughter she loves her and starts to walk away. Allie stops her and runs into her arms. “I love you too,” she says. After Sami has left, Nicole brings up the subject of Henry’s father. Allie makes it clear he is a sore subject and leaves to get diaper rash cream. Nicole is left wondering why Allie doesn’t want to talk about Henry’s father.

More: A tale of two Abbys on Days?

As Lucas and Sami walk through Horton Square. They share a nice moment discussing Allie and the baby. Lucas also assures Sami he’ll miss her. She’s counting on him to look after Henry Lucas. 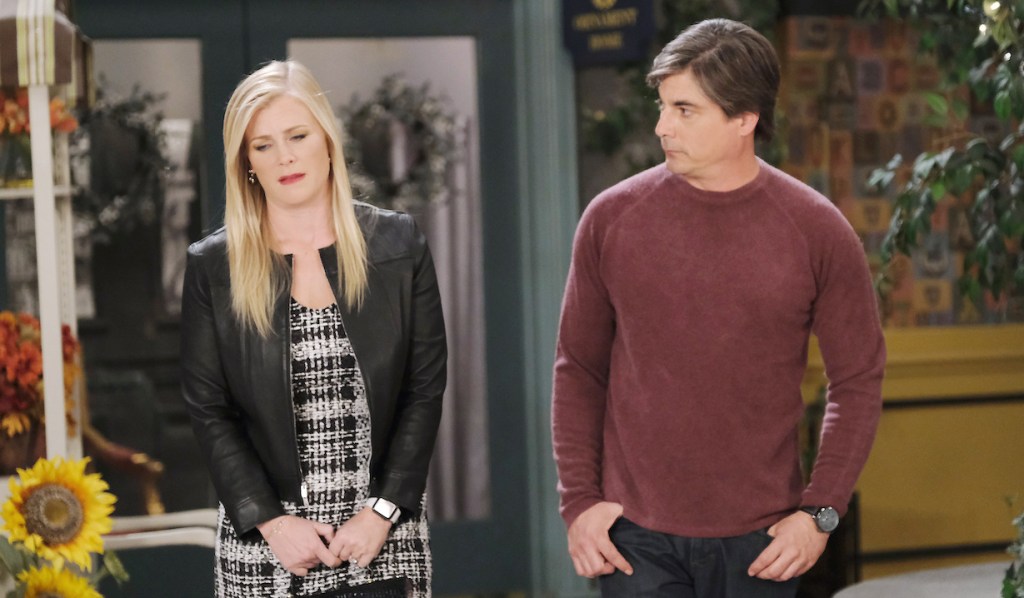 At home, Tripp helps Kayla make an apple pie. After talking about Ciara, Tripp tells Kayla he wants to stay in Salem. He wonders how she feels about him finishing his med school there. There’s no excuse for what he did to her in the past. He’ll understand if she doesn’t want him near University Hospital. Kayla doesn’t think he’s the same person he was back then. Tripp confesses he framed Ben for setting the fire that almost killed Ciara. Kayla appreciates his honesty but she knows what a good person he is. She believes he’ll be a brilliant doctor and the hospital will be lucky to have him. She gives him her blessing to transfer there. She suggests he go to the school to see what he needs to do that.

Allie walks through the park and bumps into Tripp. She looks unhappy and says, “Oh my God. It’s you.” 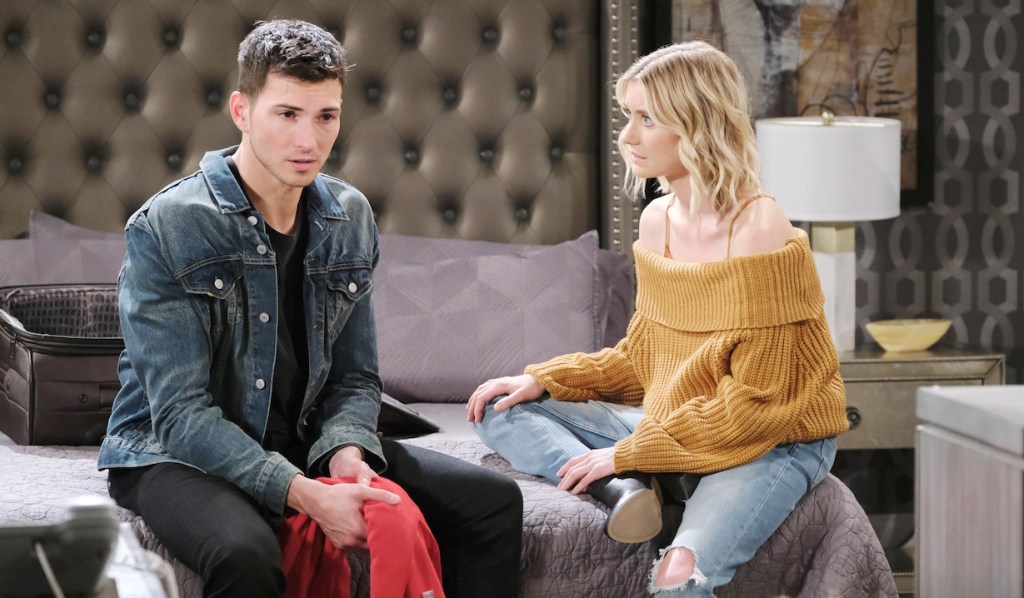 Ben walks into his room and sees Ciara’s suitcase on the bed. He hears a noise in the bathroom and thinks it’s her, but Claire walks out. She explains she brought the suitcase Ciara left behind in New York. She thought he would want it. As he goes through its contents, he laments not believing Claire earlier. If he had trusted her he might have figured out Eve was after him sooner and Ciara would still be there. Claire tells him Hope thinks Ciara is still alive and is looking for Vincent. Ben packs a bag, says he’s going to help Hope and rushes out the door.

On the next Days of our Lives: Steve gets good news. 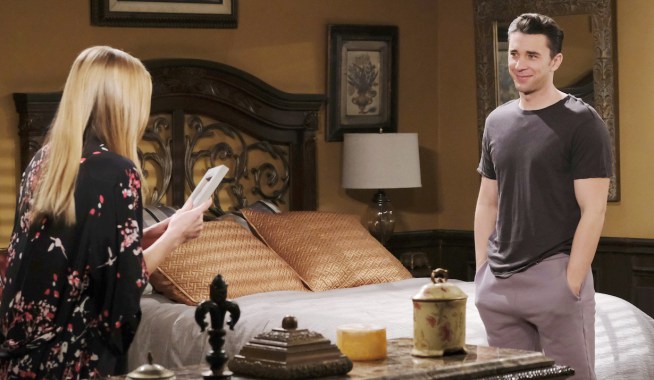 Thwarted in Her Attempt To Drug Abigail Again, Gwen Meets With Her Partner in Crime [SPOILER] 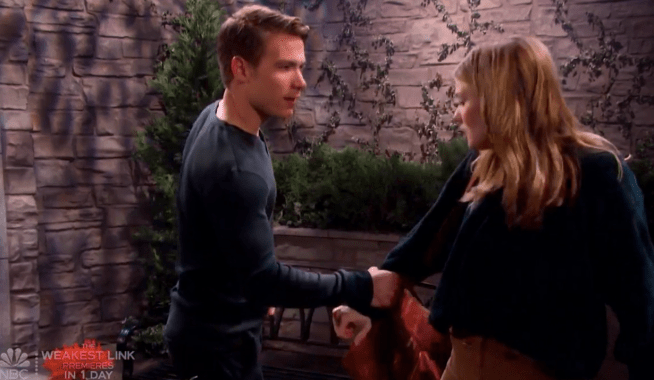 True Thompson, 4, & Stormi Webster, 4, Do The ‘Cutest Dance’ With Firefighters In New Video