Eric Says Goodbye to His Family, As Allie Hits Nicole With a Major Request 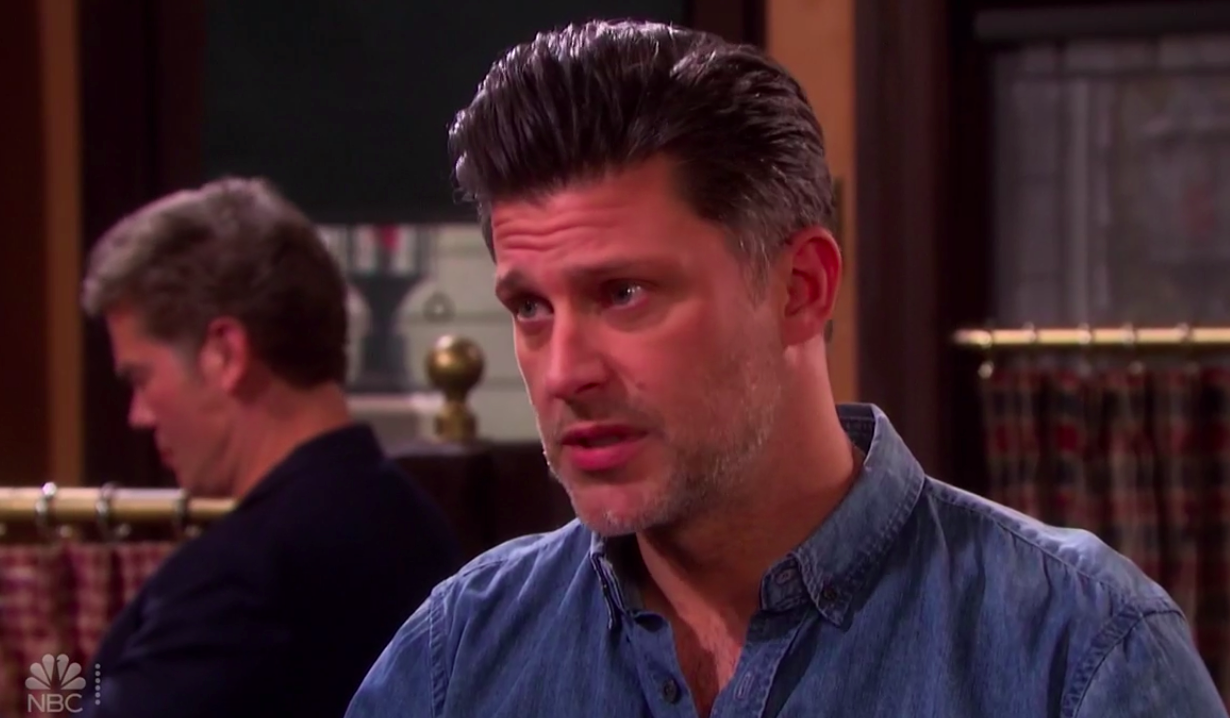 Lani brings Kristen food and photos of Rachel at the Salem PD. Lani apologizes to her friend who wouldn’t be in this mess if it weren’t for her husband. Eli enters to tell them Belle called. She agreed to take Kristen’s case and will be there in time for the arraignment. Eli then appeals to Lani, asking if there is any way they can move past this. She coldly tells him to let them know when Belle gets there and he leaves the interrogation room. Lani doesn’t think she can forgive Eli, but Kristen encourages her to reconsider. Lani reminds her Eli put his job ahead of her. Kristen counters Lani put her friend ahead of him and suggests Lani hear him out. Lani walks out to the squad room to Eli. 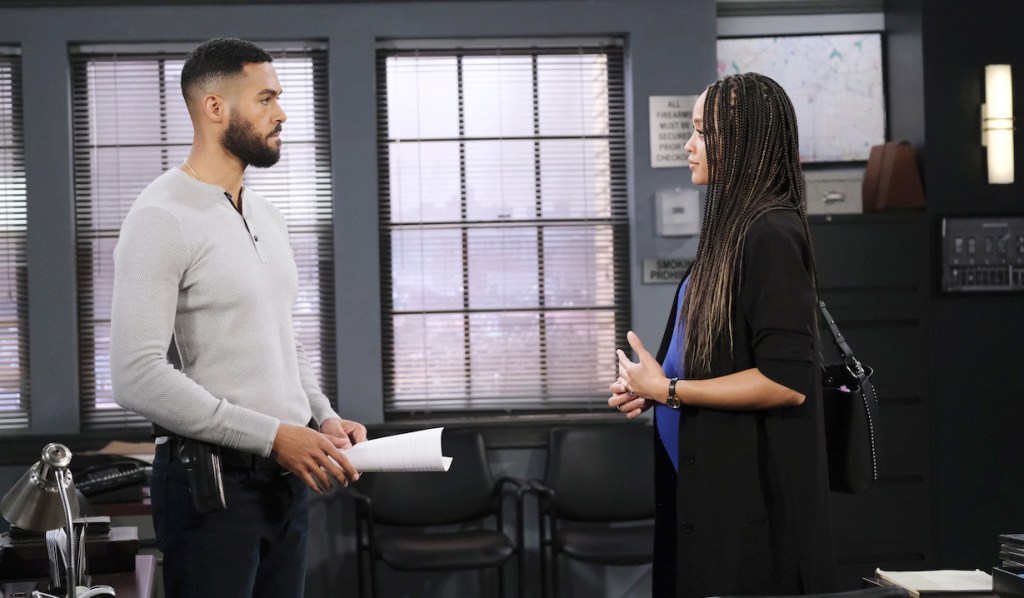 At home, Eli tells Lani she’s the love of his life. He does not want to lose her over what happened with Kristen. Can she forgive him? Lani isn’t sure but she wants to try. That’s all he can ask for. 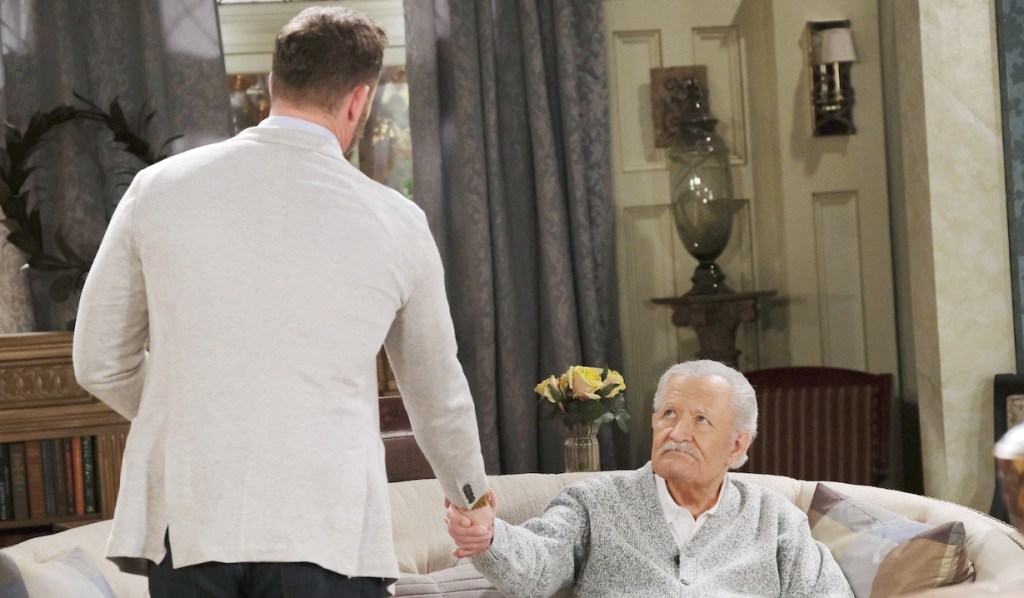 In the Kiriakis living room, Brady asks Victor to back up his story that he was the one who stabbed him, not Kristen. Victor doesn’t think the cops will believe it. He also doesn’t like the idea of Kristen going free. Brady doesn’t care what he likes. He will confess regardless and cut a deal for a lighter sentence. Victor eventually agrees to talk to the cops, but for Brady—Not Kristen. 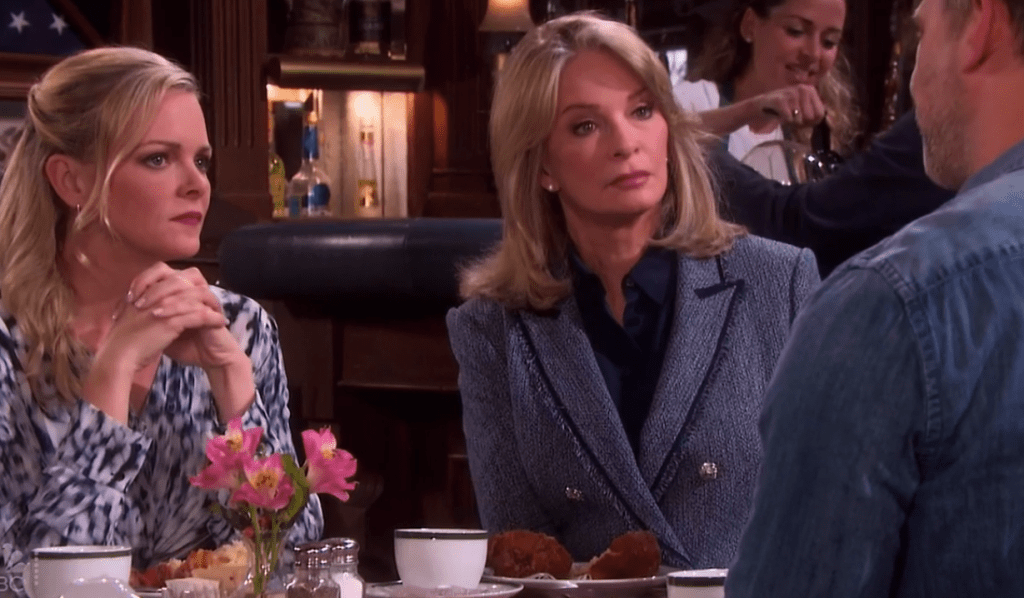 Marlena and Belle meet at the Brady Pub. Belle laughs over John throwing a cactus at Sami, but Marlena counters it’s not funny. John feels he’s losing control. However, she assures her daughter John will be okay. Eric enters and then Roman joins them at their table. Eric tells his family his plans to leave Salem that night. Despite worrying it’s a sudden decision, they’re proud of Eric. They ask if he’ll see Sami and Brady before he leaves. Eric knows Brady is busy with Kristen but doesn’t want to see Sami. They urge him to say goodbye to his sister. Brady calls Belle and learns Eric is leaving.

More: Closing in on Ciara’s whereabouts

After getting off the phone with Belle, Brady tells Victor he has to go. He thanks his grandfather before leaving the manison.

Brady shows up to the Pub to say goodbye to his brother. Belle joins them for a group hug and love fest. Eric steps away giving Brady an opportunity to talk with his sister about Kristen. Belle tries to talk him out of his plan, but Brady is adamant. They return to Eric and say their final goodbyes before leaving. Roman and Marlena tell their son how much they love him and hug him goodbye.

Brady arrives at the SPD to see Kristen. He shares that Belle is talking to the D.A. to cut a deal for him. He’s confessing to stabbing Victor. Kristen says, “Like hell you are.”

Nicole is thrilled to open her door at home to Allie. Allie relays her plan to get the judge to change her mind and give the baby to Nicole and Eric. Nicole breaks it to her that Eric is leaving. So, it would just be her. Allie asks if she’d be willing to raise her baby alone. Nicole would still have to talk to Eric about it. Allie asks her to consider it. After Allie has left, Eric returns home. Nicole asks if he said all his goodbyes. He says, “All but one,” and kisses his wife.

Sami talks to the baby in the DiMera mansion. She tells him her plan to make Allie fall in love with him and move to Rome with them. Kate enters excited to see her great-grandson and quickly deduces Sami’s trying to manipulate Allie. Sami pleads her case and then tries to rush off to stop Allie. Kate tells her Allie is at Nicole’s. Sami wants to rush over there, but Kate stops her. She doesn’t want Sami to drive Allie away which is exactly what would happen. She needs to stop before she makes it worse. Sami can’t just sit there. There’s a window for her to take the baby to Rome—and no one can stop her. Allie shows up and asks, “Stop you from what?”

On the next Days of our Lives: Bonnie shocks Justin as Sami tries to compromise.