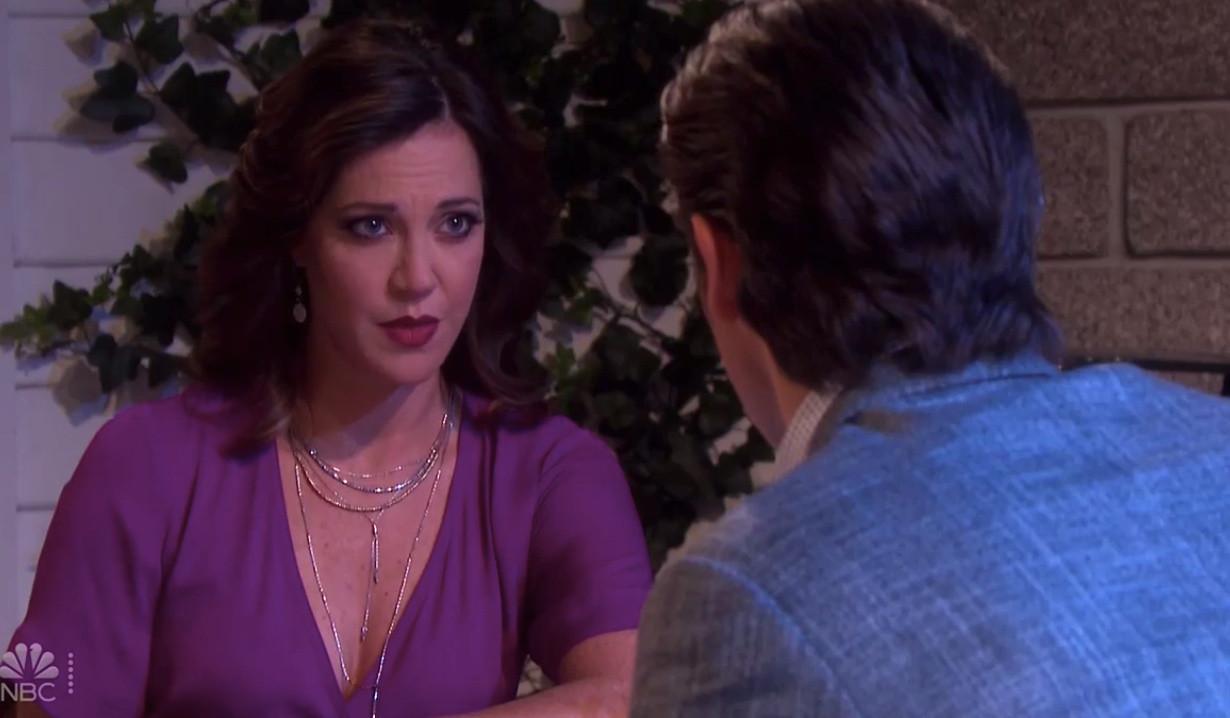 Sarah finds Marlena near the hospital hub. She thinks John’s results look positive, but Marlena fills her in on John’s outbursts. After Sarah walks away, Claire joins her grandmother on the couch. Marlena asks how Claire is doing. Claire is numb over Ciara. Marlena asks if she wants a therapist referral, but Claire already has someone to talk to—Jan Spears. Marlena urges her to stay away from her, but Claire points out she and Ben got a second chance, why can’t Jan? Marlena reminds Claire she’s never insisted she do anything before, but she orders her granddaughter away from Jan Spears. For her own good, as well as her family’s. 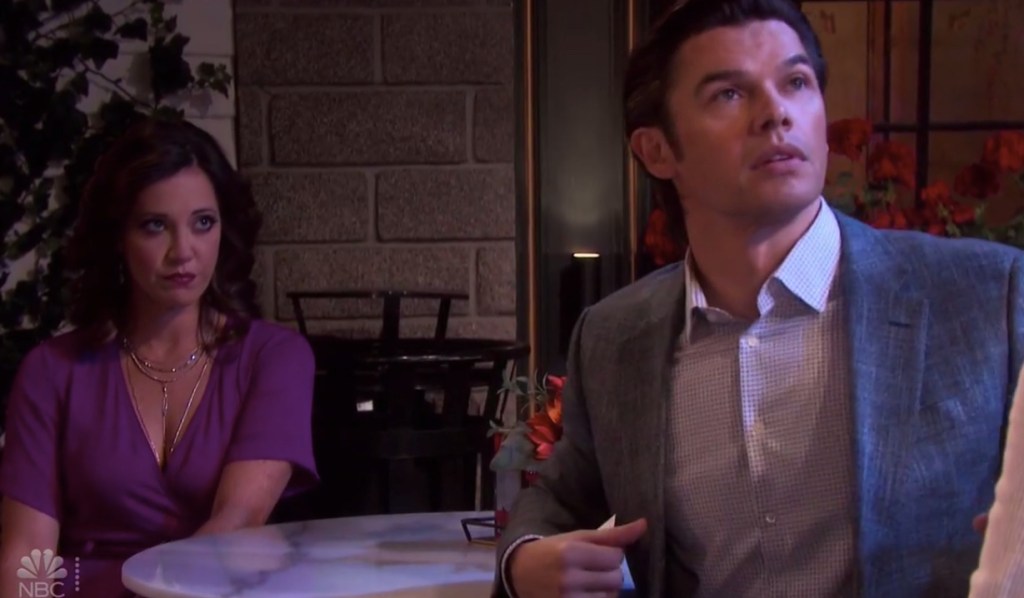 Xander introduces himself to Jan in Horton Square. He doesn’t like Philip threatening her and thinks he needs to be stopped. He knows Jan can do that all by herself. Jan wonders what his angle is. Xander fills her in on his issues with Philip and how he needs him out of the way. He promises to make it worth her while if she reports Philip’s threat to the police. Sarah walks up demanding to know what Xander is doing with Jan. She tells him she is the Jan Spears who tried to kill Victor. Xander acts shocked but throws Jan his business card as Sarah leads him away. Jan sees Claire walking through the Square and apologizes for not telling her who she was. Claire agrees. Jan manipulates sympathy out of Claire by calling herself crazy and assuring her it’s okay to walk away from her the next time they bump into each other.

Xander rants about Philip once he and Sarah get home. Sarah asks him to leave it alone for now, promising a reward for doing so. She kisses him and says she’ll be upstairs. She heads up as he picks out a bottle of wine. Philip walks in declaring Xander can kick him out of the office, but not his house. 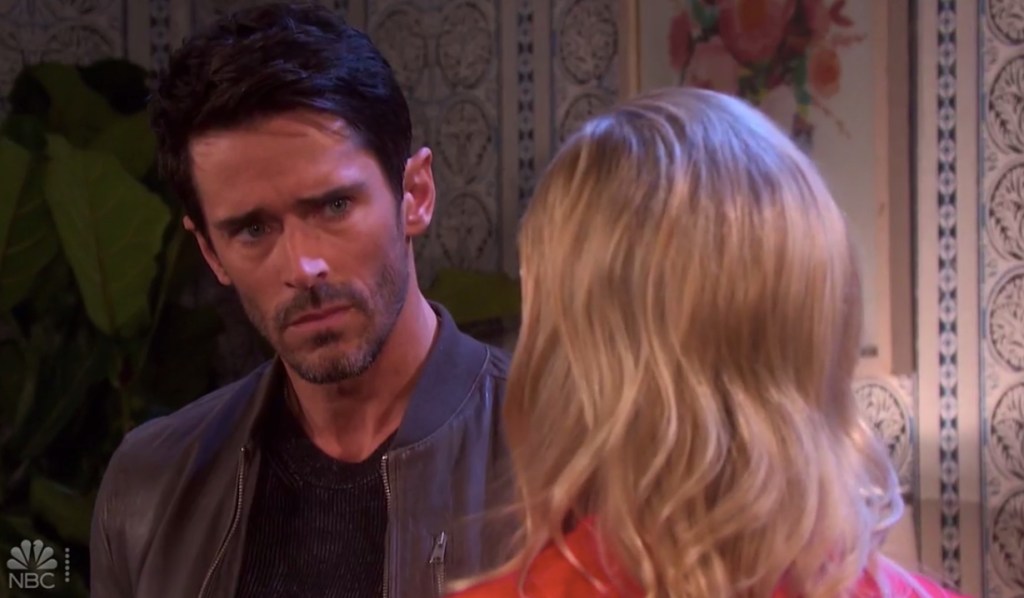 Shawn returns home to find Belle hugging Philip. He says, “Oh, God. Not this again.” Belle assures Shawn Philip is only there because of Jan. Belle fills Shawn in on finding Claire with Jan. Philip offers to be a resource for them in regards to Jan. He can play by more unethical rules than they can. He relays he threatened Jan he’ll kill her if she hurts anyone he cares about and he meant it. Shawn just wants Philip gone so he leaves. Once alone, Belle tells Shawn how Claire defended Jan when she learned who she was. Belle is scared that Claire is shutting her out and letting Jan in. Shawn can’t believe Claire is sympathetic to Jan and thinks maybe they should just let Philip kill her. 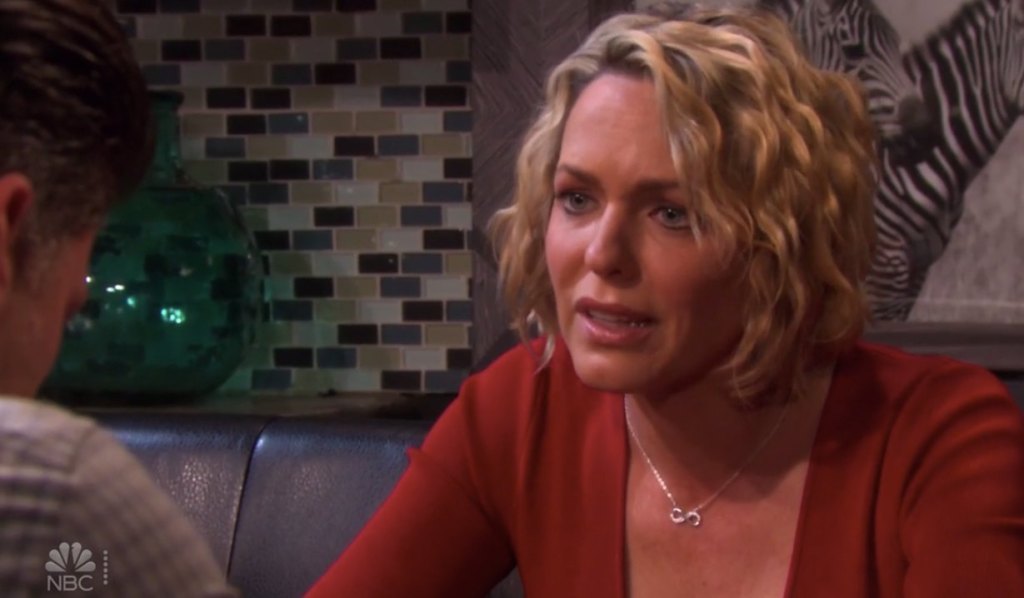 At home, Nicole tearfully urges Eric to go to Africa. She knows he loves her but she doesn’t want that to change the man he is. Eric thinks they can raise money and awareness together in Salem, but Nicole knows Eric’s presence in Africa would do more good. As hard as it is for her, Nicole is trying to do the right thing. She tells him to do what he has to do. After more declarations of love and duty, an emotional Nicole suggests they go to bed and talk about it tomorrow. Eric kisses her. In bed, Nicole vows to be there for Eric when he gets back. They declare their love and passionately kiss. 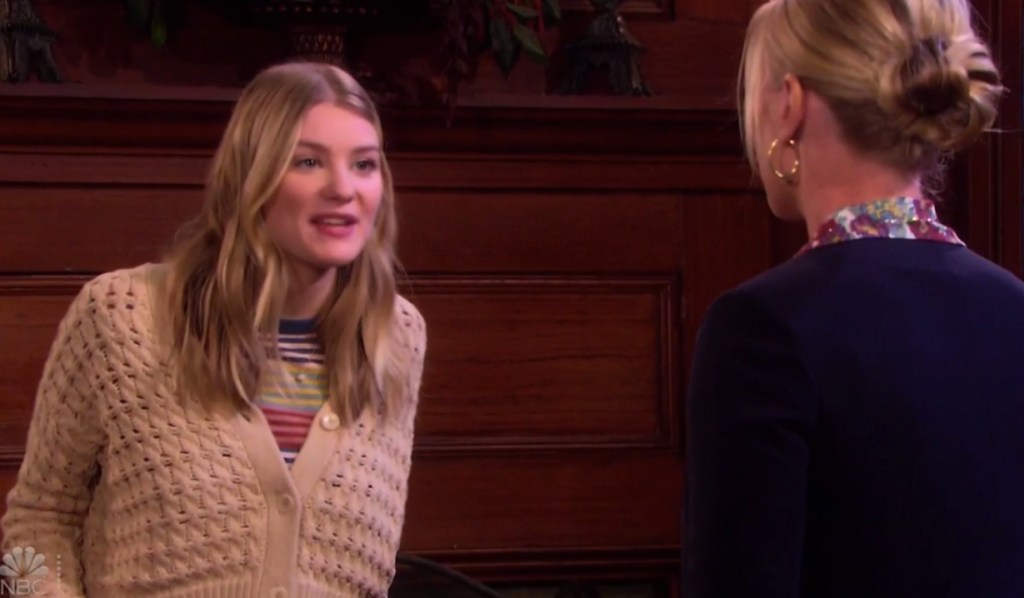 Allie bursts into the DiMera mansion as Sami tries to make travel arrangements for her and the baby. She yells at her mother for going against her wishes regarding her son’s custody. After arguing with Sami over what she’s done, Allie states she is going to take her baby to Eric and Nicole. Sami counters she has full custody so Allie can’t take him anywhere. Allie spits out, “Watch me.” Sami wants Allie to set aside her hatred for her and do what’s best for her baby. When Allie denies she hates her mother, Sami gently accuses Allie of choosing Nicole to raise her son because she knew how much it would hurt her. Allie counters that Sami will just take her baby and let her servants raise him so she can tend to EJ. Sami asks Allie to come to Rome with her and raise her baby there. She knows she loves her son, just like Sami loves her. She encourages Allie to go hold her baby so she’ll realize it’s not about either of them, but him. Allie angrily declares she’s going to the judge tomorrow and tells Sami to not even think about getting on a plane with her son.

On the next Days of our Lives: Brady appeals to Victor and they say goodbye to a loved one. 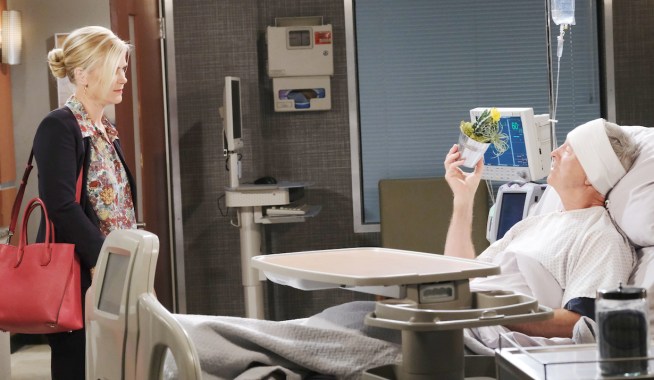 John Lashes Out at Sami — and Allie Returns!

Eric Says Goodbye to His Family, As Allie Hits Nicole With a Major Request