Ben and Ciara Have a Dreamy Reunion

Monday, September 14, 2020: It's a big day in Salem as John finally wakes up, Kristen is arrested, and Marlena gets a shock! 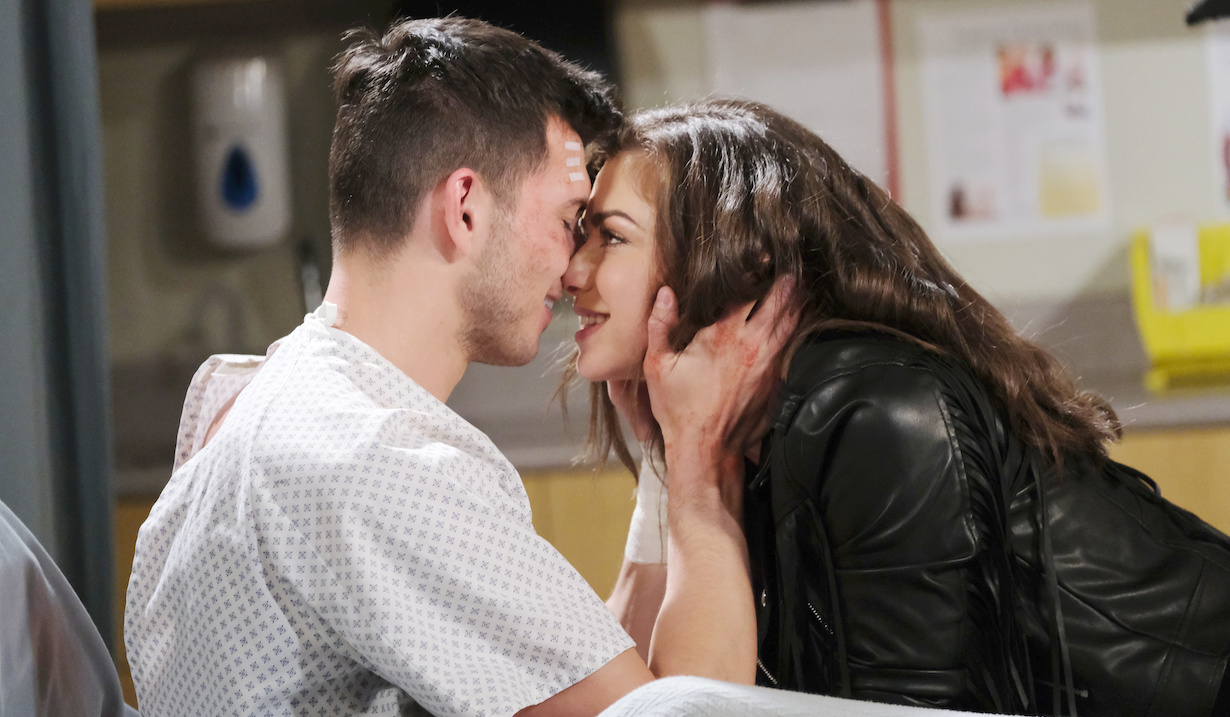 With Marlena and Brady by his side, John slowly began to awaken. John was groggy and his memory was spotty… to say the least! “You’re both being very kind to me, but I’m sorry,” he muttered, “because I don’t know who you are!” Patiently, Marlena filled John in on his past, including that she was not his doctor but rather his wife. Upon hearing only a few scant details about his history, John uttered the understatement of the day: “Sounds like I’ve been through a lot!” Agreeing, Marlena said they’d survived a great deal together. “We’ve never been ordinary!” 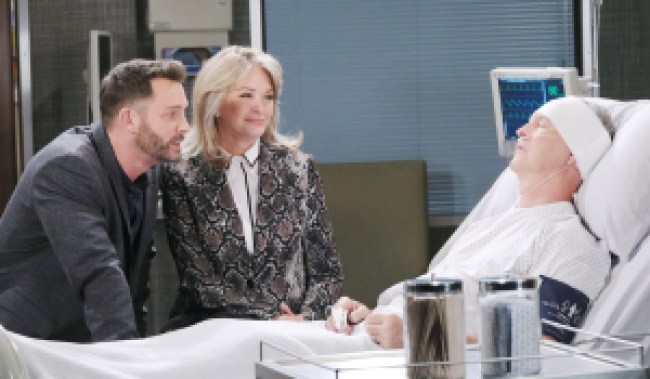 A puzzled look on his face, John asked, “Did I call you Doc?” It turned out that his memory loss had been a very, very temporary side effect of the medically-induced coma he’d been in for a few days. Proving life doesn’t stop or even slow down simply because of a health crisis, John and Marlena were shocked when Brady admitted that Kristen was in Salem.

Meanwhile, as Lani prepared to return Rachel to her mommy, Eli showed up on Kristen’s doorstep. Although she tried to blow him off, the scowl on his face made it clear that he wasn’t going anywhere. He accused Kristen of once again using his wife, but Kristen insisted that it wasn’t like that at all. “Since when did the Salem P.D. start offering daycare to fugitives?” he asked. Next thing Kristen knew, Eli was slapping handcuffs on her wrists and arresting her for having tried to kill Victor!

More: Celebrating a Special Days of our Lives Anniversary!

Kristen tried — hard! — to defend her actions, pointing out that Victor had made her believe that her child was dead. Eli, however, wasn’t having it. “You took the law into your own hands, and it’s my job to take you into custody!” Next, Kristen tried to play the Lani card, suggesting that Eli’s wife would be upset by his actions. In a case of perfect timing, Lani arrived on Kristen’s doorstep at that exact moment. Despite her best efforts, Lani couldn’t prevent her spouse from taking her best friend away! Although Eli stood strong in his belief that the law was not theirs to bend at will, Lani pointed out that he only knew about Kristen’s presence in Salem because of her. “You traded on our personal relationship so you could feel like a hero,” she snapped. “How could you do that to me?”

Thrilled by his dad’s recovery, Brady was puzzled by a series of mysterious calls he’d been receiving. When finally he picked up, it was to find that Kristen had been calling him from the police station. “I’ve been arrested!” she told her shocked beau.

At the police station, Hope filled Eve in on recent events, including the fact that Ciara was killed when the car exploded. The grieving mom also filled Eve in on Vincent’s true motive. “You and Vincent are the same,” said Hope. “A life for a life.” As Hope continued to describe the inferno in which her daughter had perished, she told Eve that nothing had been found but Ciara’s wedding and engagement rings. (At which point, it’s safe to say every single soap fan in the audience screamed at their television, “See! I told you she’s not dead!”)

As Ben cried into his pillow, a familiar hand gently caressed him. “Hey, grease monkey… up and at ’em!” said Ciara. Ben was, to say the least, surprised, having been told she was dead. “If I was dead, I couldn’t be with you… yet here I am!” said the smiling brunette beauty. Thrilled, Ben admitted that without her, he didn’t want to live. As the hunk told his bride that they were going to “plan the future we always talked about,” we saw that it was, of course, only a dream, and that Ben was in fact sleep-canoodling with a very, very lucky pillow. 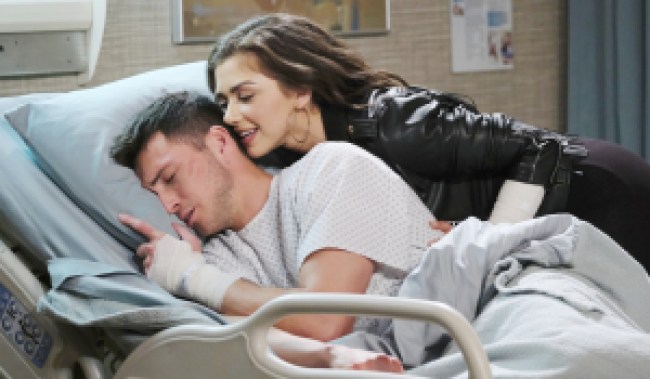 Soon, Ben was imagining everything from the honeymoon he and Ciara never got to finding a new home in which to raise the child she was expecting. His wife offered assurances that he would be a good father, prompting Ben to say that he’d never in his wildest dreams imagined life could be so awesome. After the birth of their son, the pair agreed to name the bundle of joy Bo Brady Weston. “Ciara, I want our kid to grow up knowing that he was named after somebody people looked up to,” he said as tears of happiness coursed down Ciara’s cheeks. But the dream turned into a nightmare in which Ben gave Ciara her wedding and engagement rings, causing confusion on both of their parts until finally he awakened in the hospital bed, clutching the rings that were now all that remained of his true love.

On the next Days of our Lives, Brady is in for a heck of a shock, and Jan may just find a whole new way to get under Belle and Shawn’s skin!

Get your free daily soap opera fix from all the soaps delivered to your email inbox by signing up for Soaps.com’s newsletter. And if you need a little reminder of what makes Days of our Lives‘ Ben and Ciara so special, why not hit the gallery below to relive their gorgeous — if ultimately tragic — wedding day?