Wednesday September 9, 2020: On Days of our Lives today, Tripp runs into Claire, who apologizes for everything she's done to him, Shawn and Hope find a clue to Ciara's whereabouts, and Ben gets a visitor in jail. 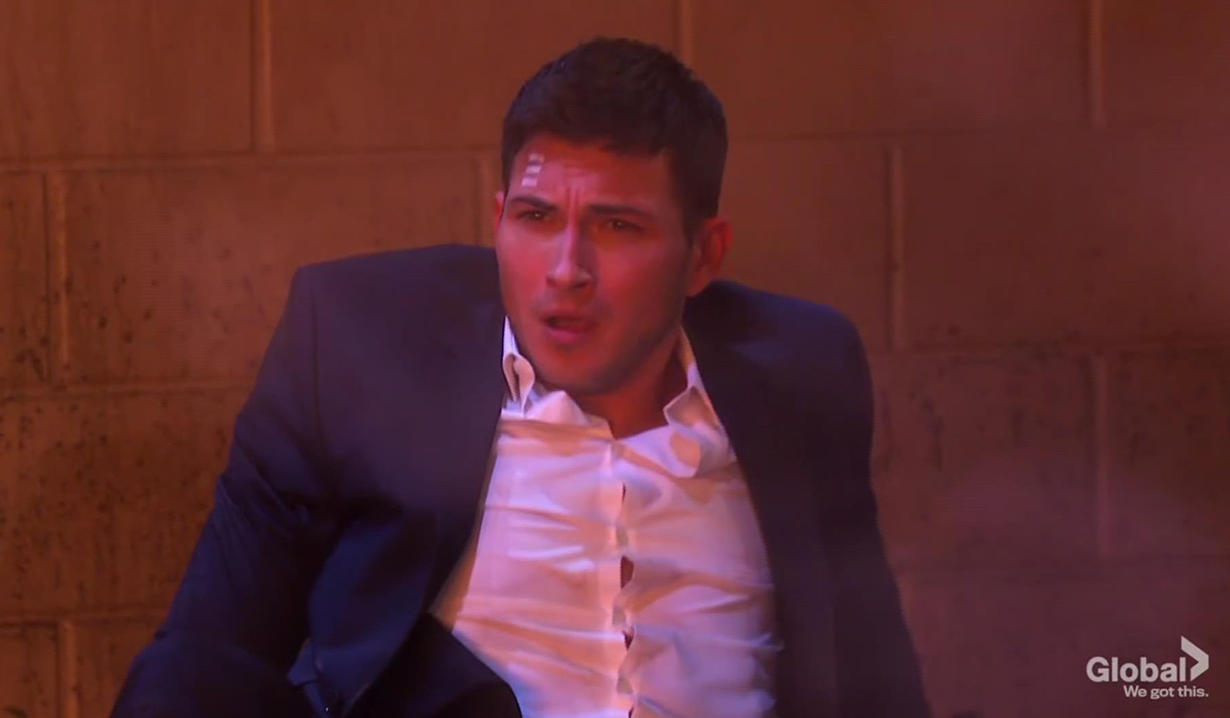 Claire and Tripp share an awkward encounter outside the pub. Claire apologizes for everything she’s done. Tripp knows she’s been through hell and worked hard to get better. Claire had a lot of time to think and she hurt so many that she loved. She loved him and hurt him the most. She wants to make it right. Tripp has made poor decisions too and was insensitive to her. Claire says it was because she was needy. She’s embarrassed. Tripp calls himself selfish. They talk about Haley’s death and Claire tears up, thinking about Ciara. Tripp hugs her. Claire feels bad that he comforted her since she was so crazy before. She vows to do what it takes to stay healthy. Tripp’s glad she’s back to herself, “A really cool person.” He asks her to join him having dinner with his parents. She declines but they’ll see each other around.

Shawn and Hope are too late getting to Wendy’s abandoned house. They find Ciara’s necklace, which gives them hope that they will find her. They learn that the house belonged to Wendy Taylor and run off to see what else they can learn. 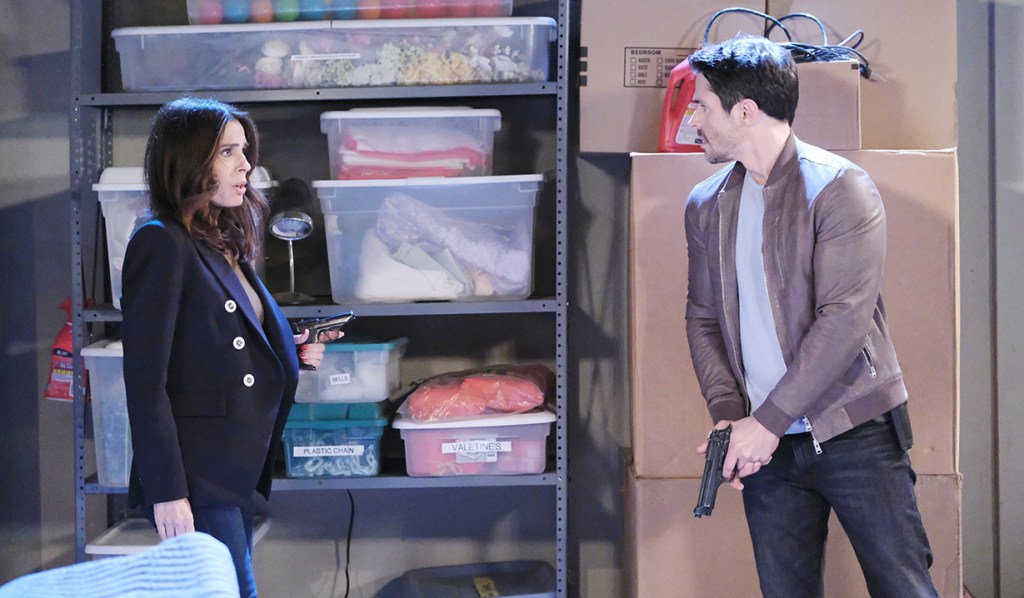 Ciara’s surprised when Vincent calls her by his dead fiancee’s name, ‘Wendy’ while he’s driving. He has big plans for Wendy. Ciara tells him she’s not Wendy and Vincent calls that “silly.” Ciara tells him Wendy’s dead. Vincent is too delusional to see the truth and says, “Of course you’re not dead. Not yet.” He wants to buy a farm and tells her she once said ’til death do us part’. He’ll hold her to it. Ciara decides to play along and holds his hand. She asks to go back to pack her things but Vincent has enough for them to start a whole new life. He teases that they’re going to be leaving Salem in a plane. Ciara tells him she’s afraid to fly but he won’t let anything happen to her. She asks why he has a gun. Vincent wants to protect her from Ben Weston. They come up to a private airfield and Ciara convinces Vincent to let her open the gate. Before she can, he notices her wedding band and grabs his gun. “You’re not Wendy!”

Jake visits Ben at SPD, thinking he could use a friend. Ben tells Jake the story of Vincent kidnapping Ciara and Jake gives Ben a pep talk before he goes. Hope and Shawn return and Ben’s released. Hope fills him in on what they found and says Vincent wants him to pay for what he did to Wendy. Ben feels guilty but Hope asks him to keep the faith. Soon, they find out Vincent’s using Wendy’s car and head out. 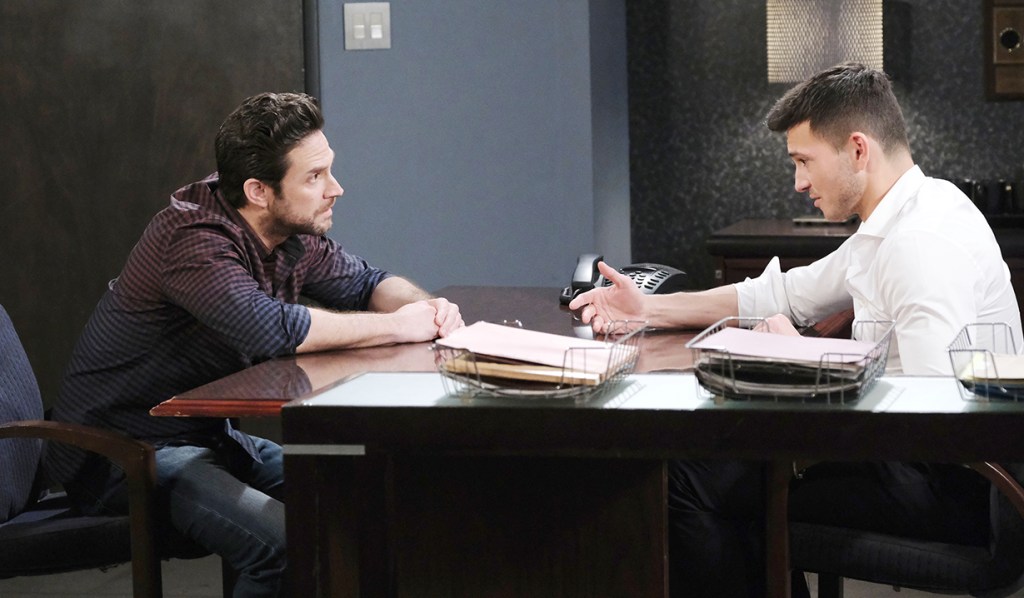 At the mansion, Abby’s sorry Gabi’s mother is sick but is glad Gabi’s gone. So is Chad. He blames Gabi for drugging Abigail. Abs says it’s a shame they can’t prove it. She wonders if they’re wrong about who drugged her. After all, Gabi’s famous for gloating and she hasn’t. Chad can’t think of who else had a motive. They turn their attention to each other and make out. Later, Chad goes to make a call and after Abs takes medication, she sees Jake and mistakes him for Stefan. Jake slumps over, tired of people thinking he’s Stefan. As they’re introduced, they discuss Gwen. Stefan insinuates that something is going on between his ex and Chad. When Chad returns, Abigail brings it up. Jake leaves them alone and Abigail asks Chad if he can refute Jake’s claims. Chad explains about Gwen kissing him. 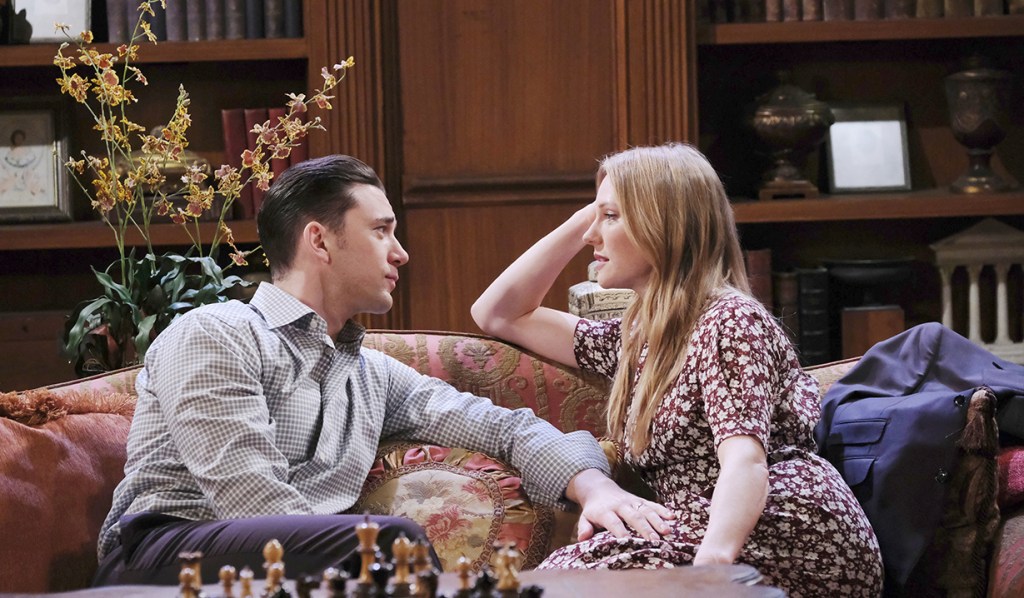 Gwen sits alone at Julie’s Place, where she flashes to seeing Abigail and Chad have the same conversation a few months ago about Gabi. Gwen was toying with a vial and looks tense as she flashes to watching the couple and then after Julie poured the champagne, Gwen slipped the drug into one glass. She watched as the couple drank and muttered “excellent” to herself. Julie runs into her and recognizes her from somewhere. Gwen tries to get away and when she can’t, she admits she had too many drinks with Chad DiMera, who helped her get home. Julie wasn’t working that night but can’t shake knowing Gwen from somewhere.

More: Days characters we want back

Gwen returns home and finds another full vial of the drug she used on Abigail in her suitcase. Jake walks into her room as Gwen whispers, “Maybe it’s time for another dosage.”

Ben, Shawn, and Hope rush to the airfield and see Vincent in his car. The cops draw their guns and yell for him to get out. He does but runs off as the car explodes.

On the next Days of our Lives: Abigail’s livid over Chad’s confession. 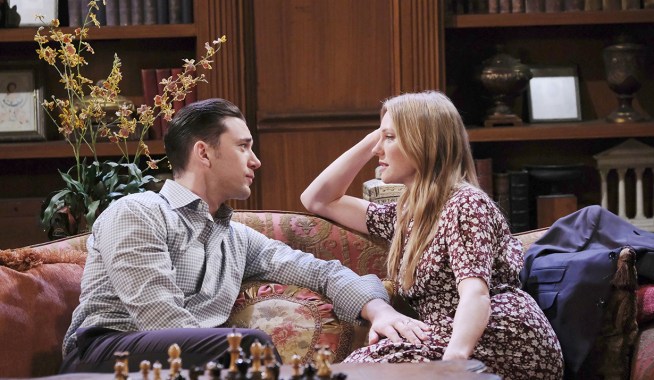 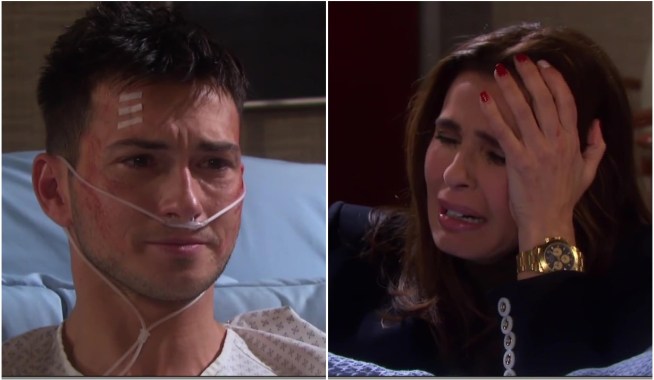