Wednesday August 19, 2020: On Days of our Lives today, Philip learns that Xander is CEO of Titan, not the gardener, Maggie returns and learns that her daughter is back with Xander, and Belle and Shawn reminisce about her infidelity with Philip. 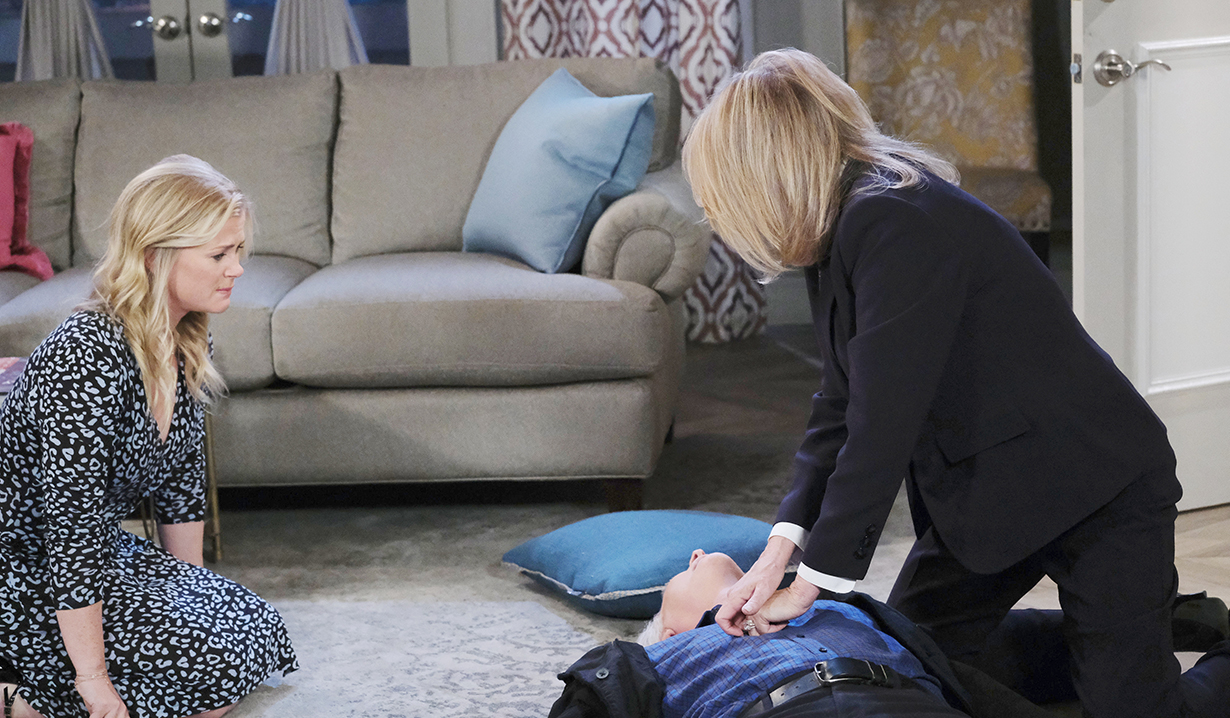 At the hospital, Sarah tells Maggie that Xander got his CEO job back and that they’ve reunited. This makes Maggie happy. Sarah gushes about everything and Maggie calls Xander and Victor two of a kind, who are willing to risk everything. Few people love more deeply, she says. They hug. Maggie knows it may not be smooth sailing but she’ll never be bored.

Philip appears in the doorway at the Kiriakis mansion. Xander sneers, and Philip says it’s been a long time. “Did you miss me?” Victor’s happy to see his son. He’s been wishing he’d hear from him. Philip’s surprised to see Xander isn’t still doing time for what he did with Orpheus and Weston. Xander defends himself. He did his time. Philip gets his dad a drink and they toast to his return. Xander asks why he’s back. Philip laughs at how protective Xander’s being. Last he heard, they didn’t get along. He reminds Xander that the shrubs outside could use a trimming. Xander lets Philip know he’s no longer the gardener but the CEO of Titan. Victor admits Brady stepped down today and Xander proved to be an astute businessman. Xander leaves for work and says goodbye. “Xandy,” Philip says. They talk about Deimos kidnapping him and drugging him. Philip felt betrayed by his dad because of it. Victor calls what he did a regrettable mistake and begs for forgiveness. Philip knows exactly how Vic can make it right. “Make me CEO of Titan.” Victor’s surprised. Philip wants to give it a new shot. Victor complains he just gave the job to Xander and doesn’t want to jerk him around again. Philip can’t believe he cares about Xander at all. Philip gives his dad time to consider it.

In the square, Belle and Shawn are glad Hope’s back on the force. He tells her about their spark getting reignited. Belle grins. They both think it’d be wonderful if they got back together. Belle recalls Rafe cheated on Hope with her sister which reminds them that they had their own marriage crisis when Belle had sex with Philip. Belle’s glad Shawn’s over that. She tells him how truly sorry she is for hurting him. Philip is out of her system for good. “You’re the only man for me, Shawn Douglas,” she tells him, professing her love. Shawn kisses her hand and tells her they’re golden. Belle feels guilty that he and Philip no longer have a relationship. Shawn admits it’s hard to even look at him. Belle’s happy he’s not in Salem. They talk about the restraining order and the issues it’s caused her family. 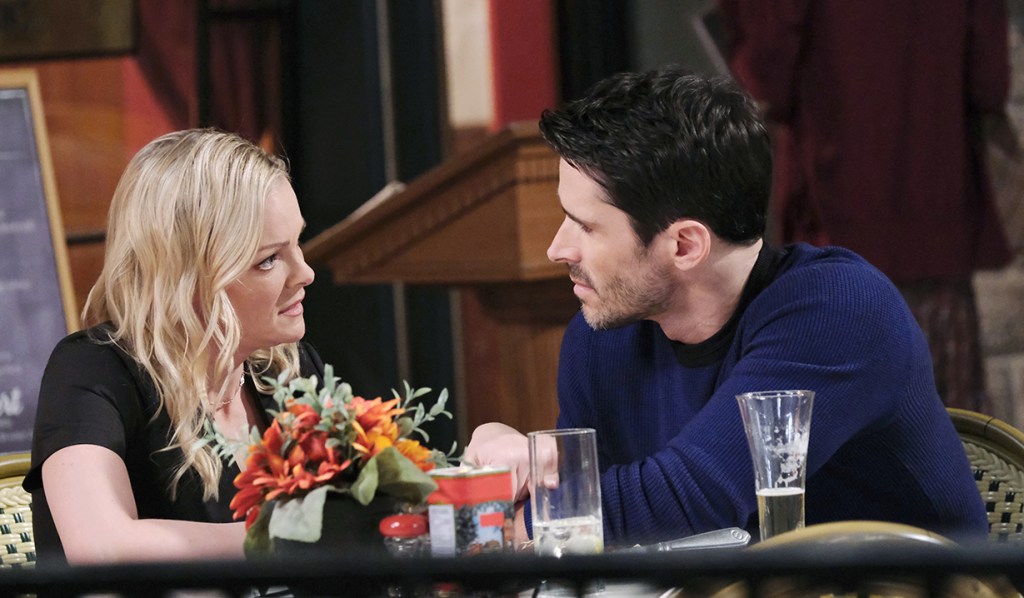 Sonny and Will are at the pub. They discuss telling Ari that they made up. Sonny has news that could change everything. His brother Alex called. They had an idea a few years ago that finally got funding. Sonny wants to run the company. They’ve partnered with a research scientist and he developed an AI program that can analyze mammogram results on a deeper level. It could revolutionize detecting breast cancer and sometimes predict it. Will’s thrilled for Sonny. Adrienne would be proud. Sonny says there’s a hitch – they have to move to Phoenix where his brothers are. “So you’re…you’re…leaving me?” Will asks. Sonny wants them to move together. Gabi can visit as much as she likes and Ari can summer in Salem. They ponder how or if it’ll work. They’d need to get Gabi on board first. 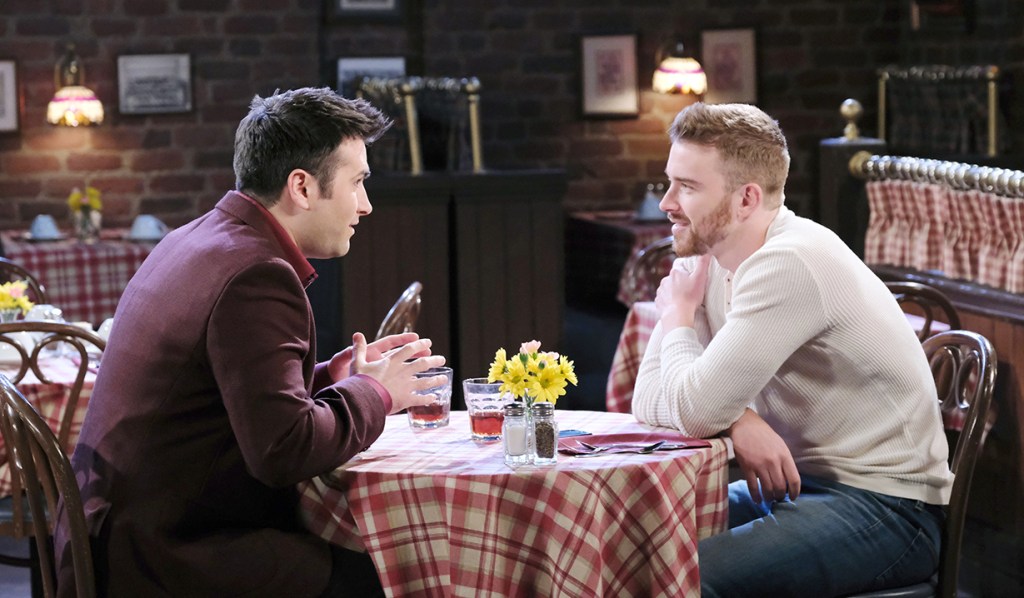 John collapses on the floor at the townhouse after clutching his neck, after he and Sami argue about the restraining order. Sami rushes to his side and tries to revive him and apologizes for what she said. She didn’t mean it. She just says things. She’s not sure what to do and sobs over him. Marlena arrives and throws her packages aside before noticing John has stopped breathing. She orders Sami to call 911 as she starts chest compressions. Marlena takes off with him after the paramedics arrive. Once she’s gone, Belle appears and shares the news about John.

Maggie visits Xander at Titan to congratulate him on getting his job back. Xandy’s happy Victor finally accepts him as part of the family. He’s never been this happy. They hug over him reuniting with Sarah. He calls himself a new man and won’t take her for granted again. Maggie’s shocked to hear Philip has returned and assumed Victor is over the moon. 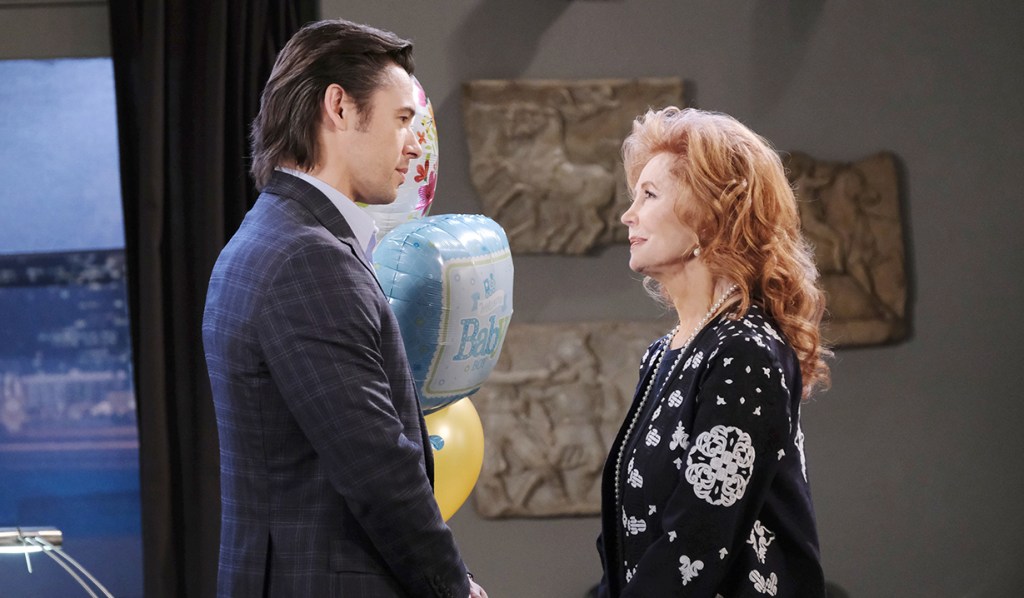 At the hospital, Sarah examines John and asks Marlena questions about what John was doing before this came on. Belle arrives and Marlena says they are running tests on John. They think it’s a brain aneurysm.

More: Behind the scenes at Days hilarious photos

Maggie returns home to talk to Victor. She gushes about Xander’s new job. Vic worries it may be short-lived. He has news.

Philip runs into Shawn at the square. They catch up and things are tense. Philip says he’s stopped running from his legacy. 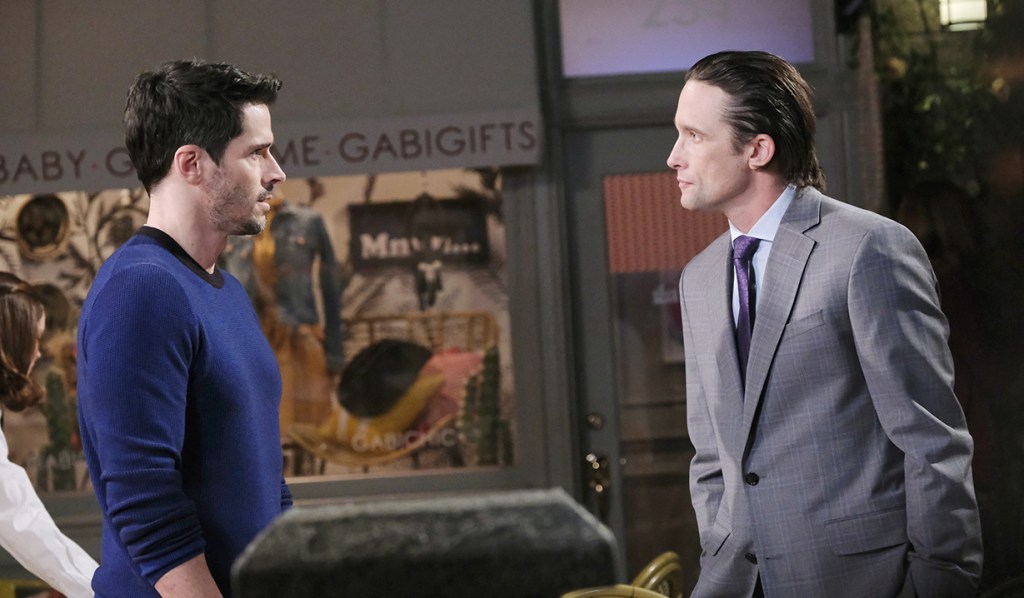 On the next Days of our Lives: Vincent puts the final nail in Ciara’s coffin.

Will and Sonny's Decision Cause Gabi...