Thursday August 13, 2020: On Days of our Lives today, Eve returns to Salem, Chad is back and confronts Gabi, and Claire gets news about her parents. 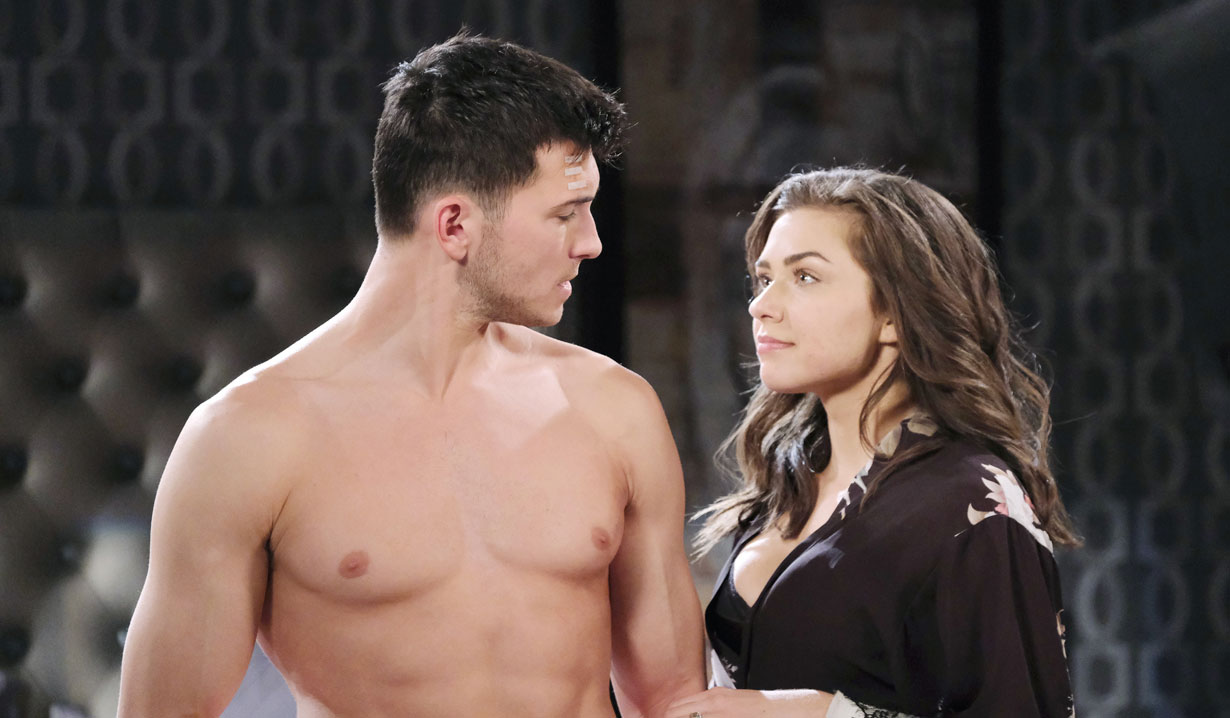 At the DiMera mansion, Jake and Gwen wake up in bed together. She wants to start the morning off right, but he’s not in the mood and has a lot on his mind. She hopes it’s not Gabi. They argue about Gabi, and Gwen thinks Chad is probably putting an end to her manipulations as they speak. He thought Chad was in Florida. Jake gets up to grab breakfast and head to work. In the living room, Gabi talks to Shin on the phone and says she is always there if he needs her, unlike Chad, who has other priorities. After she hangs up, Chad walks in and confronts her about the stunt she pulled with Shin and the client Collins. He informs her that both he and Shin are onto her. Later, Chad goes up to Gwen’s room and thanks her for the warning on Gabi’s stunt and says he owes her. Gwen wants him to get Gabi out of the mansion as she doesn’t like whatever is going on between her and Jake. Chad wants Gabi gone too, but orders Gwen to keep watching her and report back to him. Back in the living room, Jake says hello to Gabi and tells her that he thinks the deal is still salvageable, but Gabi tells him no way and that he’s not made out for the corporate world. Jake thinks she could teach him how to be a shark, but Gabi says it’s too late because Chad is back and knows about the meeting, which makes no sense. Jake thinks he knows what may have happened. He reveals in bed Gwen said Chad was going to take care of Gabi and that she knew their meeting last night went poorly. Gabi can’t believe it was Gwen who tipped off Chad. 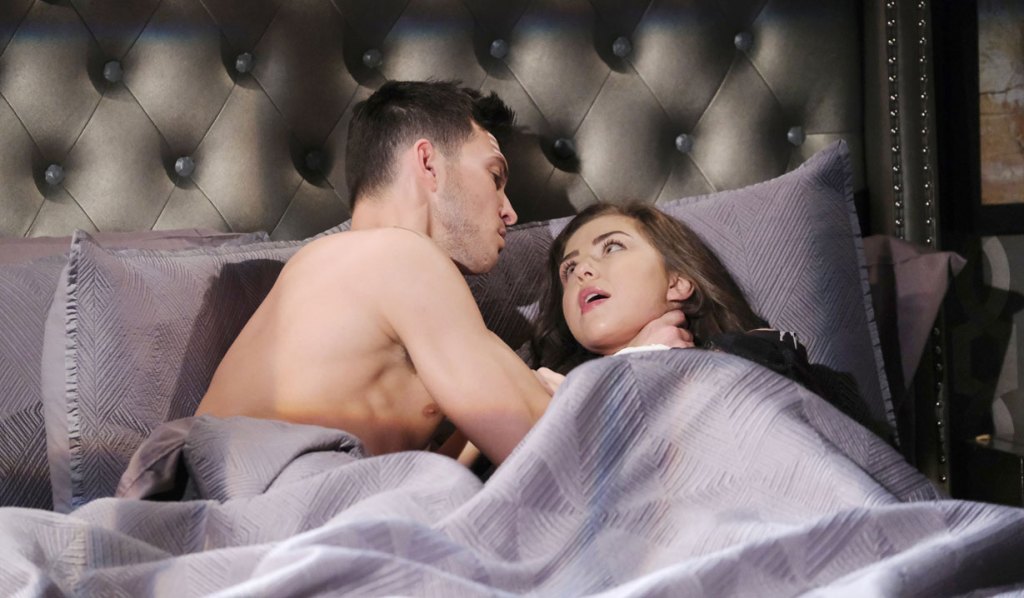 At Marlena’s, Claire leaves a message on Allie’s phone and asks her to shoot her a text as she’s worried about her. Marlena appears, and they discuss Allie leaving town and leaving her baby with Nicole and Eric. Marlena lets Claire know that Belle is onboard with her staying in Salem, and her parents are planning to stay a little longer to support her because they know she’s had a tough time lately. Marlena also explains Belle is staying because Sami asked for her help with Allie’s baby. Marlena gets a call from her assistant alerting her of her morning appointments and has to go to work. Claire decides to go check in on Ciara. 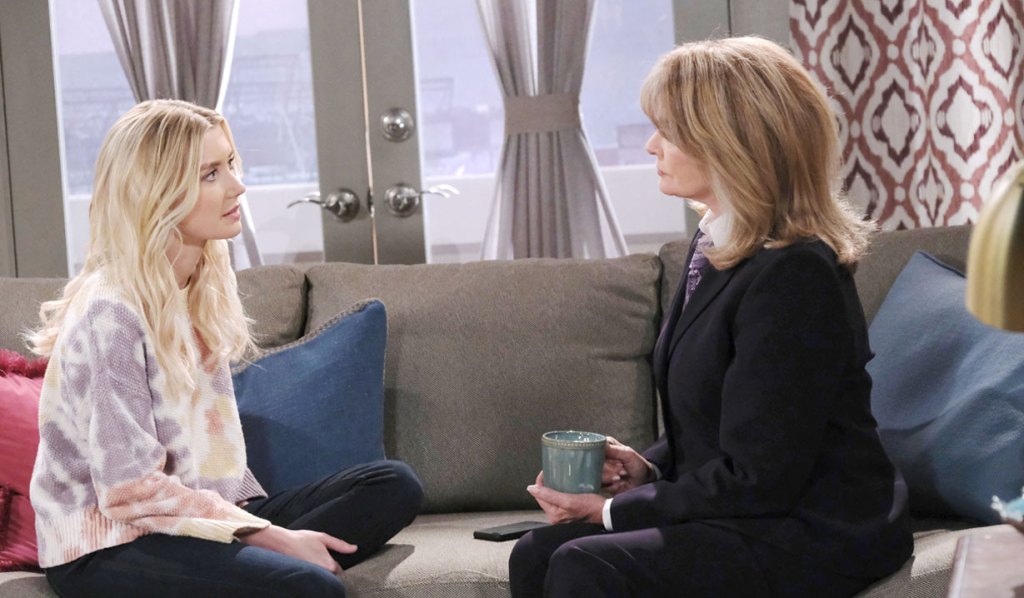 Hope stops by Rafe’s office to find out if there is any news on Eve. He has no leads, but the minute Eve is found then he’ll get a call from the NYPD. Hope wonders if Eve has returned to Salem because she’s clearly not thinking rational. Rafe agrees to put out an APB on her. They both worry about Ciara, and Rafe swears he’d do anything for Ciara and for her. They embrace. Rafe suggests to Hope if she wants to help find Eve then she should rejoin the force. Hope is stunned but thinks not many people would welcome her back. He says he wants her back. She accepts, and they come close to kissing. 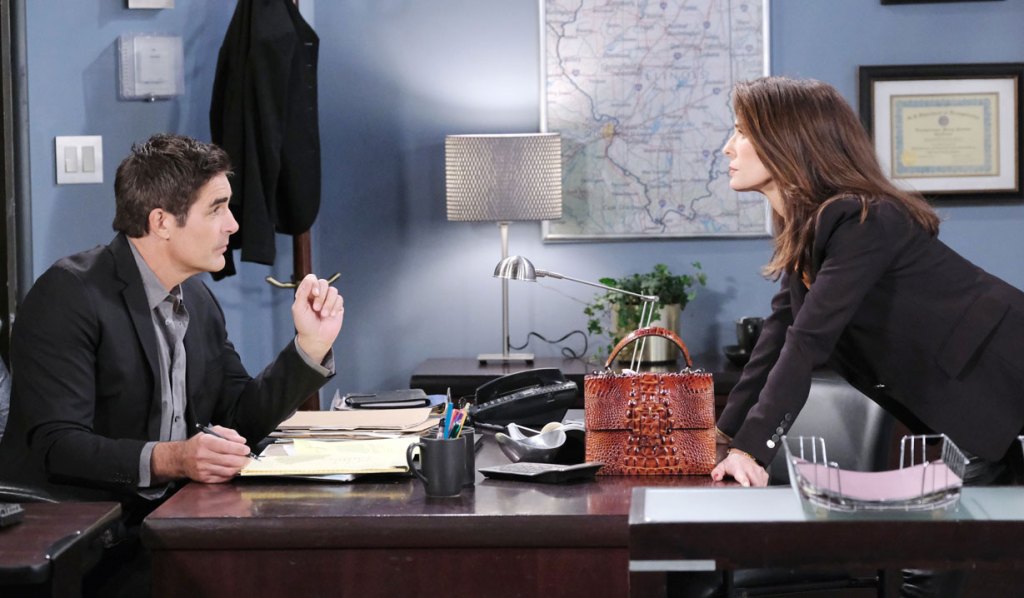 Eve, in a black wig, checks into a motel and meets with Vincent. She doesn’t understand why Ciara’s murder hasn’t been reported yet. Eve decides to go snoop around the Inn.

In their room in the Salem Inn, Ben and Ciara kiss, and then he begins to choke her as she tells him to stop because it hurts. Ciara struggles and Ben wakes up from his nightmare. He holds Ciara and says he had the most horrible dream. When questioned about it, Ben says he can’t remember, only that something bad was happening in this bed with her. Ciara thinks they should call Dr. Marlena and get him an appointment. He calls and gets an appointment. They kiss and she tries to calm him down. When things get passionate Ciara says she doesn’t want to pressure him to make love, but he thinks it’s the best way to help him heal. They hit the sheets.

Outside of the inn in Horton Square, Eve spies on Ben and Ciara as they run into Claire. Claire tells them that she’s glad Ben is all right. Ben gives Claire a hug and thanks her for figuring Eve was the one who targeted him. He also apologizes for the way he treated her. Claire understands why they suspected her, and she just wants them to be happy. Ben leaves for his session with Marlena, who he hopes can help figure out what is troubling him. Ciara also thanks Claire for helping her find Ben. They both agree they want to slowly get back to being close again and hug.

In the park, a fuming Eve calls Vincent to tell him about Ben’s session with Marlena, and she wants him to stop the session and give Ben another dose of the drug. After the call, Claire runs into Eve and is stunned.

Ben arrives at Marlena’s office for his appointment and finds Vincent in her chair.

On the next Days of our Lives: Gwen plants a kiss on Chad.

Sign up for Soaps.com’s newsletter to get spoilers and interviews in your inbox daily. 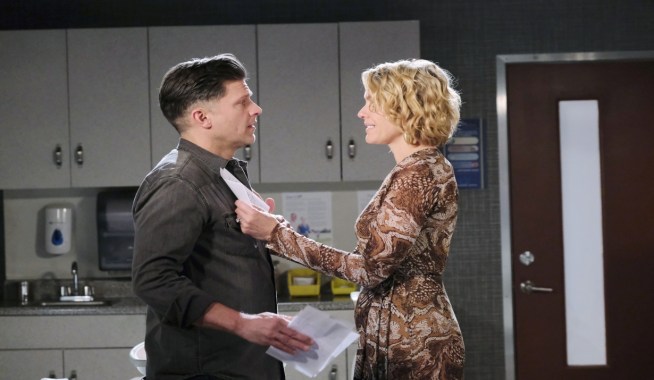 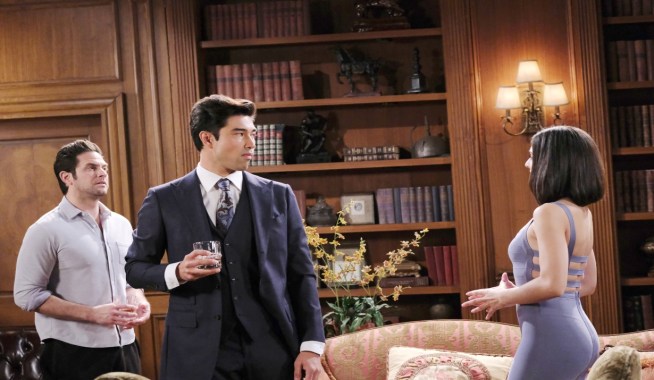