Wednesday August 12, 2020: On Days of our Lives today, Nicole and Eric read the rest of Allie's letter, Will begs Sonny for forgiveness, and Marlena has advice for Belle. 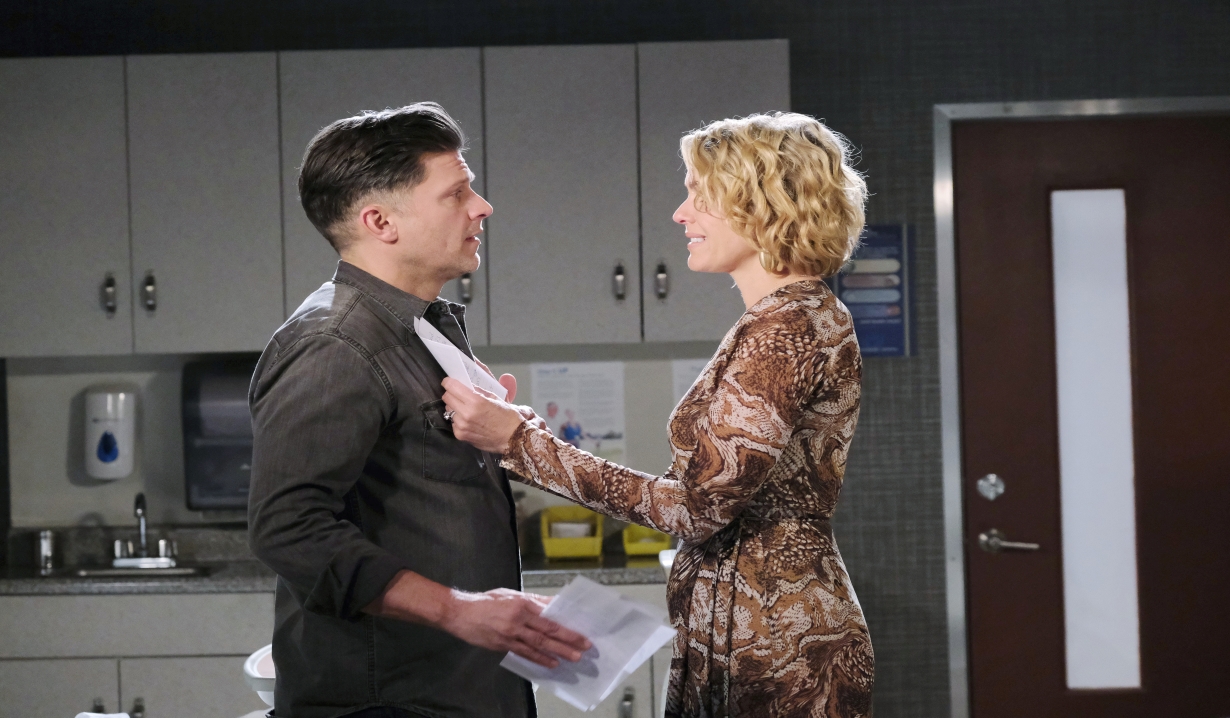 Eric and Nicole are at Salem University Hospital. Sami bustles in and blames them for her daughter going missing. Eric defends Nicole. Sami reminds her brother the other woman stole Sydney. She won’t let her take her grandson too. After Sami takes off, they decide to finish reading Allie’s letter to see if it has any clues. When he reads it aloud, it says Sami ruined everything, just as she always does. Unlike Nicole, who listened to Allie. Nicole reminds him of their desire to adopt and thinks this is meant to be. It’s touching that Allie believes in them, but Nicole is worried Sami will lose it if she sees the letter.

At the Brady pub, Abe tells Kate they’ve had a lovely working dinner. She insists on paying. He wonders what the catch is and she asks him home for a drink. 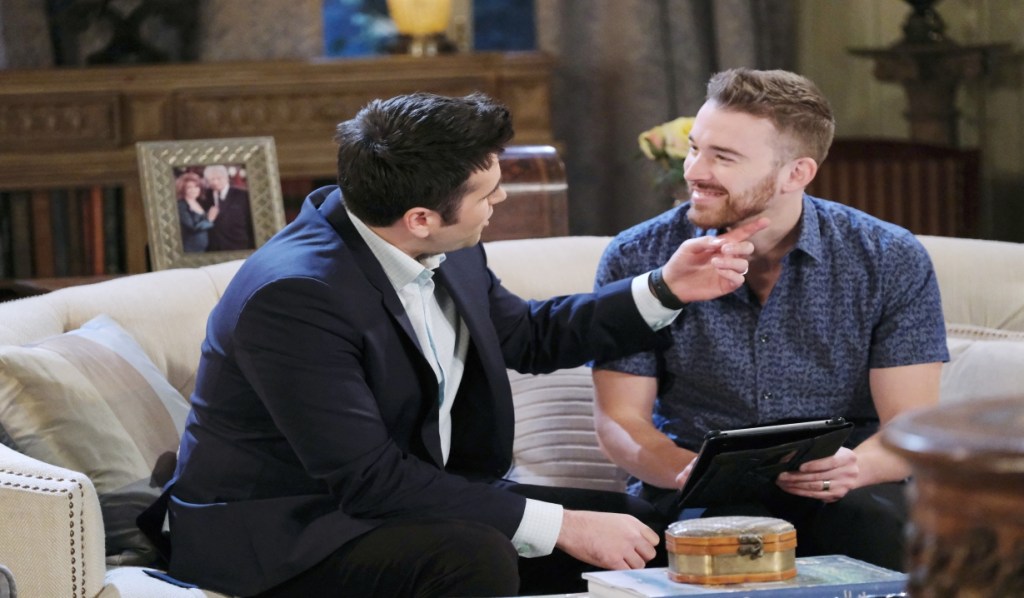 Will gets off the phone with Lucas at the Kiriakis mansion. He asks Sonny how Ari took the news about them not getting Allie’s baby. Sonny says she flipped out because she assumed this meant they’re not getting a puppy as well. She may be fine, but he’s not. Will beats himself up and hopes they aren’t throwing away their marriage because he screwed up again. Sonny accuses his husband of taking him for granted. When Will vows that he will never make a mistake again, Sonny agrees to believe him because he knows he meant well. They hug and Will thanks him because he thought he wouldn’t be forgiven. Sonny says forgiveness is the highest form of love. He turns the topic to adopting a dog and suggests they focus on that. They look at photos of dogs to try and find one that looks like them. Will thanks him again for being so forgiving and they kiss. 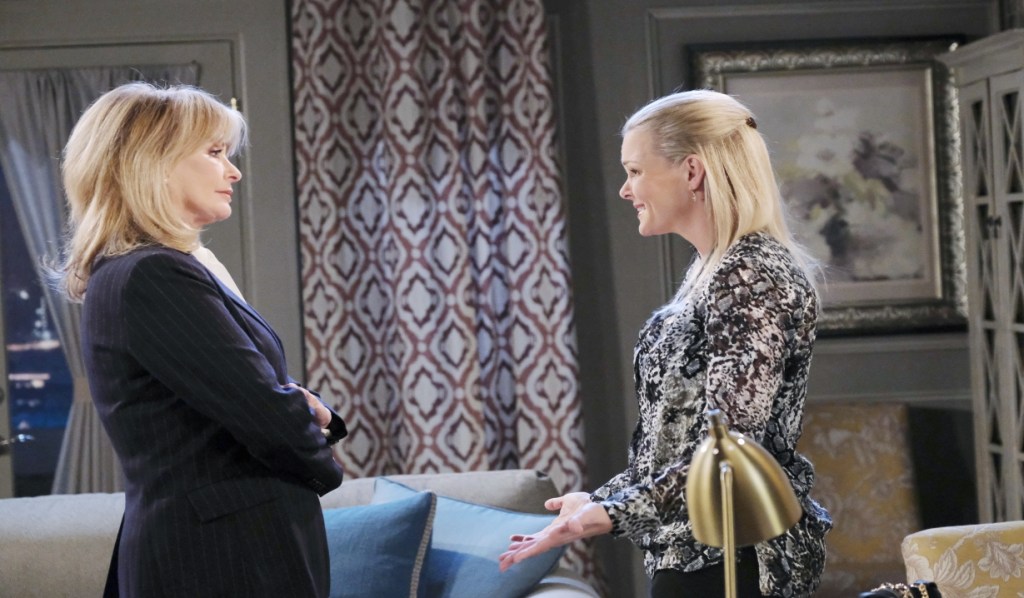 At Marlena’s penthouse, Belle comforts Marlena and they talk about the hardships of Ciara and Ben. Then they discuss how tough things have been for Claire. Marlena says she wants to live her life around people who truly support her. Belle wishes she could do that. She thinks she and Shawn can honor their daughter’s wishes by giving her some independence while staying in town. That sounds great to Marlena, who hopes that Belle and Sami can help each other.

In Nicole’s apartment, Claire (played by Isabel Durant) grabs a baseball bat and yells at an intruder. The figure lifts its head. It’s Allie. She explains that she’s just coming to get her passport. Her mother has ruined her plan to leave her child with Will and Sonny. She realized that Will is as bad as his mom. “This sucks,” Claire says. Allie refuses to let her mom into her baby’s life. Sami starts pounding on the door. Allie hides and Sami barrels in. Claire stops her from searching, claiming she will wake up Holly. Once Sami has exited, Allie comes out and says she’s even surer about giving her baby to Nicole now. After Allie admits to her strong feelings for the child, Claire asks her to reconsider what she’s doing. She thinks Allie is cool and offers her some Gummi bears, wishing she could stick around so they could be close. Allie asks her to give her little boy a kiss if she ever babysits him. 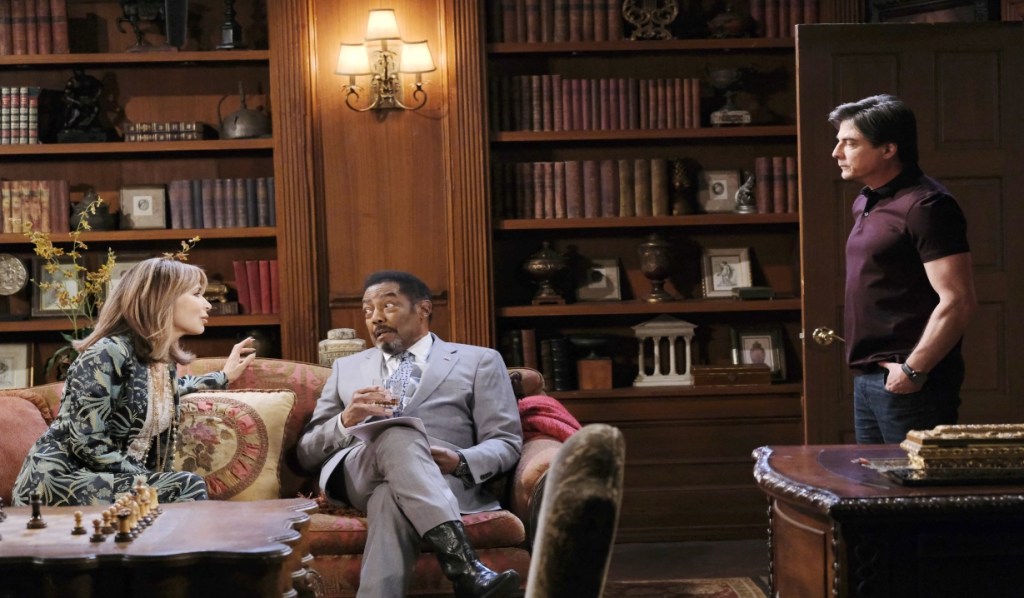 Kate and Abe go to the mansion for a nightcap and to look at paperwork. Lucas sulks in and unloads about the situation with Allie. Everything seems to be blowing up for Will. As Kate starts to complain about Sami, she suddenly appears and orders her to shut up. After a brief rant, she flounces off. Abe defends Nicole’s mothering. Kate isn’t convinced she’s stable. 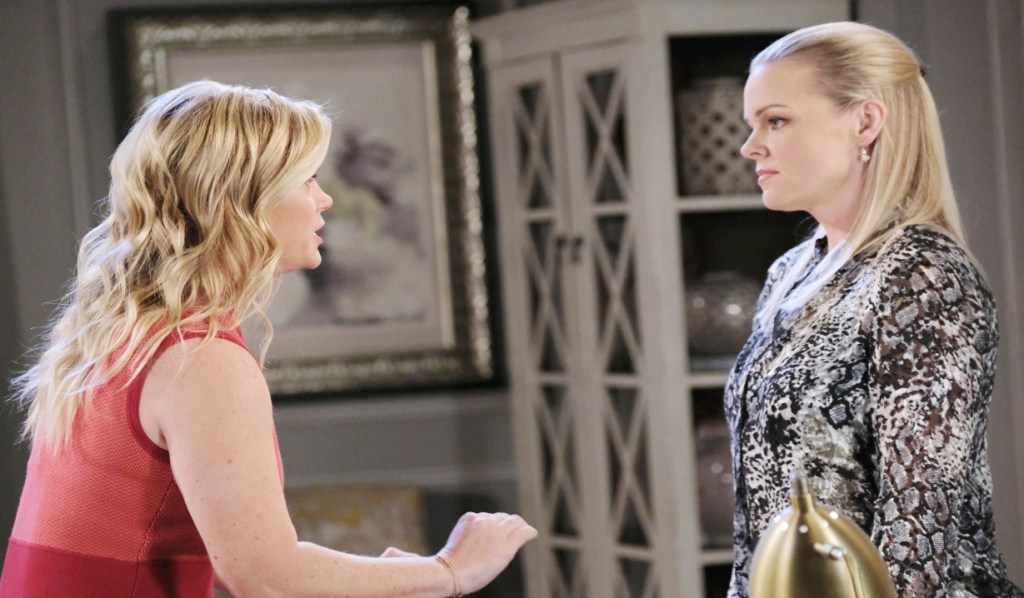 Sami bursts into Marlena’s penthouse and tells Belle and Marlena that Allie left the hospital, leaving the baby behind with a note that she wants Nicole and Eric to raise him. Belle offers to do whatever she can to help. Sami says she’s doesn’t need her help as a sister, but as a lawyer.

On the next Days of our Lives: Jake and Gwen battle over Gabi.

Take a look at the gallery of soap stars who have lasted longest on their shows, and sign up for Soaps.com’s newsletter to get spoilers and interviews in your inbox daily.

Ben and Ciara's Romantic Evening Is...

Ben’s Taken Aback by What He Finds...