Ben and Ciara’s Romantic Evening Is Marred by Something Disturbing

Tuesday August 11, 2020:  On Days of our Lives today, Jack and Jenn's night together is crashed, Gabi blows up at Jake, and Ben continues to have memories of his torture. 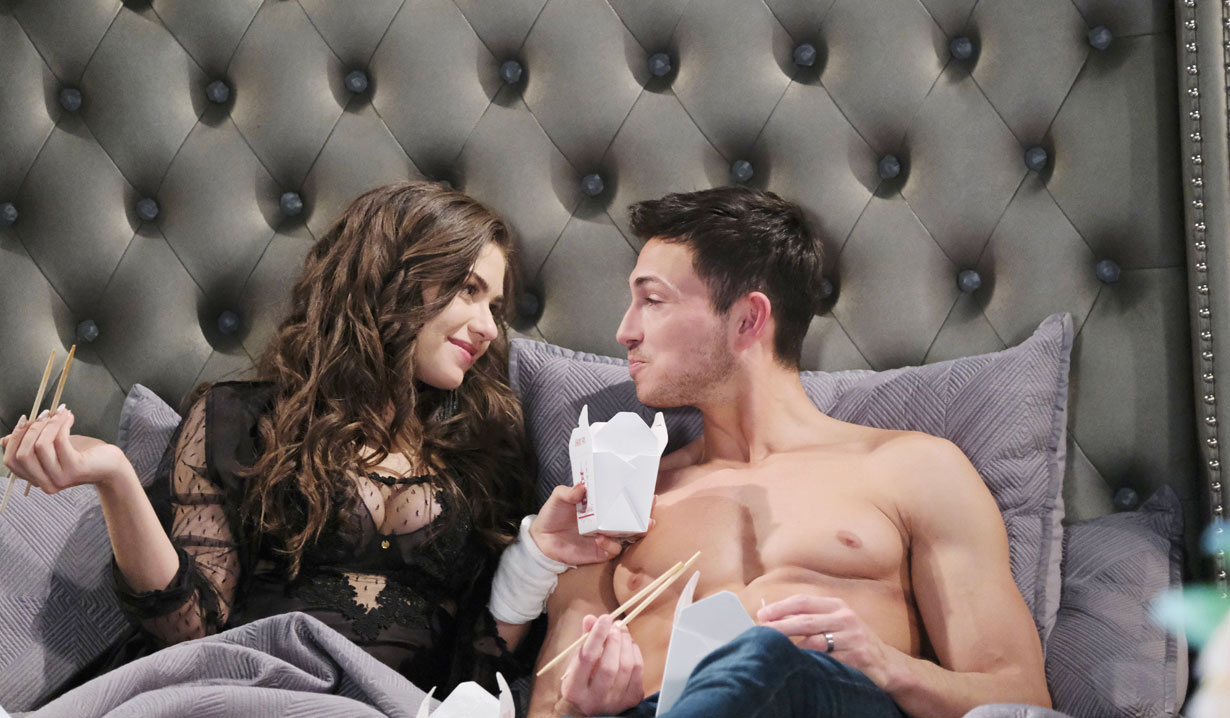 In Horton Square, Justin runs into Bonnie, who has a scarf and glasses on to hide her appearance. She’s on her way out of town, but Justin wants to chat. She suggests they go somewhere private and leads him off. Outside the bistro, Jake thinks he impressed the client, but Gabi tells him it was a total disaster. She scolds him for his terrible table manners and being an incompetent jerk who ran the client off because he doesn’t have the DiMera style and image. Jake asks why she wants DiMera so badly, so she explains they stole her company and Stefan would want her in charge. They get into a huge shouting match about his incompetence, and Jake lashes out and says her precious Stefan was literally heartless and is never coming back. Gabi cries that she misses Stefan and may never get over losing him, but she will have the life she deserves. She storms off. 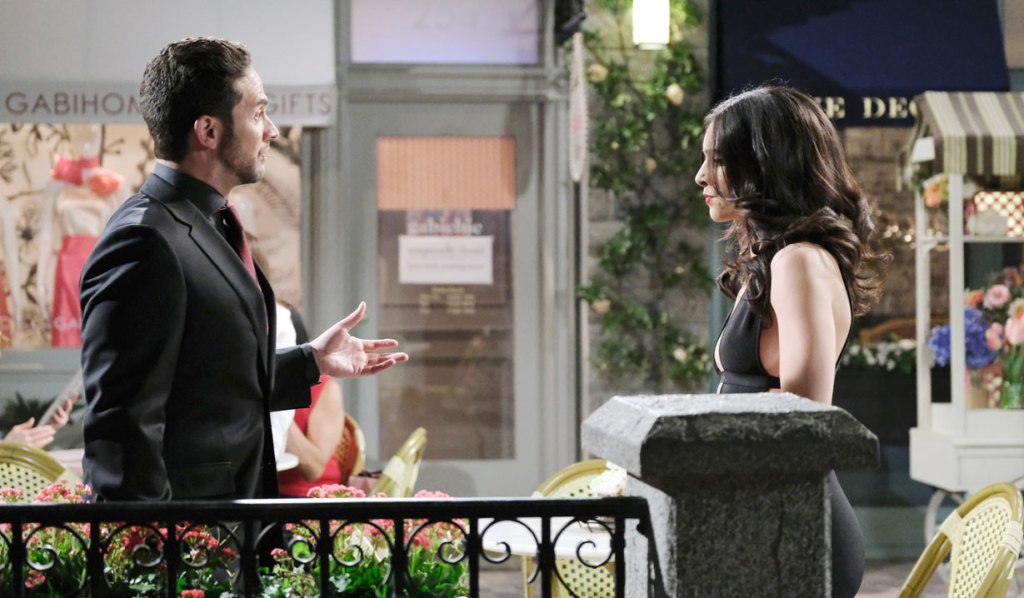 At the Brady Pub, Kate and Abe have a business dinner. They catch up, and Kate tells him about Vivian’s sad little funeral and all the horrible things she did to her. Abe knows she won’t want to hear this, but she and Vivian are a lot alike in being strong, successful and passionate women. Abe suggests they return to business and discuss the latest polls, which Kate tells him are up for him. Abe praises the great job she’s been doing, which she uses to bargain for a raise. Kate admits she enjoys working with him, even when he’s cranky.

At the DiMera mansion, Gwen crashes Jack and Jenn’s alone time by stealing their wine and chugging it straight out of the bottle. Jack assumes she’s Gwen and fills Jennifer in on Jake and Gwen moving in. Gwen rants about Gabi stealing her boyfriend. Jack reveals they aren’t Gabi’s biggest fans either. Jack convinces Gwen, who gabs on and on, that some sleep would do her good. She agrees and departs. 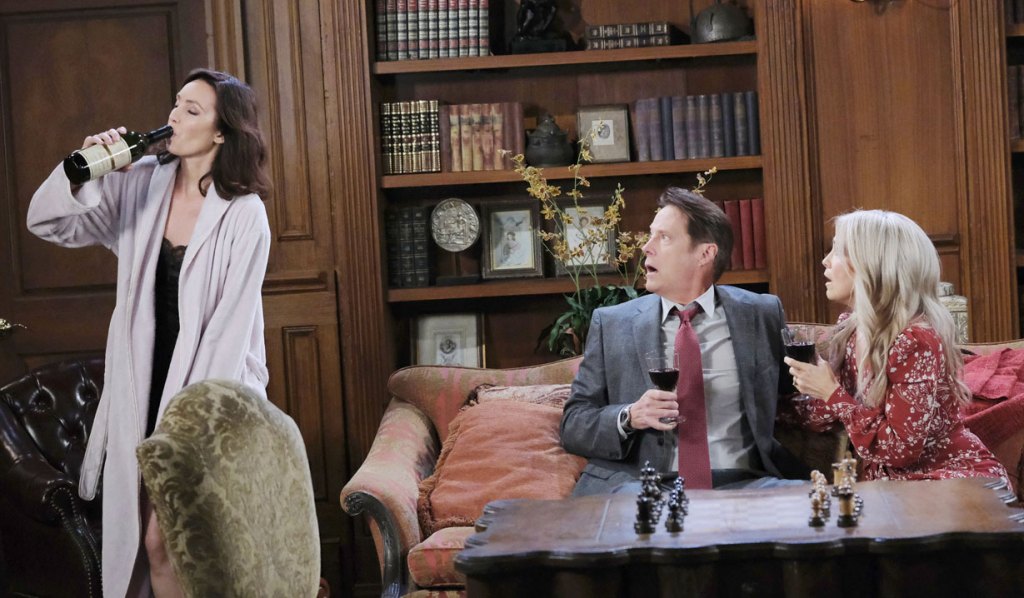 Ciara and Ben return to their room at the Salem Inn and Ben puts the do not disturb sign on the door. Ciara excuses herself to change into what she was going to wear on their wedding night. Ben has flashes of his torture. Ciara returns in her negligee and goes to hang her clothes up and sees her wedding dress is missing. Ben has more flashes of Eve’s conditioning, and the mannequin wearing the wedding dress. Ciara assumes someone took it to the cleaners and then she and Ben hit the sheets. As they kiss, Ben has more flashbacks, freaks out, and pushes Ciara away shouting “No!” Ciara calms Ben down and thinks he’s still reliving the trauma Eve caused him, and he’s putting too much pressure on himself to give her the wedding night he thinks she deserves. She gets an idea and orders them Chinese food. After enjoying their meal, they open their fortune cookies. Ben is horrified to read, “Your pleasure will become your pain and your pain your pleasure.” Ben begins having more flashes of his torture. Ciara asks what it says, and when he reads it again it says, “Things don’t always go as planned.” They laugh about it. Ciara’s reads, “True love always triumphs.” They kiss. 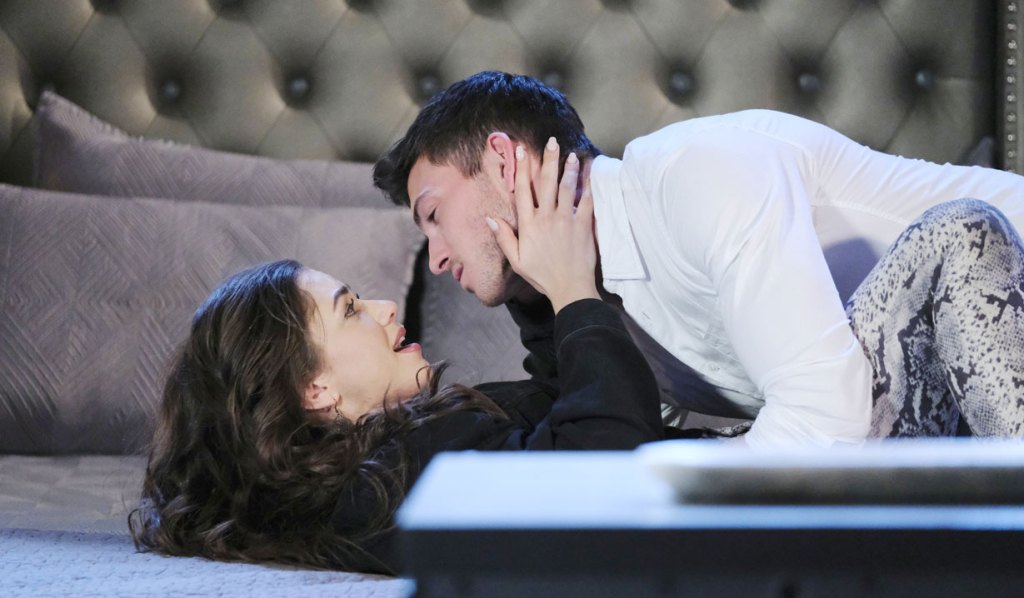 In the park, Justin offers to help Bonnie. She says “Bless your heart” and plants a kiss on his check. She asked what changed his mind. While he still hates what she did, what her publisher did to her was also wrong and he wants to help her. Bonnie knows she doesn’t deserve his help, but she appreciates it. Justin arranges a press conference to announce their lawsuit. She tells Justin he’s a good man and reminds him of her Mickey. 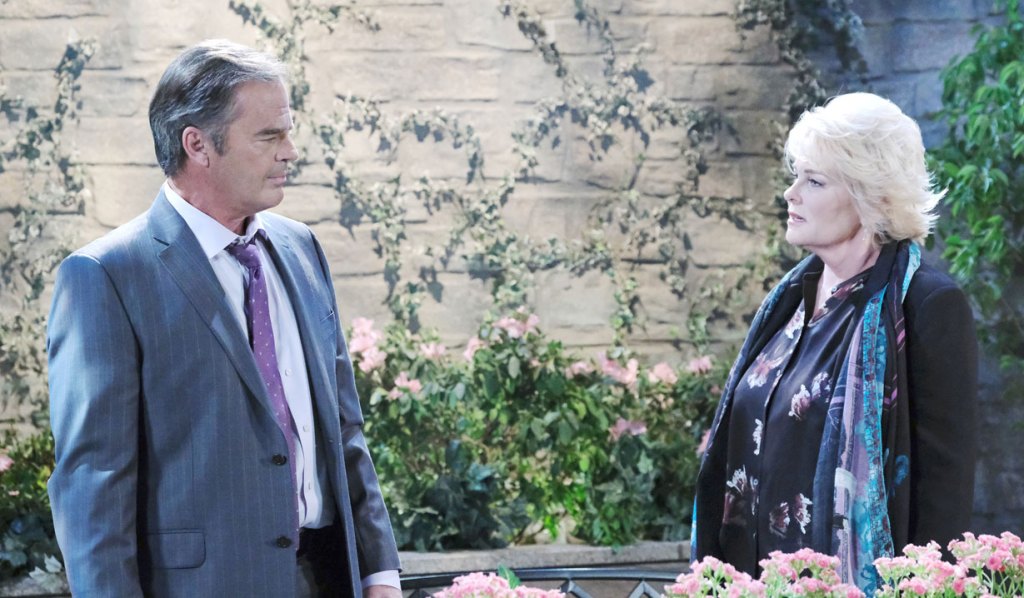 Back at the DiMera mansion, Gabi enters and interrupts Jack and Jenn kissing to pour herself a drink. Gwen returns for more wine and asks Gabi where Jake is. She doesn’t know nor care. Gabi departs, and Gwen wonders what happened to Jake. Jack doesn’t know and suggests to Jenn they retire to their room. Jake enters and Gwen lashes out at him as Jack and Jenn sneak out. Jake apologizes to Gwen and explains Gabi needed his help with a business meeting, but it didn’t work out. He suggests they go to bed to make things up to her. They kiss and she tells him that she’ll be up in a minute. After he leaves, Gwen calls Chad to inform him that Gabi’s pulled some stunt involving a meeting he flaked on. Up in her room, Gabi looks at a photo of Stefan and talks about how for a moment tonight it was like he was back until Jake reminded her of what a caveman he is. Jake stops by to return Stefan’s suit. She takes it and tells him to go, but he wanted to apologize for what he said to her about Stefan. She thanks him and he heads back to his room leaving Gabi in tears. 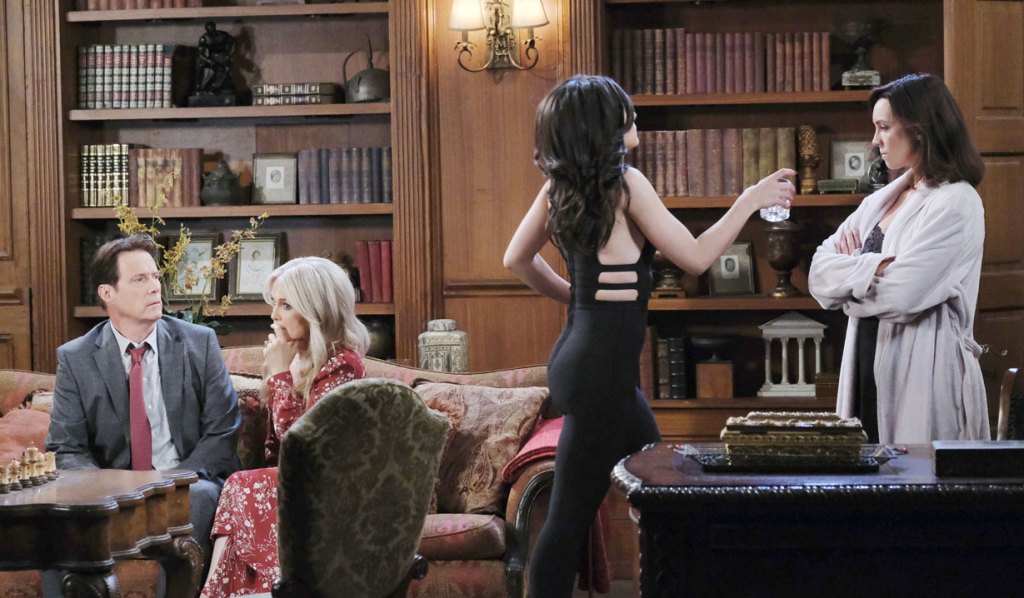 On the next Days of our Lives: Sami, Nicole, and Eric look for Allie, while Sonny and Will try to reconnect.

Take a look back at the gallery of Vivian’s misdeeds, and sign up for Soaps.com’s newsletter to get spoilers and interviews in your inbox daily.

Ciara Begs Ben Not to Kill Her...