Ciara Begs Ben Not to Kill Her…

Monday August 10, 2020:  On Days of our Lives today, Lucas receives news, Vincent lurks in the shadows, and Sami gets an eyeful in Allie’s hospital room. 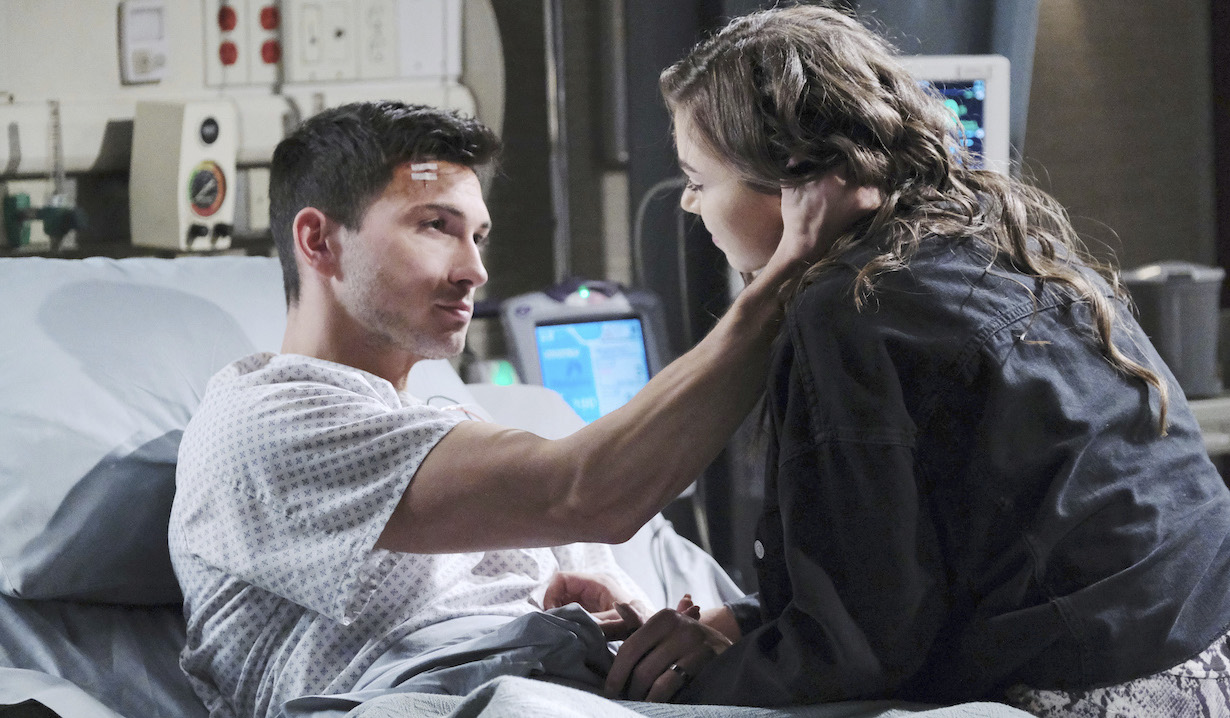 In the Kiriakis living room, Sami asks for Will’s forgiveness. Will admits she didn’t force him to lie to Sonny. He did that on his own and he has to live with the consequences. Will is still mad at her, but if he wants Sonny to forgive him, he has to forgive her too. Sami tells Will she hopes Allie can forgive her. Sami brings up Nicole, and her supporting Allie, then rushes off. Later, Lucas appears and Will admits, “We’re not getting the baby.” Lucas knows Sonny will forgive Will, and Allie will blame Sami. Maybe Allie will change her mind. Will vows never to pressure Allie again. Lucas just wants his kids to be happy.

Eric finds Allie and Nicole looking at her baby in the hospital. Allie wonders if she can change her mind about holding her son. Of course, Nicole says. She suggests Allie and Eric go back to her room and she’ll talk to a nurse. After Nicole walks away, Allie laments that her adoption options disappeared. She doesn’t know what to do now.

Claire visits Marlena at home. Marlena credits Claire with figuring out Eve was Ben’s captor and is proud of how Claire stayed loyal to Ciara. Claire isn’t the same person and doesn’t know what she’d do without Marlena. Talk of Eve comes up and how she set Claire up. Marlena recalls Eve losing Paige and how she couldn’t stand to see Ben happy when he killed her daughter. Claire can relate, having blamed Ciara for her unhappiness, and hopes Ben and Ciara have a long life together. Marlena is happy to hear she wants to stay in Salem. They talk about Allie having had the baby and look at photos. Marlena says they need to support whatever decision Allie makes. 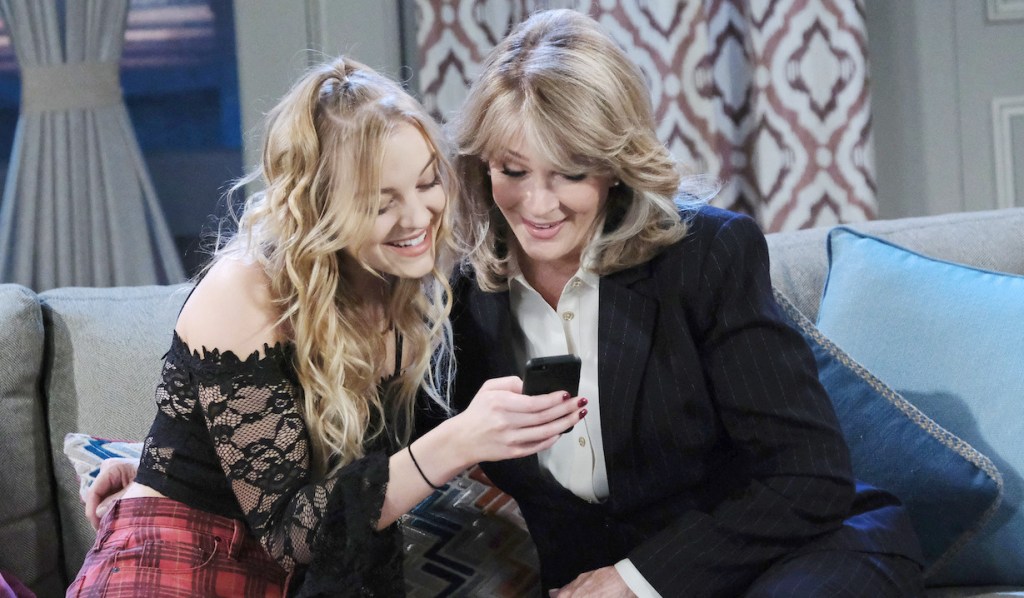 Rafe congratulates Hope at Salem PD regarding rescuing Ben and taking down Vincent, even though he escaped. Hope urges Rafe to find Eve’s henchman. Hope and Rafe hope Ben can fill in the blanks soon. 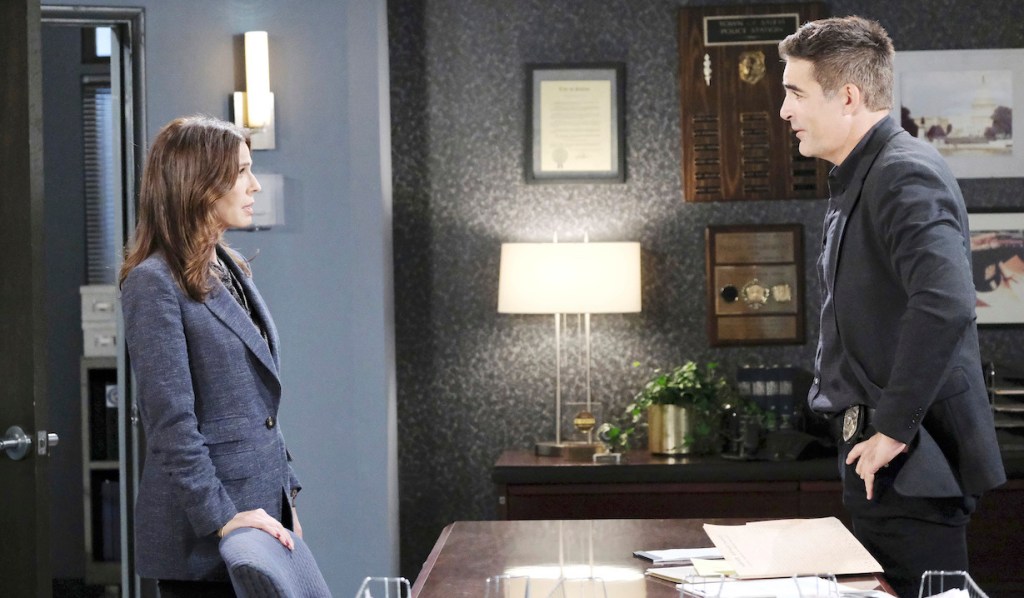 Vincent calls Eve in the park. He assures her he’s fine and in Salem. He knows what she wants him to do. As long as the checks don’t bounce he will see it through. Vincent explains that he snuck into Ben’s room to give him the final dose of mind altering drugs. He expects Ben is ready to ring Ciara’s neck right about now. 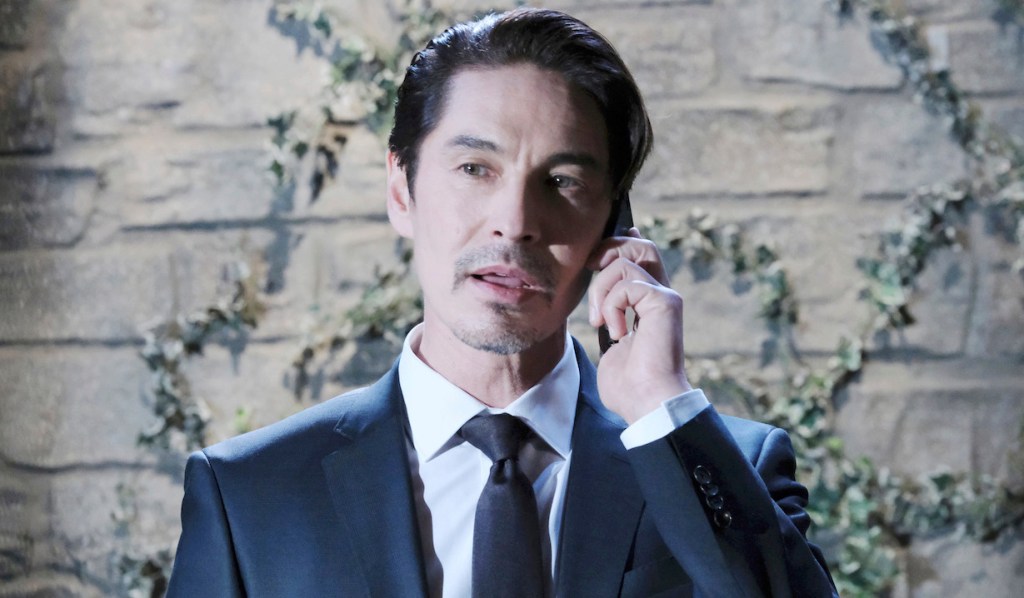 Ciara runs into Ben’s hospital room as he has a nightmare about being tortured. He flinches when she reaches out to touch him. Speechless, he flashes back to the brainwashing. Ciara assures him his ordeal is over. Eve can’t do anything else to him. Ben touches her face and grabs the back of her head and repeats that it’s all over. He rubs Ciara’s neck then starts coughing when she leans in to kiss him. He doesn’t feel like himself. Ben learns he’s able to go home today after the IV is empty, and, in his mind, hears Ciara begging him not to kill her. Ciara wonders if he remembered something. Ben denies it. Unnoticed, Vincent lurks outside Ben’s room, as Ben and Ciara anticipate going home as husband and wife. Ben promises tonight will be special – and Vincent whispers from outside the room in agreement. Vincent spies Hope and Rafe getting off the elevator. They comment on Ben’s toxicology screen coming back clean and head in to question Ben. He still doesn’t remember anything and listens as Rafe theorizes that Eve probably wanted him to die a slow, painful death. Ben pulls out his IV and demands to go home now. Back in Allie’s room, Eric suggests she give Will another chance. Nicole appears and places Allie’s baby in her arms. In tears, Allie introduces herself as his mom. Sami barges in, stunned to see Allie holding her son. Did she change her mind about keeping the baby? Allie hasn’t made any decisions and admits it was Nicole’s idea to hold the baby. Eric and Nicole leave mother and daughter to talk. Sami apologizes for interfering and assures Allie the baby will be a part of her no matter what she decides. Allie admits she feels a bond but doesn’t want to screw up her baby’s life. Sami suggests she learn from all the mistakes Sami made with Allie. Allie thinks Sami looks at her kids as mistakes but Sami disagrees and professes her love for all her children. Allie’s glad they had this talk, now she knows what she needs to do. Sami asks to hold the baby, and Allie agrees. Sami sobs her love to her grandchild and daughter then leaves to take him back to the nursery. Elsewhere, Eric recalls his own baby and how he lost her. Nicole holds him close and suggests they adopt a sibling for Holly. Sami joins Nicole and Eric and thanks Nicole for convincing Allie to hold the baby. She thinks Allie’s going to keep him now. Later, they head back into Allie’s room and find her gone. Eric reads a note from Allie. She had to leave but knows what’s best for her baby… Nicole. Allie wants Nicole to raise her son. 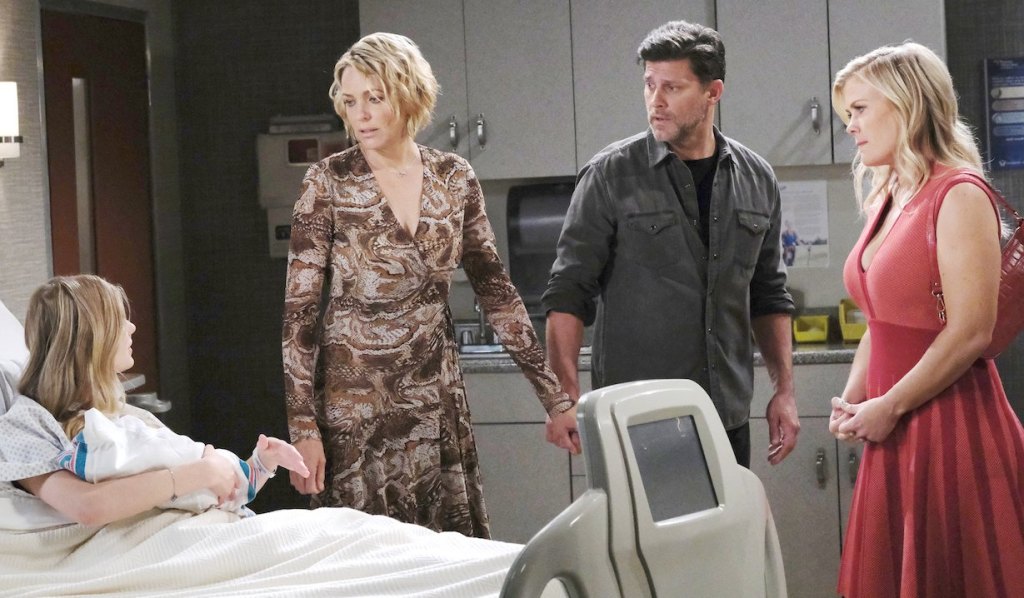 Vincent watches Ben and Ciara head into the Salem Inn and reports back to Eve. Ciara is going to have a memorable night – her last night on earth. Ben carries Ciara into their room and lays her on the bed. He kisses her then pulls away. Ben puts the Do Not Disturb sign on the door.

Take a look back at the gallery of how Eve and Vincent tortured Ben then get the soap news, spoilers and interviews in your inbox daily with Soaps.com’s newsletter. 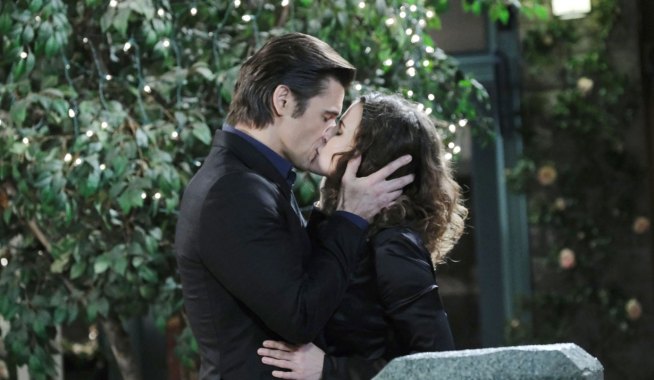 Ben and Ciara's Romantic Evening Is Marred by Something Disturbing 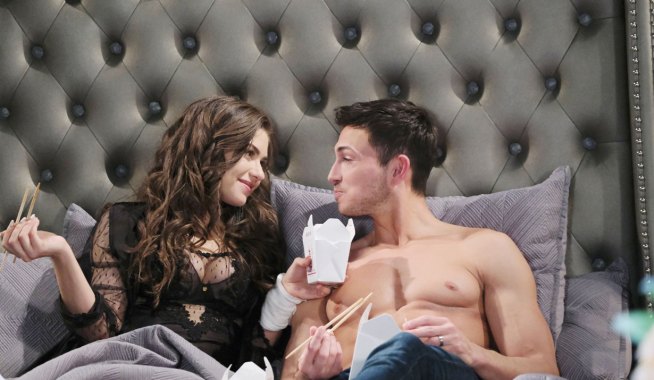