Friday July 23, 2020: On Days of our Lives today, Ben is missing, Rafe informs Allie of his decision regarding her baby, and Claire feels nobody believes her. 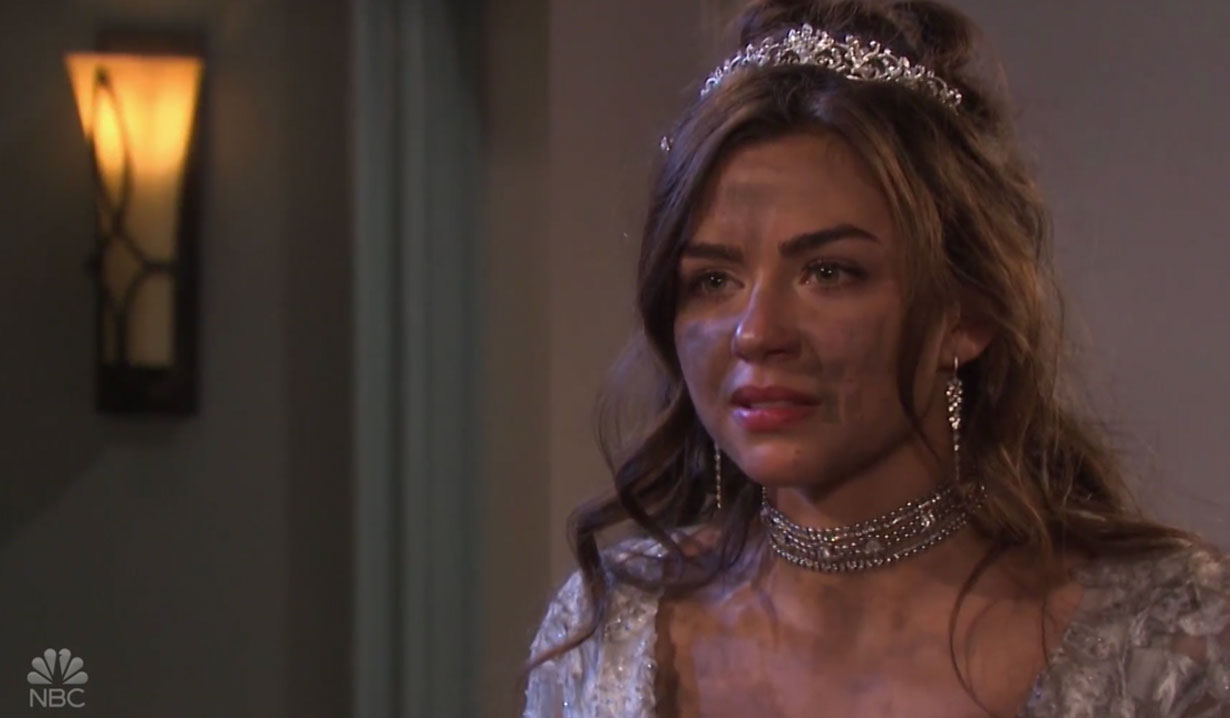 At the hospital, Will is with Allie in her room. Over the phone he tells Sonny that he’ll be home soon. Out in the lobby, Lucas and Sami arrive and ask Marlena where Allie is. Sami and Lucas suddenly burst into Allie’s room and Sami blasts her children for putting their lives in danger to attend a murder’s wedding. Allie lets her brother know it’s okay for him to go, and thanks him for looking out for her. Will departs, and Sami hopes this ordeal has made Allie think twice about giving up her baby. Allie wants her child to have a loving parent like Rafe. Sami asks about her brother, but Allie offered her baby to Rafe first and it’s his decision. 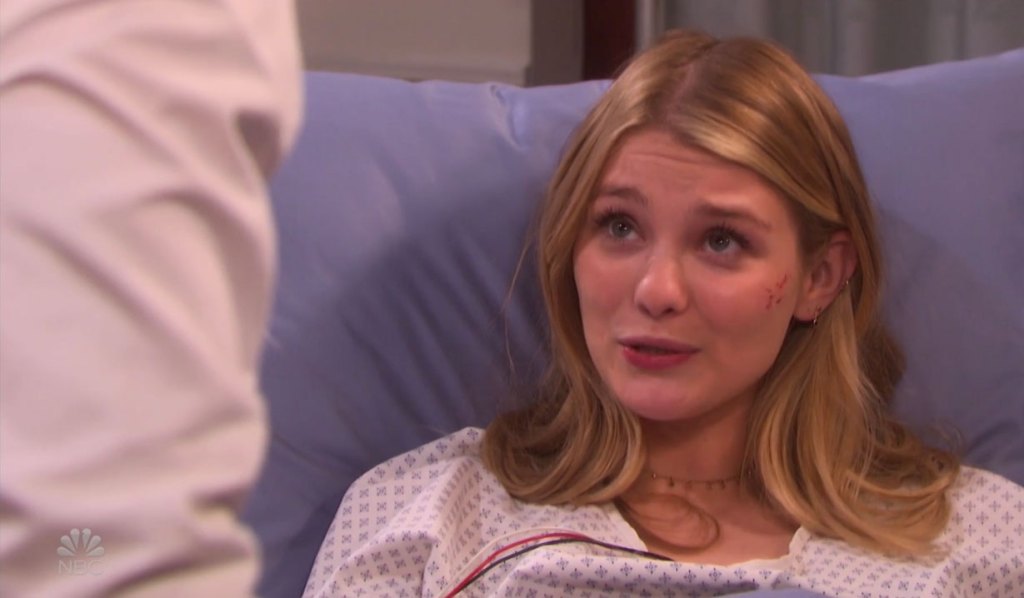 John walks into his penthouse and Belle sees the bandage on his head and asks what happened. John fills her in on the explosion at the church. Claire enters and is jolted to learn about the explosion and that Ben is missing.

At the church, Ciara is stunned when Ben is not found in the rubble. Shawn, Rafe and Hope try and keep her calm and suggest he may be disoriented and wandering around. Hope finally pulls Ciara away, and Rafe and Shawn try and figure out what happened. 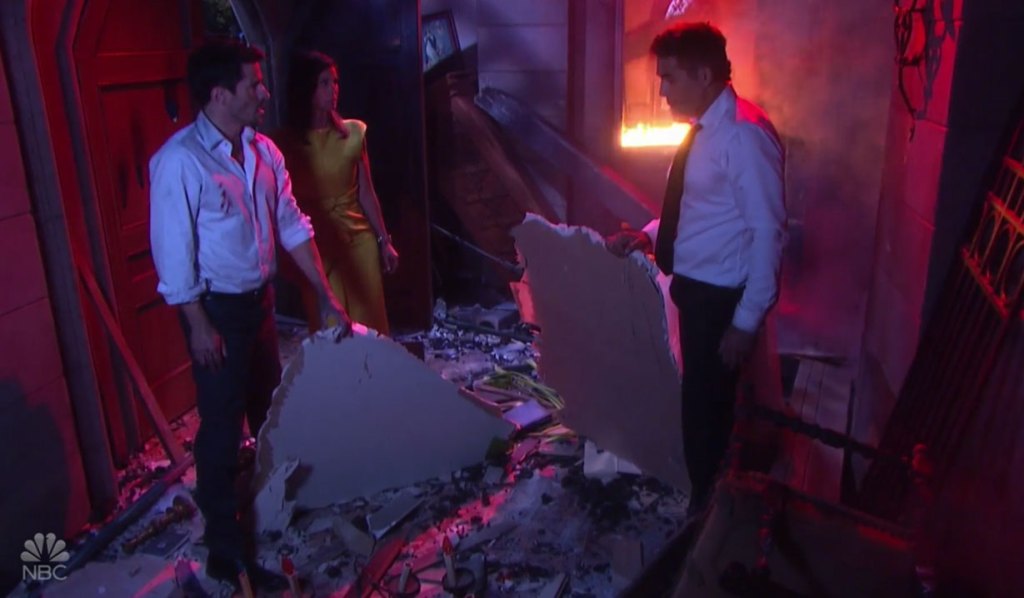 In Salem Place, Ciara tries to call Ben, but it goes to voice mail. Shawn arrives and informs Ciara that the explosion was no accident and they found a detonator. Shawn points out that Ben has a lot of enemies, but Ciara thinks this was meant for her and rushes off.

More: Deconstructing Days is over Julie

Back at John and Marlena’s, Claire looks at a photo of Ciara and Ben and breaks down, thinking she should have been there, as Belle hugs her. Suddenly Ciara bursts in and accuses Claire of being there and planting the bomb to try and kill her and Ben. Hope and Shawn enter and hold an enraged Ciara back as she screams at Claire. Claire asks them to think about this, how would she build a bomb at her grandparents’ penthouse, and why would she risk blowing up a church with her grandparents and other people she loves in it. Ciara begs them all to see this is something up Claire’s alley. Hope tells Ciara they should go, but Ciara swears to Claire she will see her locked up forever for this before departing. Claire insists to her parents she didn’t do this but senses they don’t believe her, so she leaves them to talk about her behind her back as usual. Alone, Shawn tells Belle even if Claire did sabotage the dress and the ring, she couldn’t have planted the bomb because she was here. Belle recalls Claire snuck out and tells Shawn. 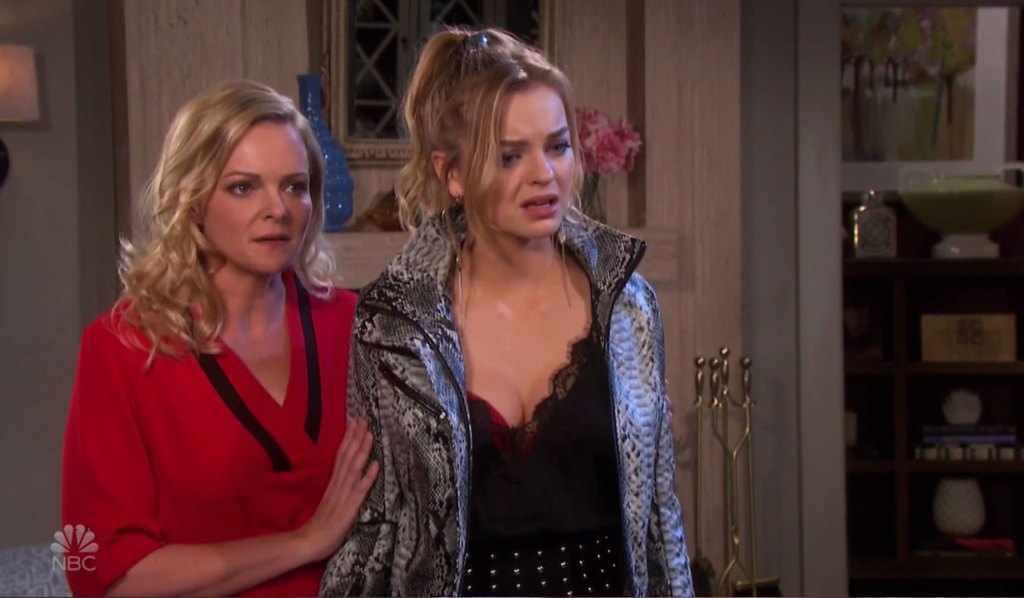 More: Speculating on the wedding bomber

Rafe arrives at the hospital and runs into John and Marlena. He informs them the explosion was no accident and it was a bomb. Later Sami finds Rafe on the phone and learns someone blew up Ben and Ciara’s wedding and jokes at least she has an alibi. Rafe isn’t amused. Sami pulls Rafe aside to talk about Allie’s baby. She knows some kid will be super lucky to have him as a father one day, but not this kid. She begs Rafe not to adopt Allie’s baby. Back in Allie’s room, Lucas tells his daughter to never scare him like this again and hugs her. He knows she must have been scared back there, for herself and the baby. They discuss her decision, and she insists she will decide what is best for her child. Lucas admits he agrees with her mother and feels Will would be a better option if she didn’t want to keep the baby. Elsewhere in the hallway, Will returns and asks Marlena if there is any news on Ben. She tells him no but fills him in that the explosion was due to a bomb. He explains he was with Allie earlier when their parents arrived, and he is still wondering what will happen with Allie’s baby. Marlena knows he wants to adopt the baby, but Allie is going to make the decision she feels is best. Lucas exits Allie’s room and finds Sami in the lobby. He tells her that Allie is determined to give her baby to Rafe, so they have to just hope she does the right thing. Meanwhile, Rafe goes in to see Allie and lets her know that he’s come to a decision. He has decided that after everything that happened with David that he’s not ready to raise a child.

Hope takes Ciara back to her room in the Salem Inn. She offers to stay with her daughter, but Ciara wants to be alone. Hope says she’ll stay in the hall in case she needs her. Ciara goes into her room, which has been decorated for her wedding night. She cries as she thinks about her wedding and collapses onto the bed in tears.

Somewhere, an unconscious Ben is shown being shut into the trunk of a car.

On the next Days of our Lives: Allie has good news for someone regarding her baby. 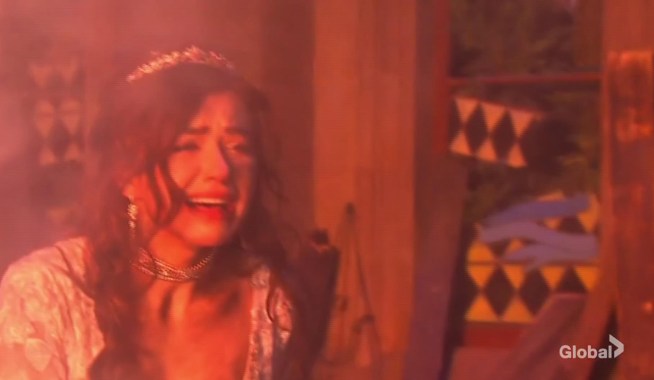 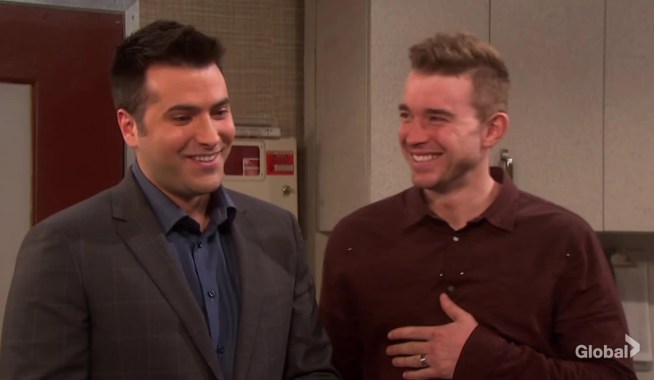