Nicole and Eric’s Wedding Is Interrupted by Hurricane Sami

Tuesday June 14, 2020: On Days of our Lives today, Nicole and Eric's wedding begins, Stefan is confused about who he is, and Gabi lays into Chad and Gwen. 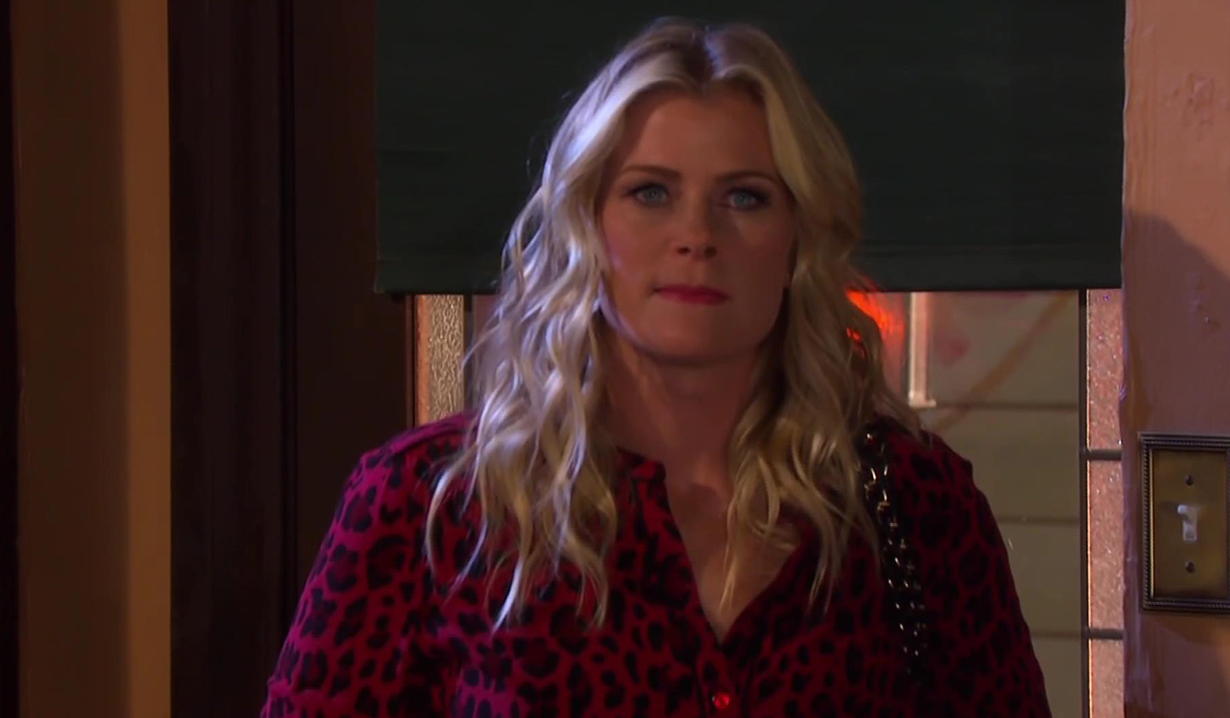 In his room above the pub, Eric cries as he finishes reading Grandma Caroline’s letter.

Marlena brings Holly home after her manicure. Holy goes off with Allie and Marlena can see Nic’s nervous. Nicole wants everyone to root for them – meaning Marlena. Marlena just wants her son’s happiness and it’s clear Nicole makes him happy. She hope it lasts forever. 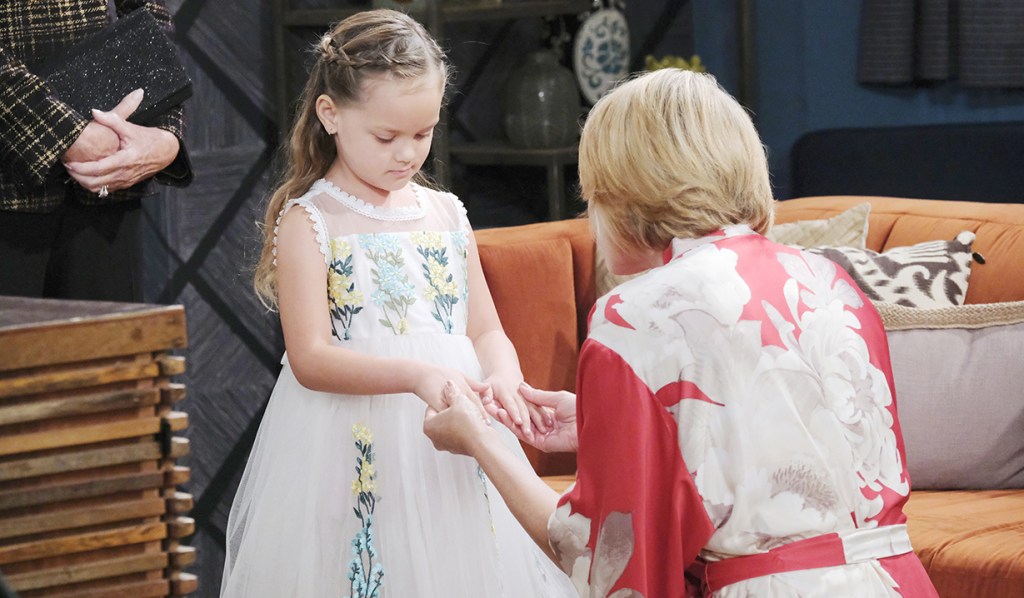 Kate lets herself into the interrogation room. Vivian’s relieved and urges her on to get the serum already. Kate did. She whips out three syringes filled with it. Vivian’s thankful but Kate says not to be because the last time Rolf gave Gabi the formula, it was the wrong one. Kate could take it to the lab and test it. Vivian rips the cap off with her teeth and jams it into Kate, using her as the guinea pig. Kate gasps. “There could be poison… I can’t believe you did this to me after what I did to you.” She worries she’ll be… “In a bed with Abigail.” Kate whispers, “Yes!” Vivi asks if Kate’s hallucinating pink elephants. Kate says she sees something “so disturbing. It’s despicable. I feel like I can’t describe it.” She says it’s not a hallucination. “It’s you.” Kate starts to laugh as she recalls a favored pen. She realizes it’s the real thing. Vivi wants her to inject her son. Kate huffs about it and takes off. Later, someone pays Vivian a visit. Someone she’s relieved to see. 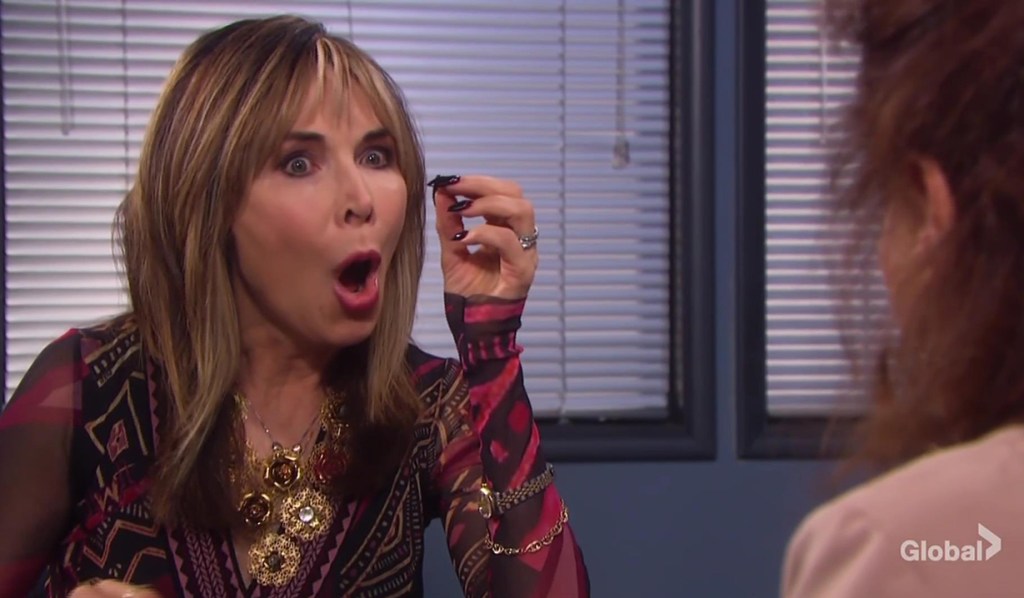 Above the garage in his room, Stefan looks surprised by an online headline that reads, Stefan DiMera “Was it rape?”

More: Who could replace Ciara with Ben?

Drunken Gwen is happy to have met Chad, who hates Gabi as much as her. They drink to that as Gabi walks in. Gwen and Chad hold their heads in their hands at the sight of her. Gabi warns Gwen to stay away from Stefan. Gwen throws having sex with Jake in Gabi’s face. Gabi says it’s because he’s fantasizing about her. Gwen goes at her and Chad holds her back. They continue to spar, verbally and Gwen stumbles out. Gabi remarks that his marriage to Abigail is on the rocks and he mocks her for loving Stefan. 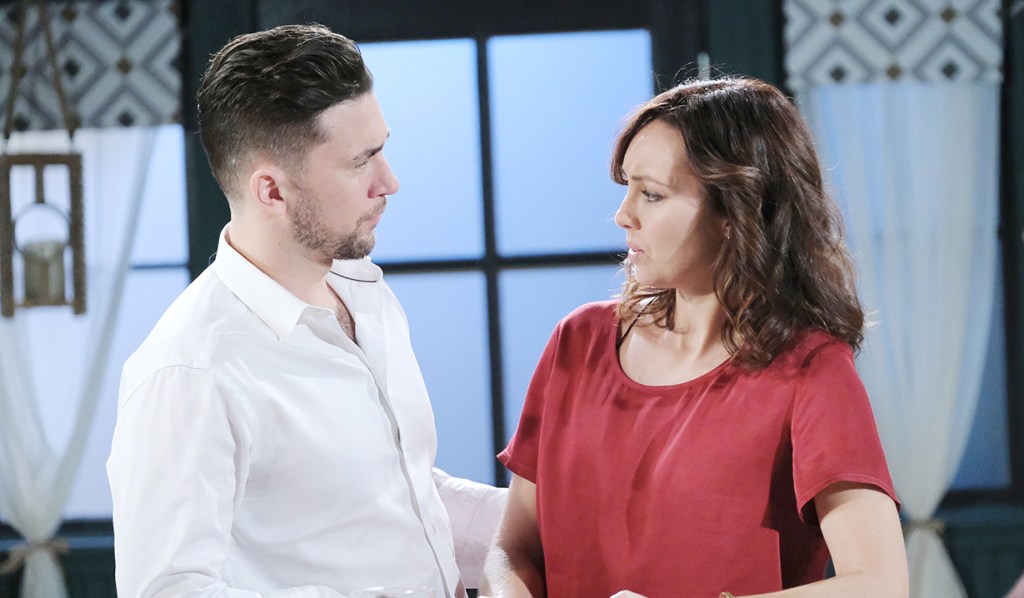 Marlena, Allie, Hollie and Nicole enter the pub where Roman, John and Abe greet her, taking in her beauty. The women hide as Eric comes down the stairs and hugs Roman, ready to marry his bride. Soon, the wedding begins. Holly sprinkles flower petals on the floor and Nicole walks down the makeshift aisle. Abe begins the ceremony, calling Nicole and Eric his family. He’s glad to officiate their wedding at this venue which is filled with memories that have shaped their lives. Eric says he has realized he can’t live without her and doesn’t want to. He doesn’t want to be away from that beautiful girl Holly ad raise her with Nicole. He thanks her for being his family and his wife. “I love you.” Nicole sobs. Nicole responds by talking about being a loner with big dreams – and schemes. She recalls the first time they were together. She chose money over love and can’t believe she got a second chance. Eric has forgiven her for so much, and they’ve gotten through so much. She knows they can get through anything. They say I love yous and flashback to falling in love over the years. They say their official vows and Roman produces the ring. Eric and Nicole exchange vows. Abe pronounces them husband and wife. They kiss and Abe pronounces them Mr. and Mrs. Brady. “My deepest condolences,” snipes Sami from the door. 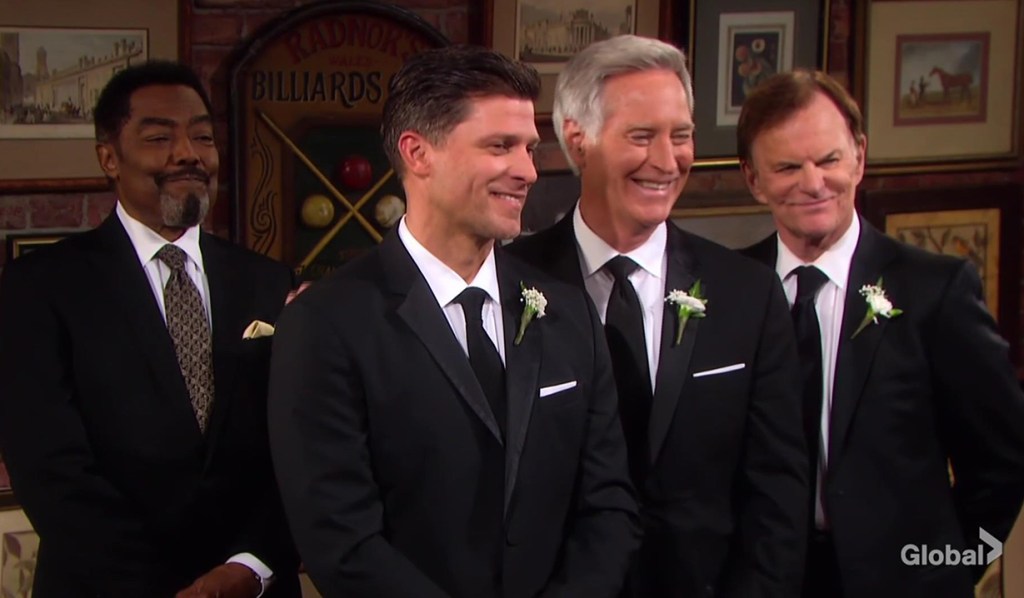 Gwen finds Jake at the garage. She moans about him giving her the boot. He admits he’s confused. It’s best for them both if they take a break. Gwen tries to get him into bed but he can’t. He tells her about Abigail’s rape at Stefan’s hands and that Abigail had a mental illness. Gwen calls this consensual and she kisses him. He reacts but then pushes her away. When she asks who he is, he yells that he doesn’t know and isn’t sure he wants to. Gwen leaves, bumping into Gabi on her way out. Kate interrupts with the syringe full of serum – a present from Dr. Rolf. Gabi worries if it’s the right one but Kate says Vivian tested it on her. Stefan doesn’t care. He’s not taking it. He knows what Stefan did and doesn’t want to be that person.  Kate can’t blame him. She snarks that she’s team Chad and leaves the syringes as she goes. Gabi convinces him to take the serum so he jabs himself in the arm.

Gwen returns to Julie’s Place and Chad notices how drunk she is. He knows she’s homeless and takes her home.

On the next Days of our Lives: Gabi and Jake wait impatiently for the serum to kick in.

Get the soap news, spoilers and interviews in your inbox daily with Soaps.com’s newsletter. Feel free to peruse the Nicole and Eric wedding photo gallery – more will be uploaded during tomorrow’s episode.

Eric Receives a Message From Beyond...

Ivan Makes a Huge Reveal About...