Friday July 10, 2020: On Days of our Lives today, Vivian blackmails Kate, Chad learns about Stefan, and Gabi discovers Jake and Gwen slept together. 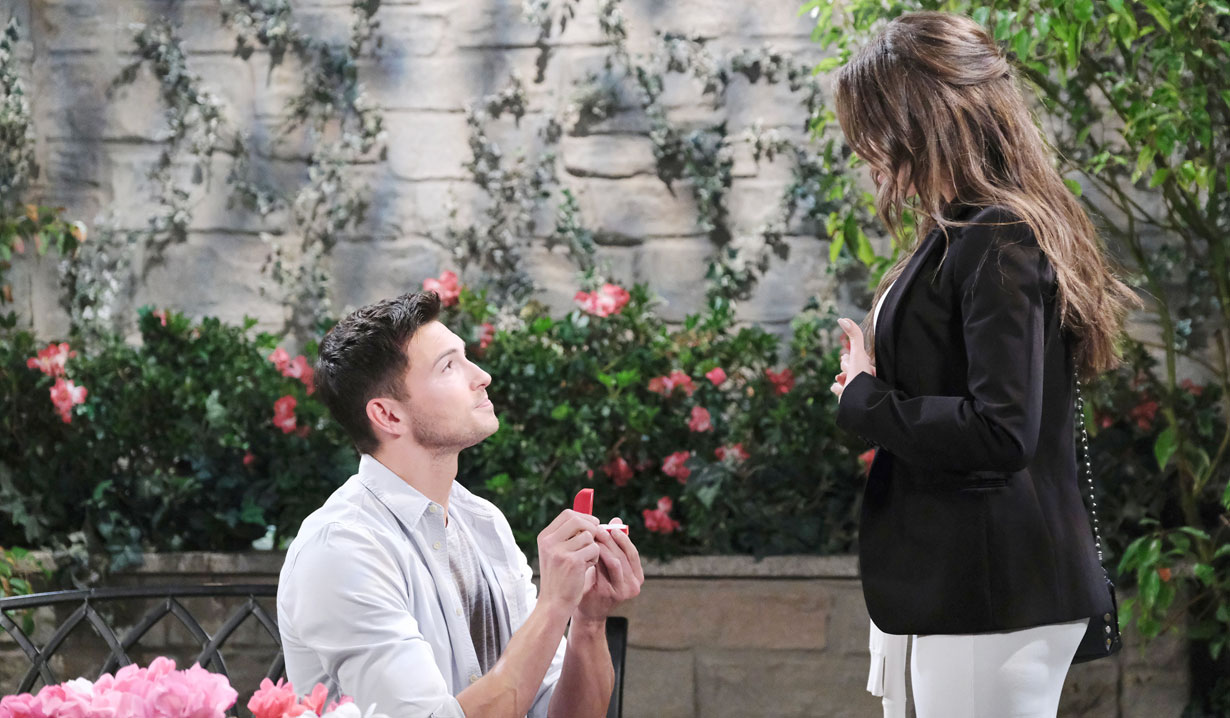 At the DiMera mansion, Chad talks with Abigail over the phone. He’s planning to return to Florida to be with her. After the call, Gabi enters with a tray to serve him the DNA results that prove Jake is Stefan. Gabi wants Chad to get Stefan’s memory back by getting Rolf to give him the serum. Chad chuckles and refuses. She vows to get Stefan back and then grind him into dust. Gabi departs and Chad crumples up the DNA results. Jack and Jenn enter, and they learn Stefan is alive. Jack tells Chad he needs to stop Gabi and Stefan for ruining his family, so Jenn decides to go to Florida to be with Abby for the time.

At Stefan’s place, he wakes up in bed with Gwen. When Gwen looks around and plans to make some changes to his place, they bicker about the status of their relationship after what happened the previous night. Gwen wants to know whether they are together or not. Gabi suddenly pounds on the door, and Jake asks Gwen, who is wearing only his shirt, to hide in the bathroom. Gwen refuses and opens the door to Gabi, who is stunned that Jake is standing there in his briefs. Gabi storms in and can’t believe Jake slept with Gwen and reminds him of the DNA results. When Gabi demands to speak to Jake in private, Gwen is floored when Jake asks her to leave, promising to call her later. Gwen quickly dresses and storms out, and Jake tells Gabi that he doesn’t really owe her an explanation. Gabi is planning to get his memory back and is working to get to Rolf, but asks Jake to promise her not to sleep with Gwen or anyone else until she gets the serum. He agrees but says he’s doing this for himself and not her. They shake on it. 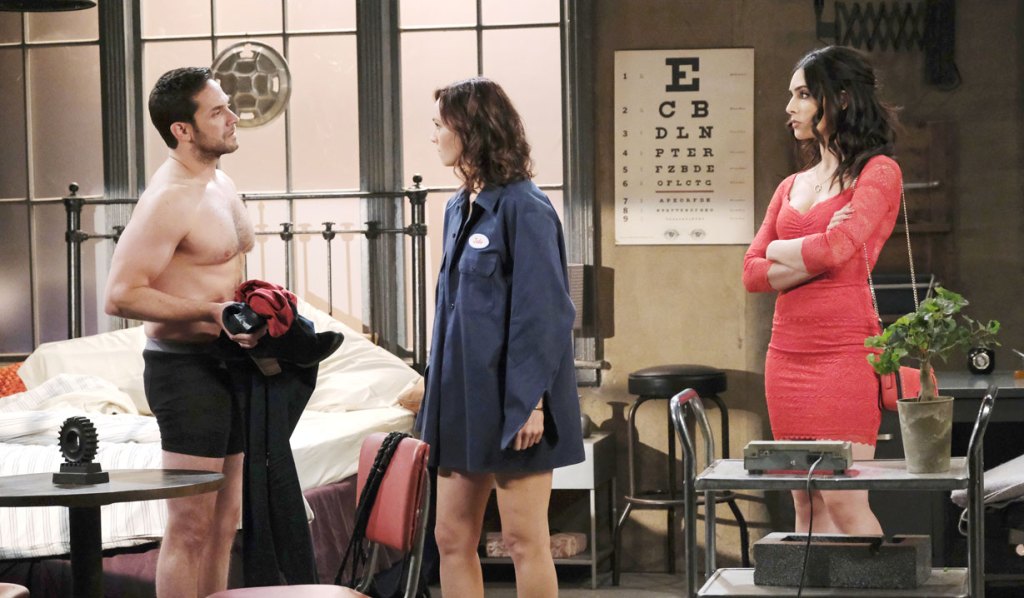 More: Soap opera couples from hot to not

Ben and Ciara shop in the Horton Square when Ciara appears. They sit down and she informs them she’s found a specialty cleaner trying to fix Ciara’s dress. She wants to help Ciara pick out some bling for her big day when she learns Ben and Ciara were about to get Ciara a proper engagement ring. Claire insists on helping because no one knows diamonds as she does. She convinces Ciara to let her help Ben pick the ring out so it’s a surprise for Ciara. Ben pulls Ciara aside and feels this is a bad idea, but Ciara begs him to do this because Claire deserves a second chance. He eventually agrees. 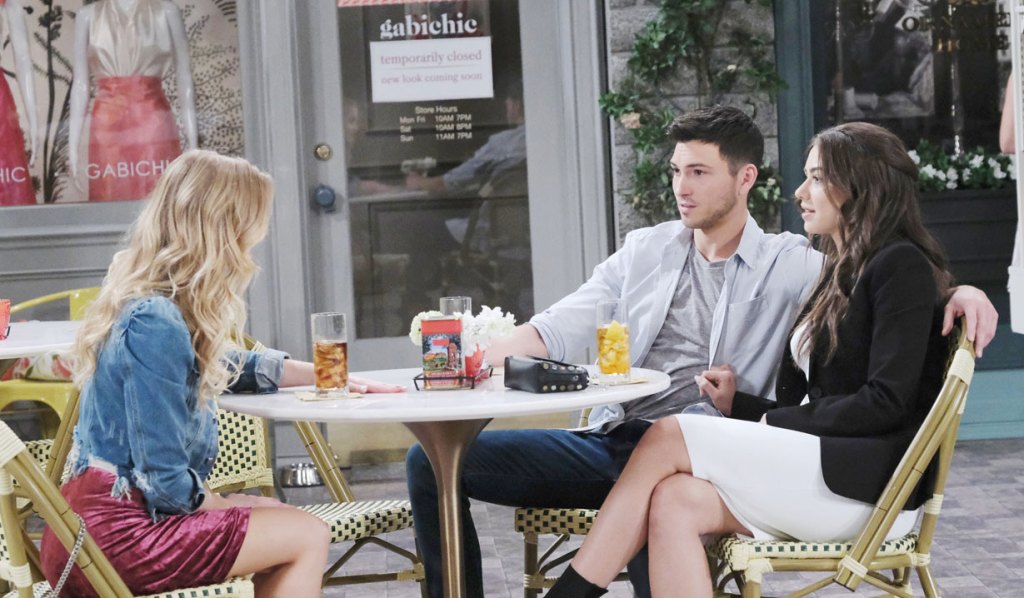 As Lani and Eli sleep, there is a knock at their door. Lani answers to find Vivian standing there with a gun drawn. Vivian shoots her, and Lani wakes up from the nightmare screaming. Eli comforts her and later serves her breakfast in bed. Lani feels like they’ve been cooped up in bed for days and it’s time to get back to reality, but he convinces her to postpone that a little more and they make love. After, Eli admits it is time to get to work because Vivian’s arraignment is today. 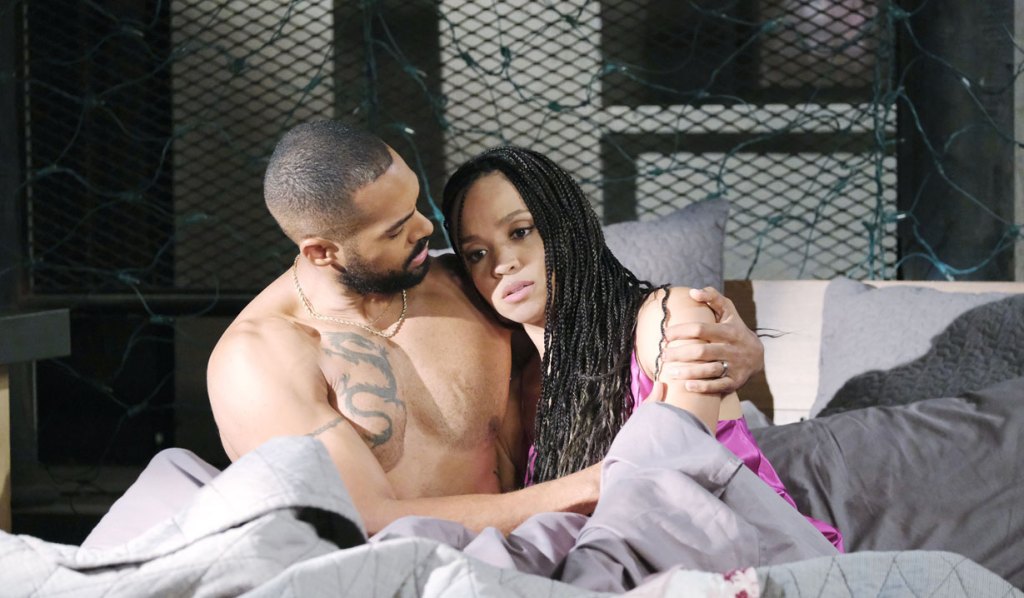 More: Soap opera stars who grew up on screen

Kate drops by the police station to visit Vivian for some payback. Vivian asks what she’s going to do, shoot her again? Kate taunts that she has a gun in her purse, but Vivian knows she couldn’t have got it past the metal detectors. Kate says it’s made out of polymer and pulls the gun from the purse. Kate tells her to say hello to Satan and squirts her with what turns out to be a water gun as Vivian screams. Vivian thinks it is time Kate pays for her crimes and plans to tell the police and mayor how Kate shot her. Kate agrees not to testify that Vivian tried to kill her if she keeps her secret, but Vivian needs more. She wants her son back. Vivian wants Kate to go see Rolf and get the serum for her son. Eli and Lani enter and demand to know what is going on. Kate says she came to make sure Vivian was locked up for good, but Lani and Eli tell Kate she knows she shouldn’t be there. Kate explains she was just leaving to see her doctor, and Vivian assures Lani she has nothing to fear for her because she didn’t kill her son after all. They are stun that Jake is Stefan. 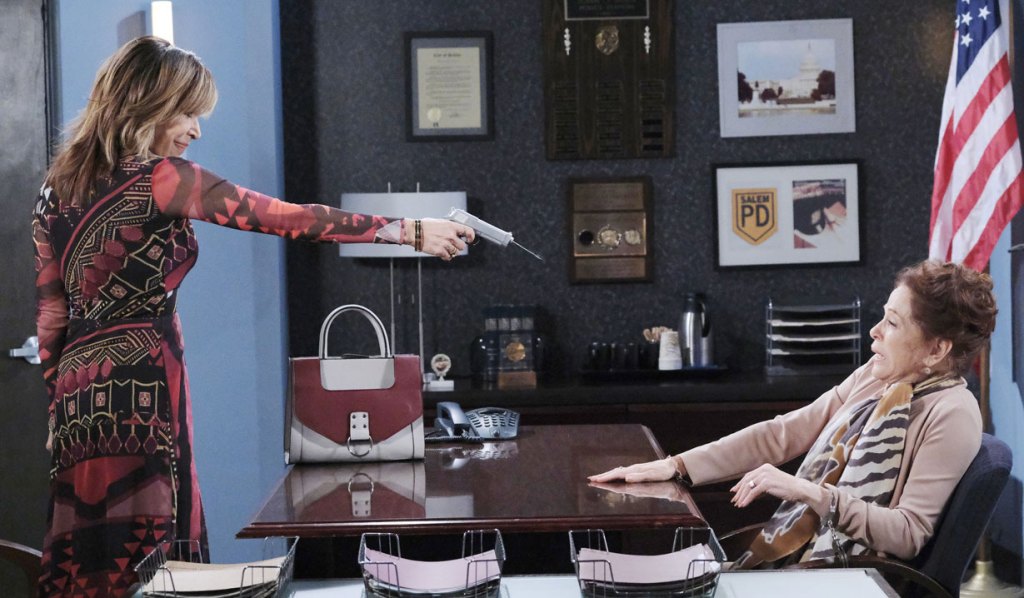 Chad goes to Julie’s place and puts in a call to someone to find everything he can about Jake Lambert from Philly. He sits at the bar where Gwen is drinking heavily. He asks if she’s having a bad day. Gwen vents about a bitch named Gabi DiMera. Chad offers to buy the next round so she can fill him in.

In the park, Claire tells Ben that the ring is perfect in every way. Ben thanks her for her help. Claire departs when Ciara arrives. Ben gets down on one knee to propose with a proper ring. When he opens the box, it’s empty. Ciara frets. 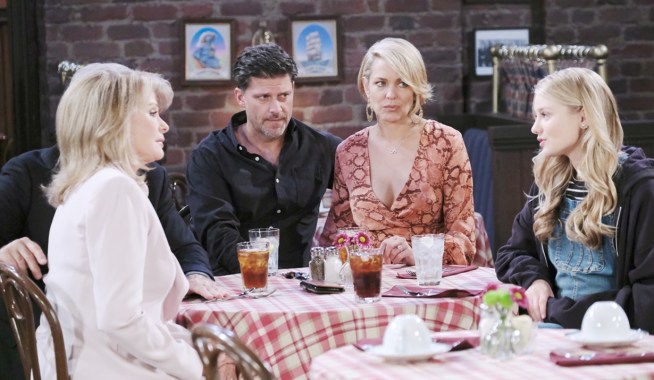 Eric Receives a Message From Beyond the Grave – From Grandma Caroline 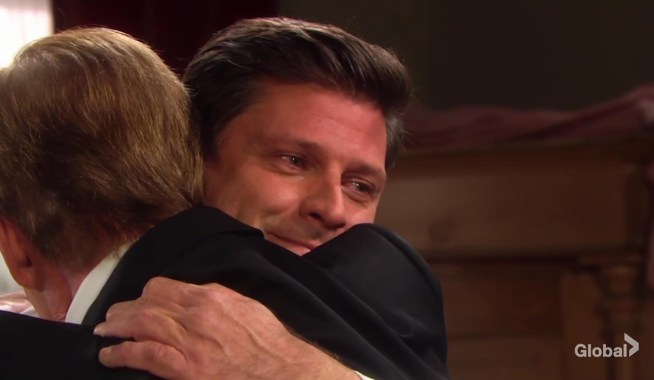