Thursday June 25, 2020: On Days of our Lives today, Allie makes a decision on who she wants to have her baby, Sarah's offended by Xander's offer to give her another baby, and someone is spying on Lani and Eli. 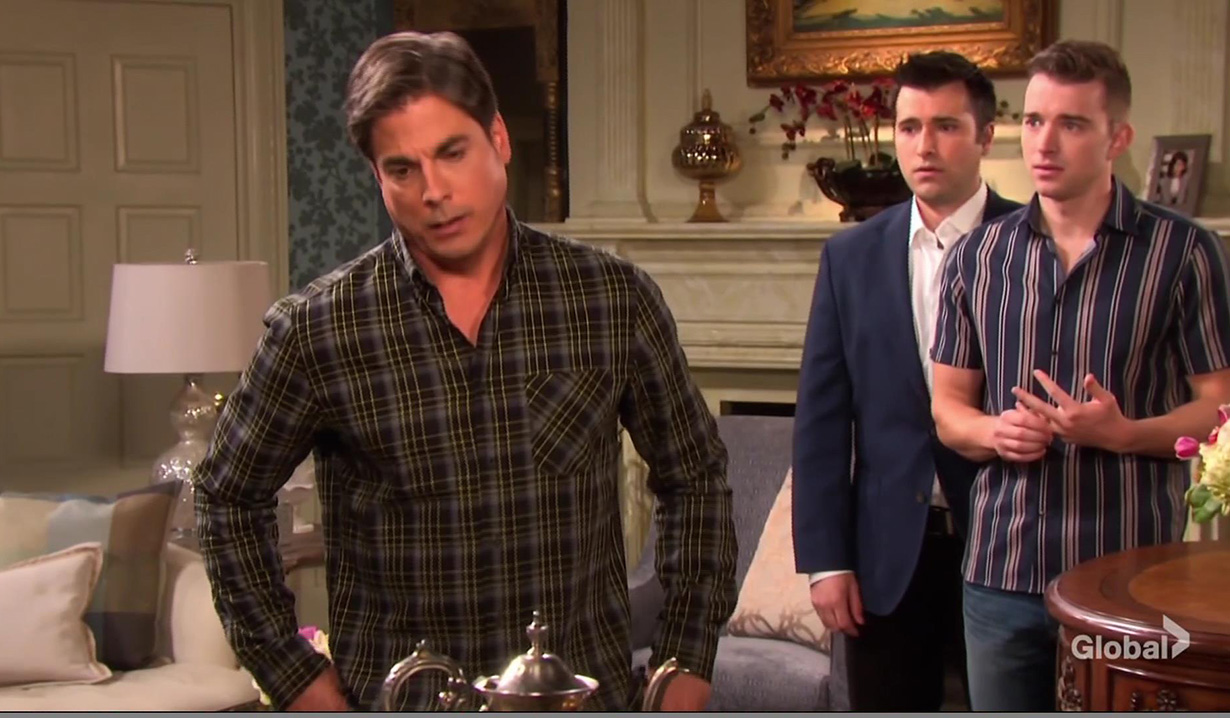 At the Kiriakis mansion, Lucas asks Will and Sonny to help convince Allie not to give up her baby to complete strangers. Will asks, “What if they weren’t complete strangers?” They’d like to adopt the child. Lucas wonders if Allie wants to give her baby to them. He asks them not to pressure her. They won’t. Will wonders if he’s got an issue with them, as gay men, adopting the kid. Lucas denies that. He loves them both and thinks of Sonny as his own. He knows they’ll be terrific parents. He worries Allie will change her mind and want her baby back. He reminds them of Will’s upbringing and the custody case. He doesn’t want that for them or his grandchild. Besides, they don’t know who the birth father is. Lucas is feeling protective of them all and has a lot to think about. Upstairs, Maggie helps Sarah unpack. She sees her wedding gown and comments on Sarah saving it. Sarah brushes her mother off, claiming she kept it because it’s pretty, not because she’s hopeful that they’ll reunite. She’s finally able to be around him without wanting to kill him. Maggie defends Xander, which pisses Sarah off. 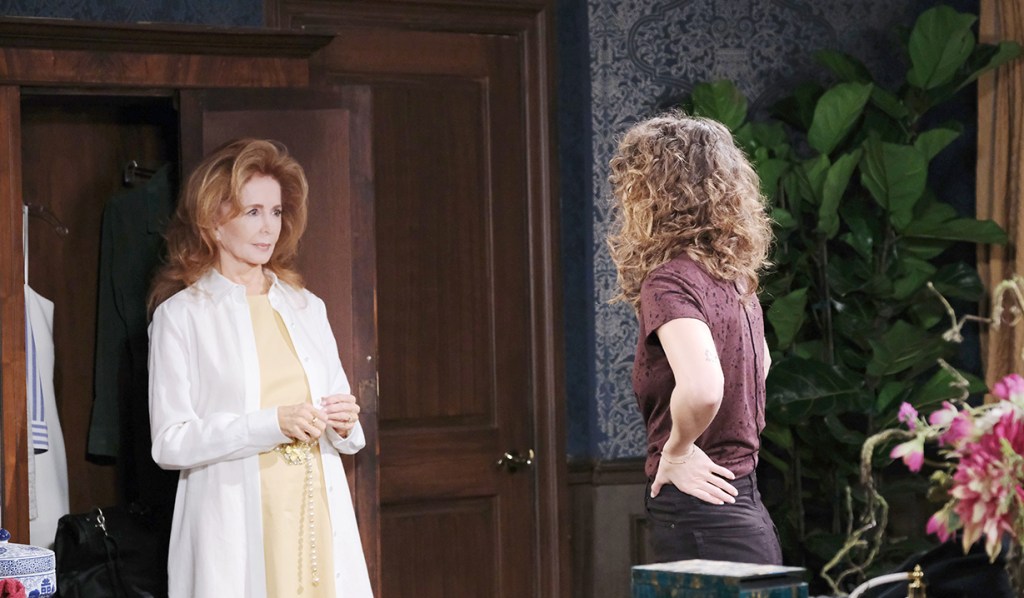 In the square, Allie checks out Xander’s shirtless body as he jogs toward her. He greets her and asks when she’s due. She’s offended. Xander introduces himself to her and lets her know where he lives. He says Will told him she was pregnant. Allie recalls that Will told her about him and asked her to stay away from him. Allie asks him to keep her pregnancy to himself.  She wants to give it up for adoption before her mama finds out. Xander agrees to it and jogs off.

Eric returns home and showers Nicole with kisses. She’s been obsessing about the wedding, and Eric hasn’t had a chance to contribute his thoughts to planning. Eric doesn’t need anything except her – the love of his life. They kiss and since Holly’s having a play date, they head to their room for some sex. Later, they come up for air and find Allie in the living room. She tells them she’s giving her baby up. She might give it to Rafe. He’s a good step-father who always wanted to be a dad. Nicole’s all for it and Eric agrees Rafe’s a good guy. Eric asks if she has given thought to how Sami will feel knowing her ex-husband is raising her grandchild. Eric has concerns but in the end, agrees it’s worth pursuing, though he reminds her she can also try an agency or private adoption. Allie thinks “Mom will never find out,” but Eric says she’ll find out.

Steve bumps into Kayla in the park. She learns he’s back working at Black Patch. They agree he and John are a good team. He’s always had luck with good teammates. This makes Kayla flush. They discuss her upcoming wedding and she didn’t invite him because she didn’t want to put him on the spot but asks if he’d like to come. It’s awkward. She thinks Justin would be fine with it. Kate interrupts. Steve sighs, knowing she’s going to bring up the “stupid key to the city.” Kate says Hope will come to the ceremony. Will he? Kayla’s encouraging. She agrees he’s a hero. Steve finally agrees to do the ceremony. Kate’s thrilled so Steve sarcastically says he’s choked up. Kate goes and Kayla guesses he won’t be at her wedding since it’s on the same day as the ceremony. Later, they agree to be friends. They want the best for each other. They both look emotional as they part ways. 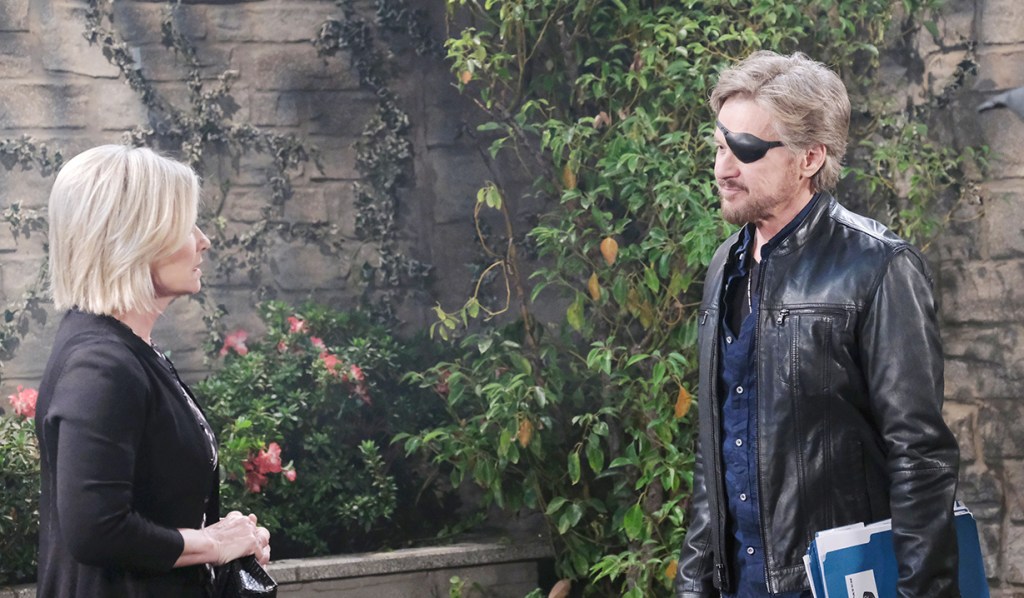 Someone watches Eli and Lani as they walk into their apartment. Inside, Lani admits she’s having a feeling that someone is watching her. Eli tells her he’s been watching her all the time. She’s beautiful. Lani smiles. “Smooth,” she says. She tells him to leave now because the groom can’t see the bride before the wedding. She is worried something will jinx their wedding. He goes to stay with a friend as someone watches from the hall.

Xander interrupts Maggie and Sarah’s talk at the mansion. He gives Sarah flowers and Mags heads to see Victor. He offers to give her another baby. Sarah’s offended. Xander explains Allie’s giving her baby up and he can’t think of a better mother for Allie’s child. Sarah’s confused. “Lucas’ daughter?” She can’t replace Mackenzie with another baby. Xander apologizes. She starts ranting about the baby swap and throws the flowers at him. Xander yells that he loved Mackenzie too. Sarah tears up. He loved Rachel. Because they didn’t know Mackenzie. Sarah asks him to move out because he tramples on her boundaries. Hurt, Xander goes as Sarah cries. Downstairs, Lucas says no matter what, he’d be thrilled at having another grandchild. He thinks Allie’s decision is being clouded by worry over how Sami will react. He hugs Will and goes. The guys agree to tell Allie what they’d like to do – tomorrow.

Lucas goes to Kate at the DiMera mansion. He tells her Allie wants to give her baby up for adoption and Sonny and Will want to adopt. 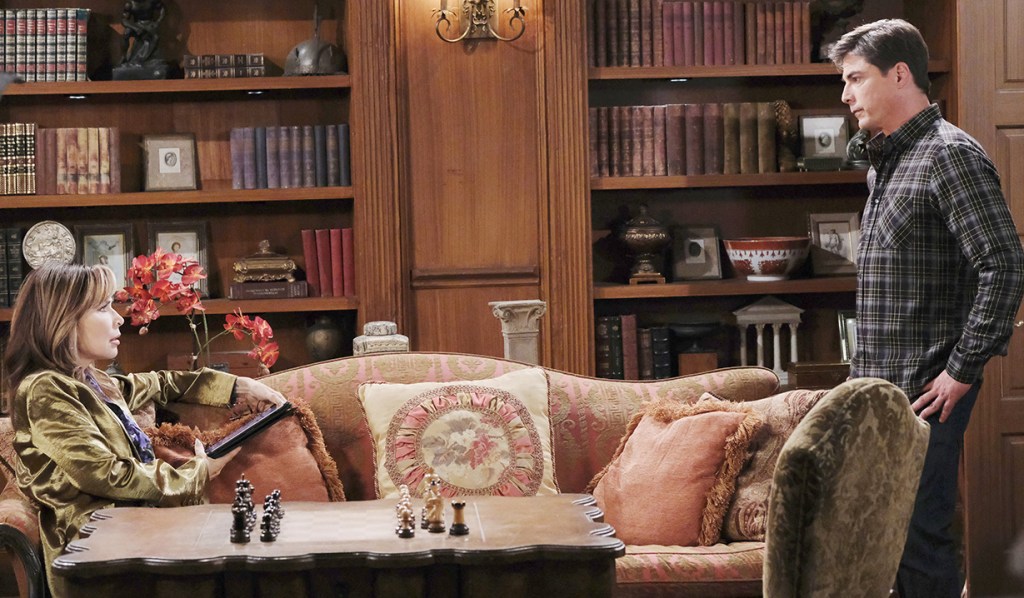 On the next Days of our Lives: Lani gets a surprise visitor.

Lani Is Stunned When She Realizes...