Tuesday June 23, 2020: On Days of our Lives today, Xander learns Sarah's moving, Will and Sonny discuss the baby with Allie, and Lani makes an admission to Eli. 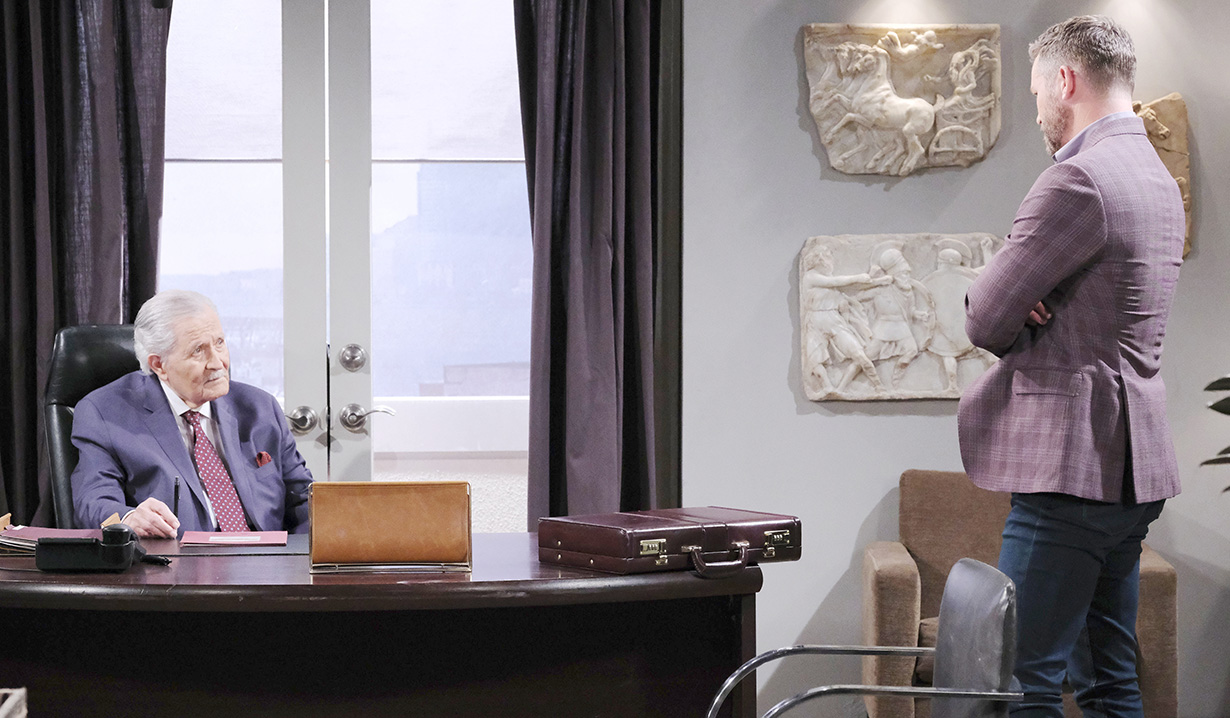 At Eric and Nicole’s place, Lucas chases Nicole to get his phone back. They’re tussling on the sofa when Eric enters. Lucas complains Nicole took his phone; Sami has a right to know about Allie. Nicole explains Allie opened up to her and urges Lucas to listen instead of yelling and returns his phone at Eric’s prompting. 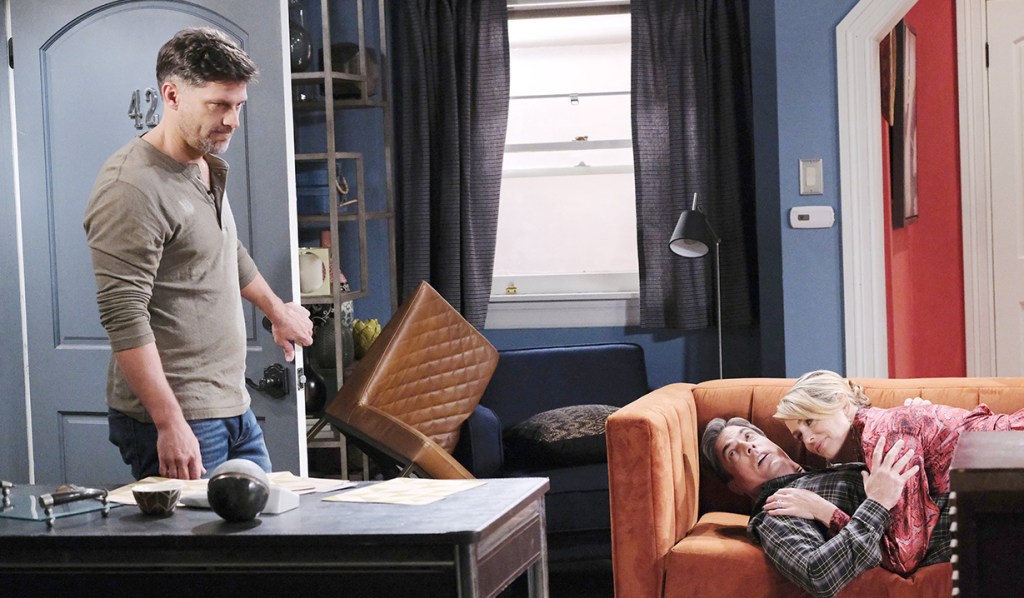 At the Kiriakis mansion, Sonny and Will get up to speed on Allie’s situation. Will assures her he’s there for her. Sonny steps out and Allie remarks on how happy he makes Will. After, Allie ignores Lucas’ call and chats with Sonny and Will about Ari, who will be gutted if Gabi returns to prison and is dealing with losing Mickey. Allie thinks parenting sounds crazy. Will counters it’s also the best. Sonny begins, “We’re also considering…” but Will interrupts. When Allie steps out, Will warns against bringing up their plans to have another child. Allie returns and ponders being a mom. Will worries about the father not being involved and suggests she consider if she’s truly ready to be a single mother. Allie wants stability for her child. Will and Sonny will help her figure it out.

Wheeling her luggage out of the Salem Inn, Sarah runs into Xander, who wonders if she and Brady had a lovers’ spat. Sarah admits she and Brady aren’t lovers – they never were. She wanted to hurt Xander and confesses they were going to have sex, but neither of them could go through with it. “Brady’s still in love with Kristen, and I…” Xander expresses regret for the pain he caused. Sarah stops him as he’s leaving. She says Mickey’s headstone is perfect. “It means more than you know.” Xander learns she’ll crash in the on-call room at the hospital and invites her back to the mansion. She balks, so he offers to move out – Maggie misses her. He convinces her to let him help her with her bags after she agrees to go see her mum.

Brady arrives at Titan to find Victor waiting in the office. He accuses Brady of running his company into the ground and wants to know why. Eli thinks Ciara ran to Grandpa because he didn’t give her a gold star. Victor grunts that Ciara didn’t say a word; Brady’s made bad decisions and clearly wanted revenge by destroying Titan. Brady suggests he fire him. He doesn’t give a damn anymore since losing Kristen and Rachel. Victor won’t fire him – he loves him. Brady rants that he’s not raising his child with the woman he loves because of him. Victor admits what he did is the regret of his life and wants to help.

At home, Lani looks forward to Gabi being found guilty and put away. Eli assures her that no one, including Gabi, will ruin their Fourth of July wedding. Lani wishes Kristen could be there. Eli’s surprised. Lani knows people don’t trust her, but she’d make her the maid of honor if she could. Eli recalls she’s on the run after stabbing Victor. Lani’s heart broke for Kristen, who deserved a chance with her daughter. Eli assures her he’s completely forgiven her for letting her friend escape and wants to show her how much he loves her. After sex, Eli wants to stay there, naked, but takes a call from Brady, who wants to discuss a police matter. Eli agrees, but starts making love to Lani again since it’s not an emergency.

At Eric and Nicole’s place, Lucas leaves Allie a calm message to meet and talk. Nicole confides that Allie realizes it’s too late to end the pregnancy and she wants space to figure things out…which means no Sami. Eric proposes keeping the pregnancy on the downlow until Allie figures things out. Lucas apologizes for arguing and leaves to find his daughter. Eric thinks Lucas fishing for his phone in Nicole’s blouse looked fun. They kiss, then he chases her to the bedroom.

At Titan, Brady tells Victor that Detective Grant’s on his way. Eli arrives and Brady says his grandfather has a confession. Eli turns on his recorder, and Victor says he lied about Kristen stabbing him.

Sarah and Xander arrive at the Kiriakis mansion. She goes upstairs, and Xander overhears Allie talking to Sonny and Will about her baby needing a good home. Will and Sonny pledge their support again. Sonny, Will and Allie share a group hug. Later, Sonny tells Will if Allie’s not ready to raise her child, “Are you thinking what I’m thinking?” Will replies, “That we should adopt Allie’s baby?” Upstairs, Sarah finds her wedding dress and flashes to anticipating the nuptials. Xander appears, then exits awkwardly. 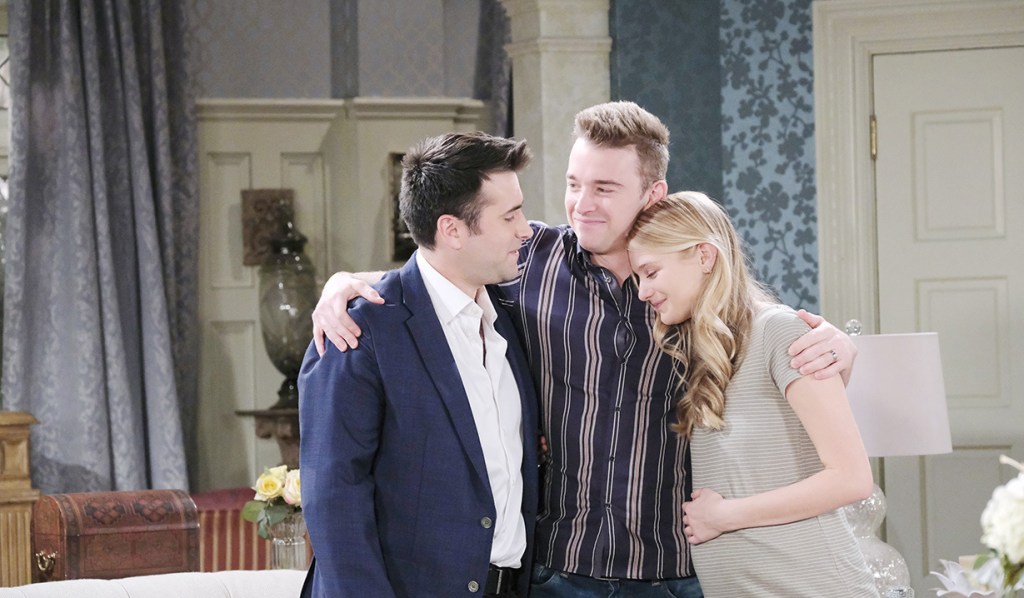 Lucas finds Allie in the square and apologizes for being over-bearing. He’ll go along with what she decides and won’t tell Sami for now. He wants to discuss raising the baby, but she doesn’t plan to raise it at all. 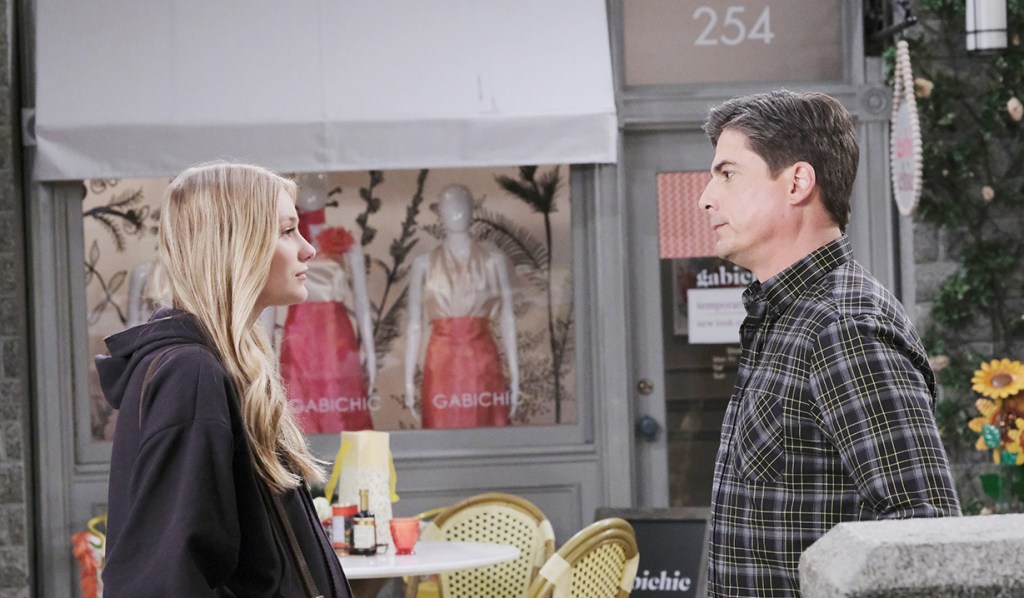 In Brady’s Pub, Lani chats to her unborn baby as someone watches her.

<p>Sarah sees Xander at the square. She makes a confession to him regarding Brady.</p>

<p>Eric walks into his apartment only to see Nicole lying on top of Lucas. It’s not what it looks like. Lucas is trying to get his phone back from Nicole.</p>

<p>Nicole hands over Lucas’ phone. The argument is officially over.</p>

<p>Will is thrilled to see younger sister Allie show up on his doorstep. She’s pregnant and he has questions. In the end, after talking to Sonny and Will, Allie has a realization about her baby.</p>

<p>Lucas has concerns for his daughter Allie. She’s pregnant, won’t say who the father is, and he just clashed with Nicole over the whole thing. Allie tells her dad she’s made a decision.</p>

<p>Eli and Lani have had a busy week, saving Gabi’s life. They take time for themselves to make love at home.</p>

<p>Victor’s no dummy. He’s on to Brady, who has been selling off the good parts of Titan in order to take his revenge on his grandfather. Brady invites him to fire him, but Victor wants to make things right.</p>

Dr. Rolf Reaches Out to a Mystery...